In blurring fact and fiction, 'The Rider' achieves truth and poetry

Chloé Zhao’s 'The Rider'—a film about a Native American man on a reservation, made by a Chinese-American woman from the city—may be this year's best American film 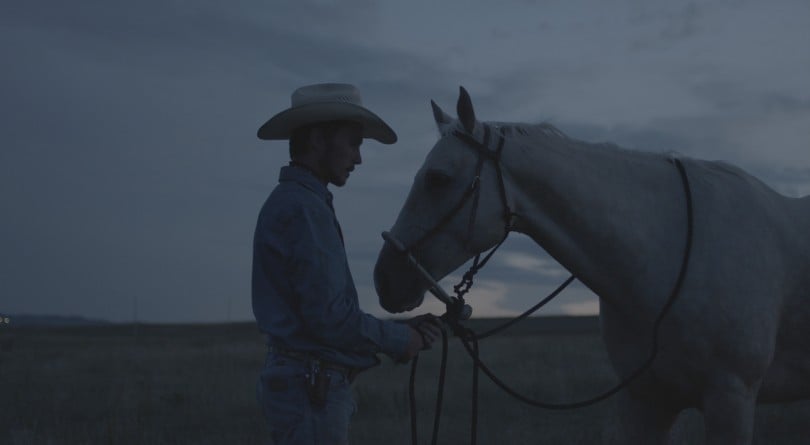 Brady Jandreau as Brady Blackburn, in a scene from 'The Rider.' (Sony Pictures Classics)

She was in the basement of a cattle rancher’s house on the Pine Ridge Indian Reservation in South Dakota, where she was working on her debut feature, 2015’s critically acclaimed Songs My Brother Taught Me. Enter Jandreau, a local Pine Ridge horse trainer of Lakota descent, who swaggered into the ranch, his clothes filthy, streaked in manure. “Wow,” Zhao remembers thinking at the time. “This is a face the camera’s going to love.”

The Rider, Zhao’s follow-up, returns her to Pine Ridge’s close-knit Native American community to put Jandreau front-and-centre as Brady Blackburn, a bronco-riding “Indian Cowboy” recovering from a serious, career-ending head injury. It’s the same injury that, not incidentally, Jandreau himself suffered in 2016, about a year before filming began. His head wreathed by a crown of thick stitches, his sense of identity torn asunder, Brady drifts through day-to-day life on his family’s modest ranch, quarrelling with his demanding father (played by Jandreau’s real-life dad, Tim Jandreau) and minding his sister, Lilly, who has an intellectual disability (again, played by Jandreau’s actual sister, also named Lilly). The Rider is a film of blurred lines: between documentary and fiction, between various stereotypes of masculinity and Native American identity, between what writer-director Zhao calls “truth and poetry.”

And yet, at first glance, Zhao seems an odd chronicler for a story emerging from a nuanced understanding of life on a reservation. A young, female, Chinese-American filmmaker who grew up in bustling global metropolises (Beijing, London, New York), Zhao came to Pine Ridge as a total outsider. “I saw something missing, as a storyteller,” says Zhao, sitting awkwardly cross-legged in a hotel suite during the 2017 Toronto International Film Festival. “There’s something really interesting to me about people who do not want to be part of the busyness of the world, and want to hold onto a certain way of life.”

But instead it is, for all these reasons, a wonderfully dense, considered, and felt piece of filmmaking—and an early contender for the best American film of the year.

In depicting life on the reservation, The Rider strives towards a necessary complexity. It’s perhaps best embodied in the central idea of the “Indian Cowboy”—a native American who sports faded denims, spurs, and wide-brimmed hats, making a living as a rodeo performer. It’s a complicated cultural position, one which mixes and matches stock tropes of the Indigenous living, The Wild West, and macho American maleness. “That’s a very specific American identity,”says Zhao. “They’re the offspring of something that’s quite dark in American culture, cowboys versus Indians. Yet this is a culture that’s flourishing.”

Indeed, to meet Jandreau—who was just 22 at the time he starred in The Rider and reportedly sat on his first horse at just 15 days old—is to confront this complex mash-up of signs, symbols, and distinctly American iconographies. Holding court in his own downtown Toronto hotel room months ago, Jandreau is dressed in well-ironed blue jeans, and a colourful pearl snap western shirt, his Stetson hat accented by a bald eagle feather (native Americans are the only group legally authorized to obtain and wear eagle feathers, a small gesture of cultural protectionism on the part of the government). He embraces his newfound movie stardom with a consummate professionalism, and talks with unembarrassed passion about his love of rodeo. “I think about rodeo every day,” he says, more than a bit wistfully. “I miss it. It’s what gave me purpose.” 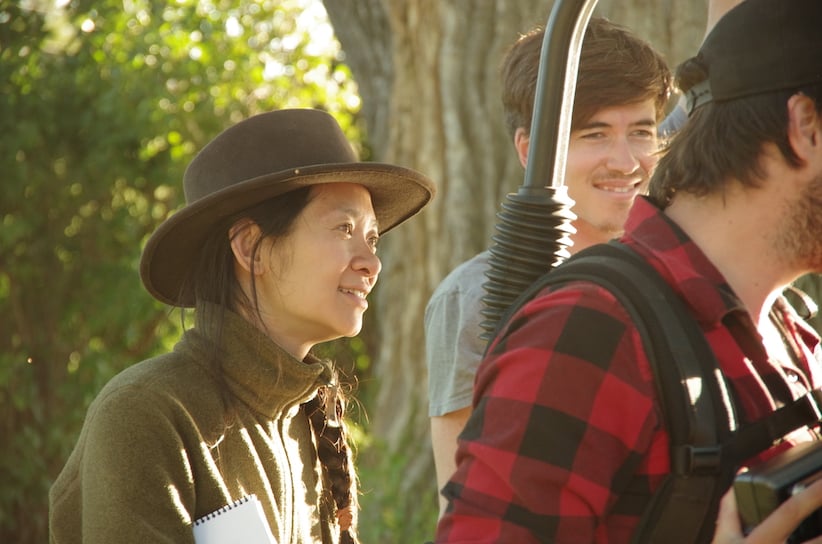 Chloé Zhao, the director of ‘The Rider.’ (Sony Pictures Classics)

Performing in rodeos served as a sort of training camp for Jandreau, whose acting credits had hitherto been limited to a performance in an elementary school play. For him, as for all of us, life itself is something of a performance. Beyond the rodeo, training and selling horses conditioned him to the idea of presenting himself in certain ways. This inward turn continued after his critical head injury, after which he suffered bouts of depression and mood swings, further training him to manage his emotions. As a kid of mixed-parentage, he says he long felt caught between roles on the reservation. “When I was young,” he explains, “kids who were more native American than me would call me ‘white boy.’ To my white friends, I was ‘that Indian kid.’ ”

As The Rider’s Brady Blackburn, Jandreau wades through a culture of mixed messaging and muddled expectations. He knows he can’t ride professionally, and yet his personality depends on it. Despite the lethal consequences of getting back into rodeo, Brady’s friends and family consistently egg him on, challenging his masculinity and his whole sense of self. When he takes a job stocking shelves at a grocery store, he is humbled to the verge of humiliation, head hung low as he avoids the gazes of locals who know him best as a small-town hero. Watching these scenes, Jandreau felt the most out-of-his-element, as the doc-fiction hybrid style of storytelling falls away in favour of pure narrative invention. “I forgot that was me,” Jandreau says of these scenes. “I saw myself acting there.”

For Jandreau, the decision to lend himself over to Zhao—not to mention large portions of his, and his family’s, private lives—was easy. When he met her on the set of her first film, he felt an immediate bond. “We connected right at the beginning,” he says, recognizing the filmmaker’s genuine interest in him and his community. The exploration of this connection constitutes the subtext of the film, yoking it—however tendentiously—to certain governing concerns in contemporary discussions around art.

In an era where cries of “cultural appropriation” ring out across various fields, from literature to fusion cooking, and where the legitimacy of artists to tell certain stories is being constantly interrogated (with varying measures of thoughtfulness), Zhao’s films feel like a bit of a riposte. In casting real people as fictionalized versions of themselves, and in affording them the space to present their own stories (or versions of them), The Rider established a sacred communion between its maker and her subjects, and between those subjects and the viewer in turn.

Zhao’s goals are more explicitly modest. She doesn’t see herself as some self-important cross-cultural emissary—and that’s just as well. “At some point I stopped believing that me making films can change people’s lives,” she says, not at all sentimentally. “If I wanted to do that, I’d be a doctor. In Brady’s case, I was moved by what he was going through. I wanted to somehow experience things with him, and capture it in a certain way, so that someone else could see the struggle he goes through.”

The late film critic Roger Ebert famously described cinema as “a machine that generates empathy,” praising the medium’s ability to enable understanding across cultures, backgrounds, time and space. While it’s a bit reductive as a definition of the entirety of filmmaking—would anyone praise Stanley Kubrick, or Lars Von Trier, or Transformers: Revenge of the Fallen for their capacity to stir empathy?—it holds true in the case of The Rider. This is a film about the kind of deep understanding that transcends differences in geography, class, ethnicity and culture. It’s not about the irreconcilable schism between truth and poetry, but about finding the truth in poetry, and vice-versa.

For writer-director Zhao, any presumed duty to fealty of life on Pine Ridge risks tripping up the storytelling. Her concern is an even more basic, fundamental, harder-won human empathy. And it offers an important lesson in an era of appropriation debates and anxiety around stepping outside ones own delimited milieu, where anything from practicing yoga to eating sushi can be chalked up as cross-cultural colonization.

As a conscientious, and even low-key wise, young filmmaker, Zhao knows she need offer no justifications for her film, her relationship with Jandreau, and her sustained interest in life on South Dakota’s Pine Ridge Indian Reservation. Like all great art, The Rider justifies itself.