In the mood for martial arts: 'The Grandmaster' 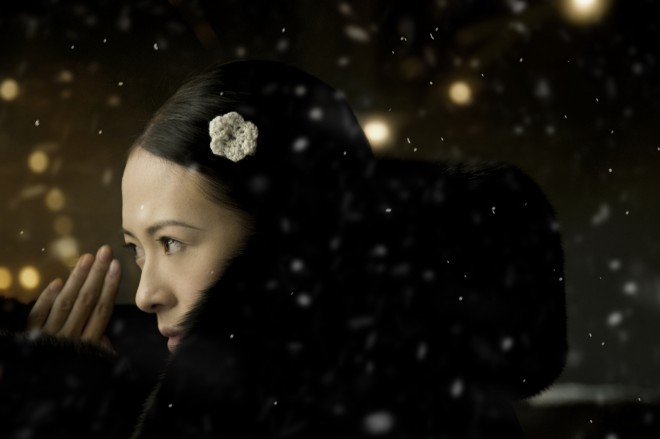 Ziyi Zhang in 'The Grandmaster' / courtesy of eOne Films

The Grandmaster is not the first movie about Ip Man, but it’s a bold departure from the usual genre fare. Although its fight scenes are superbly executed, with a precise devotion to detail, it’s not so much an action movie as an action painting: an exquisite widescreen watercolour. From the first shot—a flood of slow-motion macro raindrops bursting over the pavement as Ip Man prepares to fight off a horde of attackers in a storm—each battle unfolds as ballet of brushstrokes, a dance of limbs softly exploding into space. 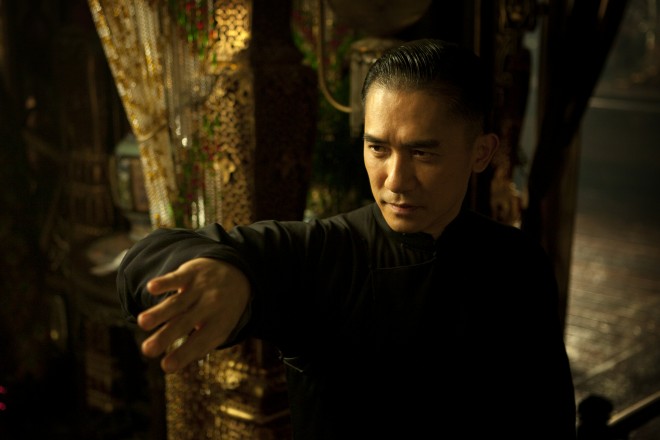 Tony Leung in 'The Grandmaster'

This epic tale, which begins in 1936, hinges on a duel between the 40-year-old Ip Man, a Cantonese master, and Gong Baosen, a master from the North, whose daughter, Gong Er—played by an ethereally poised Ziyi Zhang (Crouching Tiger, Hidden Dragon)—inherits her father’s threatened legacy. From their first duel, as much a seduction as a fight, a slow-burn attraction develops between Ip Man and Gong Er. Their unrequited romance is played out over decades of separation, and the upheavals of Chinese history, notably the Japanese occupation. The story unfolds against panoramic landscapes that range from China’s wintry north to the sub-tropical south. The movie’s epic sweep and spirit of romantic longing recalls Doctor Zhivago, complete with a breathtaking scene in a railway station, although the narrative is as scattered and elusive as the snowflakes that drift across Zhang’s perfect cheekbones.

The story, which is threaded with technical notes and sage homilies about kung fu, is hard to follow, even with a rather clunky overlay of exposition. But frankly, I would have been happy to watch this film without a word of dialogue. Though The Grandmaster is cloaked in the luxurious décor of a period film on a historic mission to honour the legacy of Ip Man and his art, it seems like a front for a film that wants to lose itself in the art of filmmaking. Here is movie “violence” that feels like silk, a silent dialogue of measured glances—stolen and lingering but always unblinking—framed in a suite of duels, each a romantic pas de deux. The camera has a special affection for feet, with lingering close-ups of embroidered slippers that steal across the floor like cat’s paws waiting to lunge. The lens moves like a partner in the dance, each shot gliding in a synch with the actors’ movement, riding a hypnotic score of low-slung strings that echo the opiated fugues of In the Mood for Love.

If this were just an opulent exercise in style, it would feel empty. But Wong has imbued a martial arts film pageant with the same sense of intimate longing that infused In the Mood for Love. One could say he’s repeating himself. So what? After the sad disappointment of the director’s previous film, My Blueberry Nights (2007)—a hollow confection starring Norah Jones and Jude Law—The Grandmaster marks an eloquent return to form. For fans of the director, it’s a must-see, and for those who’ve never seen a Wong Kar Wai movie, it’s not a bad place to start.

Also opening this week are The World’s End and Prince Avalanche. For my reviews, click here.