Inside Julian Assange's world, the moving target of 'Risk' 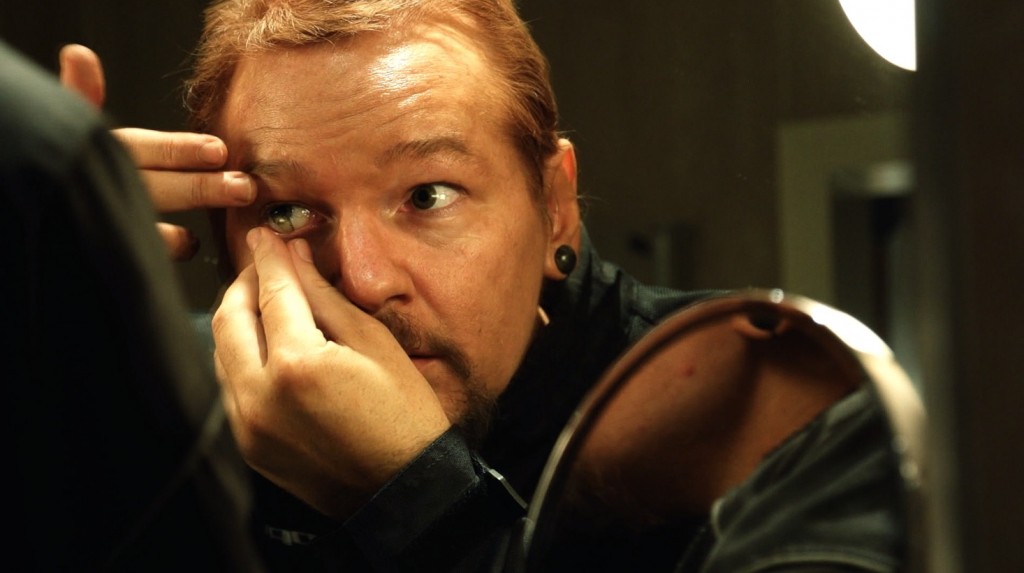 Welcome to the May edition of a column series called Movies That Matter, where we single out one film for special attention from the 40-odd titles released on average every month. It may not be the best movie of that time period, but one that shows us something we haven’t seen before—something remarkable. It could be the film’s innovation in style, its rare subject matter, or its resonance with the zeitgeist. It could be a groundbreaking performance from an unknown talent, or a veteran actor suddenly cast in a new light. Which brings us to Risk, a documentary about Julian Assange from Oscar-winning American director Laura Poitras, which is out now in the U.S. and comes out on May 12 in Canada.

The best, and most difficult, documentary subjects are slippery. They resist easy moral judgments, and the more we learn about them, the more mysterious they become.

Julian Assange, the fugitive founder of WikiLeaks, is slippery in every sense of the word. And that’s what makes him so darkly mesmerizing in Risk, a documentary portrait of Assange from Laura Poitras, perhaps best known for Citizen Four. Over a period of six years, Poitras trails Assange with an access that’s so intimate it’s jaw-dropping—but the closer she gets to him, the more elusive he seems. He’s the ultimate moving target, even though he has spent the last four years holed up in London’s Ecuadorian embassy, evading extradition to Sweden for alleged sex crimes and the threat of U.S. prosecution on conspiracy and espionage charges.

The risk in making a time-lapse documentary like Risk is that when you think it’s finished, the story keeps developing. An earlier version of the film premiered a year ago in Cannes, and the completed film is finally being released here May 12, days before the opening of the next Cannes film festival. Over the course of that year, much has happened to Assange—notably the U.S. presidential election, and the bombshell of WikiLeaks publishing hacked emails from the Democratic National Committee. So Poitras tore apart her film and updated it, to include recent developments but also to radically realign its point of view. The result is a more complex and less heroic portrait of Assange, one that reveals the director’s struggle to reconcile her torn allegiances, as she reads excerpts from her production diary. Though she’s off camera, you can almost see her throwing up her hands in exasperation. “This is not the film I thought I was making,” she says. “I thought I could ignore the contradictions. I thought they were not part of the story. Now I realize they are the story.”

That could be the definition of a good documentary: a film that takes on a life of its own and defies the director’s best intentions. Risk is not the first movie about Assange. He’s been the subject of two dramatic features, an Australian TV movie called Underground: The Julian Assange Story (2012) and Hollywood’s The Fifth Estate (2013), in which Benedict Cumberbatch eerily embodied Assange’s creepy, alien intelligence. But both dramas documented events in a more pedestrian fashion than Risk, which unfolds like a noir thriller.

Although Poitras is clearly an activist on a mission, one senses that her final loyalty is to the cinematic power of a seductive image. She has a remarkable knack for shaping vérité footage and soundscape into a dramatic narrative of almost sexual urgency. I use the word vérité advisedly, because her camera is less of a fly-on-the-wall than a fly-in-the-face, and there’s nothing random or haphazard about her filmmaking. Poitras has composed a 97-minute drama of “unguarded” moments from years of being in the right place at the right time. At its heart is a maddening engima who behaves like a reclusive rock star. Assange is a quietly compulsive performer who’s strangely immune to the irony of his situation—that he’s a crusader for transparency living in the shadows of a minutely cultivated mystique.

His almost naive sense of entitlement can take on a comic absurdity that’s nearly Trumpian. Before he seeks asylum, a female lawyer desperately tries to convince him to tone down his hostile language toward the two Swedish women accusing him of rape and molestation. Dismissing their charges as “a thoroughly tawdry radical-feminist positioning thing,” he blithely concludes: “The problem is there’s two women. If there was one, you could go, ‘She’s a bad woman.’ Because it’s two, it’s much harder.’ ” Later he muses that he owes his celebrity “as a globally recognized household name” to the charges. “My profile didn’t really take off until the sex case,” he says, joking that he should have “a sex scandal every six months—it’s a platform.”

Assange behaves like an actor living in his own movie. As he makes his escape to the Ecuadorian embassy, there’s a Mission Impossible air to scenes of him dyeing his hair and inserting contact lenses to mask his blue eyes. Poitras follows his every move, with a camera on his motorcycle as he races through traffic disguised as a courier. 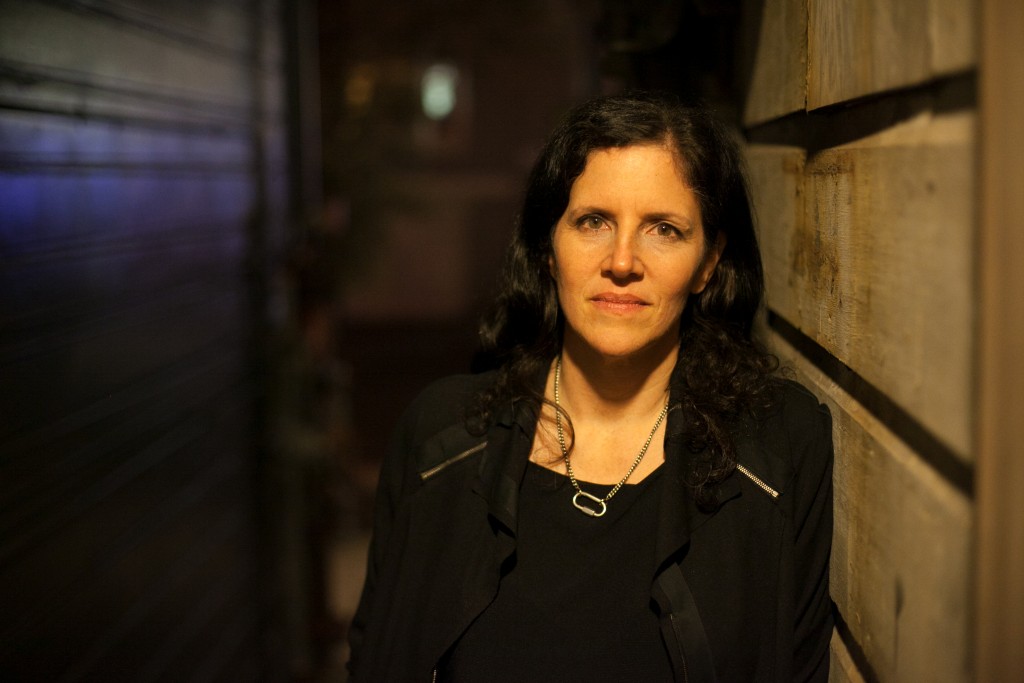 As a wanted man, confined to an embassy that’s surrounded by a massive police presence, Assange has plenty of reasons to be paranoid. But the paranoia only seems to feeds his ego, and he clearly relishes the romance of his exile. In a surreal scene, Lady Gaga drops by his bat cave for a visit, and after expressing her dismay at his dismal room in the basement of the Ecuadorian embassy—”this is like you’re in college!”— she records a flaky interview with him. First she persuades him to change into a T-shirt, in keeping with his image as an underground anti-hero. Then she points her little video camera at him and asks questions like “what’s your favourite food?” and “do you ever feel like just f—ing crying?” Struggling to maintain his dignity, Assange says, “Let’s not pretend I’m a normal person.”

Up to a point, Risk plays like a prequel to Citizen Four, in which Poitras had intimate access to NSA whistleblower Edward Snowden as he fled U.S. authorities, then filmed him in a Hong Kong hotel room as his scandal unfolded in real time on cable news. Assange is far less sympathetic, or “normal,” than Snowden. But he’s more charismatic, and in almost every frame he seems intoxicated by his own influence, especially on his team members. Assange’s right-hand woman, Sarah Harrison, dotes on him so slavishly that one can’t help but wonder about their relationship. There’s an exquisitely weird scene where she and WikiLeaks operative Jacob Appelbaum take turns cutting Assange’s hair.

Poitras was clearly part of Assange’s inner circle, but what makes the film so riveting is how she distances herself from her subject the closer she gets to him. “With this film the lines have become very blurred,” she says. “Sometimes I can’t believe what Julian allows me to film. He’s managing his image but also being vulnerable. It’s a mystery to me why he trusts me, because I don’t think he likes me.” He’s the soft-spoken megalomaniac who’s under the delusion that he’s controlling the movie we’re watching. And s the years slip by, the relationship frays. When Poitras finally shows Assange a cut of the film, he’s furious, and they part ways.

The plot thickens in June 2016, when Appelbaum becomes the target of sexual abuse allegations. He denies them and no charges are laid, but this gets us wondering about the cultish overtones of WikiLeakers and their sexual habits—especially when Poitras says a friend of hers had been abused, then goes onto admit that she too was once briefly involved with Appelbaum.

Risk leaves a trail of unanswered questions. And it only skims over Assange’s lopsided enmity toward Hillary Clinton, the “warmonger,” versus Donald Trump, who is merely “unpredictable.” But the film’s cagey impressionism, along with the enigma of its protagonist, is what makes it so irresistible—not just as a documentary portrait, but as a cinematic narrative that conjures a to-be-continued sense of mystery. And down the line, if anyone is going to pick up the thread in this unique franchise, it will likely be Laura Poitras.