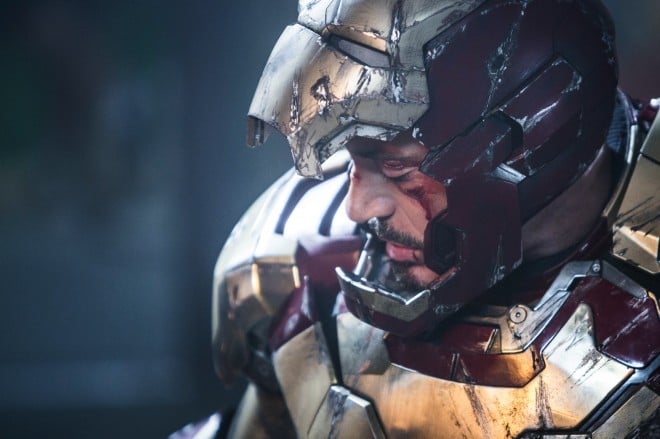 The Chinese are unhappy with the Chinese version of Iron Man 3. But not for the usual reasons. Unlike Skyfall and Cloud Atlas, this Hollywood blockbuster hasn’t been cut by Chinese censors. On the contrary,  it runs longer than the version released in the rest of the world, embellished with four minutes of extra scenes. One features a couple of Chinese movie stars demonstrating the superiority of Sino surgery on Tony Stark, and another sells a clunky product placement for a local milk drink with the line, “What does Iron Man rely on to revitalize his energy?” The scenes, shot in Bejing by a Chinese studio, annoyed China’s critics. (Yes, even in the land of muzzled, state-owned media, there are film critics.) But China was also miffed that China’s stars were cut from the movie the rest of the world will see—Wang Xueqi, who plays Dr. Wu, has 10 seconds of screen time in the international version.

Having seen the (non-Chinese) Iron Man 3, in 3D, I’m now wishing the studio had created yet another version of the movie. One with no action, just acting.

An action movie with no action? Yes, I’m being facetious . . . but only up to a point. My enjoyment of the film did seem to run in inverse proportion to the volume and intensity of the CGI action scenes. With each sequel, there’s seems to be a need to escalate the special effects and high-tech wizardry. Now, when Tony Stark puts on the full metal jacket, its modular pieces comes flying at him from a great distance like drone projectiles.

But the strongest asset of this franchise is still the switchblade repartee of its star, Robert Downey Jr., so immaculately cast as a playboy smartypants armoured in hubris. And in Iron Man 3 Downey Jr. is given lots to work with. It’s a better, smarter movie than the previous sequel, which played like a gladiatorial monster truck rally. Yet it’s not as strong as the first movie in the series, which was terrific. Iron Man 3 is still marred by that disconnect between the subversive wit of Stark’s dialogue and the clichéd tedium of the action. 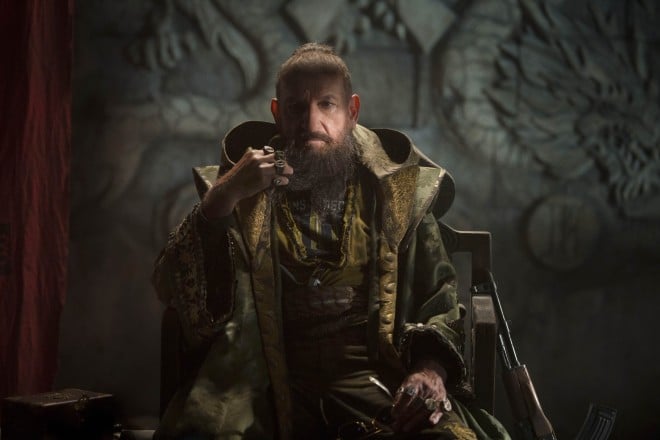 Writer-director Shane Black, who directed Downey Jr. in the devilish Kiss Kiss Bang Bang (2005),  has taken over from Jon Favreau, who directed the first two Iron Man installments. And Black has upped the psychological ante. The jittery vulnerability behind Stark’s quest to be invincible is, well, more starkly etched than ever before. Suffering from post traumatic stress disorder, he’s ravaged by insomnia and anxiety attacks, which puts Downey Jr. right in his wheelhouse, behaving like a twitchy addict on a jagged come down.

Also Ben Kingsley does a masterful job as the Mandarin, a trickster terrorist who shares the villainous chores with twisted scientist Alldrich Killian (Guy Pearce). No longer the Yellow Peril caricature from the comic book (that would never have played in China), the Mandarin is not even Chinese. And Kinsley plays him with a genius that’s impossible to describe without giving away a key plot twist.

Downey Jr. is surrounded by overqualified actors. As Maya, an intriguing ex-lover who swoops back into Stark’s life, Rebecca Hall coolly upstages Gwyneth Paltrow—who’s stuck in her thankless role as wifey-pooh window-dressing/damsel-in-distress, kidnapped and strung up in poses that seemed designed to show off her gym-toned body. Hall has more to work with, but like a number of the script’s loose ends, the promise of her character doesn’t pay off. Rounding out the cast, and filling out his own Iron Patriot suit, is Don Cheadle as Lt. Col. James ‘Rhodey’ Rhodes, Stark’s government-issue sidekick. Favreau provides some comic relief as a Stark’s low-tech, blundering security boss. And to give the kids a point of contact, after typically falling from grace, a bruised and beat-up Stark spends some time playing gruff father figure to a wide-eyed young boy (Ty Simpkins), who helps him rebuild his shattered suit in his small-town basement.

The first half of the movie has great momentum, rolling along on a high-octane blend of diabolical intrigue and playful wit. But in typical blockbuster fashion, the third act grinds through a generic action sequence that feels interminable. That said, despite the script maze of loose ends, it does knot Tony Stark’s storyline with an elegant finish, which would allow Downey Jr. to gracefully mothball the iron suit, bringing it out only for another Avengers outing or two. But don’t count on it. As Johnny Depp has shown with Pirates of the Caribbean, it’s hard to walk away from a blockbuster brand before it goes bust. 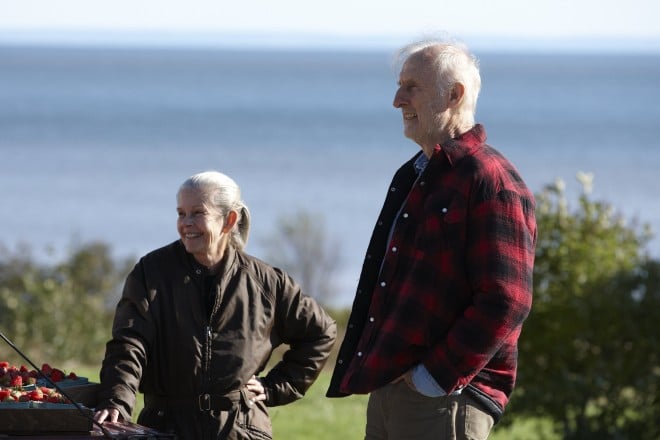 For something completely different, also opening this week is Still Mine, a small but lovely picture from Canadian writer-director Michael McGowan (One Week, St. Ralph). After taking a critical beating for his previous outing, A Score: A Hockey Musical, a sad triumph of conceptual ambition over common sense, McGowan redeems himself with a solid, sensitive drama that strikes me as the best film of his career.

In an inspired coup of cross-cultural casting, James Cromwell and Geneviève Bujold co-star as a real-life married couple from New Brunswick. In a stranger-than-fiction story, Craig Morrison (Cromwell) becomes embroiled in a court battle with government bureaucrats, who stymie his plans to build a house on his own land so that his wife (Bujold), who’s succumbing to dementia, can have a comfortable room with a view overlooking the Bay of Fundy. The narrative is split between Morrison’s struggle to build the house and a romance built of tender senior moments with his wife.

Cromwell and Bujold are both a treat, and they have genuine chemistry together—not surprising since Cromwell has had a crush on his co-star since the 1960s.  McGowan crafts the narrative with honest moments and telling details. The story’s sturdy construction, not unlike that of the house, is a thing of clean lines and modest beauty. For more on the film, and interviews with McGowan and Cromwell, go to my recent Maclean’s story.