Lashana Lynch's character may not be replacing James Bond, but the new female agent is more of a Bond equal than a Bond girl 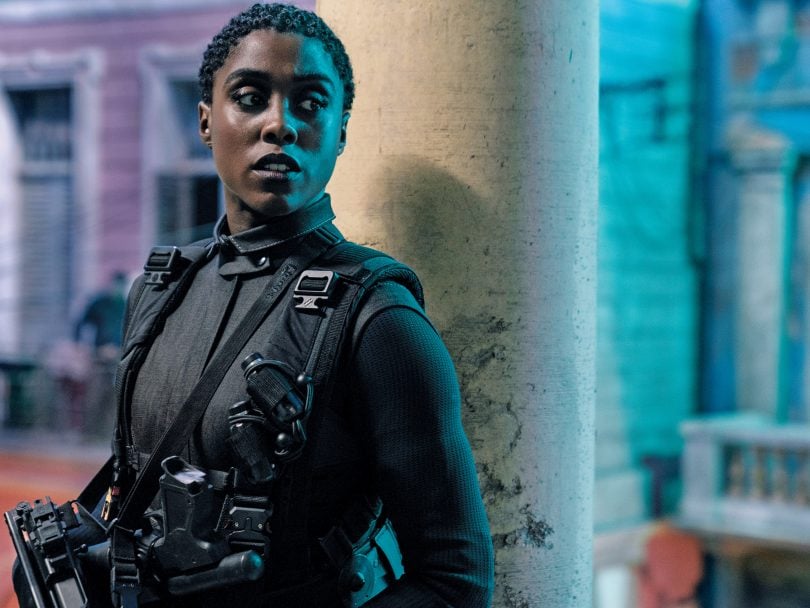 “The world’s moved on, Commander Bond,” says the new 00 in No Time to Die. That would be Lashana Lynch, the actor who shook—and stirred, I suppose—the collective consciousness when it was announced last summer that she would be playing not a Bond girl but a Bond equal, a female agent not only as dishy as 007, but as deadly (with her wit as much as her weaponry). It wasn’t a huge leap to the rumours that she would be taking over Daniel Craig’s role after he bowed out—until producer Barbara Broccoli quashed the idea of a female Bond in no uncertain terms. “He can be of any colour, but he is male,” she told Variety. “I believe we should be creating new characters for women—strong female characters.” Post-#MeToo, the world’s moved on, and the future is female. Or at least more female than it once was.

No Time to Die unravels in the wake of Bond’s retirement. The last scene of Spectre had 007 and the woman he had just saved, Dr. Madeleine Swann (Léa Seydoux), literally driving off into the sunrise. Though she returns this time around, it is with the looming spectre (sorry) that she may have betrayed the man who gave up everything for her. Swann is somehow linked to a villain named Safin, who looks like the Phantom of the Opera and is played by Rami Malek, so, presumably, Bond has transferred his affections to Paloma (Ana de Armas), his new supermodel sidekick. It is unlikely he has fallen for the new 00—government name: Nomi—who Lynch tells me has more of a sibling rivalry-type of relationship with her 00 predecessor. “I think Bond and Nomi have a great way of using their cat-and-mouse relationship to get the job done, whilst taking the mick out of each other,” she says over the phone, using the British turn of phrase for teasing. 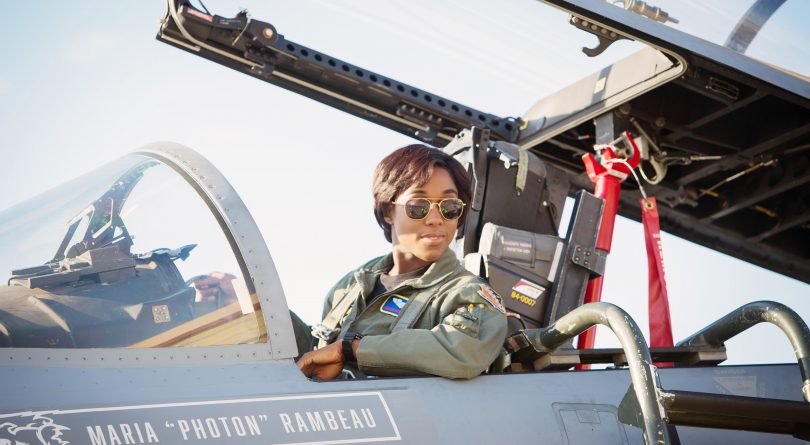 Though she recently appeared in Captain Marvel as the titular character’s best friend, Lynch is not really known in North America. But her casting in No Time to Die is only surprising until you hear the reasoning behind it. In 2018, Broccoli was producing a play in London called ear for an eye written by debbie tucker green [sic]. It included a scene in which Lynch confronted an older, white, mansplaining professor about why right-wing radicals aren’t classified as terrorists. Though he kept shutting her character down, she held fast to the intellectual and moral high ground. “That kind of power struggle on the stage is what let [Broccoli] know that I could handle . . . ”—here Lynch appears to search for diplomacy—“putting my power alongside an older white man’s power.” In the case of No Time to Die, the power is not just intellectual. Lynch jokingly asked the stuntmen on set if they could turn her into a ninja—and they said yes. She learned boxing and kung fu and how to use several types of guns and knives. While the training was so intense she sometimes felt like passing out, she was “grateful” for a safe space in which that would have been okay.

Lynch, who is of Jamaican descent, is not the first Black actor to play a Bond woman—that was Trina Parks in Diamonds Are Forever in 1971—but she joins an array of women of colour, from Halle Berry to Michelle Yeoh, who are a far cry from the traditional submissive 007 playmate with the pornographic name and fewer lines than curves. Though Lynch is familiar with them, too. “My dad used to make me watch [the Bond movies] when I was, like, a baby,” the 34-year-old actress says, “so I like to think that I have some kind of Bond catalogue in the back of my brain.” To make Nomi more flesh and blood, she gave the character her own backstory, including a date of birth, star sign, what she’s like on her period, in relationships, in the morning, her favourite dishes, whether she likes to work out—you know, things that “make a difference to how she enters a scene.” During filming, Lynch also worked her way through all 24 of the Bond films in order to “immerse Nomi into this world.” 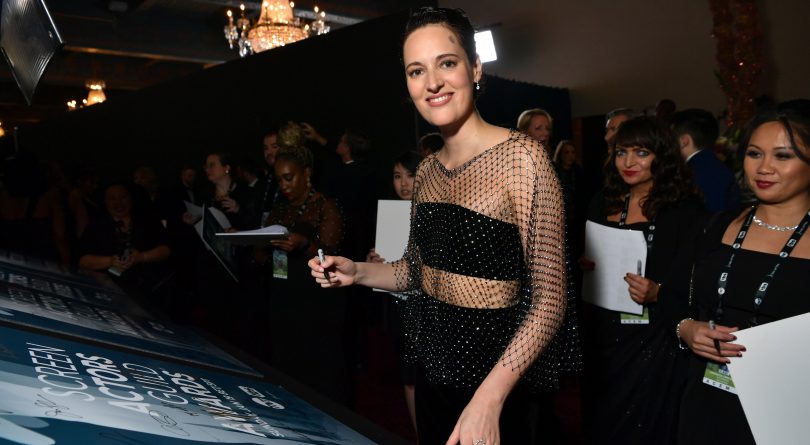 Dr. No was her favourite. The first Bond film, with Sean Connery originating the role, also happens to include the first female screenwriter in the series, Johanna Harwood, who also worked on From Russia With Love and Goldfinger (uncredited). It took 56 years for the next woman, Phoebe Waller-Bridge, to be hired as a writer. As the multi-hyphenate behind Fleabag and Killing Eve, Waller-Bridge’s “moment” as the bold feminist wit du jour made her a savvy follow-up choice to polish No Time to Die. Her post-#MeToo tweaks to the traditionally chauvinistic franchise’s storyline and characters ensures, as Waller-Bridge told Deadline, that, even if Bond doesn’t, the film itself “treats the women properly.” 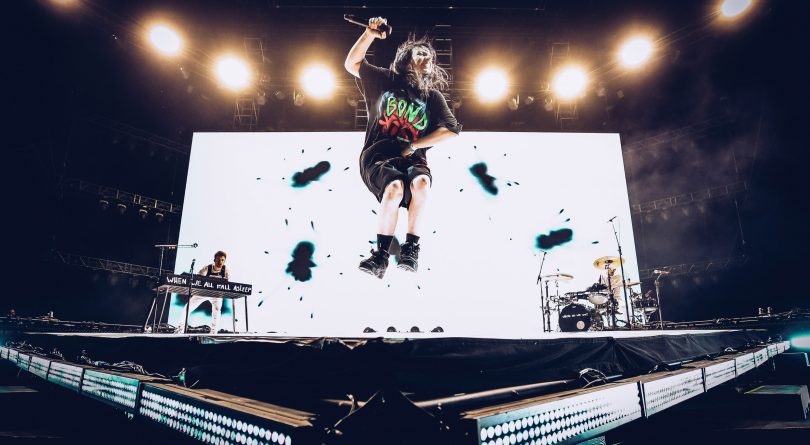 Off screen, the Bond trust has been doing a pretty good job of it. Though plenty of women have performed the films’ title songs—Shirley Bassey’s Goldfinger being the most prized, Adele’s Skyfall the most recent—Billie Eilish, hired at 18 alongside her brother Finneas O’Connell to work with Hans Zimmer on the title tune for No Time to Die, is the youngest and perhaps most uncompromising of them all. She and her brother are famous for eschewing corporate packaging for DIY production, juxtaposing Eilish’s ethereal vocals with a playfully irreverent electro-gothic sound and dead-frank lyrics. In an interview with iHeartRadio following the announcement, Eilish admitted the duo writes every song like it’s the opening credit for a movie: “And Bond is so dope!”

Which is not to say Bond wasn’t dope before her. When  Barbara Broccoli and Michael G. Wilson took over the franchise with GoldenEye in 1995, the head of MI6 transformed into Dame Judi Dench after three decades of men (so much for creating new characters for women). And though M died in Bond’s arms in Skyfall, it was not before she passed the torch on to Eve Moneypenny, who acquired not only a first name but a backstory as an MI6 field agent in the hands of Naomie Harris, the first Black actor to play her.

That’s what Lynch is always aiming for—being the first—which is why she has such an affinity for cinematic universes, from Marvel to Bond. “I always want what I bring in to [cause] people to question why this thing wasn’t there before,” she says. “To question why a young white woman didn’t have a Black best friend in Marvel, or why there wasn’t a Black female 00 in the Bond franchise.” Which raises the question: Why hasn’t there been a 007 spinoff yet? In the 2000s, the franchise attempted to create a series around Bond girl Jinx, but MGM pulled the plug. Could Lynch be the first in a long line of Nomis, just as Connery was with Bond? “I don’t have a clue. That’s the first time that someone’s asked me it, first time I’ve thought about it,” she says. “If that’s a question that’s out there in people’s brains, then that alone is exciting.” 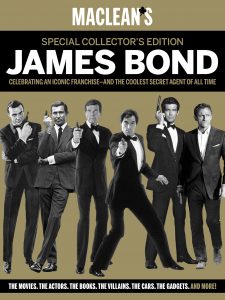 This article appears in print in the Maclean’s James Bond special collector’s edition, with the headline, “Time’s up for 007.” Order a copy of the issue here. Subscribe to the monthly print magazine here.