The Quebec director has been saving Hollywood stars. Now he’s doing the same for Canadian cinema. 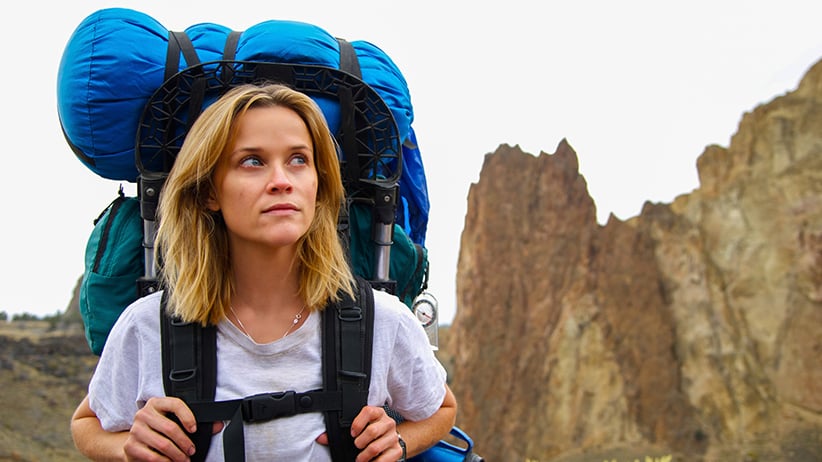 Jean-Marc Vallée’s Wild is the perfect fall-season film. Adapted from Cheryl Strayed’s bestselling memoir about hiking the Pacific Coast Trail, the movie, one of the most discussed this week at the Toronto International Film Festival, is full of richly drawn characters, lofty meditations on life and death, and the inevitable triumph over adversity. It also promises a career redemption for star Reese Witherspoon, who hasn’t generated this much critical goodwill since Walk the Line, almost a decade ago. As Strayed—a young woman seeking escape from her train wreck of a life—Witherspoon delivers on the considerable hype, turning in an intimate performance that demands a full reassessment of her IMDb profile (with the possible exception of Sweet Home Alabama).

Witherspoon’s reputation is not the only rehabilitation Vallée is working on here. The Quebec director’s remarkable film is also a sign that, after decades spent sulking in the art house like misunderstood teenagers, Canadian directors have finally grown up—and are ready to stand on their own against the rest of the world. A quick look at this year’s festival confirms that theory: Philippe Falardeau’s The Good Lie, Xavier Dolan’s Mommy and Jacob Tierney’s Preggoland are all hotly anticipated titles with marquee-level stars; the fact that they were made by Canadians barely enters the conversation.

TIFF started to recognize the sea change two years ago. By discontinuing the Canada First! program (itself a stripped-down version of the older and larger Perspective Canada lineup), organizers accepted that homegrown directors no longer needed to be put atop a pedestal in an awkward gesture of mandatory patriotism—and artistic clubbishness. “We would announce our Canadian slate and immediately get reactions that it’s not a big year for Canada because there’s no Egoyan or Cronenberg or Mehta,” says Steve Gravestock, a programmer for TIFF. “Gradually the lineup expanded to more artists, younger directors who were getting attention in Sundance and Cannes. Suddenly we didn’t need to highlight the films—everyone already knew.”

But no one personifies Canadian cinema’s long-awaited road to redemption better than Vallée, who has proven he can rehabilitate an entire industry’s image just as deftly as he can an actor’s.

Vallée floored TIFF last year with Dallas Buyers Club, which delivered Academy Awards for both Matthew McConaughey and Jared Leto. This year’s Wild performs the same resuscitation for Witherspoon, who began her career making eclectic, compelling films like Election and American Psycho, but had fallen into a rut of middling period pieces (Water for Elephants), disastrous rom-coms (This Means War) and incompetent dramas (The Devil’s Knot, ironically directed by Atom Egoyan, that master of CanCon).

It’s not as if Vallée was actively scouting comeback opportunities—in fact, it was Witherspoon who picked him to tackle the intense material. “It was Cheryl’s words, her story,” says the Montreal-based director. “It’s so personal, emotional, powerful. I saw an opportunity there to take the idea of getting inside her head and have fun with it in the medium and language of film.

“We had this woman on the trail, alone, and it was an appealing challenge for a filmmaker, for a storyteller, to get audiences inside her perspective.”

Witherspoon, whose production company snapped up the book’s rights in 2012, may not have been the most obvious choice for the role of Strayed—an emotionally frayed character pushed to her physical limits, at points helpless and pathetic. But Vallée could see the actress’s potential to strip herself of movie-star vanity, and dive into Strayed’s self-destructive persona. He helped that process along by banning makeup and ordering that all the mirrors in the star’s dressing room be covered.

Restless and demanding, Vallée doesn’t take half-measures off the set, either. When Dallas Buyers Club couldn’t find funding at home, he took it to the U.S. The film’s success exposed the struggles that local directors face—but it also shone a spotlight on a ready and eager contingent of Canadian talent, who’ve since been snapped up by foreign producers. As with the reinventions of McConaughey and Witherspoon, Canadian cinema had to die just a bit before Vallée could work his Lazarus-like powers.

Ironically enough, part of Vallée’s success in Hollywood can be traced to his experience in the formerly prosperous world of Quebec filmmaking, where public funding—not the fickle minds of studio executives—allowed directors a greater sense of freedom and experimentation than could be found in Hollywood. “This generation of filmmakers did their homework on smaller films and were allowed to push the envelope on their own terms and at the beginning of their careers. It didn’t matter if their movies made a profit,” says Pierre Even, Vallée’s producer on C.R.A.Z.Y. and Café de Flore. “Success in the closed market of Quebec breeds confidence to go elsewhere—Falardeau and [Denis] Villeneuve proﬁted from that, as did Jean-Marc.”

Just as important, though, is Vallée’s style of directing—or, more accurately, his lack of one. The filmmaker doesn’t adapt a story to fit his vision—he moulds his vision to fit the story. “Not that many directors have so clear an understanding and concept of how to fit the emotional requirements of any given scene,” Even says. A Vallée film is not easily identified by its visual tricks or themes, à la the old Canadian guard of Egoyan (depressing sex in dark rooms) and David Cronenberg (weird and depressing sex in dimly lit rooms). The only sure sign you’re watching a Vallée film is if a central performance is so revelatory that you feel as if you’re seeing a complete reinvention of that actor. Although this is said about many good directors, seldom is it as startlingly true as in Vallée’s case. There would be no Matthew McConaughey of True Detective without Dallas Buyers Club. And following her performance in Wild, there is bound to be a similar slate of ambitious roles headed Witherspoon’s way.

“His method is amazing—inventive, on-the-fly and improvisational,” says Laura Dern, who co-stars in Wild as Strayed’s mother, Bobbi. “He’s willing to explore a character with you for hours on end, and for an actor that’s an incredibly lucky environment to work in.” In an interview with Maclean’s, McConaughey, too, stresses that Vallée puts his performers first. “He knew, as a director, how he needed to approach Dallas Buyers Club differently than any of his previous work,” the actor says. “After I told him how much I enjoyed C.R.A.Z.Y., I remember him saying, ‘Yes, but this story is different. As a director, I need not be “seen.” ’ ”

Yet this desire to spotlight others, often at the expense of underlining his own contributions, may hurt Vallée’s chances of awards glory—and possibly his young legacy in Hollywood. Dallas Buyers Club was nominated for almost every major Academy Award—including Best Picture—yet failed to net a Best Director nod for the person most responsible for its success. While Vallée doesn’t seem to pay attention to award-season chatter—“I’m going to be satisfied from my work through the film we made, not whether there’s any Oscar buzz,” he shrugs—it can’t help but sting, especially if Canadian directors like him are going to take that leap into the mainstream and shake off any traces of a CanCon inferiority complex. “There is a lot of ambition for these films—for me it’s a new experience,” admits Falardeau, whose TIFF film The Good Lie also stars Witherspoon.

No matter how far Wild goes, though, the big question for Vallée—and his fellow Canadians finding success beyond our borders—is whether he’ll return, or whether he even should, if there is little money at home, and directors are finding outlets for their visions elsewhere. But Even believes mainstream success could be a means rather than an end. “Once they’re established outside here, directors like Jean-Marc can come back to film more personal projects, and we can raise money for co-productions with the U.K., France, or Hollywood,” says Even. “Their names will draw attention.”

For his part, Vallée has every intention of coming back to Canadian productions—but not before he finishes the three films already on his post-Wild slate: “It won’t happen before 2016, but it will happen.” It’s only a matter of time before other fading stars come out of the woodwork begging him to reboot their careers, too. Vallée insists he’s not anyone’s saviour. “It’s only about the story,” he says. “Whether it’s in America, Quebec or France, if I can tell a story that takes me out of my comfort zone, then I’m surfing.” No Canadian wave necessary.