Joss Whedon and the battle for personal franchise movies

Joss Whedon tried to make 'Avengers: Age of Ultron' as personal as he could, but with franchise movies, personal filmmaking isn't easy. 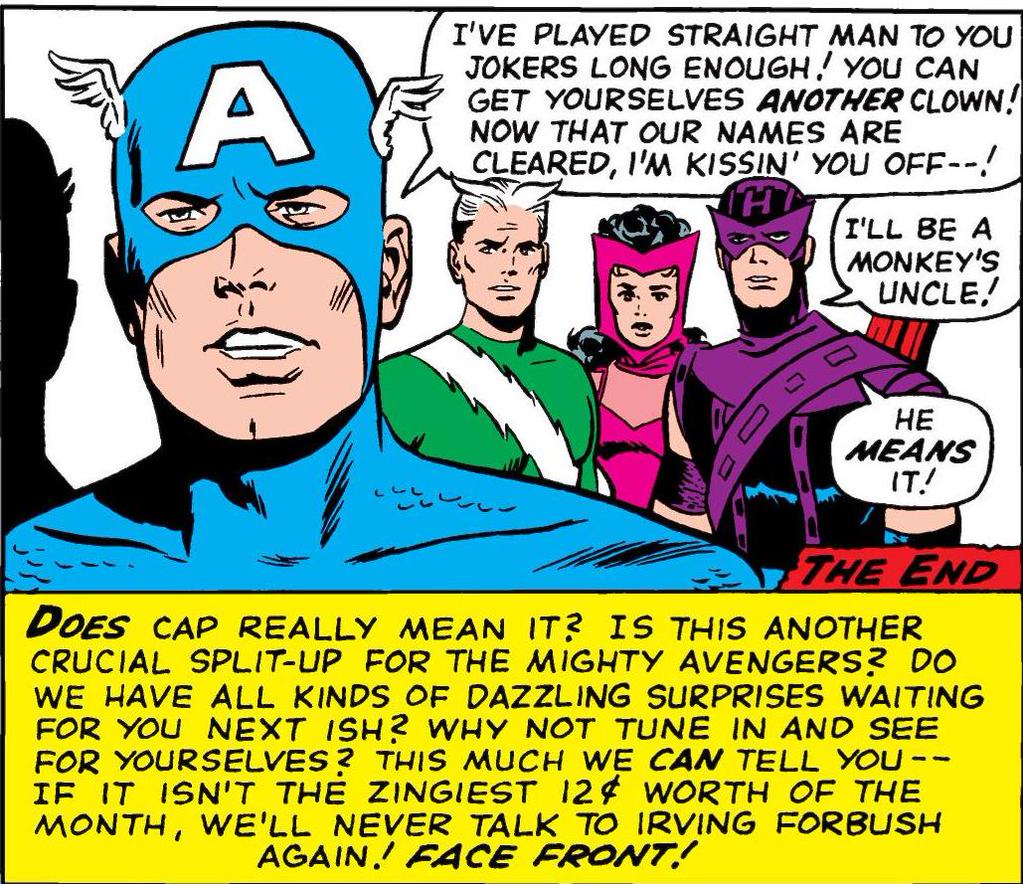 Before Avengers: Age of Ultron came out, we published a piece asking how much of his own personality a director can bring to a big franchise movie. After the film was released, an exhausted Joss Whedon talked to Empire Magazine’s podcast about the process of making the film, and he confirmed what most of us can tell from the outside: it’s hard, very hard, to make these movies on your own when they’re so controlled by the producer, Kevin Feige, and the plans of the company overall.

What a lot of people saw on the screen in the Avengers sequel was a movie with bits of the writer-director’s own style trying to break through a very fixed house style. It’s not just that Marvel movies all have to have a certain approach and they all have to have the same plot (basically, the plot of every superhero story: the characters question the need for violence, and then solve all the problems with violence). It’s that the interconnected approach Feige created for this movie series means that each movie is partly about the process of setting up future movies. And since Avengers is the cornerstone of the franchise, Whedon got stuck with a lot of this. (Warning: Some Age of Ultron spoilers to follow.)

As he explained in the podcast, the studio was determined to set up the Infinity Stones plot that is going to drive future movies, and insisted on the subplot where Thor finds out about this coming threat. The subplot got cut down to near-incomprehensibility because test audiences didn’t like it, but the studio still wanted that setup, and Whedon said that this was their price for allowing him to include some of the quieter bits he wanted – particularly the nearly action-free farm scene, which is obviously the most personal touch in the whole picture.

You can see other personal ideas bumping around in the film. The most controversial moment is, or was, the moment when Black Widow reveals that she was forcibly sterilized to make her a better spy. Most of the attention focused on a lot of back-and-forth about what she meant by calling herself a “monster” (she meant that she’s a monster because she’s a trained killer, not because she’s infertile) and whether it sets a bad example by implying that women are incomplete without children. But what’s not in question is that Whedon was trying to give this movie some kind of unity by making everyone’s story about children or domestic life in some way: Captain America accepts that he’ll never be able to settle down and stop fighting; Tony Stark’s robotic “son” turns on him; Ultron tries to become a father figure to two heavily-accented twins who are out for revenge because of the death of their parents; and the centrepiece of the film is the revelation that Hawkeye has a whole separate life as a husband and father. Do these themes really give overall coherence to a movie that’s basically just a series of fight scenes? Not really. But the point is, they’re there, and they’re the writer-director’s attempt to turn a franchise entry into an actual film.

This might have been easier for him if the final cut had been longer, but another thing everyone seemed to notice – even before Whedon confirmed it – was that the movie felt like it had a lot of material left in the vault. Some of this contributed to the feeling that the plot didn’t really make sense, by taking out scenes that would have helped it make more sense. (One example: there was to be a scene where Quicksilver and Scarlet Witch are in their home country, trying to help people, when a boy tells them that “the Iron Man” wants to see them at the church; they go, expecting to meet Stark, and it turns out to be Ultron. The scene is gone, so in the movie, we cut to them walking into the church to meet with this big robot, with no explanation of why they’re there or even exactly where this is taking place.) And it probably cut down on the stuff that was supposed to separate the action setpieces and one-liners – the character moments, the quiet moments. The party scene and the farm scene are the two setpieces that were able to stay in the picture, and they’re the most “Whedonesque” bits, along with Hawkeye’s little speech to the Scarlet Witch during the final scene (“We’re fighting an army of robots, and I have a bow and arrow – none of this makes sense!”). But you can feel, in watching the movie, the sense that someone is trying to snip out most of the things that might slow it down. The problem being that when you cut out all the slow bits, the constant jokes and explosions can get wearisome, and a character like Ultron devolves almost into a pure comedy character halfway through the film.

Arguably, this was going to happen even if the movie had been 20 minutes longer. Making a film with this many main characters means that everyone is going to be under-written, and much as in a highly compressed old comic book story, we have to let one or two lines stand in for the more in-depth development we’d get in a longer work. So, for example, Quicksilver and Scarlet Witch hardly have time to talk to each other throughout the movie, and the closeness of their relationship is mostly conveyed through gestures; the Vision steals the movie with a few lines and one extremely well set-up gag involving Thor’s hammer. Given his gift for quick characterization through one-liners, Whedon is probably the only person who could make this movie as coherent as it is.

But based on his interviews before and after the film was made, he seems to have a sense of disappointment. It’s not that the movie isn’t entertaining, or that it won’t make a lot of money. But he was hoping to make a big franchise movie that would also be a great movie, or at least more than just entertaining; something that would hold together as a complete and satisfying film, and a movie that would clearly be his own. And he didn’t wind up with that; he wound up with something that is enjoyable but rushed, that has the director’s personality around the edges rather than at the centre, and that seems like a table-setter for movies to come.

Whedon himself doesn’t seem to like the idea of teasing up other people’s movies in what’s supposed to be his own film. He told Buzzfeed that he winces when someone tells him that a scene is a perfect lead-in to the next adventure. As a guy who became famous for doing TV, he thinks franchise movies are becoming too much like TV episodes.

“That’s the danger of this sort of serialized storytelling, turning the motion picture experience into episodic TV. Because we have episodic TV, and now you don’t even have to wait to watch it, you can binge it. So that’s to me a dreadful mistake.”

Whedon chuckled bitterly. “Somebody said, ‘Well, that was a great setup for the next thing!’ in one of the test screenings, and I died inside. [Marvel executives] were like, ‘No! They say that all the time, it’s fine.’ I was like, ‘No, that’s the worst thing I could have heard.’ I want people to come out feeling done.”

He doesn’t mention it, but one effect of the TV production process is that the director has little power, and even the writer of an individual episode doesn’t have that much power; television is a producer’s medium, controlled by whoever gets to decide on the overall plan for the season. And in the Marvel movies, that’s Kevin Feige. It’s not surprising, then, that his new chief directors are Anthony and Joe Russo, who were brought into the fold on the basis of their work as TV directors: though making a pilot is a more creative directorial job than directing an individual episode, it’s still about executing someone else’s vision (the vision of the people who created Community or Arrested Development or Happy Endings) in a producer-driven system. Whedon’s frustrations at trying to make a personal blockbuster, and Edgar Wright’s departure from Ant-Man, suggest that the most personal we’ll ever get in a film like this is the quirky selection of ’70s songs in Guardians of the Galaxy.

That doesn’t mean we’ll never see a director-driven superhero blockbuster again. Warner Brothers, which is trying clumsily to bring Feige’s formula to its DC movies, believes in giving directors more power than at Disney; Christopher Nolan’s Batman trilogy is certainly his own, and Zack Snyder is being outright encouraged to bring his own style to the movies he makes. Unfortunately, it’s Zack Snyder, the world’s best advertisement for not letting directors have their own way with a blockbuster. But theoretically, they could make another Dark Knight someday, a movie that reflects the director’s own obsession while actually entertaining people. And there’s always the possibility of something like Tim Burton’s Batman Returns, where the director gets the power to make his own movie and ignore the needs of the franchise almost entirely – that one is a lousy Batman film, but a great Tim Burton film. Maybe that’s what we really need: a superhero director who doesn’t care about the superheroes, and makes his own movie when no one is looking. It’s less likely to happen now than it was in 1992. But you never know.