Lauren Bacall was always a star 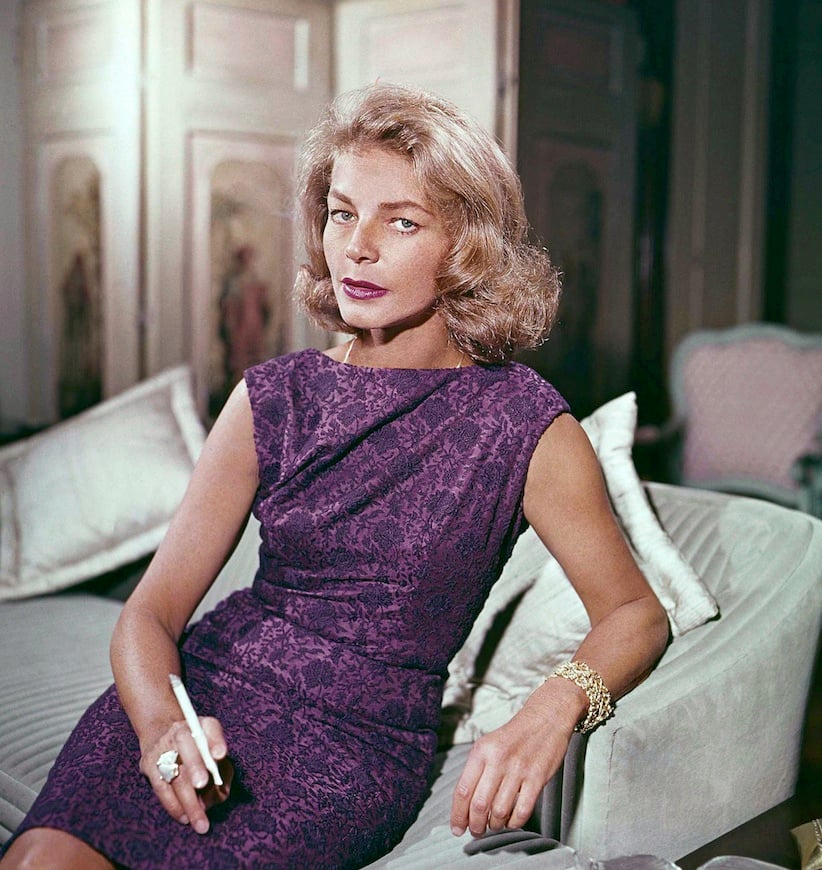 NEW YORK — “Anybody got a match?” was Lauren Bacall’s first line, in Howard Hawks “To Have and Have Not,” and, ever since, captive moviegoers have been desperately fumbling for a light.

Bacall, who died Tuesday in New York at age 89, seemed to live in black and white. Her slinky sultriness rose like an apparition from the dark shadows of 1940s film noir, her leopard-like eyes beaming from the dark, her smoky voice oozing wisdom beyond her years from the very start.

And what a start it was. Bacall arrived a fully formed screen goddess in 1944’s “To Have and Have Not.” She was only 19 (less than half as old as Bogart) and had been plucked by Hawks from fashion (his wife, Slim Hawks, saw her in a magazine). But never mind. Bacall was already eye to eye with Bogart — not merely his girl, but an equally commanding presence. The movie promoted Bacall as “The ONLY kind of woman for his kind of man.”

“She’s a real Joe,” Bogart once said. “You’ll fall in love with her like everybody else.”

He did. They did. Everyone did. When Bacall, as Slim in “To Have and Have Not,” left Bogart’s character for the night, she etched herself in movie history.

Bogart, gob smacked, seemed to fall for Bacall right on film. Their subsequent romance — perhaps the most fabled in Hollywood — lasted more than 12 years until his death. Bacall put a gold whistle in his urn with an inscription that read, “If you need anything, just blow.”

Bacall followed up one of the most self-assured, intoxicating screen debuts with a remarkable string of films. Few actors have ever emerged so resoundingly: the labyrinthine William Faulkner co-scripted private eye tale “The Big Sleep,” the perspective-shifting “Dark Passage,” and the stormy Florida noir “Key Largo” by John Huston.

She starred in all with Bogart, forging an uncommonly strong partnership both professionally and personally. Their romance carried along on the screen; in “The Big Sleep” (again with Hawks), they again jousted with bristling dialogue. In one famous scene, they flirted with horse-racing double-entendres:

Bogart: “You’ve got a touch of class but I don’t know how far you can go.”

Bacall: “A lot depends on who’s in the saddle.”

Their marriage, Bacall later speculated, was not good for her career. While she recalled their time together as the most happy of her life, Bacall made no more than a film a year and distanced herself from Hawks’ star-moulding. (He had urged her to keep her voice deep and low.)

Bacall outlasted Bogart, who died in 1957, and went on to make a number of notable films, including 1957’s “Designing Woman” and 1974’s “Murder on the Orient Express.” She was one of the last of the great stars of Hollywood’s Golden Age, which enabled her some unlikely late entries, like a violent cameo as herself on “The Sopranos.” Her career also included a National Book Award for her autobiography “By Myself,” two Tony Awards, an Academy Award nomination at age 71 and an honorary Oscar in 2009.

But it was those early black-and-whites where Bacall — nicknamed “The Look”— most thrived. She was in many ways our last tether to a bygone era of Hollywood where movies were sumptuously shaded and the dialogue crackled. In both, Bacall — a match that burned brightest when first struck — had few peers.