'Moonrise' on the Riviera with Bill Murray, Bruce Willis and two French-kissing kids

A gem by Wes Anderson opens Cannes on a sparkling note 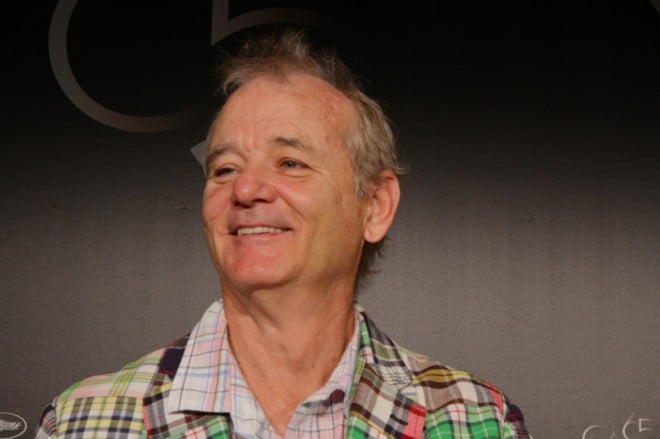 Far too often, the movie chosen to open the Cannes Film Festival is an opulent, overstuffed confection, a cinematic French pastry. Last year marked a refreshing departure, when Woody’s Allen’s Midnight in Paris kicked things off. It was a confection to be sure, a dreamy mille feuilles fantasy, but at least it was about art, and artists. Today Cannes upped the ante. It launched its 65th anniversary edition with Wes Anderson’s Moonlight Kingdom. Like Midnight in Paris, it’s another charming, quirky slice of American whimsy, festooned with Hollywood stars. Yet this one is  not just about art. You could go so far as to call it an art film. Which is exactly what Bill Murray did, with a measure of deadpan pride, at a media conference following the movie’s morning press screening.

“These are what we call art films,” said Murray, who has appeared in all of Anderson’s pictures since Rushmore (1998). “They are films where you work very, very long hours for no money. This is all we get—this trip to Cannes. Fortunately we’ve saved from other jobs we’ve worked on. It’s nice to serve. I don’t get any other work except though Wes. I just sit by the phone.” Looking wonderfully disheveled in a loud checked jacket, the actor went on to say, “Sometimes when you work with a director you hope you never see them again. And that goes for the director as well. They drive you to the airport. Wes has never driven me to the airport.”

Sitting next to a sleek, suave Tilda Swinton, Murray was the life of the press conference. He prompted the film’s young male lead, 13-year-old Jared Gilman, to tell a story of how Murray taught him to tie a tie. And he had high praise for Willis, who plays a cop having an affair with his wife (Francis McDormand).  Calling Willis “a serious, crazy movie star,” he said, “For him to play the part of a town cop in a one-cop town, it was fun. He has a Die Hard moment, which made me laugh so hard. It wouldn’t have worked without him. We could have gotten the Muscles from Brussels (Jean-Claude Van Damme). But it wouldn’t have been the same.”

Moonlight Kingdom, however, is not driven by its adult movie stars. Set on a remote island off the New England coast in 1965, it’s about two 12-year-old kids who fall in  love and run away into the woods. They’re an enchanting couple: an absurdly well-prepared boy scout named Sam (Gilman) and his paramour, Suzy (Kara Hayward), a precocious sophisticate with heavy eye shadow and devotion to Francoise Hardy records. Anderson has spent most of his career making movies about adults who act like children–he’s fond of pup tents–but finally he’s made a movie that’s about actual children, kids in a contrived rush to behave like adults, and the pup tent is pitched in the woods, not a Manhattan bedroom.

Films do not get more quirky. From the small-town interiors to the scout camp craft, the whole film looks like a bright, gorgeous toy-town, as intricate as a Swiss Army knife. Camping has never looked so camp. Imagine a rustic American equivalent to France’s Amelie. But just when you think the story might suffocate in pastel post-modernism, Anderson will add a a bold stroke of dark comedy or blunt violence. There’s a gravitas lurking behind the scenes that’s absent in much of his work. Then there’s the fact that this is a romance between preteens who instruct each other in outdoor crafts like French kissing. Don’t get the wrong idea. It’s all very sweet and gentle. And what could be more appropriate in the South of France? But still, children in love is a notion that might raise a few eyebrows in Middle America.