Netflix is the new villain Cannes loves to hate

"Okja" is a novel twist on the big budget monster movie, but it was the studio behind it that first caught the audience's attention at the festival 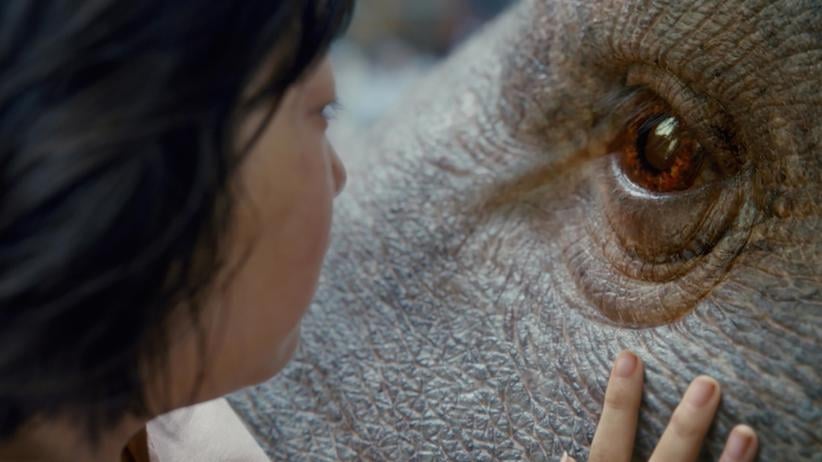 Film critics in Cannes, especially the French ones, are famous for booing movies they don’t approve of. But today was the first time I’ve seen a movie loudly booed the moment the opening titles came up. The occasion was an early-morning Friday screening of Okja, a US$50-million action-adventure movie directed by the South Korean Bong Joon Ho and starring Tilda Swinton and Jake Gyllenhaal. And what prompted the eruption of boos from hundreds of journalists was a Netflix logo. Okja is one of two Netflix-produced entries among the 19 features competing in Cannes, along with Noah Baumbach’s The Meyerowitz Stories, starring Adam Sandler and Ben Stiller. The festival’s decision to allow Netflix films to compete in Cannes for the first time has become hugely controversial, because the streaming service won’t distribute its movies theatrically before releasing them online. On opening day, jury president Pedro Almodóvar stoked the flames by reading a personal manifesto about the sanctity of the big-screen experience, and basically saying he won’t allow the Palme D’Or to go to a Netflix title.

So that hostile greeting at the start of Okja wasn’t so surprising. But then things got weird. As the movie played, it was being projected with a very wide aspect cinematic ratio, cutting off the top of the image. The audience began yelling and clapping to draw attention to the projection problem, while the film continued to play for about five minutes. The screening descended into pandemonium and confusion. Not everyone in the digital age is fussy about aspect ratios, so some of the audience thought the uproar was a continuation of the anti-Netflix protest. Later, as speculation spread through social media, there were even suggestions that the projection of the film had been sabotaged by anti-Netflix forces.

According to the festival, the curtain masking the top of the screen was stuck due to a mechanical malfunction—a rich irony considering Okja hails from a studio that’s in the business of making projection technology obsolete. Eventually the problem was fixed, and the movie was restarted from the beginning, with another round of boos for the Netflix logo. Yet two hours later, when it ended, it received generous applause, without a single dissenting jeer.

Cut to the Okja press conference after the screening. I asked the director Bong Joon Ho and star Tilda Swinton (a former Cannes jury member) to weigh in on the Netflix controversy. “I loved working with Netflix,” Bong cheerfully replied. “They gave me total freedom, in terms of the casting, shooting and editing. They put no pressure on me. There were no restrictions on their part. It was a wonderful experience.” He also noted that the f-bombs strewn through the script survived unscathed, whereas a Hollywood studio would typically demand they be cut to avoid a family-friendly film being slapped with a PG-13 rating. 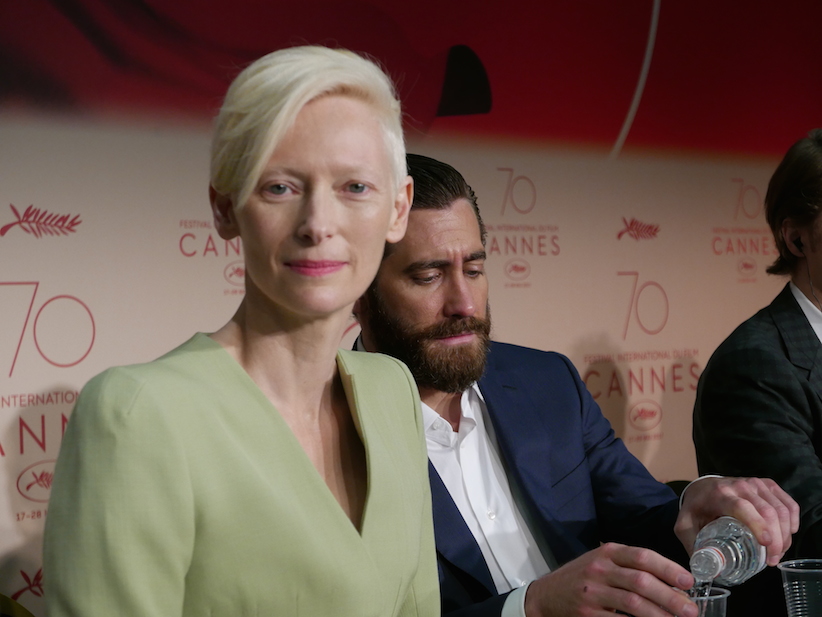 When I asked Swinton to respond to Admodóvar’s presidential edict that his jury should not award the Palme D’Or to a Netflix title, she chose her words with diplomatic caution. “It’s really important that the president feels free to make whatever statement he wants to make,” she said. “But we didn’t actually come here for prizes. We came here to show this film.” Allowing that it’s “a wonderful privilege” to show Okja on the big screen in Cannes, she added that the controversy has prompted “an enormous and really interesting conversation that’s just beginning. But what I really think is that there is room for everyone.”

Bong, who seemed tickled by the controversy, chimed in to say he was thrilled that Almodóvar will see his film. “He can say anything—I’m a huge fan of Pedro Almodóvar, so that the fact that he talks about this film, in glowing terms or otherwise, I’m happy.” For Bong, even the projection fiasco was a good-news story. He said it allowed the audience to watch the opening scenes of his film twice, the better to absorb its complicated premise.

That premise involves a giant agri-business that has created a genetically engineered breed of huge super-pigs that will be mass-produced in a nightmarish factory farming scenario. Cloaking the operation in a reality-show promo campaign, the corporation has sent the test-tube super-piglets out to farmers in 26 countries around the world. The narrative centres on a peasant girl in the mountain forests of South Korea who has raised Okja, a friendly giant of a pig monster that has become her beloved pet. The plot comes down to a showdown between Big Meat and the little girl, who’s exploited by a goofy band of Animal Liberation Front activists costumed like the gang from Reservoir Dogs.

It’s a bit like Charlotte’s Web on steroids, with a level of special effects and sweeping sentiment reminiscent of Spielberg—yet with lashings of satire and profanity that come out of left field and make you realize this is a big budget monster movie quite unlike anything a Hollywood studio, or director, would have created. With Okja, Netflix takes a cannonball plunge into the deep end of the movie business. And for the ever-expanding super-pig of online streaming, size matters, but it’s not about the scale of the screen.

Photos from Day 2 on the red carpet at Cannes 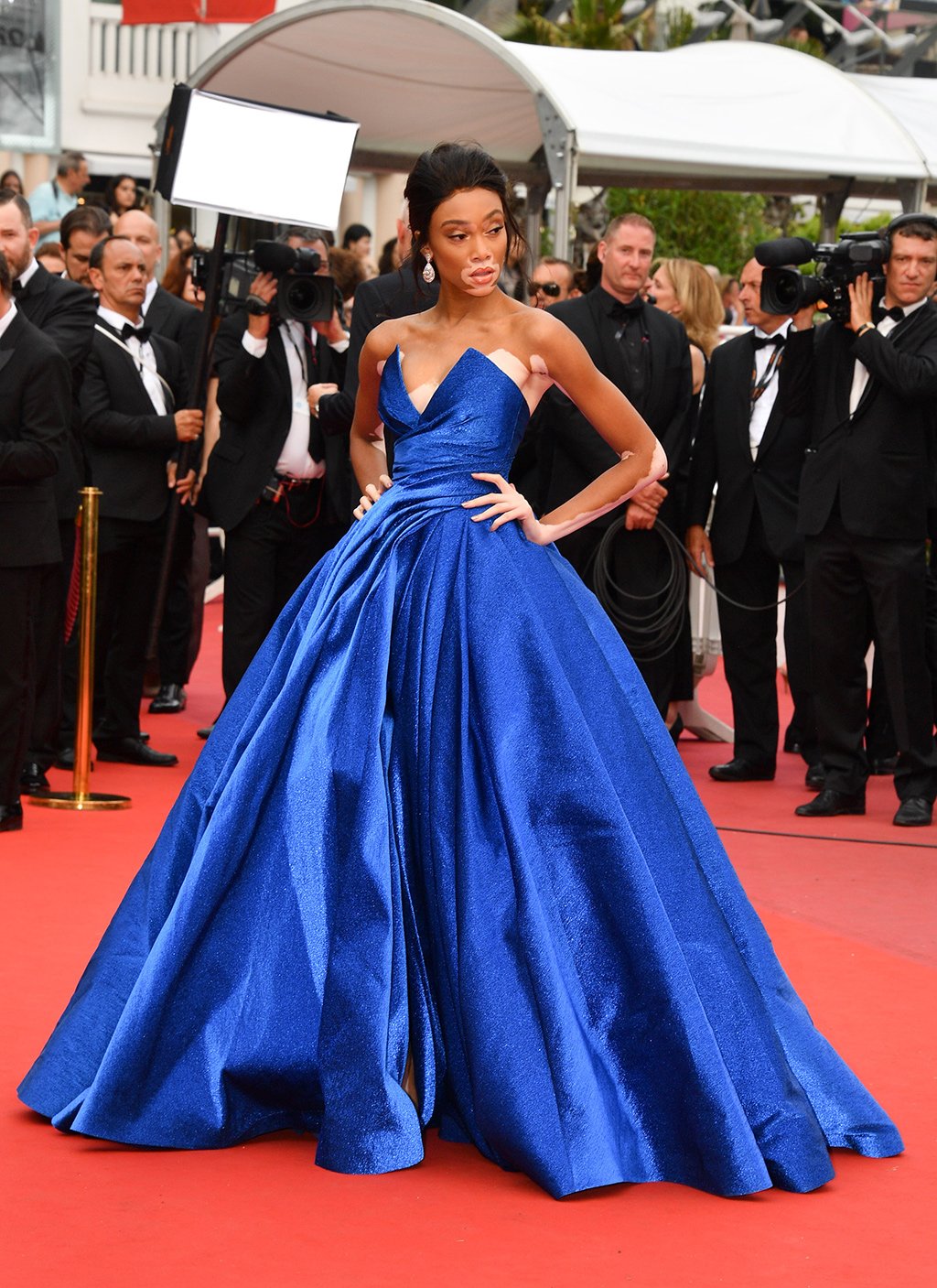