Newsmaker, Feb 10.: While many look at the Spidey-sharing deal as Sony's failure, Marvel Studios had to make this deal just as badly

Spider-Man, Spider-Man, the catchy theme goes, does whatever a spider can. Except that for 16 years, this spider hasn’t been able to do everything: spiders, after all, can return home. Marvel sold Spider-Man’s film rights in 1985, and by 1999 they found their way to Sony; and even after Disney bought the comic-book house and helped turn it into a media conglomerate, there’s been this one major bug in the soup: the fact that Spider-Man can’t play with his other cape-and-tights-wearing friends from Marvel, which birthed him from the stylized bite of a radioactive arachnid in 1962. Even though the comics featured Spidey slinging webs next to the likes of Captain America and Iron Man with regularity, a dollars-and-sense bureaucracy made that impossible on the big screen.

That is, until now. After years of clamouring from true believers, Sony announced late Monday night that it would share the rights to the Spider-Man property with Marvel Studios in a rare studio collaboration, allowing Spider-Man to interact with the Marvel universe he had awkwardly been separated from for a decade. “This is the right decision for the franchise, for our business, for Marvel, and for the fans.”

In itself, that’s no surprise. Sony has effectively squandered the superhero, with three films starring Tobey Maguire followed by an Andrew Garfield-helmed reboot, all of which have seen diminishing returns. That’s five movies in 12 years, and the latest, The Amazing Spider-Man 2, was its worst-performing despite the massive expectations, clocking in with a lifetime gross of just $202 million. That squandering is all the more embarrassing given the fact that the 2002 Spider-Man film, really, was the movie that started it all as far as this comic-book craze, this surprise affection for the funny pages that has turned a nerdy niche into mass mainstream fare, not to mention billion-dollar franchises. Spider-Man is also arguably Marvel’s most enduringly popular character, with Marvel selling $1.3-billion in Spidey merchandise compared to less than a quarter of that from the entire Avengers crew, despite the films’ fading popularity; it also outstripped D.C. Comics’ Batman by more than four times in global retail sales, according to ComicBookMovie.com.

So many are right in calling this an admission of failure from Sony. But the move came with some urgency for Marvel Studios, as well—and there’s just as much pressure for them to succeed. 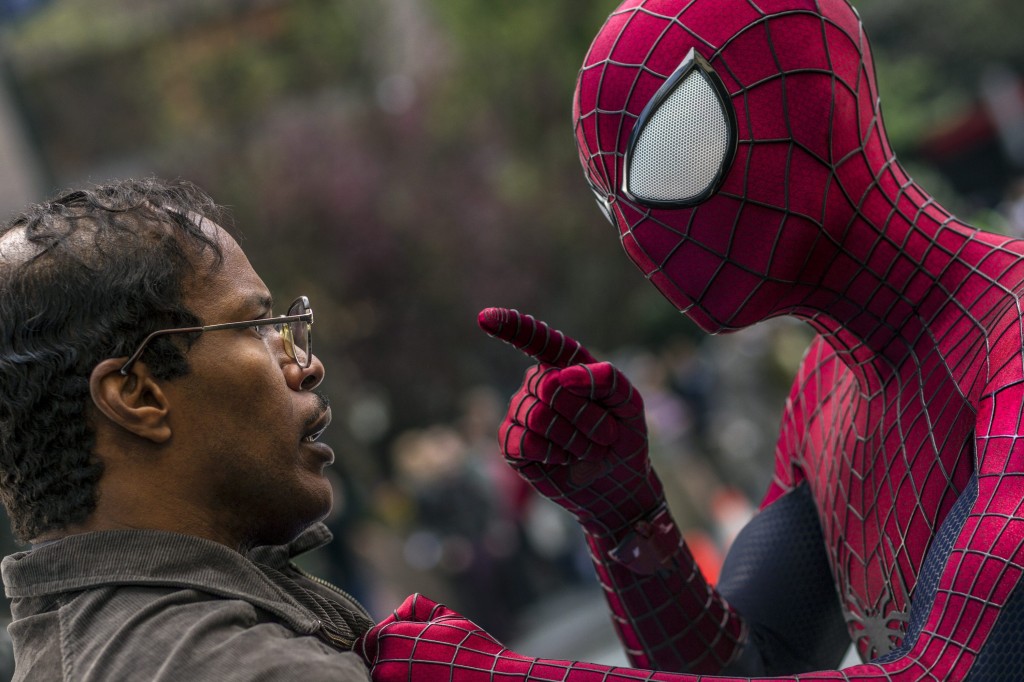 Despite the character’s wild success, it’s unclear whether or not moviegoers are experiencing Spidey fatigue, given the rapid rate of release, the reboot just two years ago, and the fact that another one is forthcoming because of the deal—Garfield has now been confirmed as out. Variety reports that Warner Bros., too, were among the studios hot after the movie rights. And Marvel has been aggressive in recent months about film rights: in 2014, Marvel editor-in-chief Axel Alonso announced that it would axe its Fantastic Four comic-book series in what was largely seen as a spite move; it had sold the rights to those characters to Fox. But while the FF were founding Marvel Universe members, they are no longer the prestige characters that Spider-Man and his crew are.

But most of all, Marvel had pinned itself into a corner with its announcement of the Civil War event that’s set to engulf all the franchises. Civil War, most comic nerds know, is one of the most significant events from the last decade of Marvel’s books and saw a seismic shift in the way that the heroes co-operate with each other, with an internecine battle between our favourite heroes that was ignited by Spider-Man, in a way that no other character could be a stand-in(spoiler alert): by revealing himself to be Peter Parker. (Civil War is also the latest sign that by quickly bolting through most of the major arcs in its decades-long back catalogue, and putting this 2006 comic arc on the docket next, that Marvel may end up expending its advantage at the peak of its popularity—but that’s another story for another time.) While movies have strayed from canon many times in the past, Marvel is understandably loath to do so; it’s in the unusual position of devising movies that appeal to fresh-eye mass-market audiences but also not making significant changes to upset a very vocal community of comic geeks who pile into cinemas in droves on their own, in part to see their beloved pages recreated on screen.

And the pressure to do Spidey right shows. Kevin Feige, the do-no-wrong producer who has banked 10 consecutive blockbuster hits, including the 2014 smash Guardians of the Galaxy (which shares the same wise-cracking loose energy as the best Spider-Man books, something that the more serious film adaptations have strayed from) has been tapped to produce Marvel Studios’ Spider-Man film, which is now scheduled for 2017, bumping down a series of other films including Thor and Black Panther, reports The Verge. For a company that is being made out to be backed into a corner, Sony has gotten something of a sweetheart deal here: Sony retains “creative control, marketing, and distribution” and, as Variety also has reported, more than 60 per cent of ticket sales.

So this is just as much an indictment on Sony as it was a crucial acquisition for Marvel Studios. But all that is just window-dressing for rejoicing true believers, crying ‘Excelsior’: Here comes, at long last, the Spider-Man.