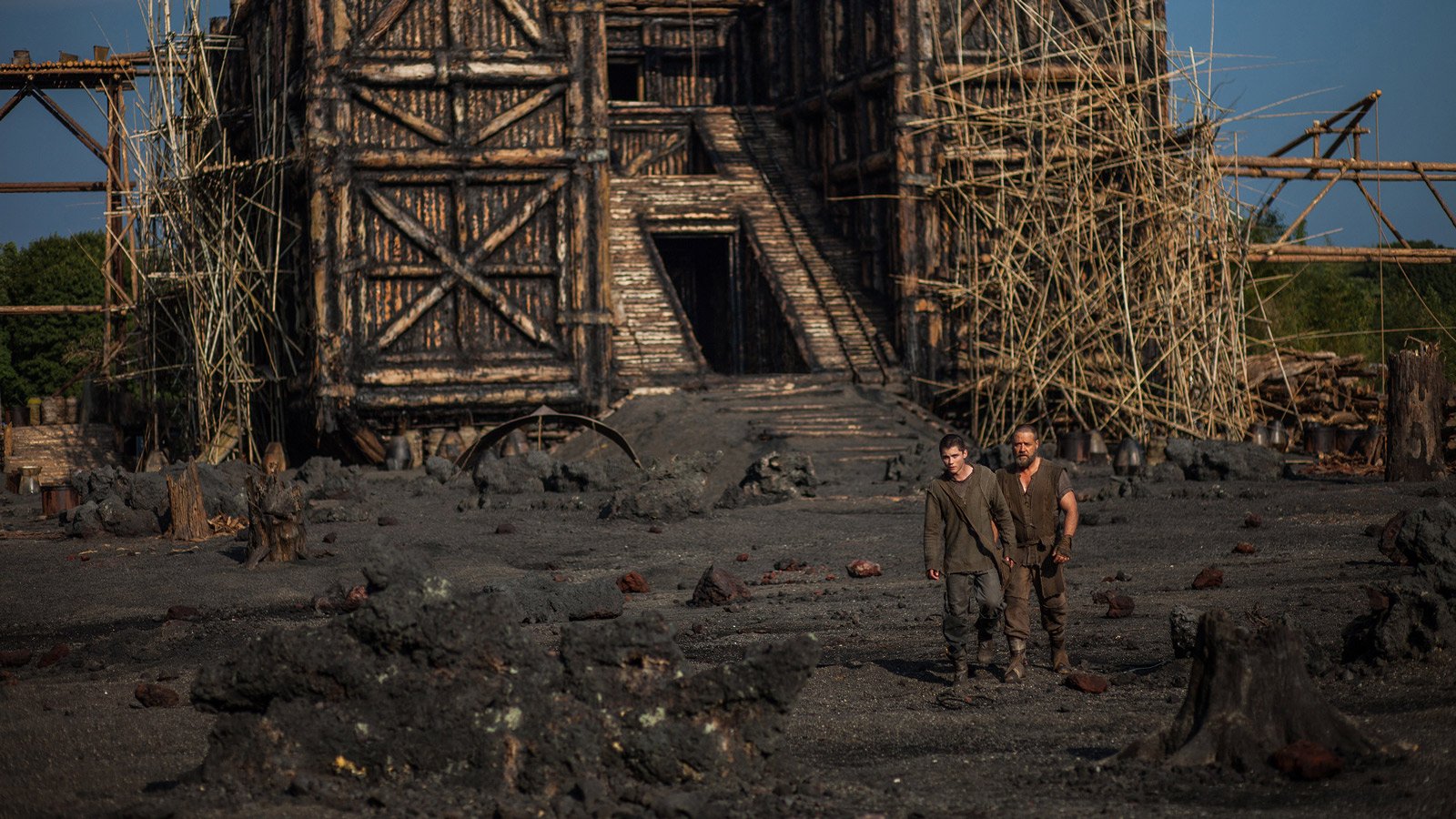 So far, director Darren Aronofsky couldn’t have asked for a better marketing plan for his Noah. Censors in the Middle East don’t like it, which has to play well in the U.S., while in America, where the ticket-buyers are, mainstream evangelicals have given a cautious seal of approval. As long, that is, as Paramount Studios advises prospective patrons that the film and its six-limbed angels are merely “inspired” by the Biblical story of a man, his boat and the whole of creation.

Best of all, Aronofsky’s most vocal critic to date is Ken Ham, the founder of Kentucky’s Creation Museum, where Adam and Eve frolic with dinosaurs. Not only is Ham almost as unpopular among fellow Christians for his eccentric beliefs (yes, evolution is true, but it only began 4,500 years ago, after Noah’s flood) as he is among scientists, there’s his name. In Genesis, Ham is Noah’s middle son, the one who saw his father naked and had his own son cursed for his folly. Given that one of the director’s themes is history repeating itself—après nous, le déluge—the modern-day Curse of Ham has its own ironic resonance.

The story of Noah, four terse chapters in Genesis (the prophet never even speaks), is one of the foundational myths of Western culture. It’s never left popular consciousness, even if it has been dialled down to the level of children’s fable in modern times. Victorian Christians were dismayed to realize that the flood story was much older than the Bible. In 1872, George Smith, a preternaturally talented decoder of ancient Babylonian (the ability to read millennia-old wedge-shaped cuneiform writing inscribed on clay tablets requires more than linguistic talent) translated a new-found tablet. It described how the gods of Babylon, angered by human behaviour, decided to wipe out the lot of us by flood, saving only one good man and his family, and the creatures needed for a new world. Smith, gobsmacked, rushed madly about his room in the British Museum, undressing himself in his excitement.

Aronofsky, though, has—in a literal sense—stuck to the standard Biblical script. The director has said he “completely accepts the Genesis text as truth—just like if I were to adapt any book.” But Genesis is not any book, and it’s not surprising that Paramount, to Aronofsky’s open displeasure, tried alternative endings on test audiences; none, evidently, made a great enough difference with restive (if not rebellious) Christians and Jews for the studio to go to war with its director. It’s his cut that prevailed in the end.

And his cut that gained the evangelicals’ sober acceptance, helped considerably by Genesis’s own imprecision about the antediluvian world. Noah’s is the Bible’s second creation story, set in a landscape that was, as Aronofsky has pointed out, as much Middle Earth as Middle East. “There were giants in those days,” whose “wickedness” was “great in the earth,” reads Genesis 6:4-5. Giants, perhaps, but no rainbows, created by God only after the flood. The mysteriously menacing and colourless Biblical world was a boon for Aronofsky, who was able to paint it in bleakly grey tones and people it with strange beings without contradicting a single line of Scripture.

Aronofsky, though, then went further, using the latitude inherent in the West’s first apocalypse narrative to identify the sins of men that so enraged their creator: The world gone wrong that Noah faces is being destroyed by anthropogenic climate change. In the graphic novel Noah, a companion piece to the film co-authored by Aronofsky, the prophet battles men attempting to kill an animal, in a time of drought and starvation. That’s the core of Ken Ham’s rejection of the film: Aronofsky’s heretical Noah, played by Russell Crowe, is the world’s first environmentalist, one who values animals over people.

At least Aronofsky has latitude, though, something not available to Ridley Scott for his Exodus, starring Christian Bale as Moses, and due in theatres in December. The story of the Israelites’ deliverance from Egyptian slavery has miracles, of course, but they take place against a recognizable backdrop of ordinary humans: That film may face hostility greater than the Curse of Ham.