'The Tree of Life' is essential viewing, and not just because Brad Pitt does his best work since 'Thelma and Louise' 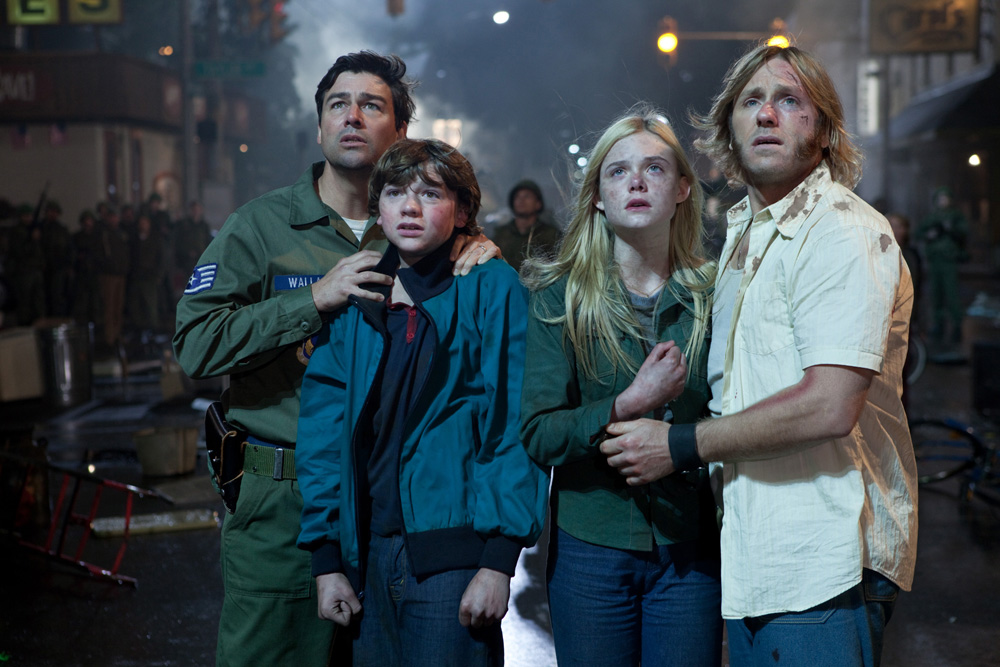 What a strange cosmic convergence we have in the Hollywood heavens this weekend: two wildly different period films set in small-town America that pit boyhood innocence against the mystery of the universe. From the cathedral ceiling of the art house comes Terrence Malick’s The Tree of Life, which conjures nostalgia for a Paradise Lost of growing up in early 60s while contemplating all of Creation with such ambition it could be dubbed 2011: A Space Odyssey. From Hollywood’s sci-fi clubhouse comes J.J. Abrams Super 8, set in the late 1970s, about a gang of young boys who have a close encounter with an alien monster in their own backyard while shooting a homemade zombie movie. Oh, then there’s Submarine, about a teenage boy grappling with the mysteries of sex in ’80s England. It’s a batty Brit Rushmore, an idiosyncratic tonic to all this American heaviosity—but (spooky coincidence!) it, too, has super 8 footage, a home movie the precocious hero imagines he would shoot of his love affair with a classmate.

Submarine is a tiny perfect gem, and utterly charming. Vastly more ambitious, The Tree of Life and Super 8 revel in different kinds of rhapsodic excess. Super 8, which plays like an explosive homage to early Spielberg (its producer), bombards us with the heavy metal thunder of old-time alien invasion. In the Tree of Life, which won the Palme d’Or in Cannes, Malick transcends his usual transcendentalism and gets positively religious, revealing himself as a kind of spiritual pornographer (but in a good way) panning for raw divinity in rays of sunlight. Addicted to magic hour, the man never met a dust mote he didn’t like. 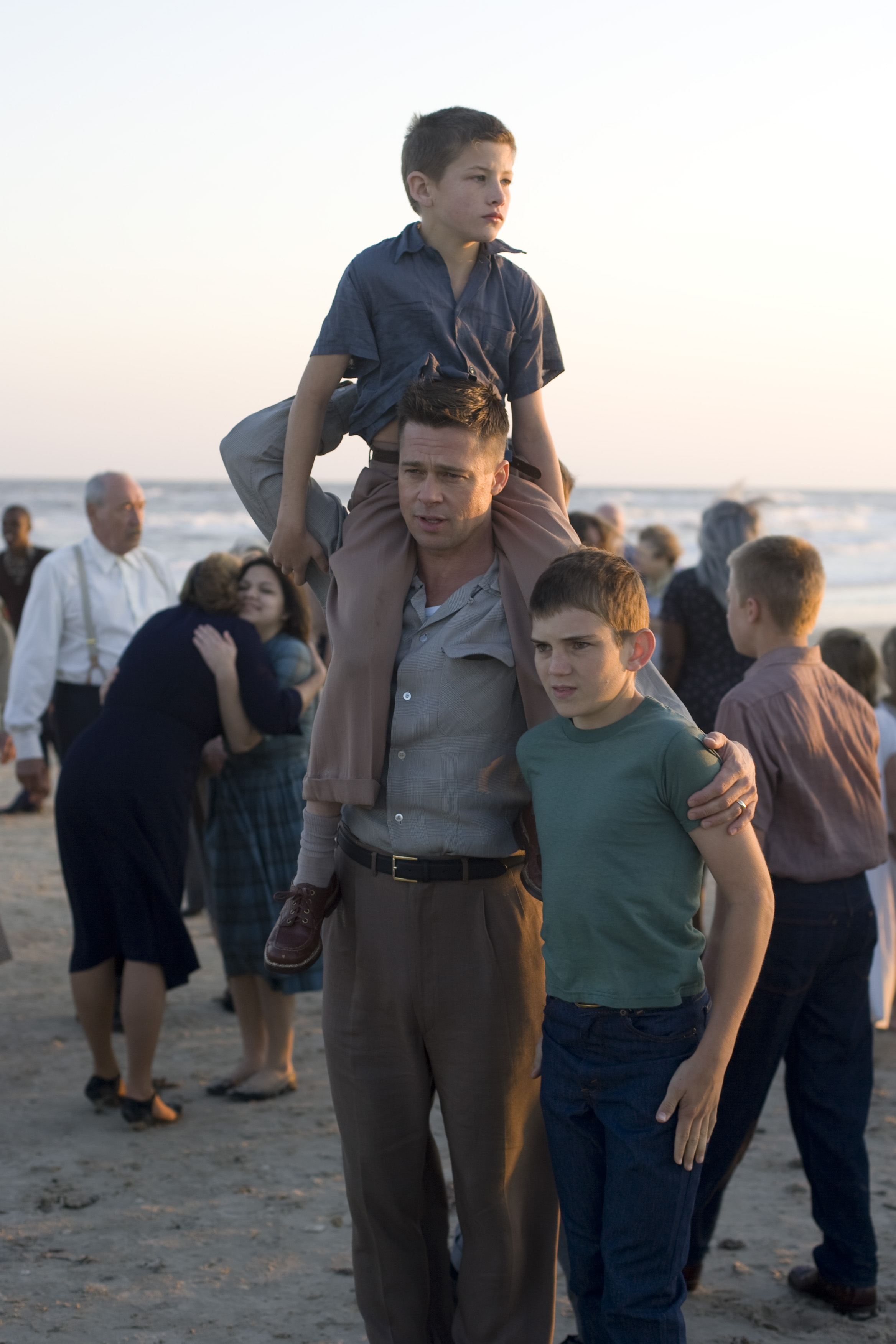 Brad Pitt in 'The Tree of Life'

There’s no question which movie will be big. Super 8—which serves as a coy homage to E.T. and Close Encounters of the Third Kind—is a gonzo adventure with killer special effects and a winning cast of irresistible kids. It will be huge. The Tree of Life, which has already earned an early slot on my 2011 is a must-see movie for anyone who cares deeply about cinema. With scant narrative, it unfolds as impressionist montage, a marathon trailer for itself. Whether it will attract a mass audience won’t just be a test not just of the film, but of the audience. Whether you decide that it’s a visionary masterpiece or an epic screensaver (or both), its exquisite scenes of boyhood nostalgia are well worth the trip. This is an art film with Avatar-scale ambition (though Cameron’s planet  had a  literal tree of life). And it has the best performance by Brad Pitt since he launched his career with Thelma & Louise exactly 20 years ago.

You can analyze and criticize films forever. But sometimes it comes down to a question of taste. I can’t find much fault with Super 8, aside from some preposterous jumps of narrative logic, and the use of deafening sound effects as cheap suspense tricks. But I couldn’t warm to it. The Tree of Life may be earnest, repetitive and blinded by its own faith, but I love it. I’ve seen it twice, first in Cannes then again in Toronto, just to be sure. Decades from now, if people are still watching movies, I think they’ll still be talking about The Tree of Life. By then I imagine Super 8 will have been replaced by a louder, slicker prototype. I’ve already written at length about The Tree of Life. For my impressions of seeing it in Cannes, go to the latter paragraphs in Festival of sirens. For more thoughts on the film, and my audiences with Brad Pitt and Jessica Chastain in Cannes, go to: What keeps Brad Pitt awake at night. Now a few more details on the other two movies:

Super 8 is a about a gang of boys who witness a massive trail derailment while shooting a amateur sci-fi movie. This is no ordinary derailment. Freight cars go flying into the air and come crashing down like meteorites. The calamity was triggered by a collision with a pickup truck, whose critically injured driver harbours a conspiratorial secret. The authorities, of course, want to shut him up, and keep the whole alien thing under wraps. Bizarre events keep multiplying, as the sinister military gradually occupies the town—to the consternation of the local sheriff, father to one of the boys. In classic fashion, the alien monster is gradually revealed over the course of the film in teasing, murky glimpses. It’s towering. It has tentacles. It’s a nasty gargoyle with a heart of gold, like Frankenstein. The story turns cosmically inspirational in the end, with a Spielbergian revelation that feels unearned.

The strength of the film is the group of kids, who carry the story. They keep making their Super 8 film, incorporating the mayhem as free “production values.” There’s some sharp cinephile wit in all of this, and the kids give lovely performances—especially Elle Fanning, who does a breathtaking bit of acting in a rehearsal for a romantic scene in the film within the film. The kids’ Super 8 movie is shown during the closing credits, and as the audience heads for the exits, it stops them their tracks, like that final sequence in The Hangover. The funny thing is you can’t help feeling it trumps the rest of the movie. 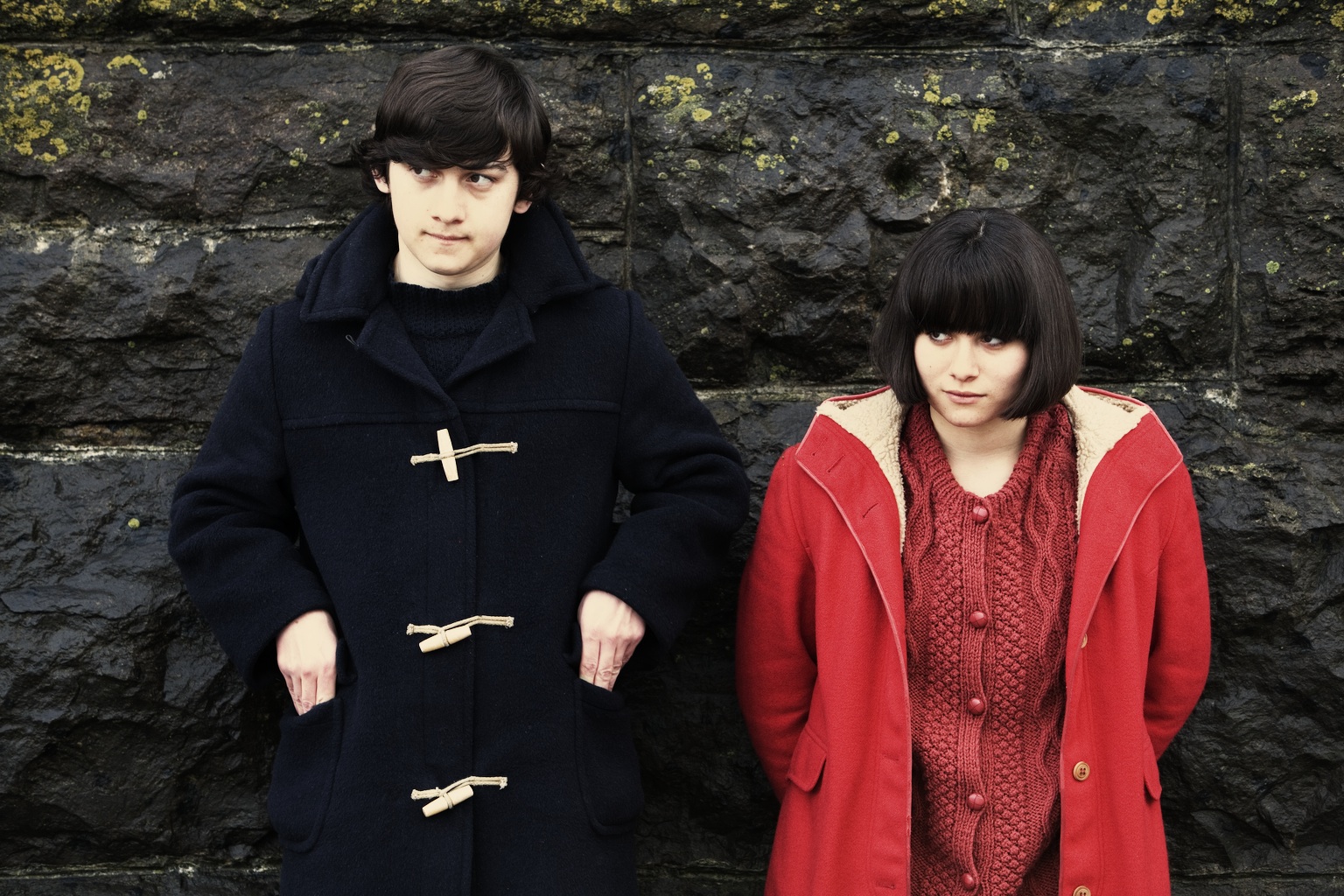 Submarine is fabulous little coming-of-age story about a hilariously awkward 15-year-old schoolboy who sets out to lose his virginity (dead easy), negotiate the ensuing non-romance (much trickier), and save his parents’ marriage (good luck with that). The entire cast of characters, male and female, amount to a declension of emotionally crippled nerds. The weirdly deadpan Oliver (Craig Roberts) finds a soul mate in the weirdly deadpan Jordana (Yasmin Paige). Blithely taking charge of him, like a kiddie dominatrix, she stage-manages their first date, then consents to be his girlfriend as long as they don’t express their feelings. But Oliver is freaked by her fragility when it appears her mother is dying. Meanwhile, the boy’s father, Paddy (Graham T. Purvis), a politely depressed marine biologist, stands idly by while his wife, Jill (Sally Hawkins), rekindles her interest in an old flame, a ludicrous “mystic ninja” in leather trousers who drives an airbrushed hippie van and conducts quack courses in colour therapy. Oliver’s dad is pathetically charitable as he views his rival’s self-help video: “He’s really working on that third eye,” he concedes. Asked by his son to describe how it feels to be “down in the dumps” (gotta love those Brit euphemisms), Paddy says it’s like being underwater, a self-diagnosis from Submarine‘s marine biologist. Hence the title.

This first feature, written and directed by British filmmaker Richard Ayoade is shot with a poetic eye in the seaside town of Swansea. The locations are as starkly compelling, and gothic, as the characters. Usually coming-of-age movies this witty, and this consciously cinematic, are too glib by half. But Submarine has huge heart to match its humour; it loves its oddball characters no matter how pathetic they become, which of course is the whole point.