After 'Bridemaids' set the bar for raunchy female comedies, a desperate Cameron Diaz kicks it down a notch 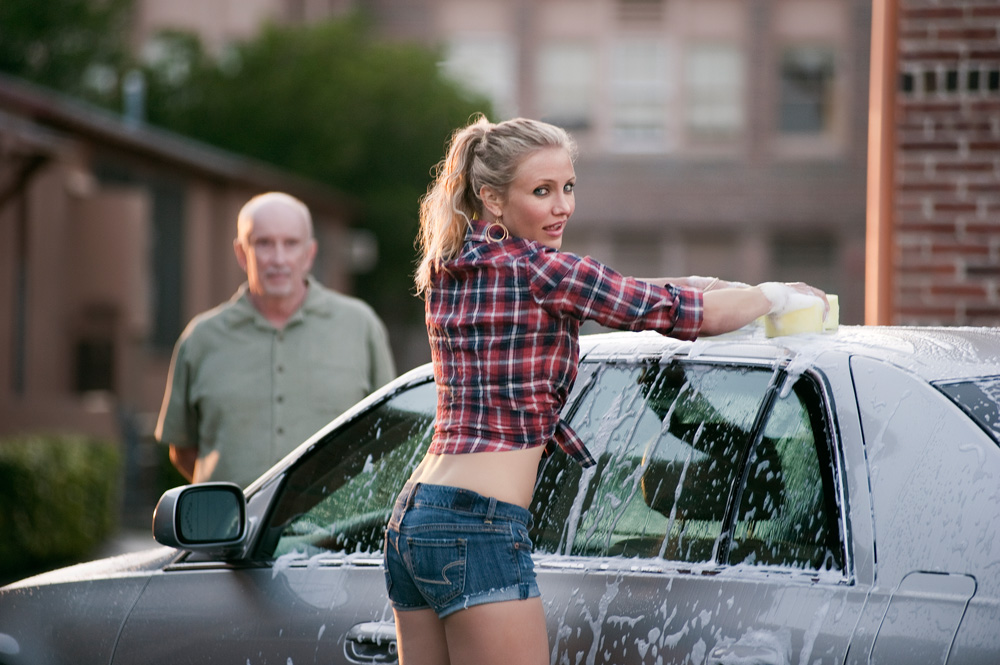 The photo above is not from Cars 2. This week a scheduling conflict forced me to choose between seeing an environmentally correct Pixar animation movie about talking cars or an R-rated comedy starring Cameron Diaz as a slutty teacher. Gee, tough call. I suspected Cars 2 would be the bigger movie, and maybe the better one. But how good could it be? And besides, what could I possibly learn from from a talking car sequel wired with a message about the evils of gasoline? (The critical consensus so far, by the way, brands Cars 2 a lemon.) Cameron Diaz playing a tramp teacher “who doesn’t give an F,” as the tagline says—at least that’s something we haven’t seen before. So in the interests of lower education, I signed up for Bad Teacher. I mean, with Diaz, Jason Segel, Justin Timberlake and Lucy Punch in the cast, how bad could it be?

Well, it could be a lot better. Whenever Hollywood tries to push the envelope with a new high concept, there’s always a certain frisson. Bad Teacher‘s concept, succinctly contained in the title, is attractive: a jaded, foul-mouthed, gold-digging teacher keeps a stash of booze and pot in her desk, naps while her class watch a Stand and Deliver DVD the first day of school—and launches various scams to buy herself a boob job with the goal of seducing a wealthy but dorky colleague played by Justin Timberlake. Like Bridesmaids, Bad Teacher taps the under-served appetite for raunchy comedies about women behaving badly. And it, too, has a heroine locked in a nasty rivalry with a goody two-shoes—a sucky teacher played by Punch. There are some good laughs along the way, but the conceit wears thin. After Bridesmaids has raised the bar,  Bad Teacher kicks it down a notch or two. The script (by Gene Stupnitsky & Lee Eisenberg) leers at its skanky heroine from a distinctly male point of view. And director Jake Kasdan seems more focused on detonating the gags than developing the characters. Despite the likeable cheek of the premise, and a game performance from Diaz, Bad Teacher gets just a passing grade. 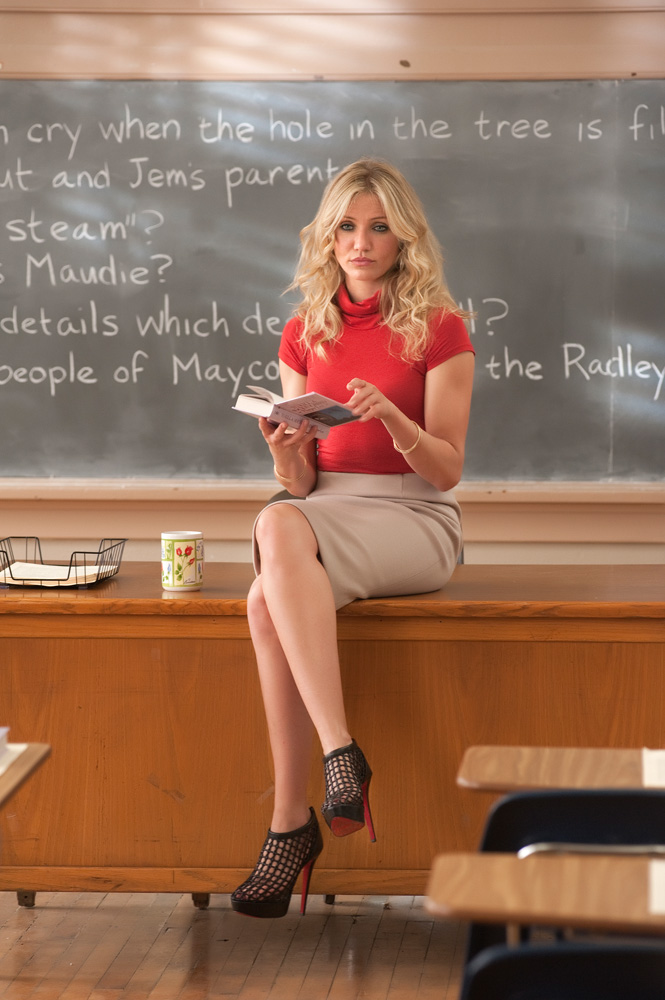 Scene by scene, the narrative never seems plausible. Sure, for a while it’s fun to watch Diaz strut her stuff as a greasy, white-trash slacker whose busts every taboo in sight, short of sleeping with a student. But she never seems remotely plausible. There’s also something a bit creepy about watching an actress whose career has seen better days play a woman so desperate for approval that she’ll sell her soul for a pair of fake breasts. It’s gutsy, to be sure. You have to hand it to Diaz for giving herself such a rude makeover—she looks like Michelle Pfeiffer on crack. And her performance has the go-for-broke gusto of a mid-career Hail Mary pass. But the character doesn’t add up. On the one hand, she feels she’s doomed unless she gets silicone breasts. Yet she flaunts her sexuality with the brazen confidence of someone who still believes she’s the hottest babe on earth—notably in the charity car wash where she shows up in Daisy Duke shorts, soaks herself, and uses her body as loofah, giving the car a virtual lap dance. She’s working hard for the money.

Diaz is flanked by a fine cast but they’re confined to caricatures by the writing and direction. Sure it’s cute to see Timberlake play a supercilious preppie hypocrite, but we don’t believe him for a second. Lucy Punch has a juicy role as a Diaz’s prissy, tightly-wound nemesis, but again, she doesn’t seem remotely human.

The movie lights up whenever Jason Segel (Forgetting Sarah Marshall) looms into view. He plays a lusty gym teacher with a mischievous sense of humour, whose unabashed advances are systematically rebuffed by Diaz. From the word go, he seems destined to be her fun-loving partner in crime, but she’s too busy trying to snag the stuck-up preppie. Segel works his charm to the hilt yet comes across as a credible character, and we want more of him. But the problem of having one actor in the cast who plays his scenes for real, rather than milking the gags, is that everyone else starts to seem like victims of the script. Bad Teacher‘s entire appeal lies in guilty pleasures; that’s what make you root for it, and for Cameron Diaz. But whenever there’s a spot of exhilarating brilliance—a devious aside by Lucy Punch, or any of Segel’s scenes—it makes you wish the rest of the movie wasn’t lagging so far behind.