Anne Kingston on the best and worst sartorial choices 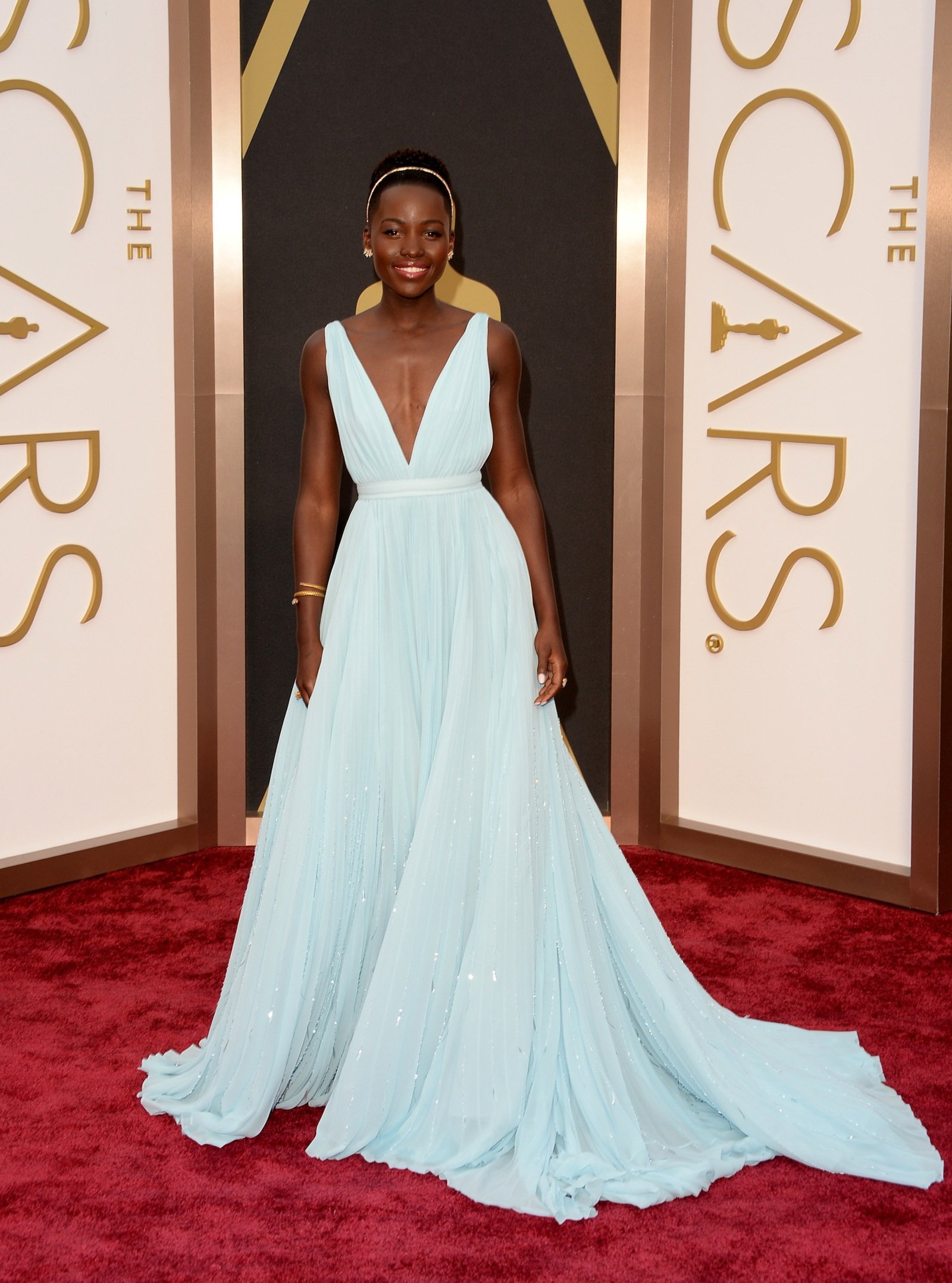 “Nairobi blue”: Best supporting actress Oscar winner Lupita Nyong’o–the breakout style-setter of awards season–created a new colour trend when she told one red-carpet interviewer that the hue of her plunging Prada reminded her of Nairobi–“a little bit of home.” 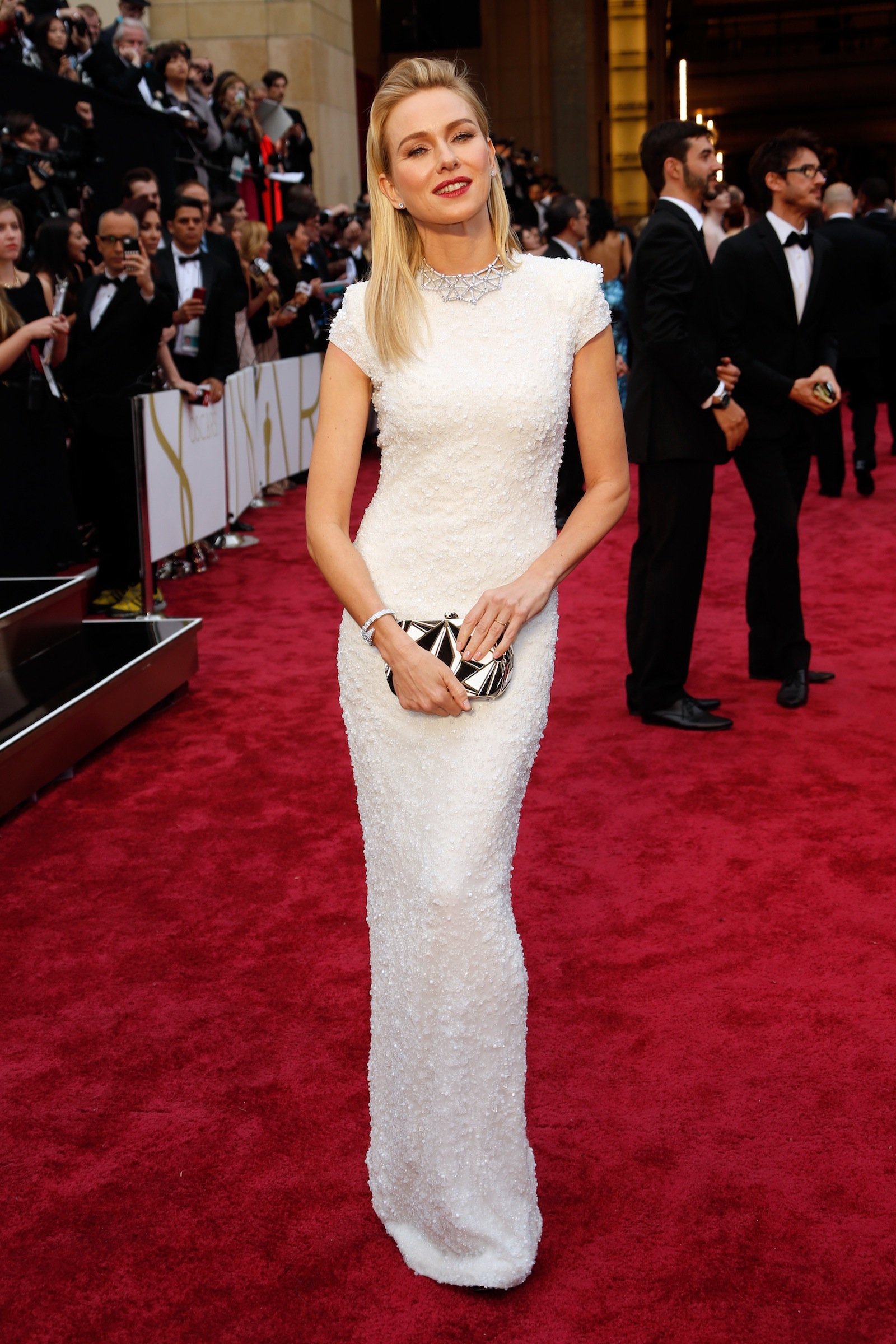 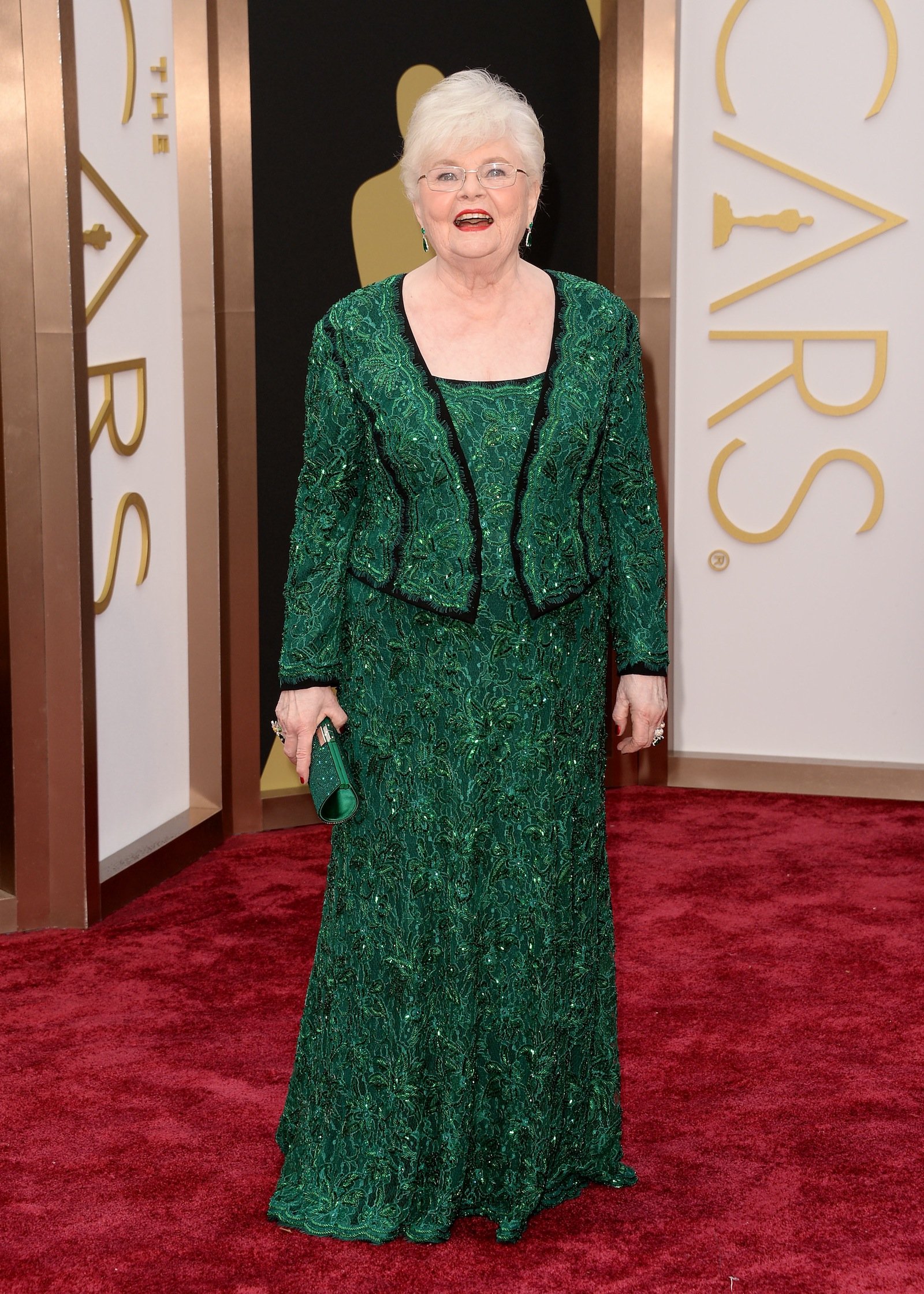 This is what 84 can look like: Best supporting actress nominee June Squibb in a glittery emerald jacket and gown by Tadashi Shoji. 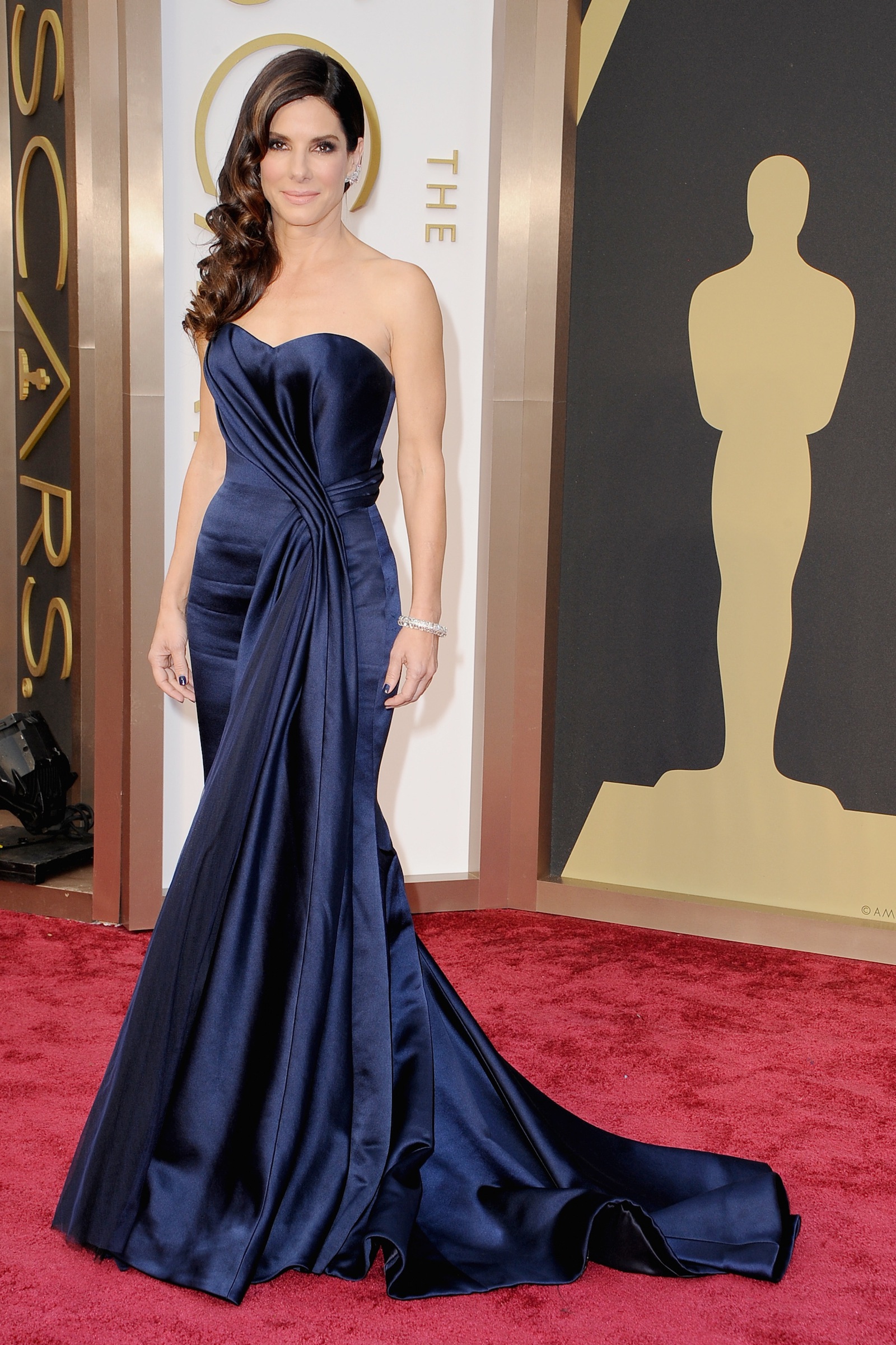 Best strapless of the night: Sandra Bullock in night-sky satin. 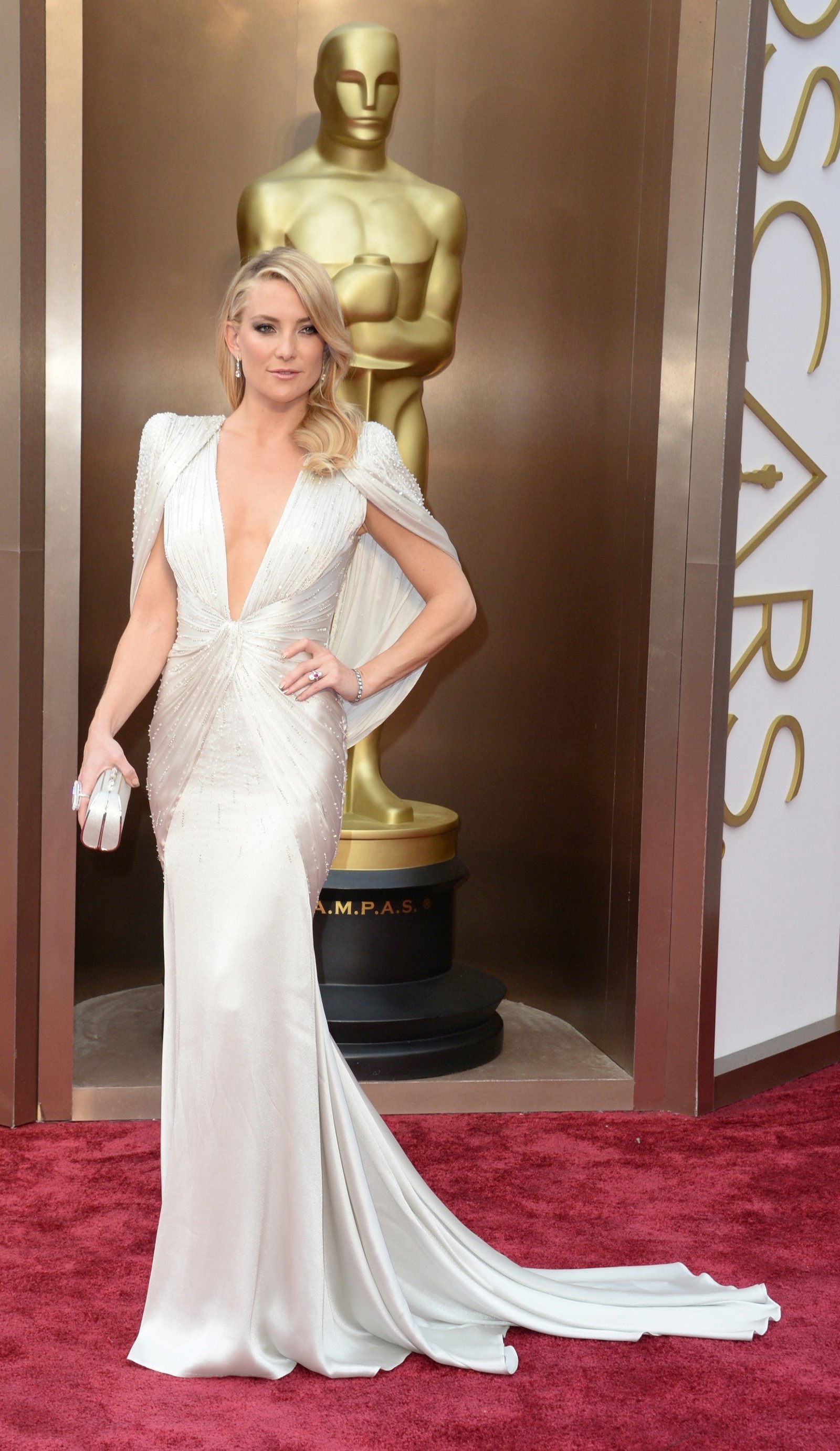 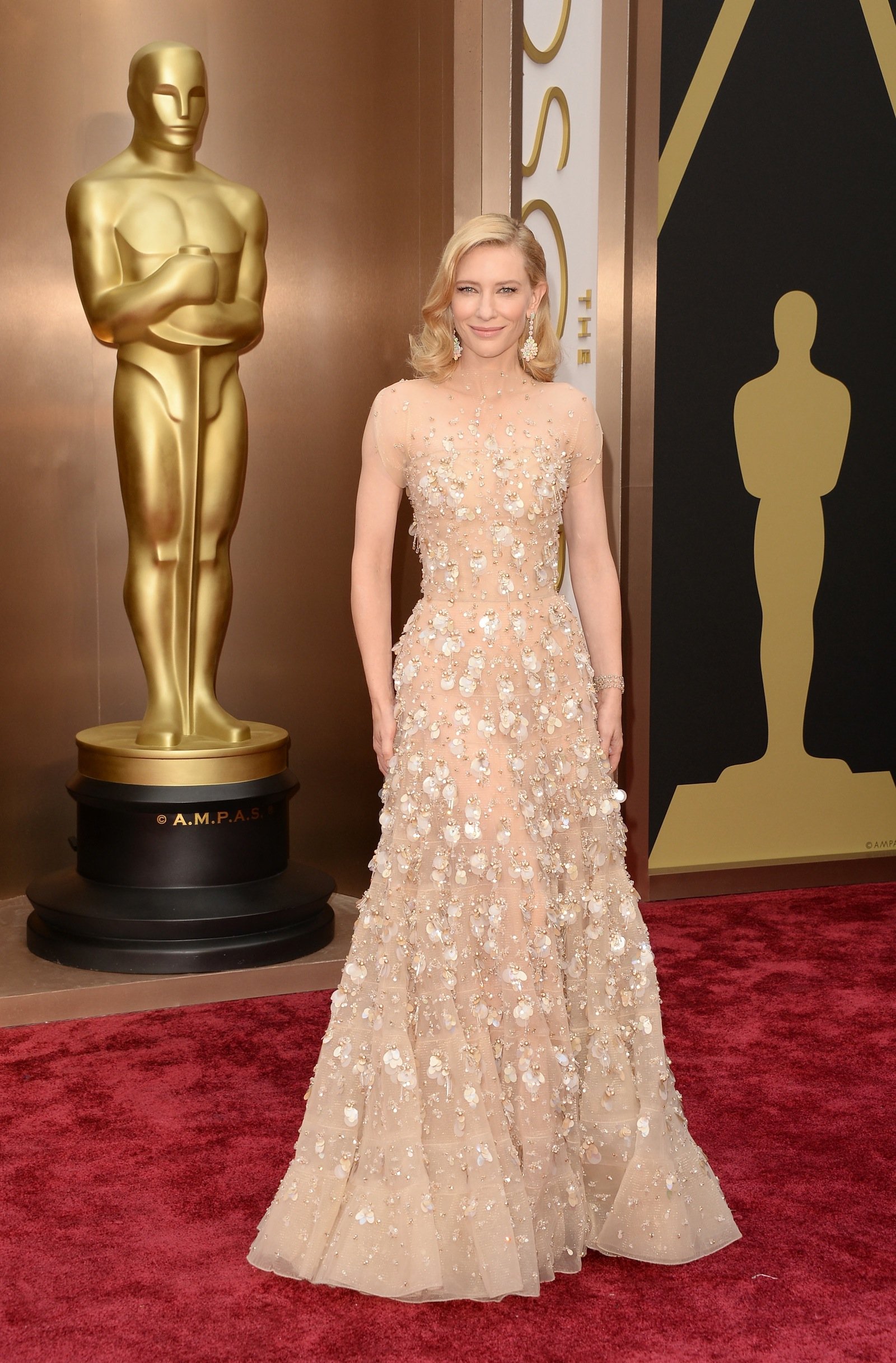 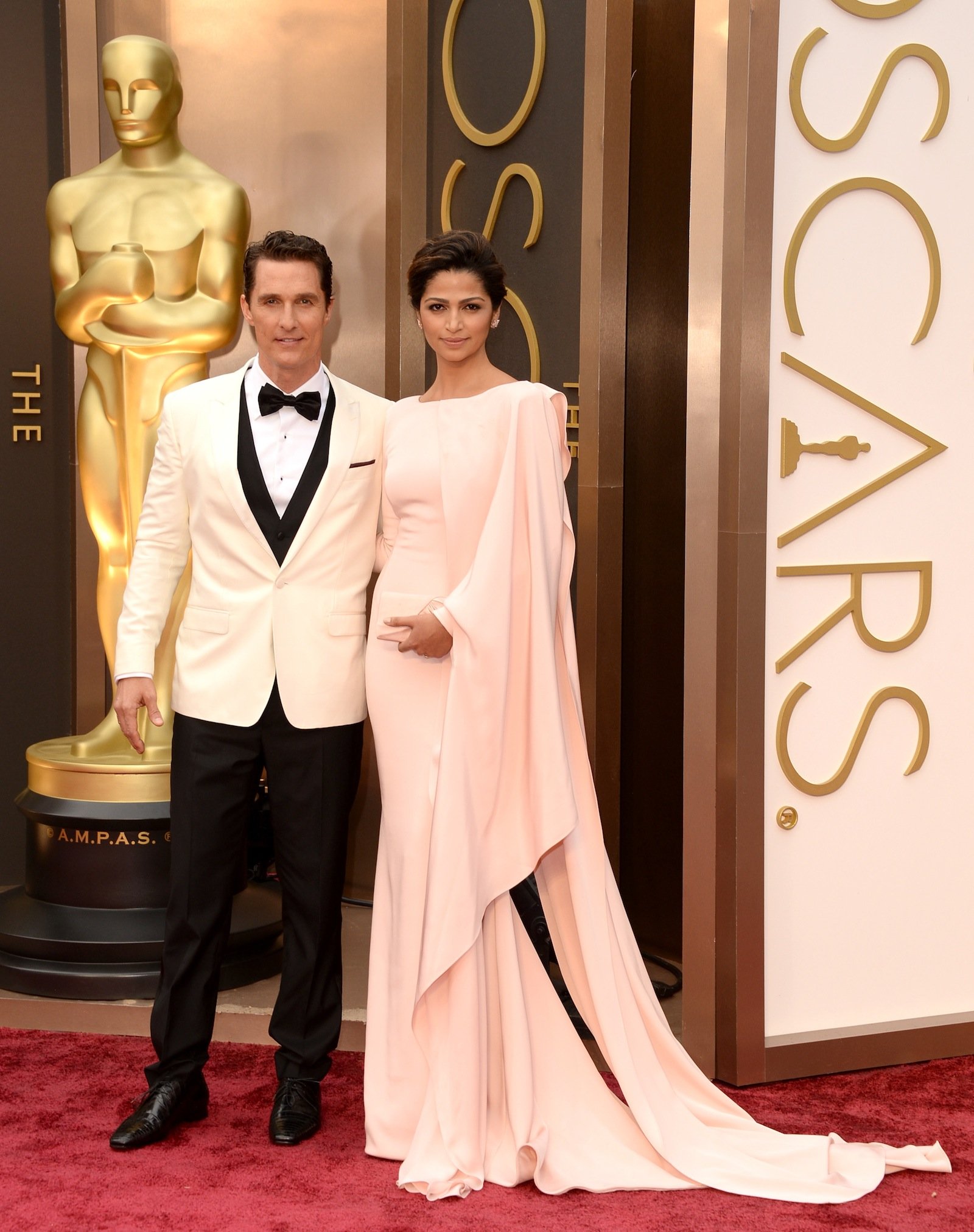 The king and queen of the pastel prom: Matthew McConaughey and wife Camila Alves. 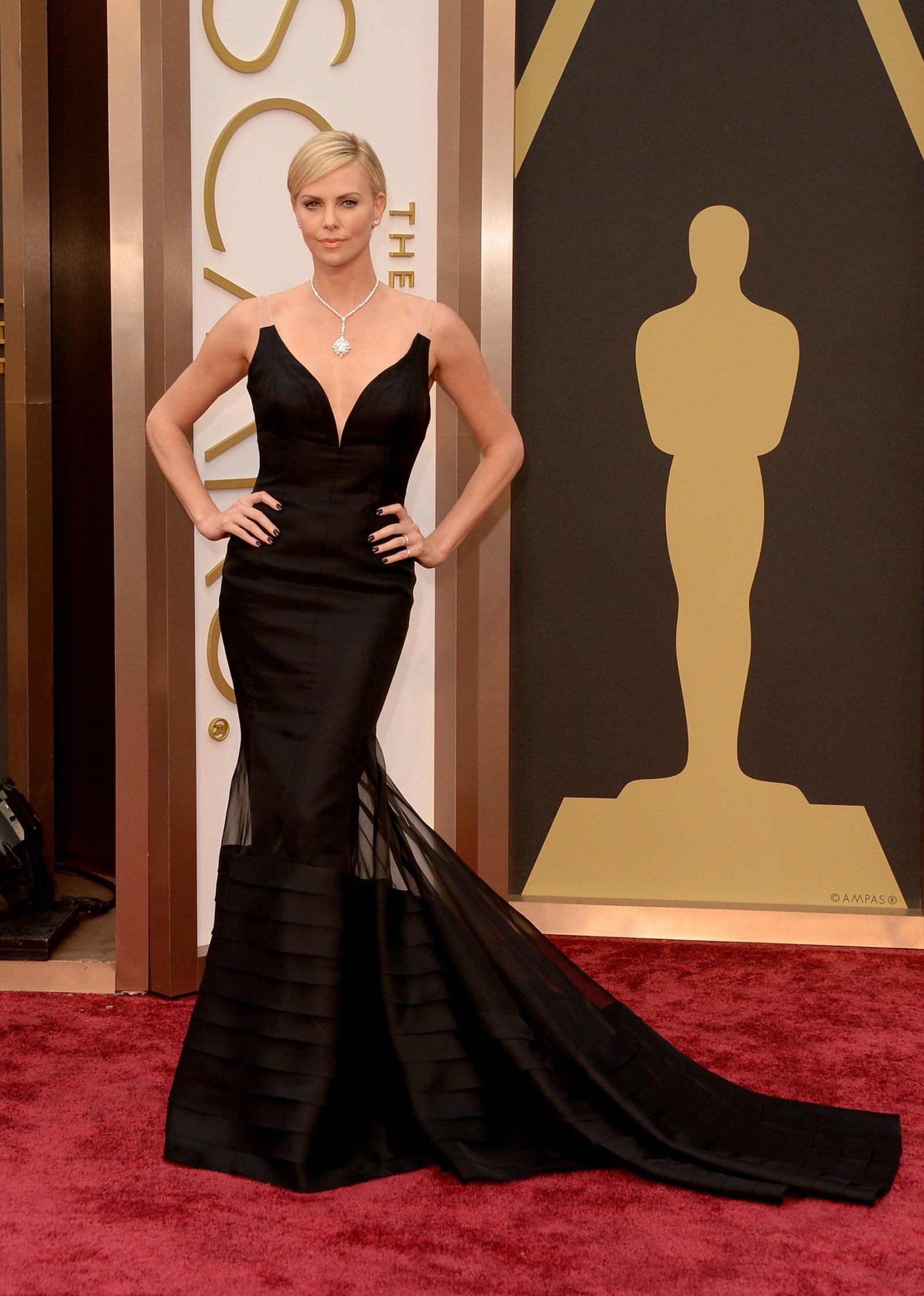 Madame X: Charlize Theron takes ’50 Hollywood glam and brings it into the 21st century in a va-va-va-voom black Dior that channels John Singer Sargent, only with visible “illusion” straps. 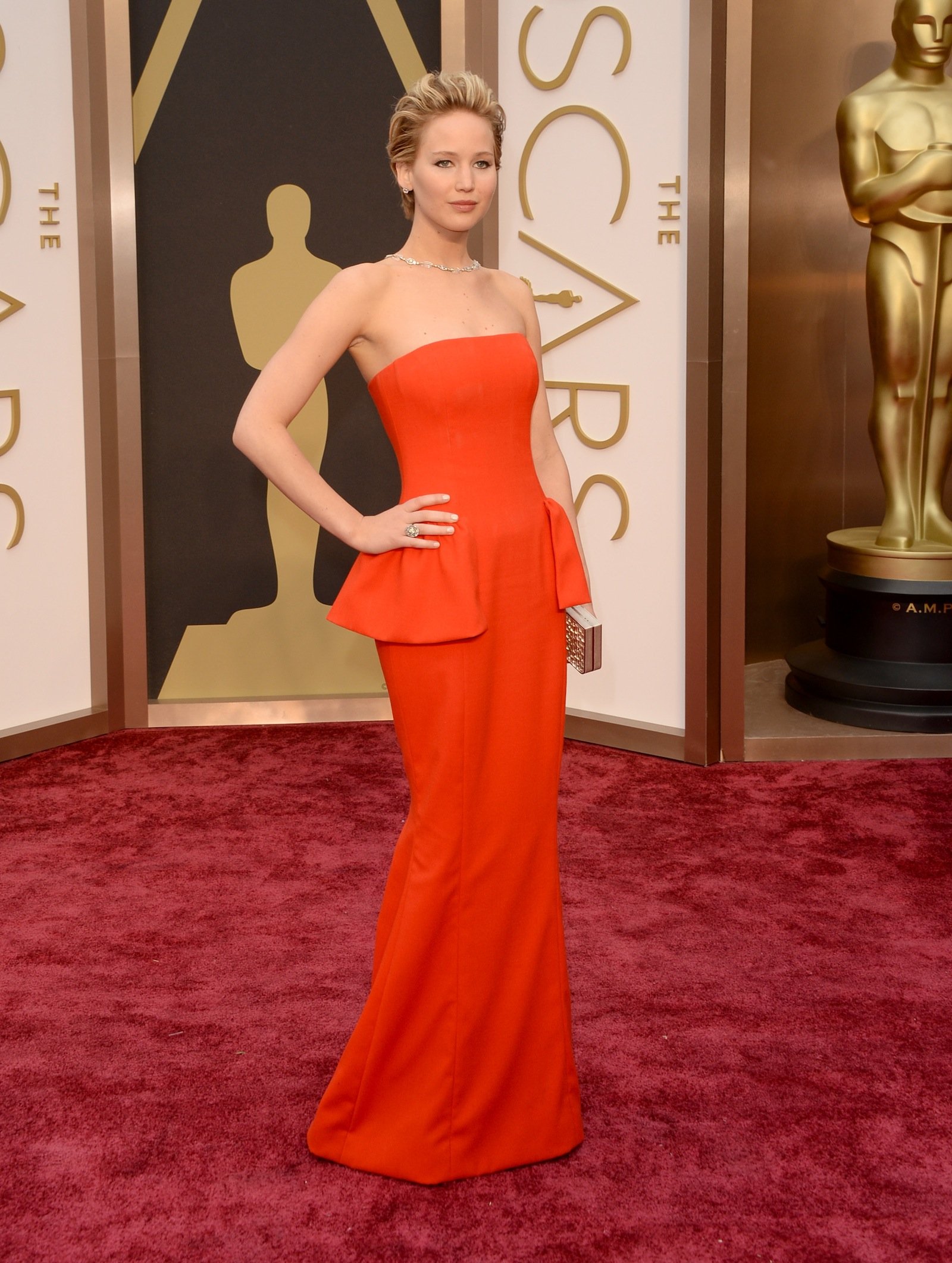 Only in Hollywood could Jennifer Lawrence, in strapless scarlet Dior, be called “brave” for wearing the same hue she wore to the Oscars in 2011. 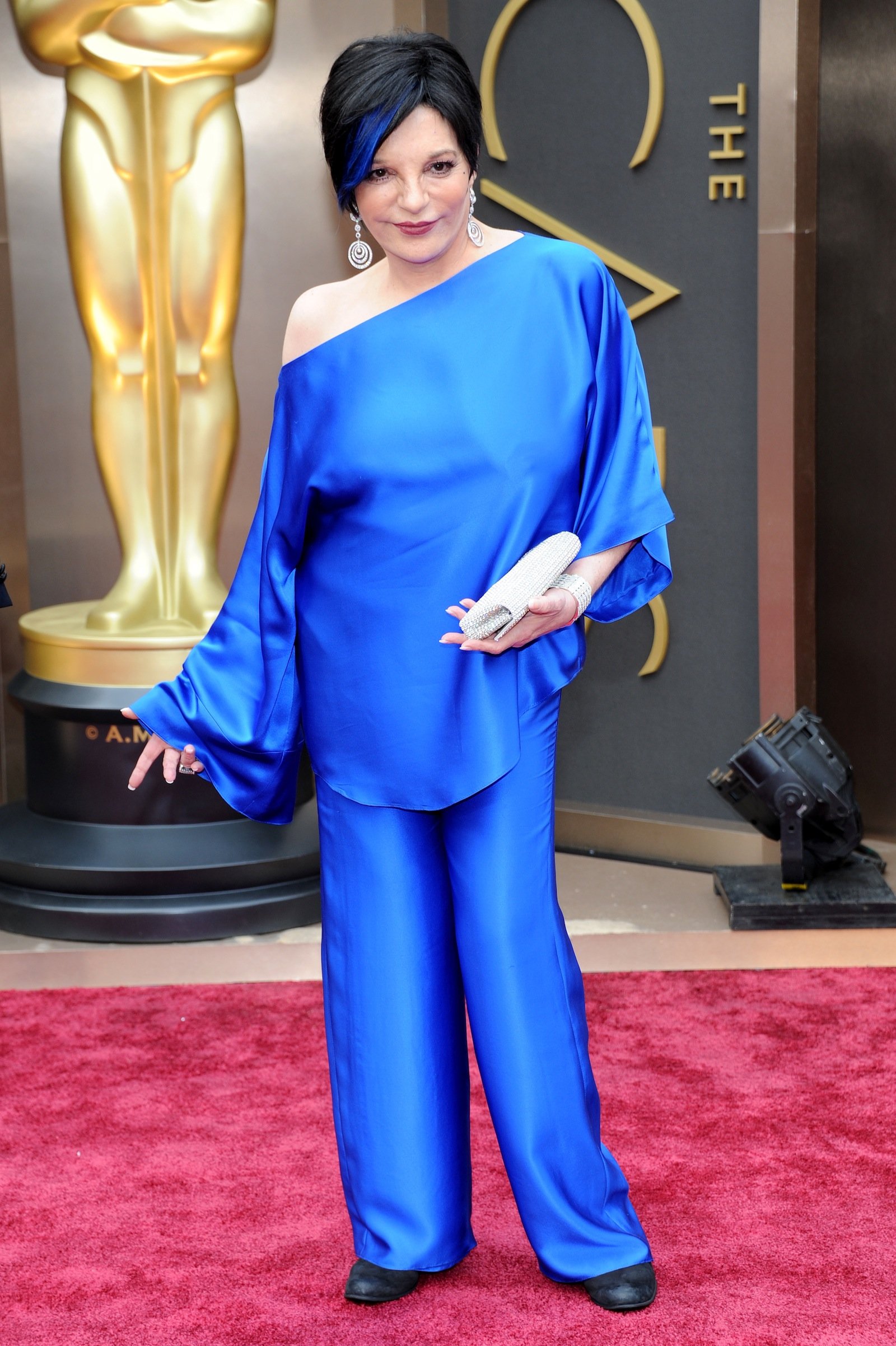 Taking blue-rinse to the next level: Liza Minnelli in cobalt-streaked hair and matching satin PJs that look like they survived a Studio 54 sleepover. 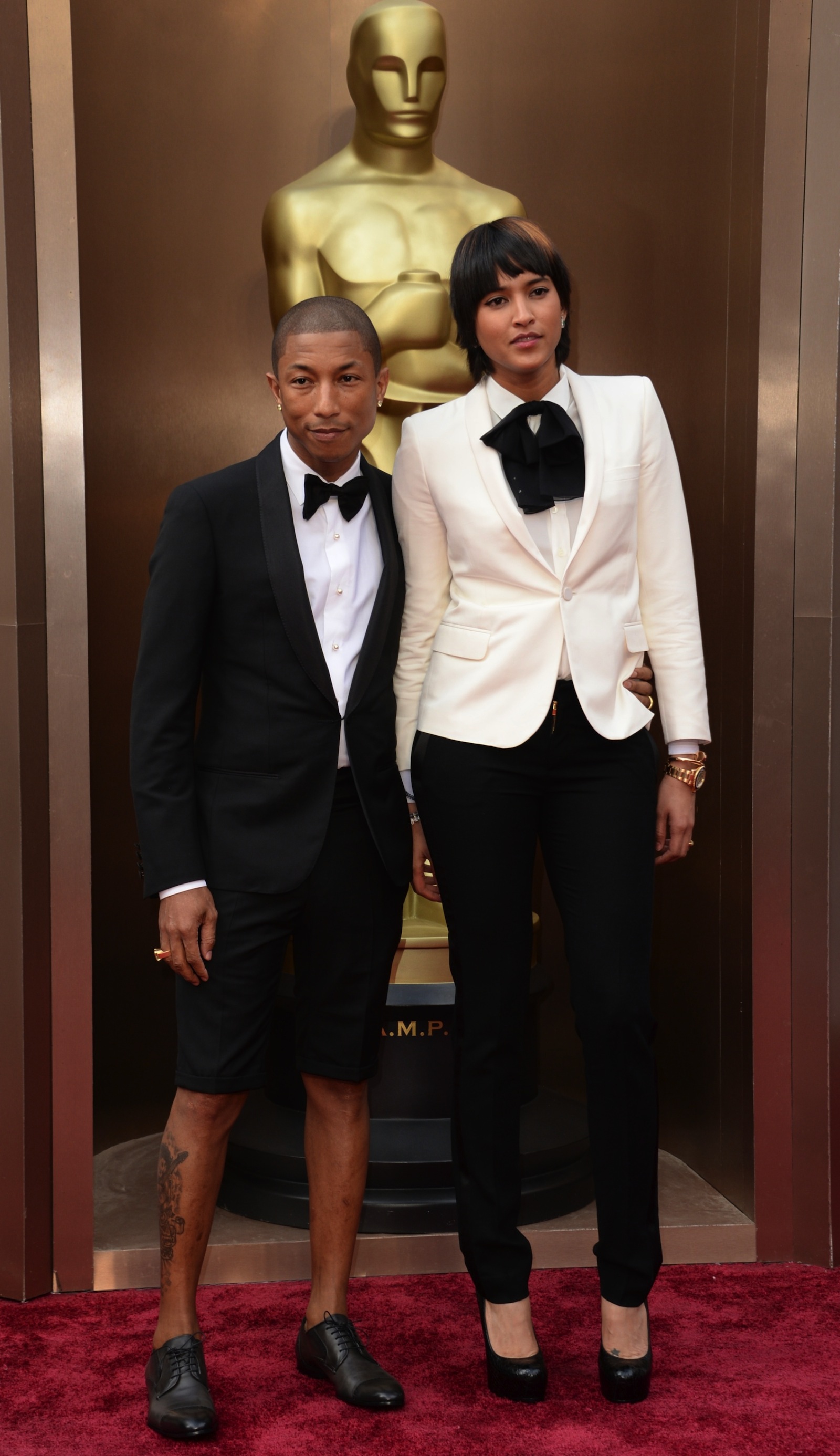 Pharrell Williams, here with his wife Helen Lasichanh, left his hat and big-boy pants at home and shows off his leg tats in a Buster Brown tuxedo. 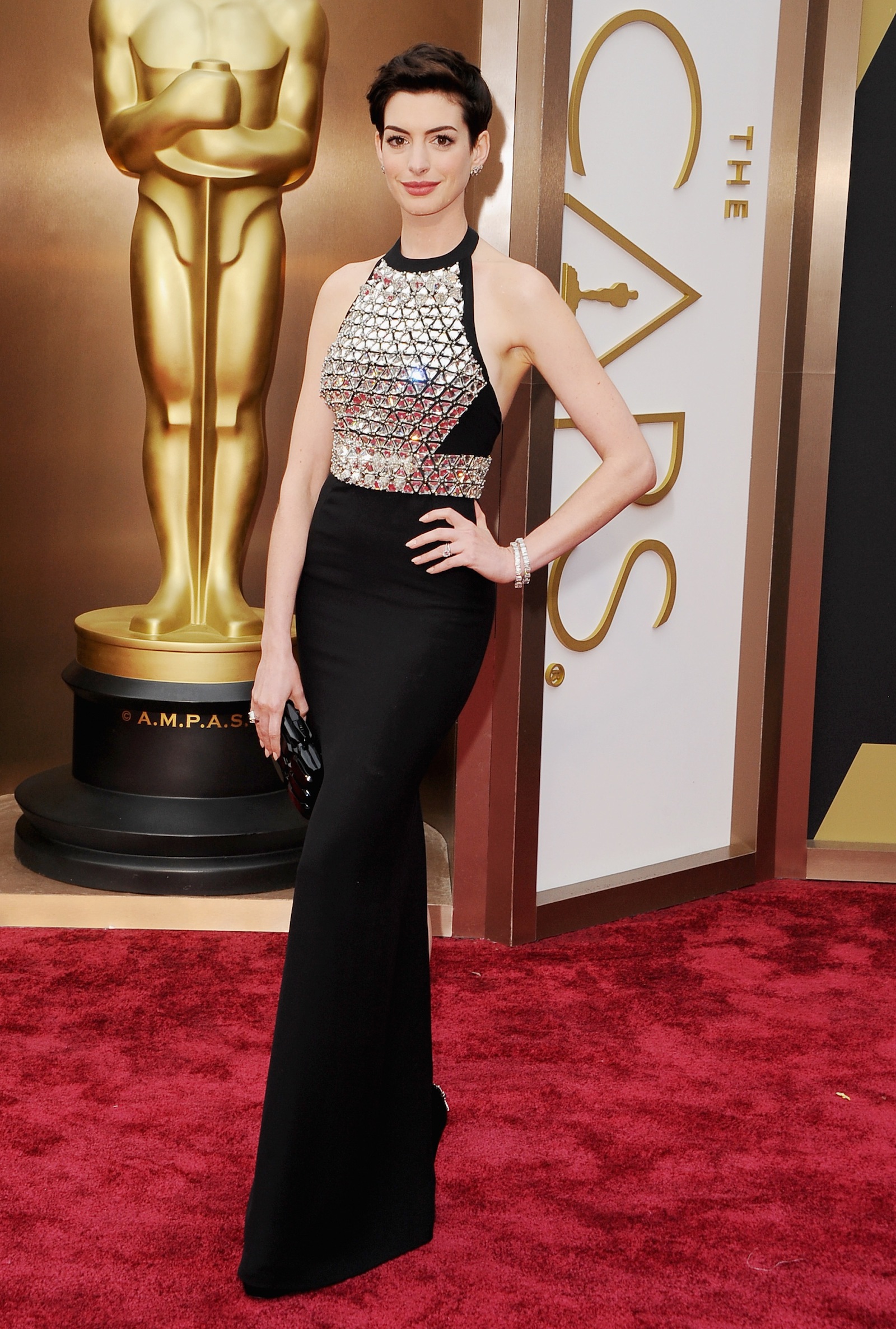 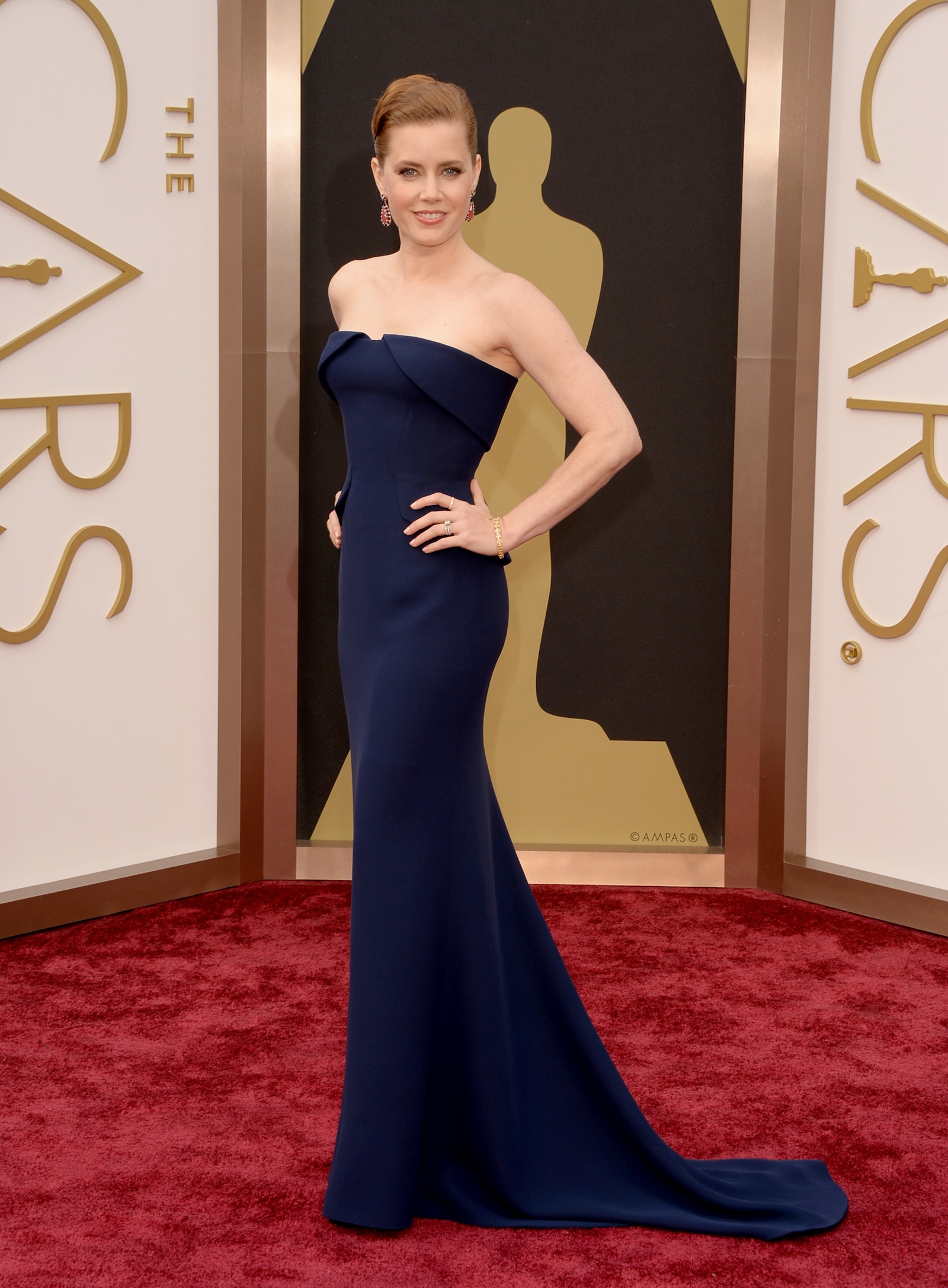 Amy Adams put the décolleté on constant view in American Hustle, but it’s under wraps in a sleek strapless navy Gucci column that managed to boast breast flaps. 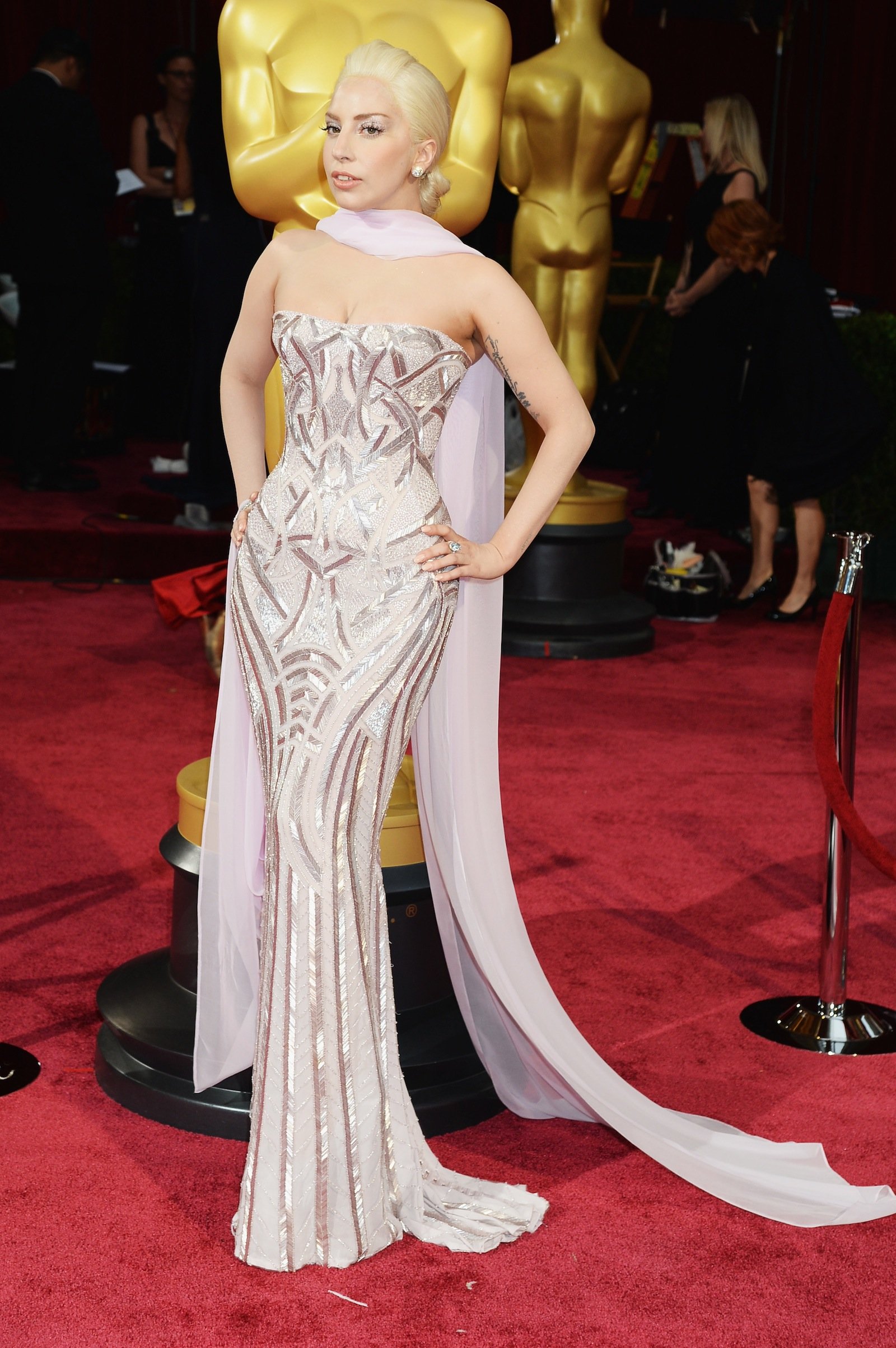 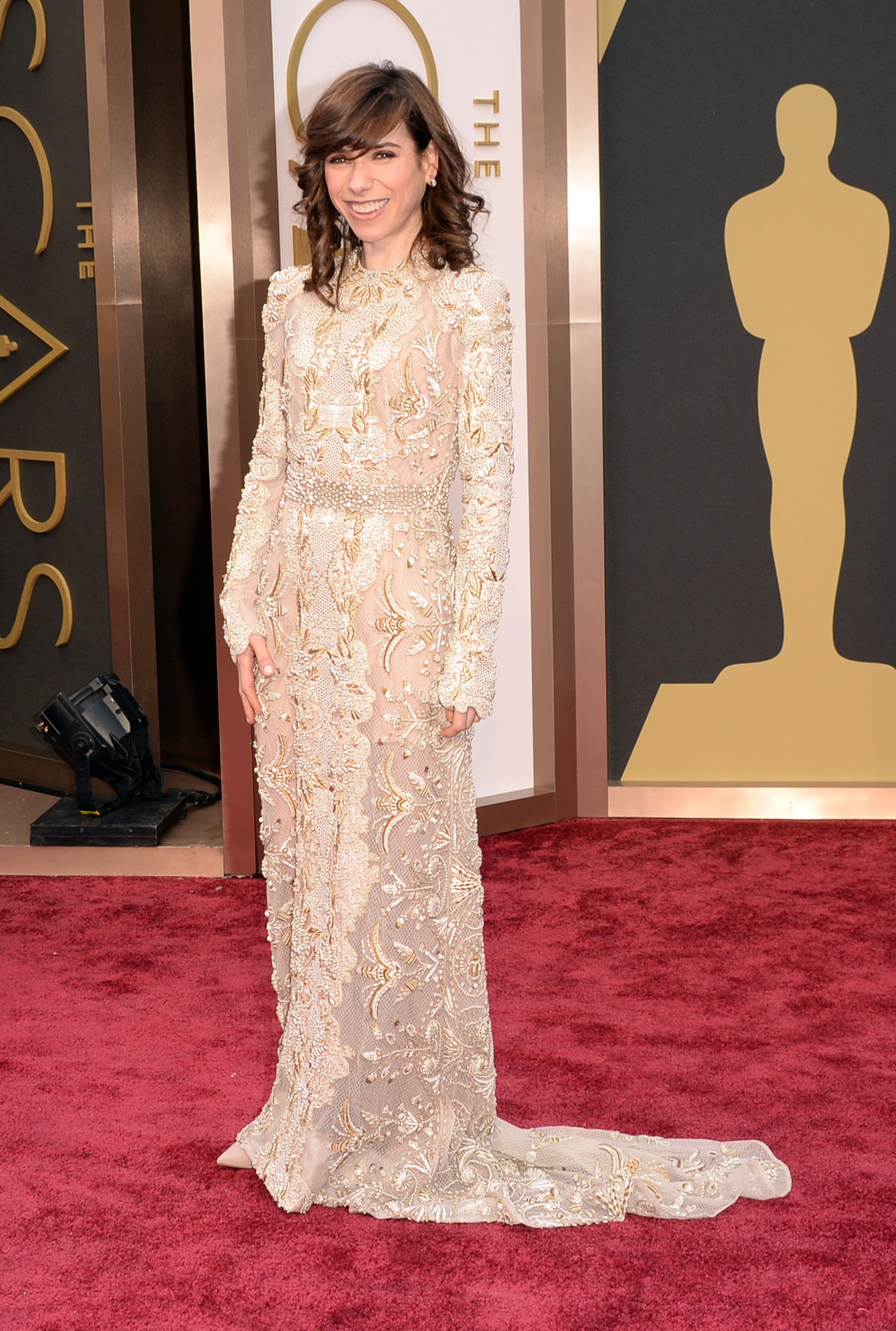 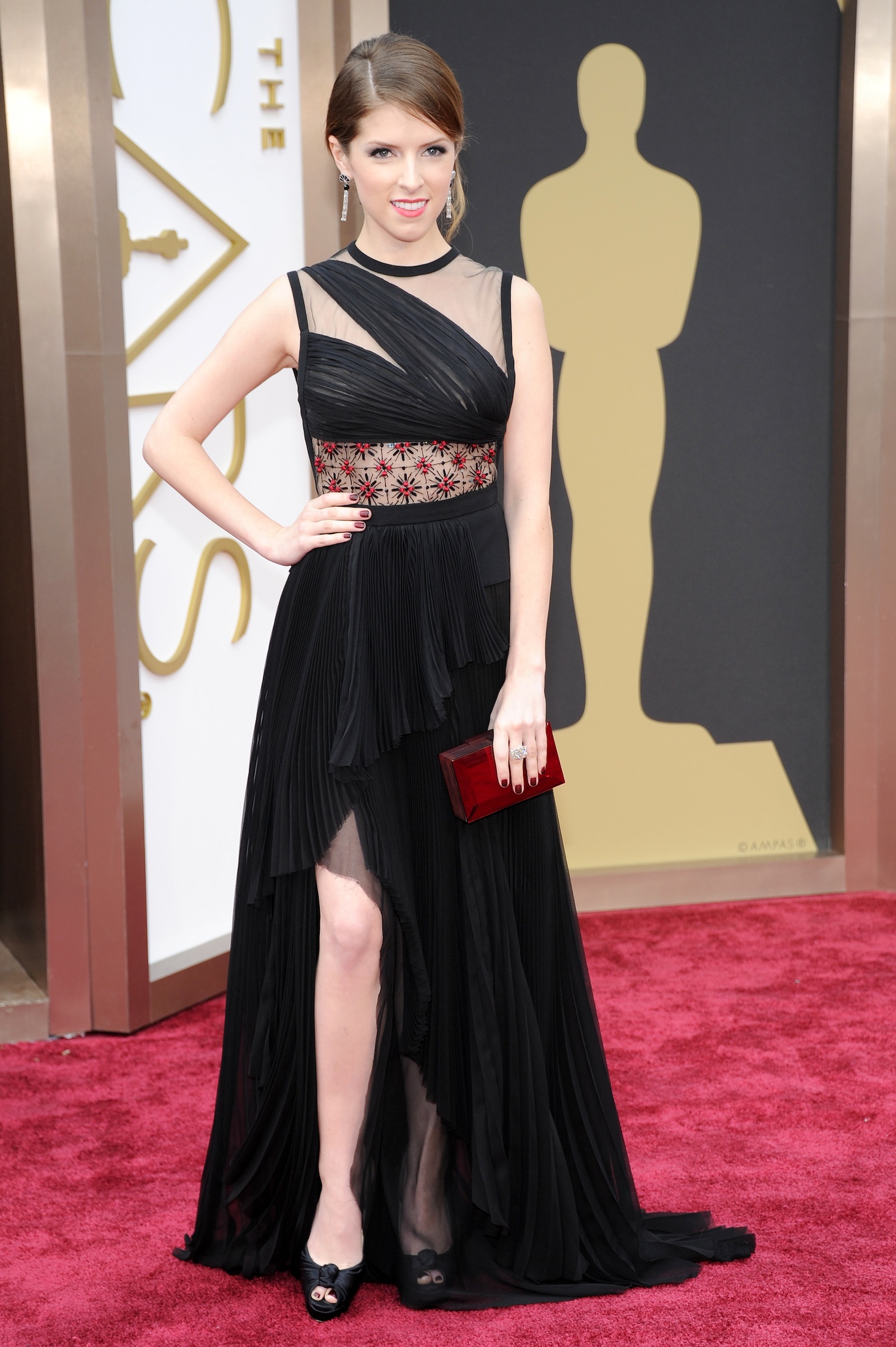 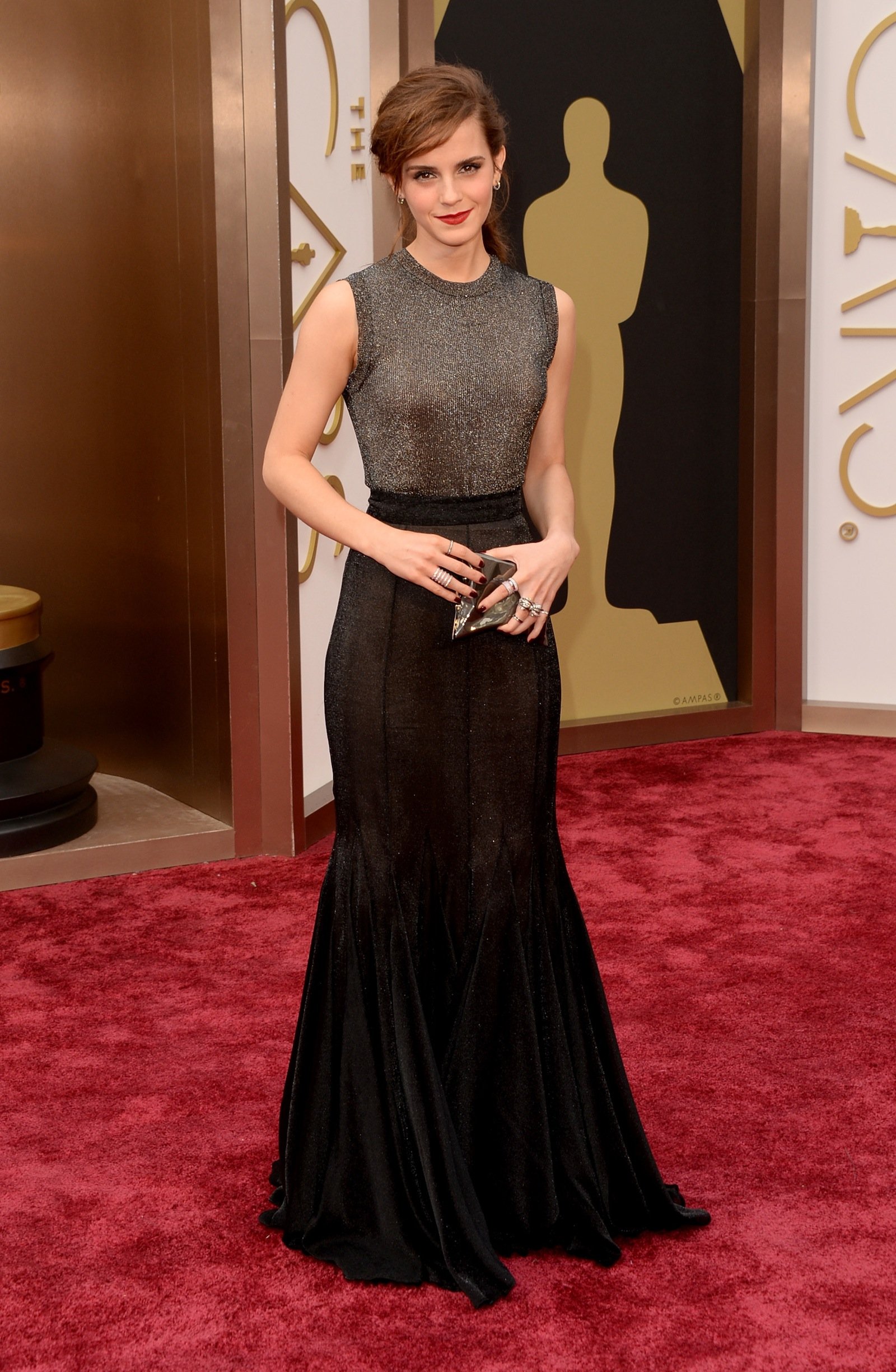