Period movies don't have to be period pieces

Costume movies and auteur directors don't usually mix, but filmmakers like Whit Stillman are trying their hand at the genre 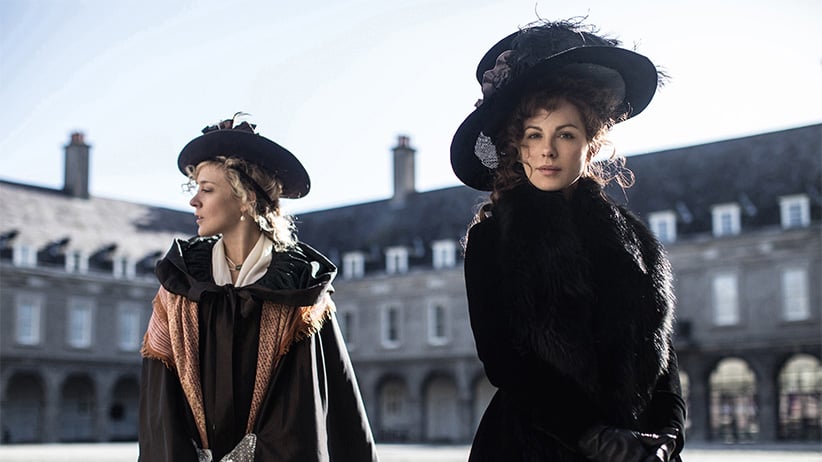 The film Love & Friendship, which had its first wide release last Friday after playing at the Sundance Film Festival early this year, is based on an early Jane Austen story called Lady Susan. As Jane Austen adaptations tend to be, it’s set in the early 19th century, with all the costumes and carriages that implies. That makes the movie sound like just another typical period piece, the kind you get from BBC miniseries and middle-of-the-road cinema. Except the film is written and directed by Whit Stillman, who made his name with a trilogy of modestly budgeted films about upper-class Americans in the 1990s. He rarely goes farther back into the past than, in one of his most famous titles, The Last Days of Disco. Eric Burritt, who worked on the film and runs a Stillman fan site, says people shouldn’t be surprised: “It fits right in with the Whit Stillman canon. Like his other films, the story revolves around romantic relationships.” And yet it’s still surprising, because indie directors usually do all kinds of movies—but rarely anything that calls for old-fashioned gowns.

The costume picture, set in the distant past, is one of the oldest and most beloved movie forms, and it often cleans up at the Academy Awards. But many independent-minded directors have had trouble working in this format. Specialists in costume dramas tend to be directors like Tom Hooper, of The King’s Speech and Les Miserables, a former episodic TV director who is known more for flashy camerawork than individual themes. More personal filmmakers often steer clear of this kind of movie; they might do a deliberately stylized version of the past, like a Western, but rarely a movie that tries for historical realism: “I don’t like to do costume pictures,” Alfred Hitchcock admitted, “mainly because I cannot imagine anyone in them ever going to the bathroom.”

Even when acclaimed directors try their hand at period films, the results aren’t always the most memorable. Martin Scorsese’s 19th-century films, like the Edith Wharton adaptation The Age of Innocence or the 1860s story Gangs of New York, have rarely had the impact of his other movies. Sofia Coppola followed up her breakthrough movie Lost in Translation with Marie Antoinette, which New York magazine described as “probably Coppola’s least-loved film.” It sometimes seems like when directors go too far back into the past, to eras they didn’t personally live through, they lose the qualities that made them popular in the first place.

If costume dramas have trouble getting the best out of their directors, part of the problem might be that they’re hard to put together: getting the right costumes for the era, and replacing cars with horses, makes it hard to shoot in a spontaneous way, not to mention more expensive. And unless the directors are experts on the period, they may have to leave some of the reconstruction in the hands of the crew members: Burritt says Love & Friendship “was shot in Ireland, where there are expert crews who are very familiar with period pieces.”

In the last few years, more directors of note are trying to get some energy and individual style into this type of movie. The Birth of a Nation, which won multiple awards for director and star Nate Parker at the Sundance Film Festival, even ironically co-opts the title of one of the first successful period epics, D.W. Griffith’s white-supremacist Birth of a Nation. Costume movies don’t have to be old-fashioned if they question the history we usually see in this kind of film, or tell the stories of people who are usually left out of them.

Even adaptations of old classic authors don’t have to be stodgy. A movie like this can become personal if it fits in with the director’s own personal obsessions—and no one has been more obsessed with Jane Austen than Stillman. Mark C. Henrie, editor of Doomed Bourgeois in Love: Essays on the Films of Whit Stillman, adds that the director is influenced by Austen in his telling of “stories that focus on the subtle nuances of ‘group social life.’ ”

Part of the point of a film like Love & Friendship is that people in period costume can be just as comical and down-to-earth as people in modern dress, and vice-versa: “The comedy of manners means a comedy of morals,” Burritt says. “Not just people sipping tea, dressing up or having good manners.” If directors can make this kind of material align with their own interests, and remind themselves that people are people in any era, they can potentially turn costume movies into something interesting. And if they can’t, well, they can always sell them to the BBC.