Behind the scenes of the Tom Thomson documentary

After reading what our film reviewer Brian D. Johnson had to say about West Wind: The Vision of Tom Thomson, a documentary that delves into the life of one of Canada’s most important–and mysterious–artists, back in April, I really wanted to go and see the film. But I missed it while it screened in theaters. Lucky for me, I’ll get a second chance this Sunday night when the documentary has its broadcast premiere on Bravo.

Here’s what Johnson had to say about the film:

West Wind: The Vision of Tom Thomson presents a vivid and expansive portrait of the artist who has been called Canada’s van Gogh and whose death remains a fascinating enigma. Directed by Michèle Hozer & Peter Raymont, the film weaves dramatic reenactments with a wealth of archival material to bring Thomson’s to life. While it chronicles events with the conventional structure of a TV biography, what’s truly inspired is the way the camera hunts down vistas of Georgian Bay and Algonquin Park and aligns them with Thomson’s paintings, almost magically, in a series of dissolves.

Also, the reenactments of Thomson putting brush to canvas are captivating. I’m always happy to watch painters paint on camera, closing the gap between the canvas and the screen, and those sequences in West Wind are sharply executed.

With a hand from journalist Roy McGregor, author of Northern Light: The Enduring Mystery of Tom Thomson and the Woman Who Loved Him, the filmmakers try to unravel the questions surrounding the artist’s death. They make a pretty convincing case that he was murdered and dumped in the lake, not simply drowned. It’s such an extraordinary tale, you wonder why a Canadian filmmaker, or a producer like Robert Lantos, hasn’t tried to turn Thomson’s story into a dramatic feature. But for now, West Wind serves as a satisfying portrait of the young romantic who forged his work from the pre-Cambrian shield and remains our most intriguing artist.

And here are some pretty spectacular, and very Canadian, images that photographer Peter Bregg took back in September of 2010, when he spent two days on the set of the documentary in Algonquin Park. 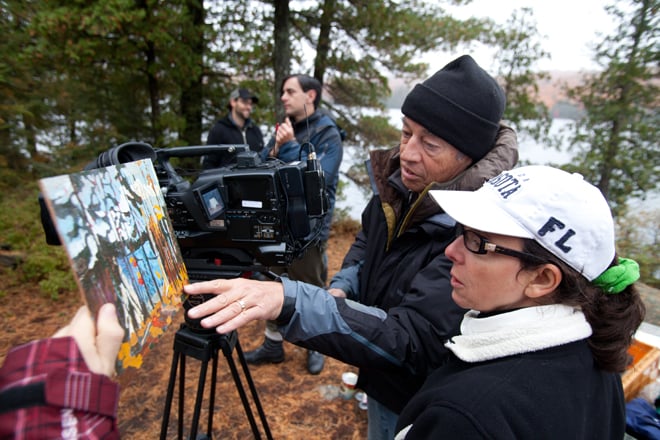 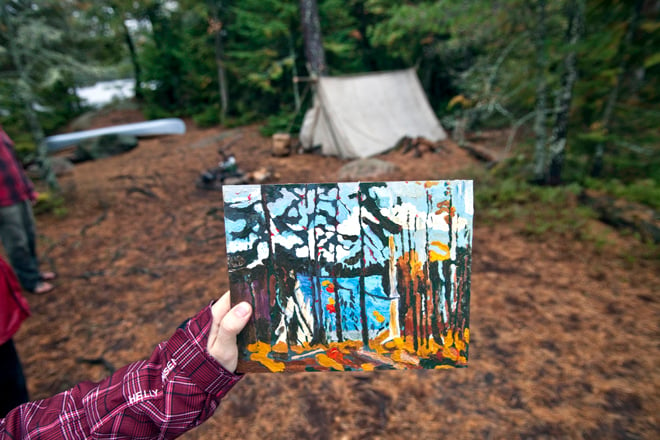 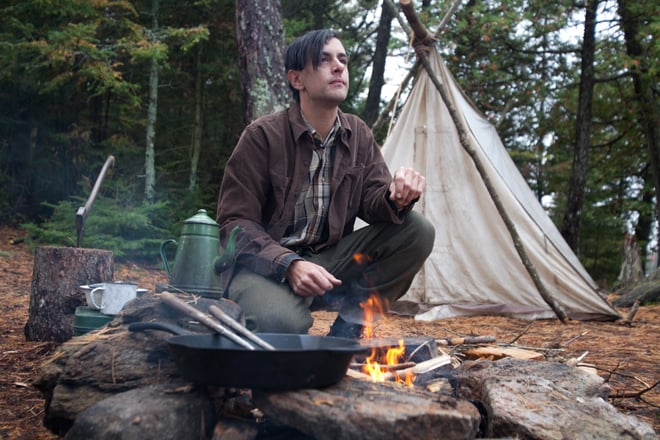 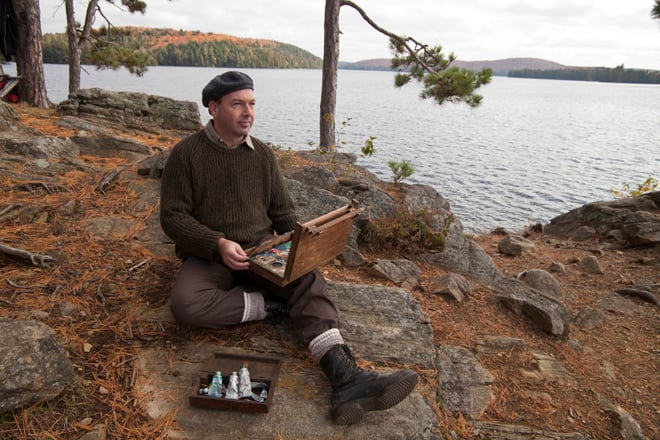 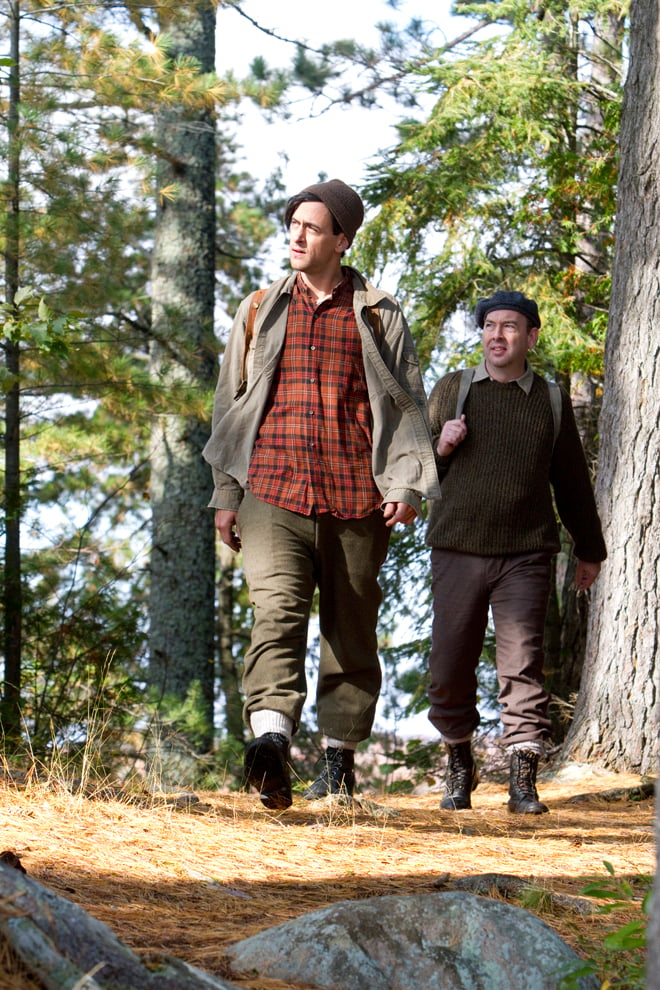 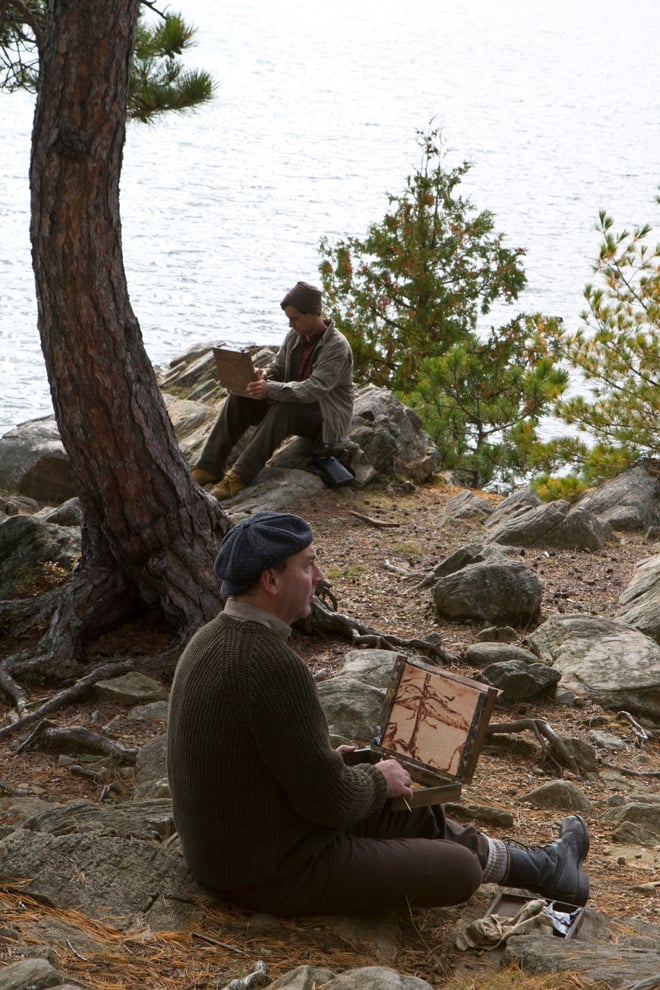 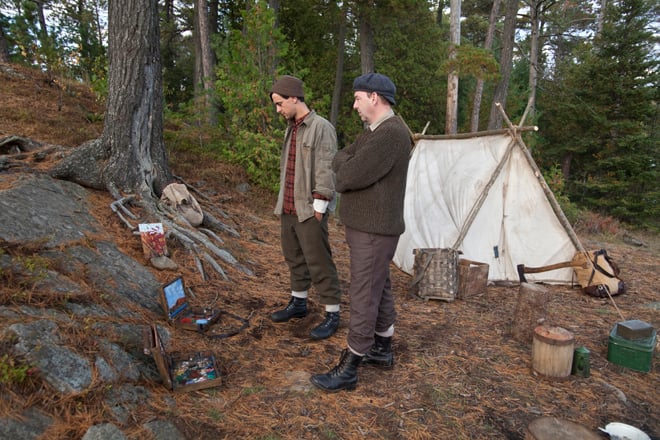 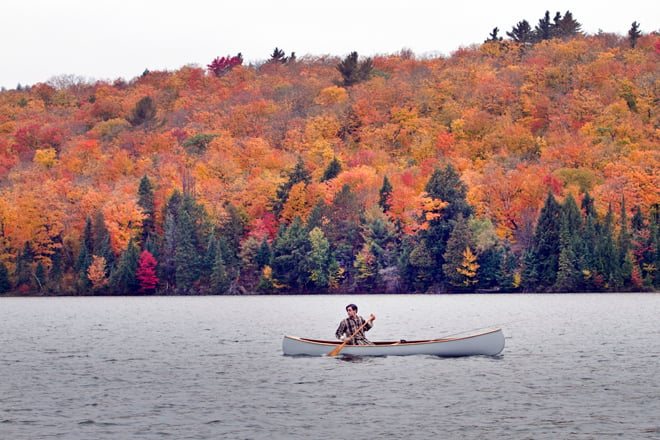 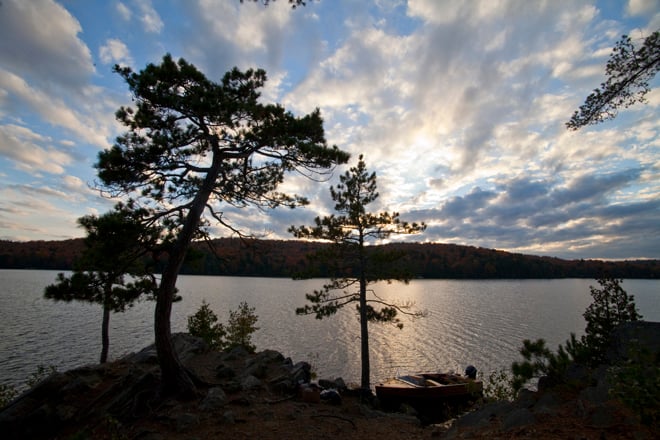 An iconic shot in Algonquin Park (Photograph by Peter Bregg) 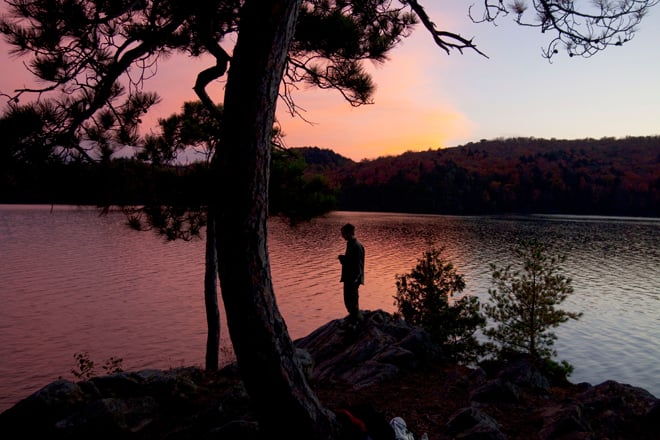 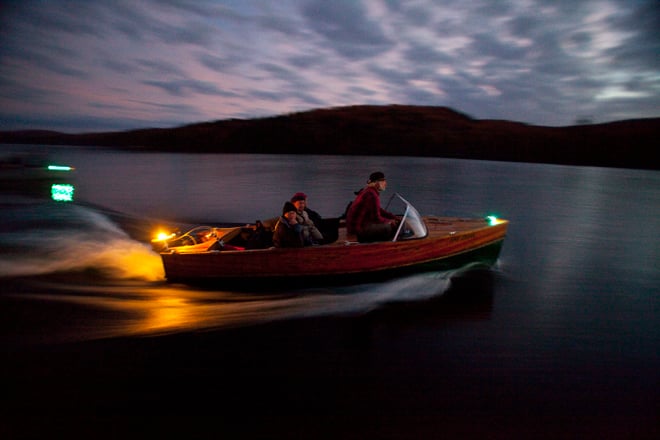