Now that I've seen her documentary, I'm glad I didn't spill the beans 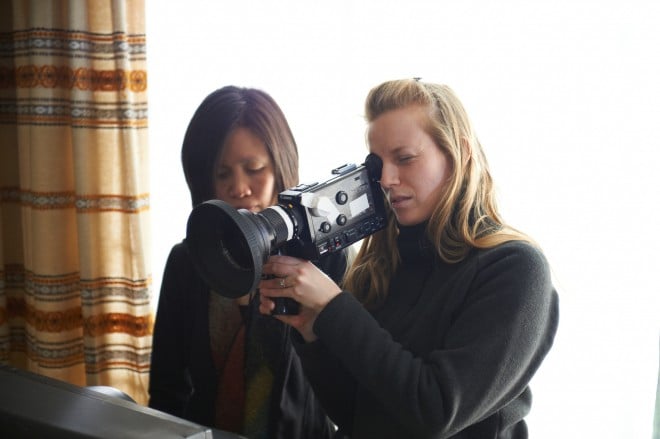 If you’re looking for evidence that Canada’s media culture is a kinder, gentler place than its American and British counterparts, look no further than the case of Sarah Polley. Today the 33-year-old Toronto filmmaker and actress finally went public with a family secret that has been known to certain members of the film community and the media for well over a year—that actor Michael Polley, the man she’s called Dad all her life, is not her biological father, and that her mother, who died when she was 11, conceived her during an extra-marital affair. Sarah revealed the secret in a blog post on the National Film Board’s website, as she braced herself for the Venice and TIFF premieres of Stories We Tell, an astonishing documentary in which she unravels her family history.  I’m one of several journalists who became privy to the secret ages ago but, at Polley’s adamant request, refrained from going public. I had tried to talk her into giving me the story. But I respected her wishes, partly because her privacy seemed more important the public’s need to know. But also because to do otherwise would seem like dubious journalism: sure,  I could have cobbled a piece together from sources, but without Polley’s confirmation, and the details she could provide, breaking her secret seemed at best shoddy and at worst unethical.

Now that I’ve seen her documentary, which premieres in Venice next Wednesday, I’m glad I didn’t spill the beans. It’s a brilliant film: an enthralling, exquisitely layered masterpiece of memoir that unravels an extraordinary world of family secrets through a maze of interviews, home movies, and faux home movies cast with actors. And now I find I’m reluctant to reveal details that Polley has put on film—not to preserve her privacy, but so as not to spoil the story she has told with such consummate skill and sensitivity onscreen.

If you want to know more — spoiler alert! — here are some excerpts from Polley’s NFB blog post:

“In 2007 I was on set in Montreal, shooting a scene for the film Mr. Nobody. I received a phone call from a friend warning me that a journalist had found out a piece of information about my life that I had kept a secret for a year. I got in touch with the journalist and begged him not to print the story. It was a story that I had kept  secret from many people in my life including my father. It took some time and many tears to convince the journalist not to print the story within the week, but I left that conversation convinced that it was not a secret I could keep for long, and that if I wanted the people in my life and outside my life to know the story in my own words, I would have to take action.

“I flew to Toronto that night to tell my father the news. He was not my biological father. This had been confirmed by a DNA test with a man I had met a year earlier. I had met my biological father almost by accident, though I had long suspected based on family jokes and rumours that my mother may have had an affair that led to my conception.

“My father’s response to this staggering piece of news was extraordinary. He has always been a man who responds to things in unusual ways, for better or for worse. He was shocked, but not angry. His chief concern, almost immediately, was that my siblings and I not put any blame on my mother for her straying outside of their marriage. He was candid about his own lack of responsiveness towards her and how that may have led her to the point where she sought out the affection of another person. And then he began to write. And write and write and write.

“He wrote the story of their marriage, her affair (which he put together from other people’s memories), and his relationship with me. He wrote about our need to tell stories.

“My biological father, at my behest, had also begun writing the story of his relationship with my mother. He is a fine storyteller too and one of the most interesting people I’ve ever met. Each of us had a deep and growing need to tell the story, different parts of it, in different ways, with emphasis on different details, in a way that reflected our own experience and what was most important to us as we are now.