Putting on the blitz in 'Transformers: Dark of the Moon'

It's like watching a relentless loop of machines having super-rough, clumsy sex

Sentinel Prime and Optimus Prime in 'Transformers: Dark of the Moon'

I blame it on Federico Fellini. Before submitting to the epic assault of Transformers: Dark of the Moon, I spent a blissful hour or two previewing the new Fellini exhibit at the TIFF Bell Lightbox. Much of it consists of exquisite black and white photographs populated by the likes of Marcello Mastroianni, Anita Ekberg, Sophia Loren, Brigitte Bardot, Elizabeth Taylor, Richard Burton… you get the gist. This gelato swirl of Roman time travel conjured a fresh-painted post-modernism, a delirium of sex, fashion, celebrity and art—that now looks like a lost world. Exit the Lightbox. Enter the Scotiabank multiplex just up the street. On with the 3D shades. A little more than two and a half hours later, I staggered out dazed, confused, and a bit dizzy.

The second Transformers sequel, which launches its six-day march to the holiday weekend in IMAX theatres tonight, is touted as the movie most likely to be the year’s top-grossing box-office champion. Now that I’ve seen it, I can understand why. I’ve never seen such a massive volume of stuff (the polite word for) thrown at the screen in all my life. It’s like a heavy-metal Jackson Pollack, an action painting on a gargantuan scale. Instead of paint, it’s machine flesh, a Shock and Awe blitzkrieg of robot body parts splatter the screen helter-skelter in relentless explosions of recombinant hardware. The graphic detail alone is staggering, as is the sheer wealth of firepower. After a while it’s like watching an endless loop of machines having violent, clumsy sex. And I have to admit Transformers 3 was hugely impressive. Or hugely something. It’s a bottomless pit of mechanical brushstrokes. But once the novelty wore off, there were very few moments in this orgy of mass destruction when I wasn’t thinking: get me out of here. 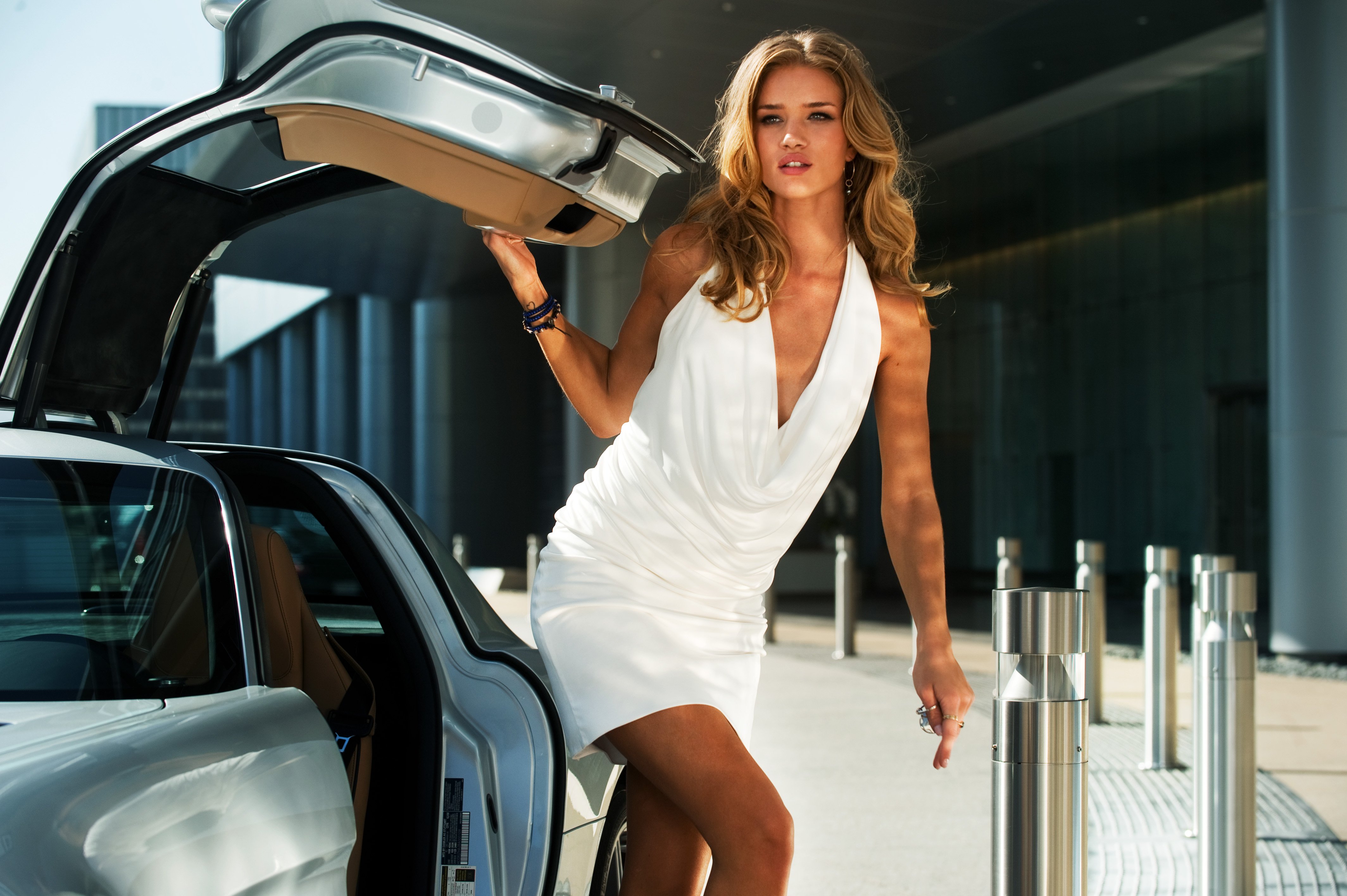 Rosie Huntington-Whiteley in 'Transformers: Dark of the Moon'

Basically, it’s a war movie, with most of the fighting being waged between morphing machines—between good Transformer aliens (Autobots) and bad alien machines (Decepticons). The contraptions aren’t easy to tell apart, especially in the heat of battle, because they all look like they came off the same assembly line. The story, such as it is, grafts its premise Forrest Gump-style onto American history—as in Green Lantern. We learn that the Apollo 11 moon landing—shown in an amusing mix of archival and fake documentary footage—was a covert mission. The real purpose was to investigate an alien crash-landing on the dark side of the moon. We see Neil Armstrong and Buzz Aldrin use their 21 minutes of radio silence on the moon to take a hike and investigate an alien ship. The entire space race, as it turns out, is part of the cover-up. The script’s intrigue, however, is soon swept away to make room for mindless action. Soon the movie stops making sense, as if to say: all that matters is the spectacle, so why bother?

There is some formidable art in the machines—these intricate, acrobatic puzzles that spin and churn into a menagerie of robo-beasts. It’s graphic design reconceived as a martial art.  And there’s also some glancing wit in the visual allusions, such as the tentacle-like beard on a patriarch Transformer, an echo of the won worn by Bill Nighy’s Davy Jones in Pirates of the Caribbean. Not to mention those blue horizontal lens flares that  have become a bit of a fetish in alien movies lately—they were also riddled through Super 8. Fun and games.  But it’s hard to dismiss Transformers 3 as harmless entertainment when it shifts into high moral gear and lets propaganda obliterate art. In the third act, as U.S. troops join the battle, the story climaxes on a painfully strident note of American military jingoism. It can’t be even excused as ironic kitsch. So in as much as this monster toy story is aimed at children of some age, that’s alarming.

As for the 3D, technically it’s not bad; in this kind of cartoon world it’s hard to quibble that the Decepticon serpent ripping through a building doesn’t look “real.” But the shooting style is far too busy and kinetic for the medium. In some hectic scenes of wholesale destruction, it’s not just objects that disintegrate, but the image itself—a textbook example of how not to shoot in 3D.

Oh, I almost forgot. There are people in the movie. Shia LaBeouf reprises his role as the impetuous, oddly named hero, Sam Witwicky, now equipped with a shabby new car and a shiny new girl. Megan Fox, who played his previous girlfriend, was fired from the franchise on Steven Spielberg’s order after she compared director Michael Bay to Hitler. Which seems unfair. The new girl is former Victoria’s Secret model Rosie Huntington-Whiteley, who sounds as politely English as her name and seems much better behaved. She comes off like a Bond girl but doesn’t get to do much fighting. Her character shows a flash of independence in the first act, as she flirts with her sinister tycoon boss (Patrick Dempsey). But before long she’s just a damsel in distress, being dragged through Armageddon by her hero. While LaBeouf gets properly scraped and bruised, she emerges miraculously unscathed, without so much as a stain on her white top, though she’s by his side with half of Chicago collapsing around them. She has a bee-stung pout that makes Angelina Jolie look thin-lipped, a kind female version of Zoolander‘s Blue Steel. Occasionally she’ll strike a meaningless pose in front of the mayhem, like a human transformer reverting to cover girl mode. These moments of vaguely human relief are refreshing. Because much of the time, humans don’t have a whole lot to do. Wrestling robots and collapsing skyscrapers are the main event.

So it’s not what you’d call an actor’s movie. LaBeouf’s job mostly consists of running, ducking and keeping his head down. There are a couple stagy performances by pedigree thespians—Frances McDormand, as a starchy head of U.S. security, and John Malkovich, who hams it up as LaBeouf’s bombastic boss. These days Malkovich can be expected to overact at the slightest invitation. But for McDormand to turn in a clunky, off-key performance requires an exceptional filmmaker who either doesn’t have a clue about how direct actors, or just doesn’t care. I’m sure Bay had his hands full enough making sure all that hardware, and software, ended up on the screen. As a filmmaker, he’s a pretty good businessman. To his credit, no one will come away from this Super Bowl of summer blockbusters wondering where the money went. (The budget is rumoured to be as high as $400 million.)

Artistic extravagance has undergone quite the transformation since the days of Fellini. Which points to a chilling and unintentional irony. Transformers 3 is the story of a battle to save the Earth from being colonized by a terrifying invasion of vulgar machines from an alien civilization. But if movies like this have come to rule the box office, the machines have already taken over. 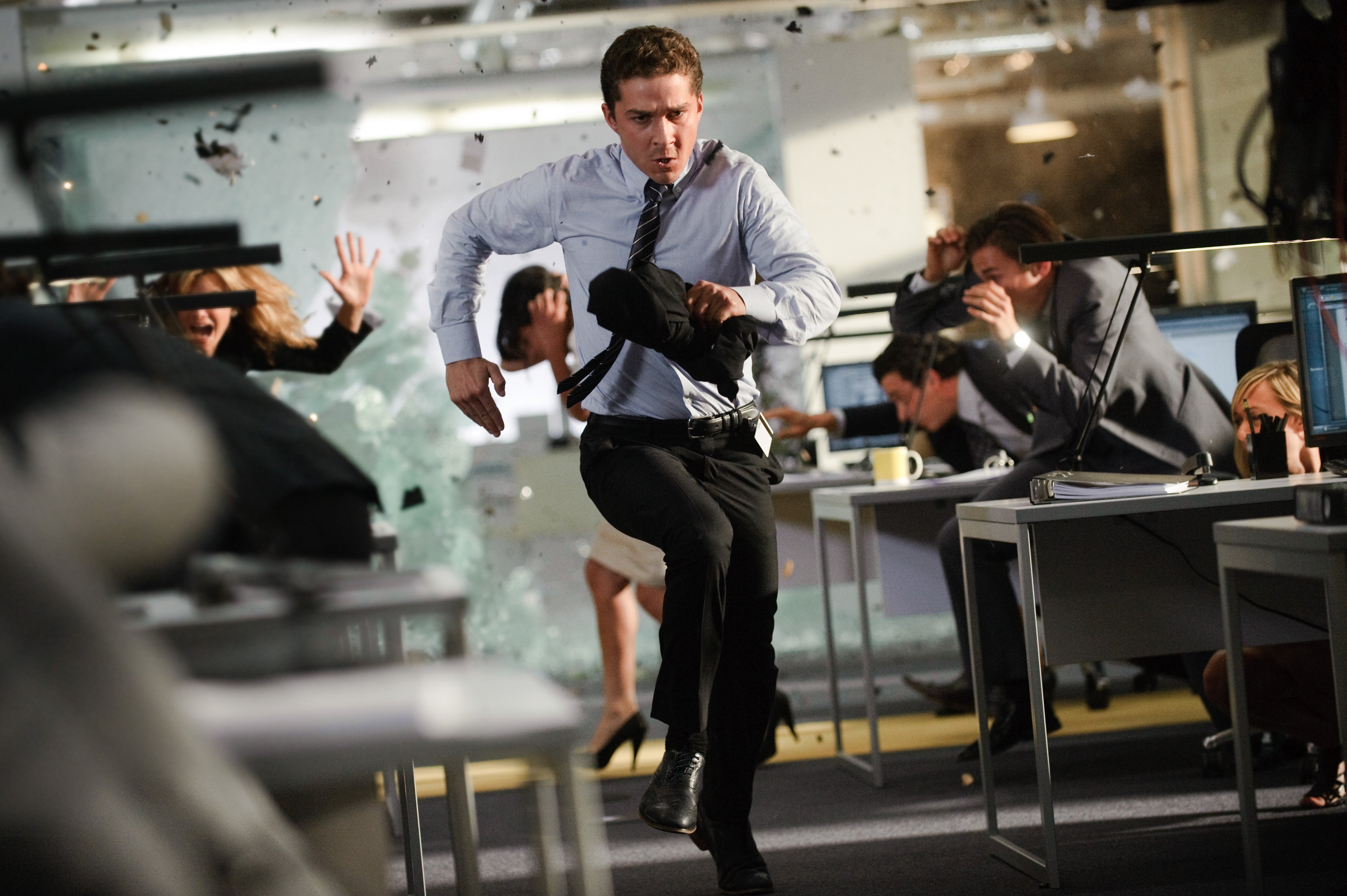 Shia LaBeouf in 'Transformers: Dark of the Moon'