Ralph Fiennes on directing and starring in 'Coriolanus'

'It was a bit schizophrenic' 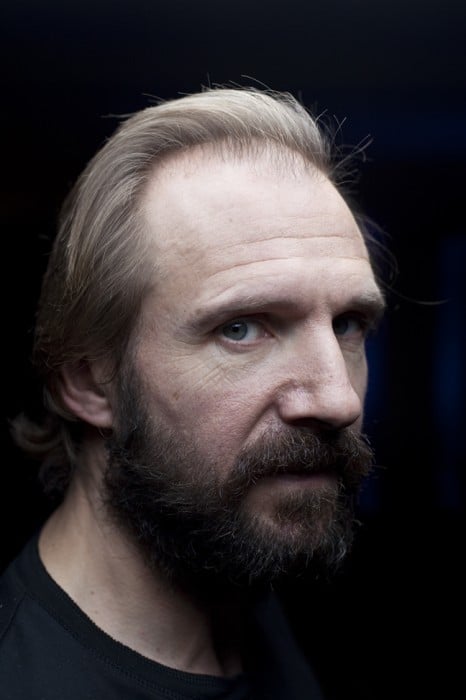 Yesterday, as four other reporters and I sat on plush sofas and stools around a leather coffee table in the mezzanine lounge of the Park Hyatt, Ralph Fiennes walked in—no, glided in—and sat at the head of the table. I was the last one to introduce myself: “I’m Jessica Allen from Maclean’s magazine.”  Squinting his blue eyes for a moment, as though he was going through the file folders of information in his mind, he responded in a soft voice, “Ah yes, I know Maclean’s.”

Fiennes is at TIFF to promote his directorial debut, Coriolanus, which he also stars in along with Gerard Butler, Brian Cox, Vanessa Redgrave and Jessica Chastain. (Then he’s back to London to perform on stage in The Tempest as Prospero, which explains the long hair and the beard.) It’s shocking that the last installment in Shakespeare’s Roman series has never been adapted for the screen considering it’s one of the playwright’s most radical plays; peasant revolts were taking place in England while Shakespeare wrote it and the play was even banned in France during the 1930s. And its plot has all the makings of a really good drama: think tough-as-nails-but empathetic general with political rivalries, social unrest, riots, revenge and ultimately tragedy. Leave it to Ralph Fiennes, who played the lead part on stage 11 years ago and instinctively knew it would make for a great dynamic modern film, to make it happen.

I ask the first question: how does he think the plot, which bears an eerie resemblance to current world events, will resonate today? “I hope it provokes discussion,” he says, looking straight at me. “I love it dramatically because I think audiences are challenged about where to put their allegiance. They can start off resisting Coriolanus and then find a way to admire him despite their thoughts about his views. I think it’s actually much more of a dissection of perennial dysfunction in humankind: of war, conflict, social unrest and what do you do when you put an extreme figure in the middle of it.”

I was having a hard time paying attention. Fiennes looks like a Roman emperor despite being dressed in worn-in jeans, a long-sleeved black cotton shirt and runners. It’s taking all I have to behave like a pseudo-professional.

Sitting up in his chair, Fiennes admits he found it hard to act and direct at the same time. “It was a bit schizophrenic. But I guess I knew it would be hard and I tried to be as prepared as I could be. And I knew the part—the learning of the lines wasn’t an issue because I’d learned them over the years.”

The hardest part, Fiennes says, deliberatly and in a near-whispered tone, was learning to trust the editing process. “You see a whole shot in the course of things and you start to look at it as a complete performance and it’s never going to be,” he says. “And then a good editor comes in and says, No I’ll just take this. Oh!”

Like Baz Luhrmann, who Fiennes believes “created a very coherent world” in Romeo and Juliet, he and scriptwriter John Logan decided to keep the Shakespearean text but set the movie in modern times (it was filmed in Belgrade.) “I think it’s a potent mix when you put Shakespeare in modern dress,” he says. “It’s a sort of artifice, but it’s been done in the theatre. I was intrigued by the idea of a film that was like a documentary or had a gritty style of shooting and people are speaking Shakespeare… The pitfall is that you’ve got to strip the language of any theatricality, and yet not deny its poetic power.”

Fiennes was first exposed to Shakespeare at the age of five when his mother took him to see Laurence Olivier in Henry V. “And then, two or three years after that, she told me the story of Hamlet and she produced this LP of Olivier’s speeches from Hamlet and Henry V, which I listens to again and again and again. I found this voice of this man using words I couldn’t understand but I became fascinated by what they might mean.”

With our 20 minutes up, an assistant comes over and thanks us. Fiennes lifts up his arms and slowly stretches them over his head. His back arches slightly and his shirt lifts up just enough. Like a wide-eyed child grabbing for something sparkly and shiny, I almost reach out to touch it, but I’m not that kind of lady.

If you miss Coriolanus at TIFF, it opens in North American theatres this January.

Check out Maclean’s chatting with Fiennes and costars Brian Cox, Jessica Chastain and Gerard Butler on the red carpet here.