The complete list of winners at the inaugural awards 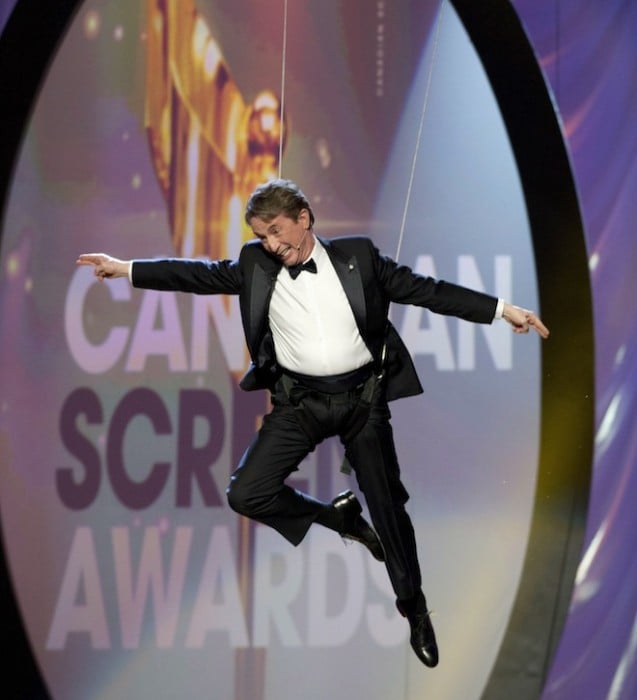 Rebelle (War Witch), Montreal director Kim Nguyen’s intimate and compelling drama of an African child soldier, swept Sunday night’s inaugural edition of the Canadian Screen Awards, winning 10 of its 12 nominations. A week after the Oscars, where Rebelle inevitably lost to Amour for Best Foreign Language Film, this low budget Quebec feature triumphed over larger Canadian productions such as Midnight’s Children. And after being flown from the Democratic Republic of Congo to attend the Academy Awards, the film’s 16-year-old star, Rachel Mwanza, was on hand in Toronto to accept the CSA honour for best performance by an actress in a leading role. Mwanza, who made her acting debut in Rebelle, was a homeless street kid in Kinshasa when she was cast as 12-year-old Kimona, an orphan rape victim who tells her story to her unborn child.

Rebelle also won awards for director, original screenplay, supporting actor (Serge Kanyinda), cinematography, editing, production design and sound. That didn’t leave much for everyone else. James Cromwell took best lead actor for his role opposite Geneviève Bujold in Still Mine, its only award. Laurence Anyways, Xavier Dolan’s story of a teacher’s transsexual odyssey, won just two of its 10 nominations, for costumes and make-up. And of its eight nominations, Deepa Mehta’s Midnight’s Children won two: Seema Biswas was named best supporting actress for Midnight’s Children, while screenwriter Salman Rushdie was awarded for adapting his own novel. David Cronenberg’s Cosmopolis took best original song and score. And, as expected, Sarah Polley won the documentary feature prize for her acclaimed family memoir, Stories We Tell.

Hosted by Martin Short and broadcast live on CBC TV, the inaugural Canadian Screen Awards have melded film’s Genies and TV’s Geminis with the goal of creating a bigger, glitzier event. Short trotted out a trunk full of his beloved SCTV characters for the event—including Jiminy Glick, who dished out insults on the red carpet, and Ed Grimley, who puffed out his trouser-hoist paunch and said, “I look like Rob Ford from the back.” From his grand entrance on a swing to being cradled by Glenn Healey while giving a performance-art impression of bagpipes, Short gave a knock-out performance that put Oscar host Seth MacFarlane to shame.

The gala event, held at Toronto’s Sony Centre, had an electricity lacking at either the Genies or the Geminis. The mood was upbeat, as both the TV and film sides of the industry seemed to concur that, given the scarcity of Canadian glitz, joining forces was a good thing, although the marriage is not entirely harmonious. At the party after the show, film mogul Robert Lantos congratulated CEO Helga Stephenson, CEO of the Canadian Academy of Film and Television, for the event, but not without chiding her for letting the show climax with a TV award (for Flashpoint) rather than the prize for best film (Rebelle).

Well, film is traditionally the more prestigious medium, and at the Golden Globes the TV folk may still have to sit at the children’s table. But this Canada, where there is no star system except in television; our movie stars have mostly migrated to Hollywood. And for all last night’s inspirational hoopla, there’s still a sad disconnect between the industry and the audience that’s hard for any awards show to fix—last night’s biggest prizes went to TV shows that are off the air and movies that people haven’t seen.

Yet Martin Short did his best to make up for it, like a dynamo trying to generate his own one-man star system. An awards is only as good as its host. And as the Oscars reminded us, there are just a few people on the planet who have the whole song/dance/writing/performing/comic improv tool kit—along with a Hollywood post-grad degree in showbiz savvy. Like a younger, crisper Billy Crystal, Short is one of them. At last night’s post-show party, Martin Katz, chair of the Canadian academy, was already talking about asking him to host again next year. I’m not sure how the show played to a TV audience; I watched it in a media room backstage, amid a buzz of distractions, but afterwards the industry types who emerged from theatre seemed gratified by it.

As for the awards, as a film critic I feel unqualified to parse the TV side, but on the film side the Rebelle sweep is perhaps not the healthiest outcome. A strong but modest film about a vital subject, Rebelle triumphed over more ambitious but less gem-like pictures, such as Lawrence Anyways, Midnight’s Children, Cosmopolis and Goon. And the historic imbalance between Quebec cinema over English Canadian film was especially evident this year. Only five of the 19 awards for feature-length films went to movies shot in English Canada. And all four of the film acting awards went to non-Canadian actors. Not that there’s anything wrong with that. But it’s an observation worth noting: for what it’s worth, we may have the most internationally inclined cinema of any country in the world.