The all-American movie star talks Yeats, Hollywood and the lost conscience of America 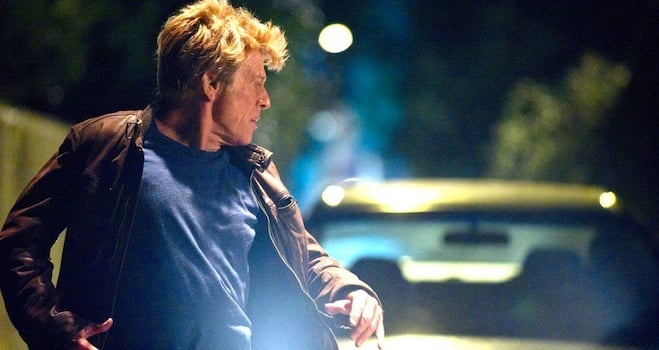 Redford in 'The Company You Keep'

He is the essential all-American movie star. California-bred as a delinquent jock and bohemian painter, he was discovered by Broadway, honed by Hollywood, and became the Great Gatsby, the Sundance Kid and the Horse Whisperer. Loveable rogue, charming outlaw and cowboy sage, he put the swagger in The Sting, exposed Watergate in All the President’s Men, and wielded a magic bat in The Natural. As the godfather of Sundance, indie cinema’s home on the range, he is also Hollywood’s frontier patriarch. Actor-director Robert Redford has put every conceivable spin on the American Dream, onscreen and off. But the thing is, he doesn’t believe in it. He talks about America with the dismay of man recalling a lover who cheated on him long ago. As for Americans, he wishes they were more like us.

Interviewed before last fall’s TIFF premiere of The Company You Keep (which opens in Toronto April 26), Redford raved about Canada. “I do love this country,” he said. “One of the things I like about it, aside from the fact that people seem to look north, is that there’s more respectful behaviour. We just don’t have it anymore. America did once, 50, 60 years ago. We were like Canadians are today. I remember that as a kid. And it’s gone.”
Redford looks as casually boyish as a 76-year-old man possibly could—eating potato chips and dressed in an unbuttoned black shirt, pink T-shirt, blue jeans, and thatched loafers with no socks. The hair is like heirloom wheat, the face happily weathered. In The Company You Keep, the first film he has both directed and starred in since Lions for Lambs (2007), Redford plays an ex-terrorist from the Weather Underground who’s been hiding under an alias since the’60s, until a reporter played by a shark-like Shia LaBeouf blows his cover and sends him on the run. “There’s a bit of irony here,” he says. “In All the President’s Men, I was a reporter chasing the truth; in this film I’m being chased.”

But in both he plays an idealistic dissident with the kind of granite integrity that is his brand. Redford belongs to a Mt. Rushmore trio of actor-directors who have mixed Hollywood ambition and political morality—along with cowboy conservative Clint Eastwood and retired playboy liberal Warren Beatty. Redford, the rugged environmentalist, has cast himself as the lost conscience of America.

“There’s been a through-line in my work,” he says. “What’s the truth underneath the truth we’re given? It goes back to when I was a kid in sports, and there were a lot of slogans floating around— ‘it doesn’t matter if you win or lose, it’s how you play the game.’ I realized that was a lie. Winning is everything in my country. When I started directing, I wanted to be critical of my country.” 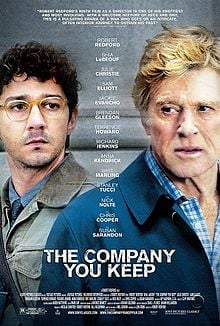 Shot in Vancouver, and based on Neil Gordon’s 2003 novel, The Company You Keep is a fictional drama of ’60s anti-war radicals who turned to violence, and ended up as fugitives stuck on the losing side of history. “That was my age,” says Redford. “I believed the war was wrong. I didn’t get involved because I was just starting a career. But as I watched this thing get more feverish, I thought pretty soon this cause may eat itself, which it did. That fascinated me. This film is about how these people are 40 years later.” In researching ex-radicals, Redford says he found diverse attitudes of remorse and nostalgia. “Some didn’t want anything to do with it. Some are still involved and think the cause is still just.”

The Company You Keep may be Redford’s most starkly political film. Among the four Oscar winners in his all-star cast are two of the most ardent activists in the biz, Julie Christie and Susan Sarandon, who both unleash withering rants that could have been scripted for them. Redford is more circumspect: “The grey area has always interested me most. My country is prone to wanting everything in black and white, or red white and blue.”

With LaBeouf’s character, the director also wanted to embody a modern style of investigative journalism that’s far more ruthless than the one portrayed in All the Presidents’ Men. Comparing LaBeouf to James Cagney, he says, “Shia has a very, very fast mind and a fast tongue, so they go together and it creates this real energy. That’s why I wanted him in the film. I wanted him to portray a reporter of today, to look at the difference between then and now, where there might be more of a killer instinct. You don’t have some of the ethical codes you had earlier, where you had to get two people to go on record.”

As a thriller, The Company You Keep is a bit of throwback, with more political discourse than pulsing suspense. It has had  mixed reviews in the U.S.,  and for a picture with such a high-pedigree cast, it’s getting a rather tepid release in Canada. Of course, after the tragic events of the Boston Marathon, America’s political landscape has again shifted. Now it’s even tougher for Redford, Sarandon and Christie to evoke varying degrees of sympathy to fugitive home-grown radicals who once believed in using bombs to provoke change.

In trying to explain his film, Redford tosses off a rough recital of some famous verse that now seems more relevant than ever after Boston, and seven months after our TIFF interview. “You know that Yeats poem The Second Coming?” he asks, “Where he says the centre will not hold, everything falls apart and the tide of blood is washing over the land and innocence is drowned out and the best lack conviction and worst are full of passionate intensity? This project goes in that direction.”  It’s a far cry from a Hollywood pitch, but it finds the sweet spot in Robert Redford’s strike zone.