The director of the winning film will now take home a staggering $100,000 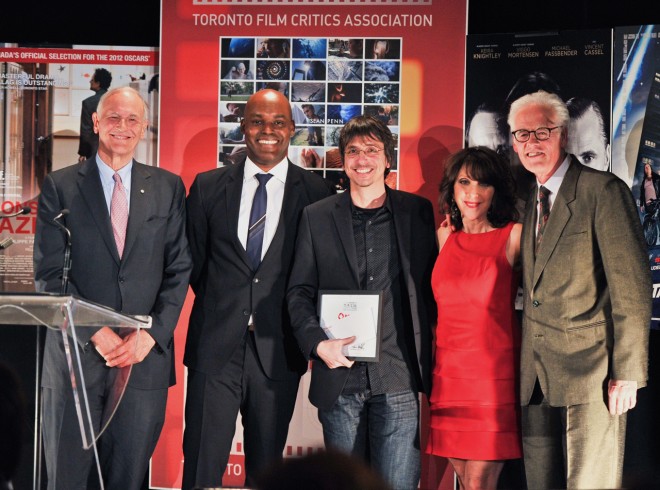 Here’s some exciting news that I can’t report with even a shred of objectivity. It comes from Rogers Communications, which owns Maclean’s, and the Toronto Film Critics Association (TFCA), of which I’m president. The TFCA’s annual Rogers Best Canadian Film Award will now be worth a staggering $100,000. The director of the winning film, voted by the member critics of the TFCA, will receive a $100,000 cheque. The two runners-up will receive $5,000 each. This is an extraordinary boost, considering that the award was previously worth $15,000. (Last year it went to Quebec’s Philippe Falardeau for Monsieur Lazhar, which went on to get an Oscar nomination.)

Rogers has endowed the TFCA with what becomes Canadian cinema’s richest prize, by a long shot. (Until now, the country’s most lucrative film honour was the Toronto International Film Festival’s $30,000 award for the best Canadian film at the festival.) It also ranks as the country’s richest arts prize.

Rather than interview myself, I’ll quote my official reaction to the news from the TFCA press release: “We are enormously grateful to Rogers for taking such a bold initiative. This exemplary cash prize gives our cinema pride of place at the country’s top tier of arts awards. It represents a tremendous vote of confidence in Canadian filmmakers, and in the discerning role that Toronto’s robust community of film critics can play in recognizing and rewarding brilliance.”

To elaborate, it seems only appropriate that our most industrial art form finally has an award commensurate with its scale and ambition.  The new prize, larger than any of Canada’s literary awards, is so substantial that for some filmmakers it would constitute financing. In fact, after winning a smaller TFCA award this year—the $5,000 Jay Scott Prize for an emerging artist—micro-budget filmmaker Ingrid Veninger stretched it to finance five small features.

But no matter what the winning director decides to do with the $100,000, this landmark award enriches Canadian cinema with its symbolic weight and prestige. As Rogers Vice-Chairman Phil Lind stated, “Canadian film is competing on the world stage and with this extraordinary prize we hope to inspire this community to reach even higher.”

The TFCA honours films, directors, writers and actors in the main Oscar categories. The full slate of TFCA Awards, as voted by the members, will be announced Dec. 18—with the exception of the Rogers Best Canadian Film Award. The three finalists for that prize will be announced Dec. 18, but the winner will revealed at the 16th annual TFCA gala awards dinner, at the Carlu in Toronto on Jan 8, 2013.  It will be presented by actor/writer/director Don McKellar, whose own awards include three Genies, a Tony—and the TFCA honour for Best Canadian Film for his 1998 feature directing debut, Last Night. Once again, the event will be hosted by Cameron Bailey, artistic director of the Toronto International Film Festival.