Mr. Mean Streets unlocks a childhood fable about the birth of cinema 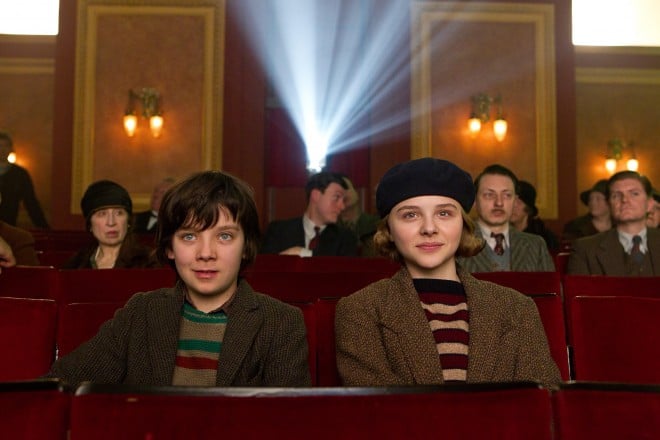 I was braced for the worst. The notion of Martin Scorsese making a 3D spectacle of family entertainment sounded like a bad joke, as if Mr. Mean Streets had finally thrown in the towel. The messy trailer did not help. But when I saw Hugo, something happened that reminds me why, after all these years, I’m still thrilled by movies. I was surprised. Really surprised. Adapted from The Invention of Hugo Cabret, the bestselling children’s book by New York writer and illustrator Brian Selznick, Hugo is Scorsese’s first 3D movie, and it could serve as a primer for his Hollywood colleagues. Although it has moments where it might threaten to turn into a whiz-bang action movie—some brief chase scenes and a shattering dream sequence—the pace is on the whole remarkably slow and subdued. With 3D, that’s a good thing. The Dream Factory may have developed 3D technology to feed the war machine of action blockbusters, but throw in that extra plane of movement and too often the eyeballs feel they’re dodging shrapnel. In Hugo, Scorsese uses 3D to build an immersive display case that opens a portal to worlds within worlds: (a) a sad childhood (b) a picaresque Montparnasse train station in 1931 Paris, and (c) the magic of silent cinema’s own childhood in the late 19th and early 20th century.

Hugo, who’s played by  Asa Butterfield (The Boy in the Striped Pajamas), is an orphaned urchin who lives as a secret stowaway behind the walls of the Montparnasse station, maintaining the clocks and stealing food. Inheriting the mechanical acumen of his late father, he can fix all kinds of gadgets. But his passion project is to build a clockwork automaton, a tin man who seems to be his closest companion. Hugo lives on the edge, playing cat-and-mouse with the strict Station Inspector, a war veteran with a mechanical leg played by Sacha Baron Cohen. What winds up the narrative is Hugo’s fractious relationship with Papa Georges (Ben Kingsley), a curmudgeon who runs a toy shop in the station. George is vault of intrigue just waiting to be unlocked.

Teaming up with Georges’ god-daughter ( Chloë Grace Moretz), Hugo unravels the secrets that link the automaton to Georges’ past—spoiler alert!—which reveal the grumpy old man to be Georges Méliès, a real-life pioneer of French cinema who abandoned his job as a magician to make films and, in this story, is presumed dead. In actual fact, Méliès made over 500 films, many of them surreal, Oz-like fantasies, for which he invented some of cinema’s first special effects, using stop motion and optical sleight of hand. Tragically, almost  his entire oeuvre was was lost—melted down to make boot heels in the First World War.

In the final act of the Hugo, Scorsese plunges headlong into a virtual restoration of Méliès’ work, re-enacting his films, re-building his sets, and showing clips from his surviving work. The result is lovely, poignant, and enchanting: an inspired hybrid of children’s fable and cinephile homage. The film is gorgeously shot in saturated, yet muted hues. It has the rich lustre of  a child’s imagination. Hugo‘s epic toy land is populated by some familiar faces—including Jude Law as the boy’s deceased father, the 89-year-old Christopher Lee as a bookstore sage, and Emily Mortimer as a woman who warms the Station Inspector’s shy heart—but the actors melt invisibly into the scenario. Hugo’s dream-like inventions and its museum-like revelations become inseparable.  The pieces mesh like, well . . . clockwork. Scorsese’s obsession with the history of film is well known, but here he finally gets to express his passion on a lavish canvas. The emotion that we’re left with at the end seems to belong to lost fatherhood as much as lost childhood—parallel tracks that meet in a reverie of honest nostalgia for a lost art form. Whether this film will play well to children, I have no idea; it may be too slow and intricate. But I’d like to think, naively perhaps, that Hugo is a place where parents and children might find a common playground.