Sex, lies and Saskatoon: 'The Shape of Rex'

Down by the river lies an undiscovered drama of beautiful losers 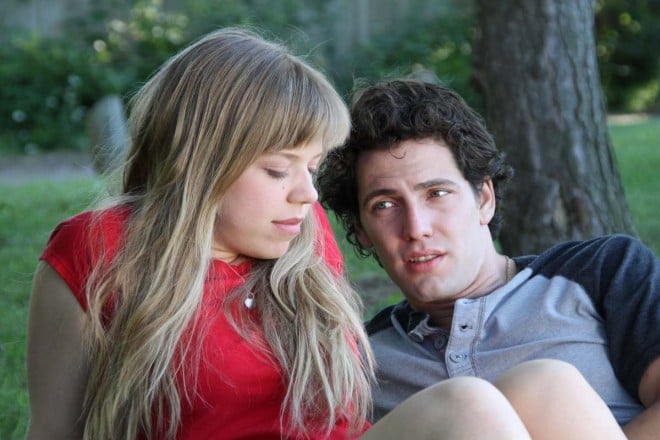 Vivien Endicott-Douglas and Brett Donahue in 'The Shape of Rex'

A Canadian film that deserves to be seen has been strangely ignored. The Shape of Rex, a Saskatoon tale of teen romance and mid-life adultery, marks the feature film debut of Layne Coleman, an actor/writer/stage director who has been part Toronto’s theatrical lifeblood since the pioneer days of Theatre Passe Muraille. Coleman scripted, produced and directed The Shape of Rex with long-time writing partner William Hominuke, a Saskatoon lawyer and former disc jockey. Full disclosure: I’ve known Layne for decades; Friday’s Canadian premiere of The Shape of Rex at Toronto’s Royal Cinema served as a benefit for the Al Purdy A-Frame Association, which I’m involved with; and the movie was preceded by a short film I made about Purdy. So I was not planning to review The Shape of Rex. And I’m still reluctant to. But it seems outrageous that a film with so much going for it has largely escaped notice.

Coleman and Hominuke got the cold shoulder from every festival on the map, except the Fargo Film Festival in North Dakota. And it has yet to find a distributor. So you’re thinking, how good could it be? Well, it strikes me as being better than a lot of Canadian art house fare that gets more reverential treatment. This is a picture with a vivid sense of place. It captures Saskatoon’s landscape, and the river that runs through it, with an evocative lyricism that feels definitive and personal. And its drama is propelled by some incandescent acting—in particular, a breathtaking performance by the young Vivien Endicott-Douglas, who was nominated for an ACTRA award. 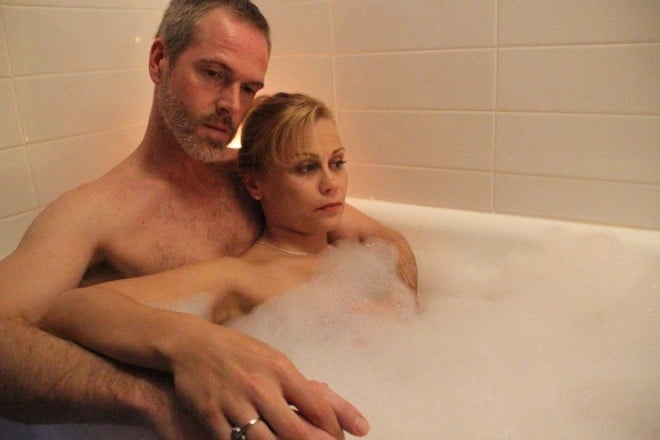 With a narrative that toggles between the 1980s and the present day, the drama is rooted in a reckless romance between 16-year-old Rose (Endicott-Douglas) and Rex (Brett Donahue), a hot-blooded older boy who has a summer job as a disc jockey. They meet again years later, both comfortably married with children. Rex (Ryan Hollyman) is now a lawyer, Rose (Monica Dottor) a stained glass artist. In the name of “unfinished business,” they cautiously embark on an affair that we know cannot possibly end well, one that never escapes the chilly shadow of a horrific secret that they share. As their respective spouses (Lorne Cardinal and Aviva Armour Ostroff) confirm their suspicions—he with measured rage, she with withering contempt—two marriages are put to the ultimate test.

It’s a bit grim. The adultery unfolds as a forlorn and passionless crime, with no trace of the young lovers’ chemistry—ironic considering the actors playing the older Rose and Rex are a real-life couple. And the strained symmetry of the parallel storylines can be frustrating. We’re grateful every time the narrative hurls us back into the past, to the lazy, reckless embrace of young love burning up on the banks on the Saskatchewan River.

Yet unlike a lot of Canadian films, The Shape of Rex is not a feat of urbane hipster restraint and existential dread. It’s a big-boned drama ripe with passion and sadness. Although it’s amply cinematic, you could imagine it being stripped down into a powerful stage play. But see the movie. It’s the kind of film that critics and festival programmers may find unfashionable, but judging by the warm response I saw Friday night, it strikes a chord with a civilian audience.

The Shape of Rex is playing all week at the Royal. Monday night’s screening is a benefit for a new stage work being mounted by Linda Griffiths called Heaven Above, Heaven Below. As for the rest of the country, all I can say is it’s a crying shame if this movie does not find an audience in Saskatchewan. The producers say they have tried to contact TIFF’s Film Circuit, which is devoted to distributing smaller pictures to regional cinemas, but have been unable to get a response. 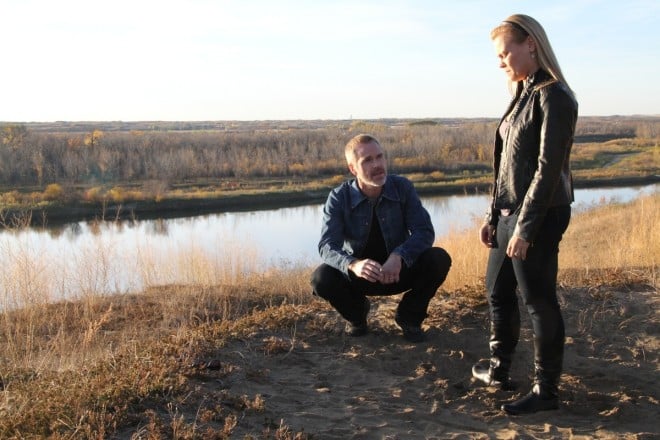 FILED UNDER: Layne Coleman The Shape of Rage Vivien Endicott-Douglas