TIFF gets rolling with Skyy vodka party in a blue alley

Canadian TV stars, plus a face-off between a fake chef and a real one 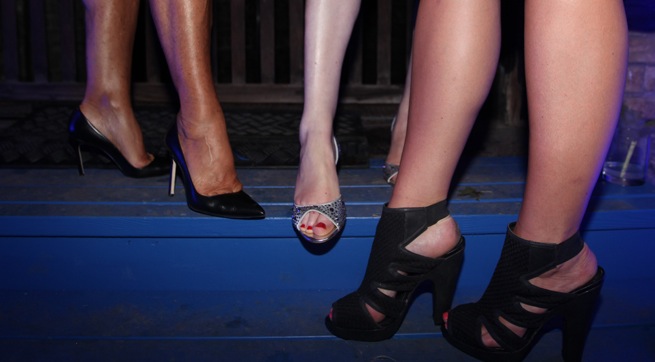 ‘Twas the eve before TIFF and outside in a downtown alley, women dressed in blue unitards with make-up reminiscent of the synchronized swimmers from the London 2012 Olympics did some dancing, like hand-stands and stretches, on a stage with blue lights blasting, while other women seethed about in a giant plastic martini glasses. And there was a freight elevator that took curious guests up to a VIP area on the fourth flour of an old building where they could walk on a blue carpet that was attached to a woman wearing a blue evening gown and there were more blue lights.

But before the crowd of twenty and thirtysometings could witness the sexy blue spectacles, they first had to meet at the corner of John and Adelaide Streets –just kitty-corner to Hooter’s restaurant–so that they could be escorted to the secret blue alley location around the block.

After being lead through a black curtain, they had their choice of three signature cocktails: the Good on Gosling, the Peach Paltrow and the White Knightly. Seventy-five minutes into the party, the VIP room inside ran out of it. About an hour later, they ran out of ice and glasses outside. One woman, who waited about 15 minutes at the bar in a mass of high-heels, H&M blazers and more fake quilted Chanel handbags than Karl Lagerfeld could shake a stick at, secured herself four drinks. “They’re not really doing the signature drinks any more,” she said, “so this is just straight vodka.”

But snacks, like duck confit grilled cheeses with a blueberry compote, deep-fried macaroni shaped like tater-tots in a cheese fondu and strawberries dipped in white and blue chocolate, served by women in sexy blue dresses and lingerie, helped to placate the crowd.

Several Canadian television actors, like Natalie Brown of the short-lived sitcom Sophie–and more recently of Yoplait yogurt fame–were there. And a competitor from a season of Canada’s Top Model. Plus Canadian photographer Dustin Rabin, who along with Caitlin Cronenberg and Patrick Demarchelier will be photographing stars as they visit the NKPR IT lounge from September 6 to 9.

He’s hoping Johnny Depp, in town for the TIFF premiere of the documentary West of Memphis, will stop by. Rabin first met the actor 24 years ago when Depp was in Victoria, B.C., filming an episode of 21 Jumpstreet on location at a school where Dylan’s friend’s mom taught. By the third day of shooting, Rabin, then 15, worked up the courage to ask to take his photo. Rabin still has his first shot of a celebrity.

Around 11:30 p.m., the fake chef Grant Soto, who rose to fame earlier this year via his Twitter account where he mimicks the lifestyle and attitudes of notorious celebrity chefs with 140 character biting messages, covered his mouth with one hand and pointed with the other at real chef Susur Lee as soon as he spotted him at the party.

“What do you expect?” He said. “It would be like if a Backstreet Boys fan just saw Kevin walk in.”

Lee was there with out-of-town guests. “I thought this would be a nice way of showing them the city,” he said. One wide-eyed woman shook his hand, telling him, “I’m such a big fan.” A young gentleman in a suit said, “You don’t know me but I know you.” Lee laughed and shook that man’s hand. “And I love to cook,” he continued. “And I’m an artist.” Lee continued to laugh and kept shaking his hand.

Soto, who has a television series in the works based on the fictional character he created, introduced himself to Lee as a fake chef who has made fun of the pony-tail wearing chef on more than one occasion. Lee, perhaps not fully comprehending the admission, laughed, and shook his hand. Meanwhile, Soto left the party satisfied after securing a photo of Lee’s now-famous pony-tail. 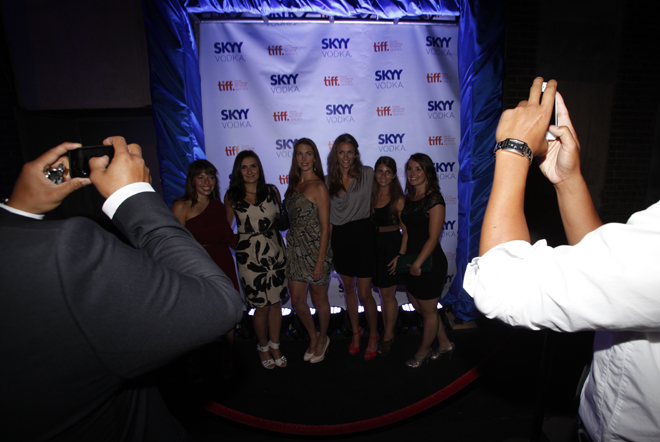 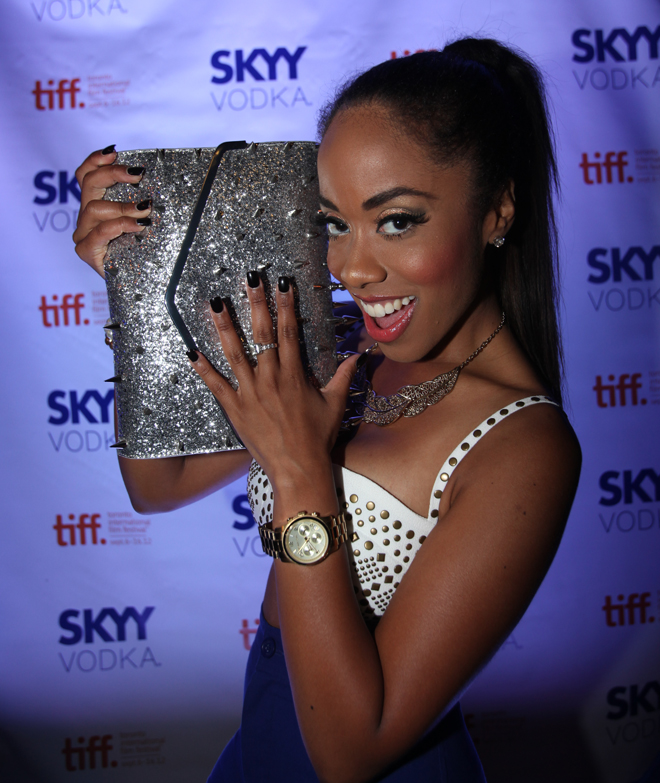 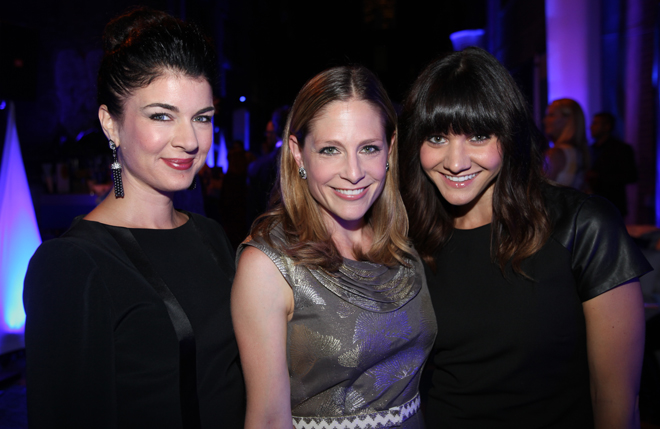 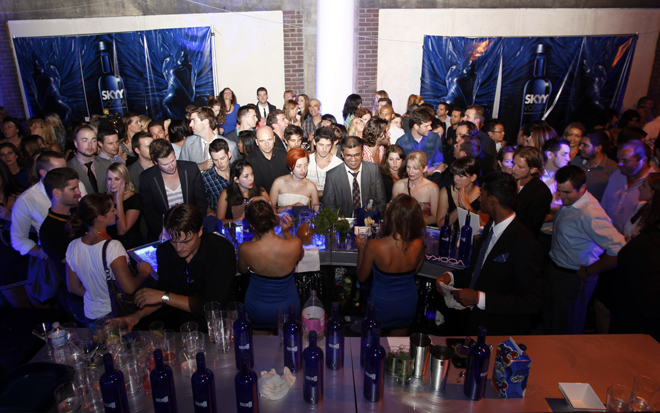 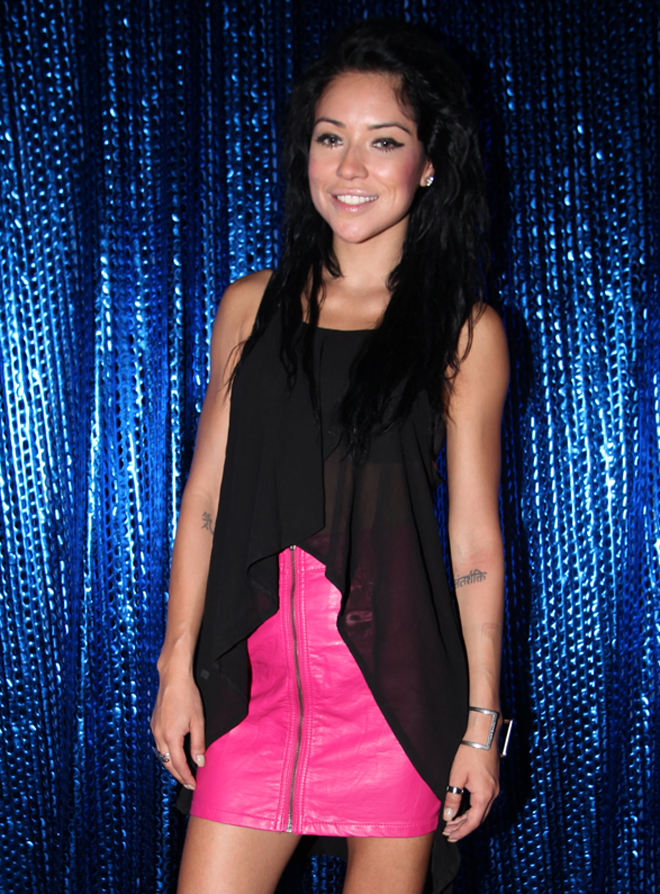 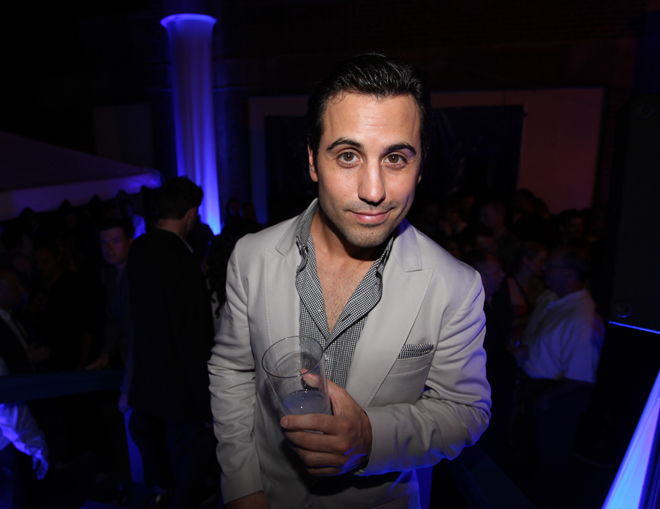 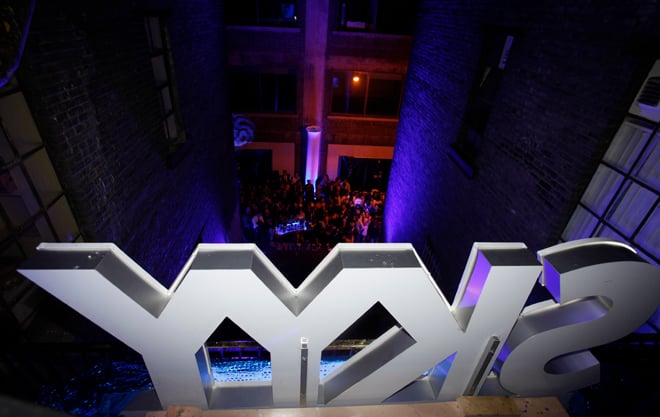