Star Wars sucks. There, we said it.

From 2015: 'Star Wars' was once lambasted. Now, criticizing it mildly draws vitriol. How did a flawed sci-fi flick become an unassailable cultural force? 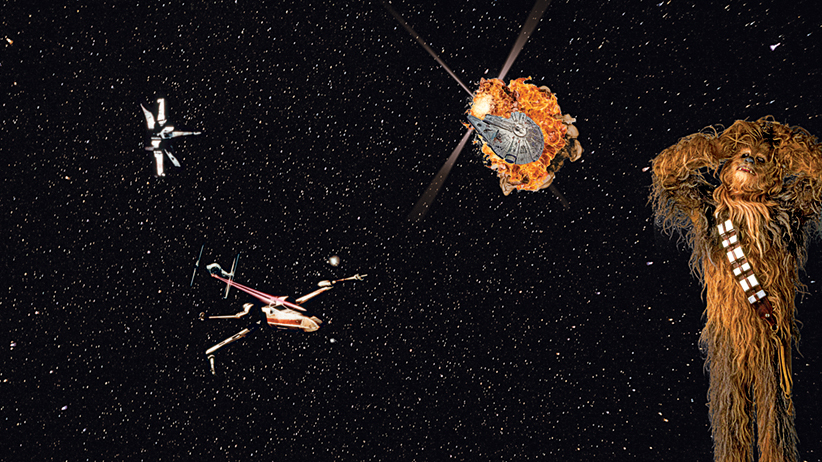 One day in the 1970s, George Lucas screened a rough cut of his new movie, Star Wars, for his influential Hollywood friends. And almost none of them liked it. The plot seemed incomprehensible, the made-up fantasy names absurd. Director Brian De Palma, who had just had a big hit with Carrie, made fun of everything about the film, including Princess Leia’s hairstyle: “Hey, George, what were those Danish rolls doing in the princess’s ears?”

Almost 40 years later, De Palma is mostly making low-budget movies, and the most-anticipated ﬁlm of [2015] is Star Wars: The Force Awakens, the first Star Wars movie since Lucas sold the franchise to Disney. In 2014, Empire magazine polled 250,000 readers on the greatest films of all time; the winner was the sequel, The Empire Strikes Back, with the original also making the Top 10. You won’t hear people today making fun of Leia’s hair or Luke Skywalker’s disco haircut.

Instead, we have The Force Awakens director J.J. Abrams, who quit the Star Trek movies to defect to the franchise he’s always loved more. “Star Wars is probably the most influential film of my generation,” he said in 2006. “Everything that any of us does is somehow directly or indirectly affected by the experience of seeing those first three films.” This would have surprised Alec Guinness, who wrote to a friend from the set of the first movie: “New rubbish dialogue reaches me every day, and none of it makes my character clear or even bearable.”

It would also have surprised earlier generations of critics, who were raising doubts about George Lucas’s talent even before his second trilogy of Star Wars films proved them right. While the first Star Wars got mostly respectful reviews and even an Academy Award nomination for Best Picture, the bloom was mostly off the rose by the time The Empire Strikes Back came out. With its heavy tone and the implausible plot twist that the bad guy is the hero’s father, the movie was widely dismissed as a money-making machine that had lost the ﬁrst film’s charm: “The Force is with us, indeed, and a lot of it is hot air,” wrote the New York Times’ powerful critic, Vincent Canby. “The Empire Strikes Back is about as personal as a Christmas card from a bank.”

By the time Lucas re-released the first Star Wars in 1997, many critics were willing to point out that even the original film didn’t hold up. “What’s stunning is simply how bad it is,” wrote Salon film critic Charles Taylor, while The New Yorker writer John Seabrook suggested it was “a film with comic-book characters, an unbelievable story, no political or social commentary, lousy acting, preposterous dialogue, and a ridiculously simplistic morality. In other words, a bad movie.”

Even if you liked the movies, you might not have liked what they were doing to moviemaking around the world. Alex Leadbeater, editor of the film site What Culture, wrote an article earlier this year on how Star Wars negatively affected cinema. He says it was one of the films, along with  Jaws, that “led to the introduction of the blockbuster model and the weakening of the auteur model,” making studios less willing to take chances on Lucas’s edgier director friends such as De Palma and Martin Scorsese. That’s become such an unpopular sentiment to express, one forgets that mainstream film books used to say the same thing, but more meanly; film critic Glenn Kenny points to Peter Biskind’s book Easy Riders, Raging Bulls as a proponent of what he calls “the ‘Star Wars ruined everything’ line”; the book never misses a chance to portray Lucas as a sellout and Star Wars as a silly children’s film. 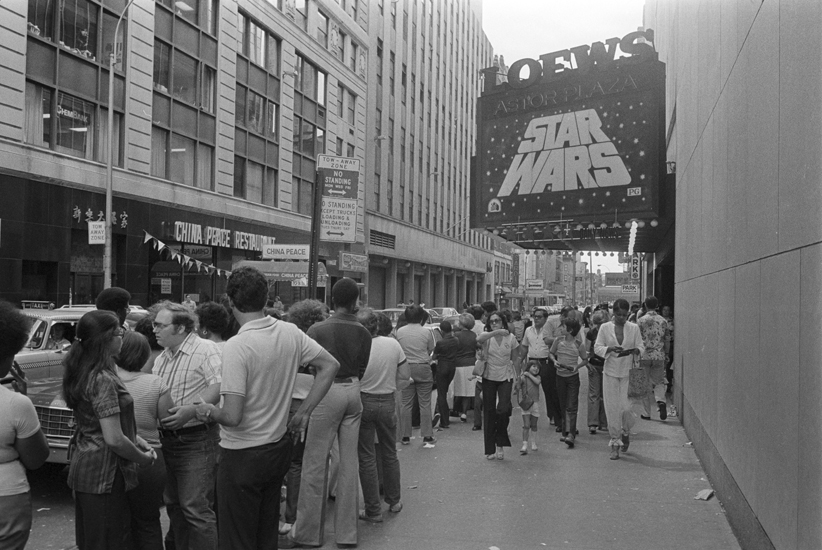 But today, you can barely criticize Star Wars at all. Actor and writer Simon Pegg (Shaun of the Dead) made a mild attempt this year when he argued that Star Wars might have killed off “gritty, amoral art films” and resulted in us “consuming very childish things.” The Internet attacked immediately, with Gawker’s pop-culture site i09 asking, “Is he trolling, or has he really gotten so little out of years of science fiction?”

And don’t even think about an artistic criticism: when Joss Whedon (The Avengers) criticized The Empire Strikes Back for not having a clear ending, his remarks stirred up the kind of Internet outrage usually reserved for people who make racist jokes. There was a time when even fans could be critical; today, the debate is not over whether those first two films are great, but just how great they are.

There has even been a shift in the way fictional characters react to Star Wars. In popular culture, being a fan of the trilogy used to mark a character as being nerdy, even behind the times. On the 1990s sitcom NewsRadio, the lead character (The Kids in the Hall’s Dave Foley) was mocked by the other characters for loving Star Wars. His ability to identify Boba Fett, the intergalactic bounty hunter from The Empire Strikes Back, marked him as having very different interests from everyone around him. Today, Star Wars is used in pop culture in the exact opposite way, as a cultural touchstone almost every sympathetic character loves. Liz Lemon on 30 Rock was a Star Wars fan; so were the characters on How I Met Your Mother (a woman who jilted the hero at the altar was a Star Wars hater). If a character likes Star Wars, you know he or she has good taste.

So what happened to change the way we looked at these movies? Leadbeater, who critizes the franchise’s influence, but admits the first two movies are among his favourites of all time—“I love Star Wars,” he says—thinks the changing reputation of the franchise is partly about generational change: “That shift came when those who grew up with the series came of age. They became a more vocal voice in the media, which shapes perceptions in many ways.” For filmmakers and critics of Lucas’s own generation, the movies were recognizably bigger, more expensive versions of things they had outgrown, like old serials; even the cliffhanger ending of The Empire Strikes Back, now seen as daring, just seemed like a ploy out of a Flash Gordon serial.

Younger critics and filmmakers not only grew up with Star Wars; they are less likely to view this kind of movie as inherently immature. The New Yorker’s Pauline Kael dismissed Lucas as “hooked on the crap of his childhood,” but people used to say the same thing about filmmakers who made Westerns, or samurai movies. An earlier generation of critics—including Vincent Canby—wound up giving more serious consideration to those genres. Today, we’ve done the same for the kid-friendly fantasy of Star Wars or superhero comics. 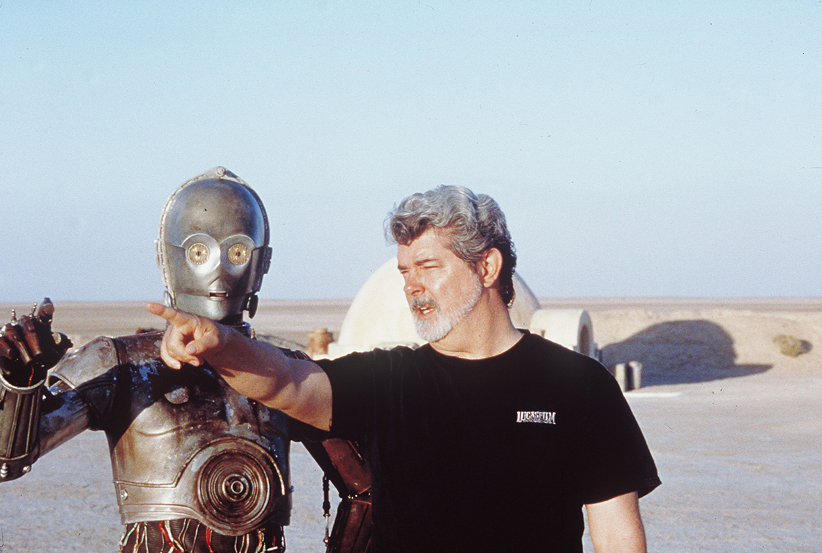 Star Wars is also benefiting from a new trend in pop culture criticism: an increased willingness to like popular things, and hope they’ll turn out well. Entertainment Weekly declared a wave of  “pro-franchise optimism,” and, with Star Wars, in particular, it’s uncool to be too cynical; David Sims of The Atlantic wrote that people who complain about the prequels sound like “bitter Gen X-ers upset that their childhoods are receding further into the distance.” In an era when it’s almost obligatory to praise Beyoncé and other pop entertainers, bashing Star Wars doesn’t make you look refined, as it did in the 1980s.

Besides, there are many other things for critics to bash. Hollywood blockbuster movies have become so big that Lucas’s films seem charming by comparison. “As tent-pole movies have gotten ever more frenetic,” Kenny says, “the near-classical styling of [Star Wars:] A New Hope and the sobriety of Empire look more and more old-school and respectable.” One of the ways Abrams has encouraged fan optimism is to promise that the new ﬁlm will use less computer-generated imagery than is the norm for modern movies, and more practical effects, miniatures and puppets. Star Wars films were once criticized for their overreliance on special effects; now, they’re from a more artistic and craftsmanlike time.

Could there be another Star Wars backlash? Maybe not. Kenny, who thinks Biskind’s criticisms were overblown, admits: “If you’re a fan of things like non-franchise, non-superhero movies, it’s kind of difficult now not to see Star Wars as a culturally corrosive influence.” But all the things people used to dislike about Lucas’s filmmaking—the New Age faux-religiosity, the overdependence on technology—are now inescapably part of every movie being made for mass audiences. Which means that, even if Star Wars: The Force Awakens disappoints, the original movies will just keep looking better. After all, as Kenny and others point out, Lucas’s visual language and storytelling in Star Wars were inspired by Akira Kurosawa. Today’s blockbusters have the disadvantage of being inspired by George Lucas.

The original version of this article said that The Empire Strikes Back topped Empire‘s “500 greatest films of all time list.” That list was published in 2008 and The Godfather was number one. Thanks to Paul McLeod for pointing out the mistake.