The making of a Palme d'Or winner

Steven Spielberg, Ang Lee and Christoph Waltz weigh in on the decision ahead 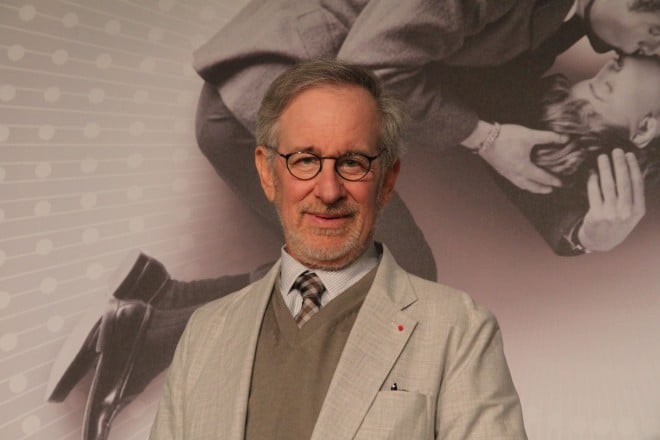 For Steven Spielberg, president of the Cannes jury, “it’s such a relief” to be judging movies for once, rather than being judged. But his co-juror Ang Lee seemed stricken by the prospect, confessing he is “afraid to judge people’s work in public.” Those two eminent directors were fielding questions with the rest of the nine-member jury that will award the Palme d’Or to one of 20 features in competition here. It was only three months ago that Spielberg and Lee emerged from a marathon Oscar campaign with a surprise ending. Both were nominated for Best Director, but Lee won for Life of Pi over Spielberg, who was favoured to win for Lincoln. So at the jury press conference, I asked them both how it felt to now be sitting on a jury together, and how they would compare the Palme d’Or with the Oscar.

“After you,” demurred Spielberg. Lee agonized over the question. “Cannes is a prestigious film festival,” he said. “It’s full of opinions. It’s artistically driven, more highbrow. Oscar is a competition of a group with 6,000 Academy members. It has an element of popularity. It’s work. You don’t know how the wind blows. Of course, any competition is prejudiced. It’s someone’s opinion.” Clearly not one to relish conflict, Lee added, “I hope there’s something that wows us, something we cannot even verbalize, and we all look at each other like, ‘Oh my God, that’s the Palme d’Or!’ I pray that happens . . .  Hopefully we won’t have to argue that fiercely.”

As for any rivalry, Lee dismissed it by saying, “Steven and I are good friends. I worship him. I don’t know how he feels about me. [laughter] He’s my hero.”

Replied Spielberg, “I worship Life of Pi so I worship Ang Lee. You are what you do, you are what you eat, you are what you shoot. And I’ve admired all Ang’s movies.” Then he added, “The nice thing about this is there’s no campaigning. We’re going to be seeing movies and caucusing and deliberating. And we don’t have to go through a campaign. It’s a political cycle: we had the campaign for the 2012 election and then we had the Oscar election.” 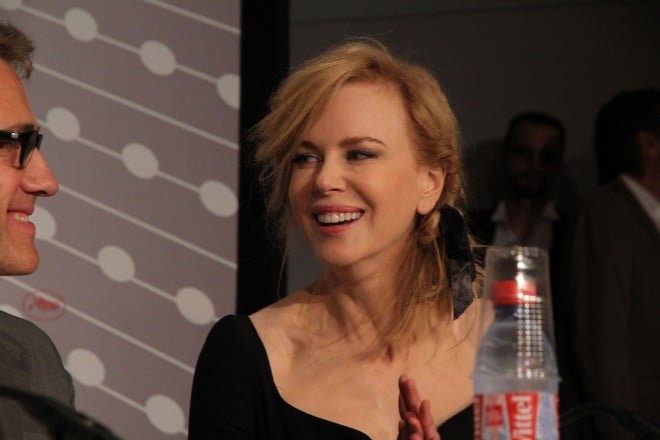 The Oscar and the Palme d’Or are cinema’s two most coveted prizes. The Cannes jury is a powerhouse with a collective total of eight Academy Awards—Spielberg has three, Lee and Christoph Waltz have two each, and Nicole Kidman has one—but only one jury member, Romanian director Cristian Mungiu, has a Palme d’Or, for his stunning abortion drama, 4 Months, 3 Weeks and 2 Days (2007). Spielberg is no stranger to Cannes, but he has always shown his films here safely out of competition, all the way back to E.T. The Extraterrestrial, 1982’s closing night gala.

Though Spielberg gets typecast as the blockbuster philistine, he’s an avid cinephile who watches almost as many movies as Martin Scorsese. And he seems to understands the imbalance between Hollywood and the art house as well as anyone.  “It’s not really fair to compare a movie that has a goal of getting as many people into the theatres as possible with a film that has the goal of changing the way you look at yourself, the way you look at others, the way you look at life,” he said. “I look at film festivals not as a competition, but as an opportunity to brag, to boast about all the different things so many different cultures get to say about their own lives and each other. Cinema is our common language.”

Cristian Mungiu offered a more ecumenical standard. He said he’d be looking a filmmaker “courageous enough to be original and expand the limits of art.”

Which prompted Christoph Waltz to call Mungiu’s notion of awarding films “prescriptive,” compared to his own “more descriptive way to learn about the movies.” With the same air of the noble connoisseur that he brought to both Inglourious Basterds and Django Unchained, Waltz added: “Just like a successful psychoanalysis is a combination of the client and the analyst, I expect a discussion on the highest order with these extraordinary artists.”

Should make for a lively dinner party.