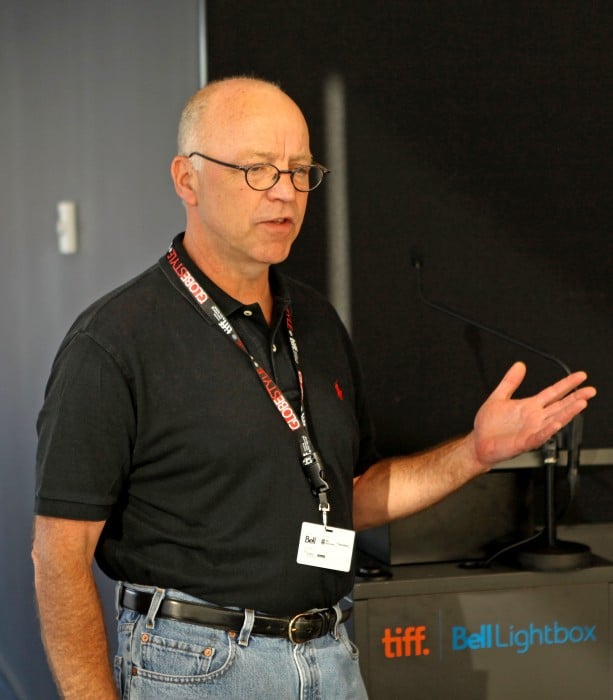 Bingham Ray, one of the most beloved champions of American independent cinema has died. Ray, co-founder of October Films and lately executive-director of the San Francisco Film Society, suffered a stroke Friday while attending the Sundance Film Festival. He died today in hospital surrounded by family. He was 57.

While Harvey Weinstein is the only indie mogul to become famous, we’ve seen less celebrated U.S. distribution executives driven by a passion for the art, men like Tom Bernard and Michael Barker of Sony Classics. Bingham Ray was one of them.  I met him when I was researching my history of the Toronto International Film Festival, Brave Films Wild Nights: 25 Years of Festival Fever (2000). He was a generous interview, a joy to talk to, and bracingly candid. Here’s a passage from the book about a legendary bidding war between Bingham and Harvey Weinstein for Robert Duvall’s The Apostle at the 1997 edition of TIFF:

“. . . By midnight Miramax and October were slugging it out. Harvey Weinstein was in New York, bargaining by phone—he had watched The Apostle at a simultaneous private screening that night. Bingham Ray, October’s buyer, had left the Toronto premiere after forty-five minutes to make his bid. He was desperate to get the film. Octdober had just been bought by Universal that summer and was itching to take on Miramax. ‘We were dealing with the studio’s money, the house money,’ Ray explains, ‘and we wanted to stir it up to send a signal. There are all kinds of reasons to buy movies. The right reasons are because you love them and there’s an audience for them and you can build long-lasting relationships with the people who made them. Then there’s just trying to get on the map in a big, sexy way. October wasn’t bought by Universal to be a nice high-end art-house company. They wanted a vehicle to really compete with Miramax. I think that’s folly. Harvey had become a serious mogul. At October we were just getting our feet wet.’

“Bingham Ray pulled Duvall’s agent, Cassian Elwes, into October’s office at the Sheraton. ‘It’s the old thing—you never let the guy get out of the room,’ he says. ‘But Cassian had to check with Duvall. Then he fielded offers from Miramax, back and forthand back and forth. At one point we felt we were being really jerked around. I didn’t like the smell of it. And we pulled out. This was two or three in the morning. The price was up to $7.5 million. Then Cassian split. He ran down the hallway. He escaped. I came back, despairing that we couldn’t keep him in the room. This pressurized deal-making was clouding our judgement. I’d never operated like that before. I don’t believe you can see forty-five minutes of a movie and make a decision.’

‘October finally bought The Apostle for $5 million. Harvey Weinstein later claimed he didn’t even want the movie, that he was only jacking up the price. “He said he was just jerking our chain,’ says Ray, ‘and it could have been that we were being played, because we were susceptible to being played. But the movie did $25 million. Duvall was nominated for best actor, and in North America it was a huge success for us, even if we paid an outrageous amount of money to get it.’ ”