Taking the joy out of sex in 'Shame'

For all its sexual audacity, 'Shame' is strangely puritanical — a carnal guilt trip 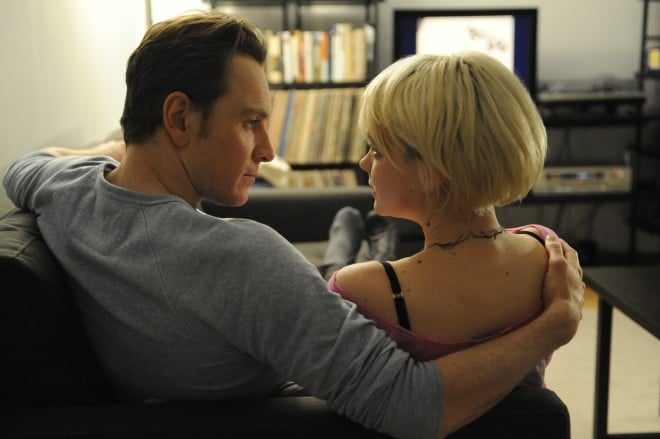 By the end of the Toronto International Film Festival, Shame was no longer just a movie. It was The Most Talked About Movie At TIFF. Its star, Michael Fassbender, had been named best actor at the Venice Film Festival. That buzz, and the film’s stark portrayal of sex addiction, put it on the top of everyone’s must-see list. Not to mention that it’s the second feature from British art-star-turned-auteur Steve McQueen, who made such an incendiary debut in 2008 with Hunger (also starring Fassbender, in a stunt-like tour de force as hunger-striking IRA martyr Bobby Sands).

When I first saw Shame, at TIFF, I found much about it amazing and admirable, but I was left cold. Despite all the carnal eye candy and sleek Manhattan visuals, the film’s descent into a hell of loveless sex seemed desperately bleak. What’s worse, I was disappointed by my disappointment, as if it were a personal failing akin to that of the film’s protagonist. For fans of Shame, that would just be proof that the film was doing its job. Art, after all, is meant to disturb. “You say Fassbender’s character is shallow and soulless? Well, of course he is! Welcome to the real world!”  Yet something still felt not right with the film that I couldn’t put my finger on. When I came out of it, my first thought was that I wouldn’t have to see it again, or want to. But as time went on I felt so conflicted about it that eventually, I did. Now I finally have an opinion or two.

The second time around, you tend to notice the filmmaking more, and it was even more eloquent than I remembered. McQueen likes to shoot in masterful uncut takes, so that the camera and the performance become one. Each scene is a like a living organism. That’s especially effective in the sex scenes, which seem all the more real and graphic because you know they’re not being composed in the cutting room.  The film’s all-enveloping world is equally liquid—this silky Manhattan-under-glass where Brandon (Fassbender) works an anonymous office job by day and swims shark-like into endless nights where the women are jumping and the cocktails are high. The city itself is like a vast lens, literally when Brandon has grinding sex against the floor-to-ceiling window of a hotel tower. The grimy underground groin that connects his world is the subway. In the opening sequence, Brandon pins a pretty stranger on the train with a long, hot, predatory stare, which only intensifies at the sight of her wedding ring.

Also, the fierce standoffs between Brandon and his wayward sister (Carey Mulligan), who throws herself at his feet, are riveting. This is the only relationship that seems to matter in his life, no matter how severly he neglects it. But the murky innuendos of incest lead nowhere, and its eventual fate seems like a cheap trick of melodrama.

Brandon’s escalating anguish might be more compelling if we cared about him—if he elicited an ounce of empathy. But he seems utterly hollow. Yes, I know that’s the whole idea. But unlike American Psycho or Cronenberg’s Crash—two films that navigate the same shiny turf—Shame doesn’t have much of a satirical streak. It’s a tragedy. The glancing wit evaporates completely by the last half, and we find ourselves strapped into a grim guilt trip. Which may be why, from anecdotal evidence, I’ve noticed that men seem more bummed out by the movie than women. Even though Brandon is a cold, unlikable jerk, you don’t have to be a sex addict to see a glimmer of recognition in his oblivion. Face it, every guy is, on some level, a shallow, sex-obsessed stimulus junkie who treats commitment as homework.

There’s no denying the conviction of Fassbender’s visceral performance, which is courageous and precise. But just as his character is enslaved to empty sex, the actor’s brute stoicism seems harnessed to his director’s hermetic vision of lust and self-loathing. Shame, in fact, could just as easily be called Guilt. Considering it’s so notorious for sexual audacity (rated NC-17 in the U.S.) it’s an oddly puritanical morality tale—the sad story of a man who pays in the worst way for his carnal urges. The lower he sinks, the more masochistic he becomes, until he’s getting beaten up in a bar and putting his revulsion to the test in a grotty bathhouse—as if gay sex were the last circle of hell. In the end, his pleasure is cruelly punished.

Now, if all this seems to be adding up to a wholly negative review, it’s time to redress the balance. Shame deserves some serious credit for plunging into uncharted waters of male sexuality and provoking discussion. After all, I did see it twice, and that wasn’t because I needed to revisit Fassbender’s butt. Shame may not be the ideal date movie. But it still demands to be talked about.

To read my article in Maclean’s about Fassbender, with interview comments from David Cronenberg, go to: The many faces of Michael Fassbender.