The 10 most shocking method acting performances

Daniel Day Lewis takes his acting rolls pretty seriously. But so do a lot of other thespians.

Much of the chatter orbiting today’s release of Steven Spielberg’s Lincoln centres on Daniel Day-Lewis’s transfixing performance as Honest Abe. Tales from the set have emerged about Day-Lewis’ total devotion to the role and the lengths he went to in order to ace it. Before filming even began, Day-Lewis spent a full year thinking and reading about Lincoln. Cast-members would receive texts from their co-star as the commander-in-chief (he signed them simply “A”), were not allowed to have water-cooler conversations with him about current events, and were advised not to speak to him in a British accent. Joseph Gordon-Levitt, who plays his son in the film, went so far as to suggest that he hadn’t even met the real Day-Lewis until a man in jeans and a t-shirt greeted him at the wrap party. It’s the kind of totally immersive approach to his craft that is now commonplace when it comes to Day-Lewis, one which takes the art of method acting–a technique first developed by Lee Strasberg that encourages actors to use personal experiences to identify with their characters–to new heights. Here are ten of the most extreme cases of actors completely submerging themselves for a role, making the rest of our work ethics seem “just okay” by comparison.

Robert De Niro – Raging Bull
Binging and purging for a role is basically a contractual obligation in awards-obsessed Hollywood, but that wasn’t always the case. In 1980, Robert De Niro packed on a scale-busting 60 lbs to play the washed-up version of boxer Jake La Motta in Martin Scorsese’s Raging Bull, by gorging at some of France’s finest haunts over a four-month break in filming. “I began to realize what a fat man goes through,” he said. “You get rashes on your legs. Your legs scrape together.” The transformation was so drastic, so complete, that Scorsese at times worried about his star, who developed heavy breathing patterns late in the shoot. His concerns were alleviated when a trimmed down De Niro showed up to accept his Oscar, for what remains the standard-bearer for all onscreen physical transformations.

Christian Bale – The Machinist
It’s been nearly a decade since Christian Bale’s turn as a sleep-deprived drill-press operator in the sinister thriller The Machinist, for which he underwent a startling transformation just as unsettling to watch now, as it was then. As any DOP will attest, Bale is hyper-immersive when it comes to his craft, so when director Brad Anderson asked his star to lose some weight, Bale lost a lot instead. The then 30-year-old Brit embarked on a strict diet of water, coffee, and one apple a day for four months, until he lost 65 lb. and became virtually unrecognizable in the process. Bale, who also cut out socializing for fear of binge-eating, wanted to lose even more weight but the concerned filmmakers urged him not to. 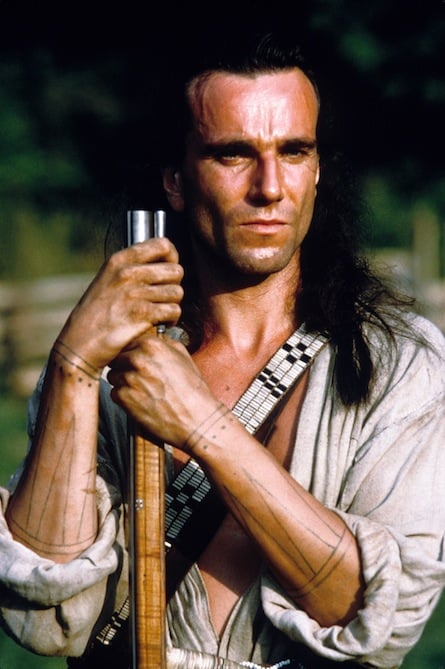 Daniel Day Lewis – The Last of The Mohicans
“If he didn’t shoot it, he didn’t eat it”, Michael Mann once said of Daniel Day-Lewis’s dining habits on the set of the 1992 sweeping historical epic The Last of the Mohicans. In it, Day-Lewis plays Hawkeye, a strapping frontiersman taken in by a native tribe to combat the settling Europeans in a not-yet-sovereign America. Along with killing (and skinning) his dinner, Day-Lewis learned the crafts of his tribe, lived in the wilderness throughout the shoot, and carried a rifle with him in between takes. Producers, who had one less trailer to provide, and one less mouth to feed, were presumably pleased.

Marlon Brando – The Men
No list of exploits in method acting would be complete without this guy, who came directly out of Strasberg and Adler’s method mecca, New York’s hallowed Actors’ Studio, and whose contributions to the craft are undisputed. But for Marlon Brando’s most extreme approach to a role, we look not to the Terry Malloys, the Stanley Kowalskis, or the Don Corleones of his ouevre, but to Brando’s film debut as a paralyzed war veteran in the oft-ignored The Men.  To prepare for the role, Brando set up camp in a veteran’s hospital for a full month, and the rest as they say, is history.

Heath Ledger – The Dark Knight
When Heath Ledger died of a drug overdose in the winter of 2008, some close to the Aussie actor were quick to link his unravelling to the work he did on The Dark Knight. While shooting his role as the Joker, a role in which Ledger clearly tapped into something bordering on disturbing, the 28-year-old reportedly had many a sleepless night, often staying up until the early hours of the morning, filling notebooks with the cryptic ramblings of a man descending towards madness. After his son’s sudden death, Ledger’s father refused to blame it on the Chris Nolan-directed sequel, while others still aren’t convinced, which makes watching the performance all the more haunting.

Daniel Day Lewis – My Left Foot
The legend of Daniel Day-Lewis’s all-encompassing approach to acting began in 1989 on the set of My Left Foot, where he played the severely disabled Irish artist Christy Brown. Day-Lewis, as he’s since developed a reputation for, stayed in character in between takes, which meant that members of the crew had to feed the temporary paraplegic. He also taught himself how to correctly put a record on a turntable with his toes, a feat so extraordinary, it alone, is worthy of an Oscar. The Academy agreed: Day-Lewis took home his first Best Actor trophy for the performance

Forest Whitaker – The Last King of Scotland
Former Ugandan dictator Idi Amin’s accent was so unique, and so nuanced, that the thought of any American actor mastering it seems remote at best. But not only did veteran thespian Forest Whitaker conquer the tricky dialect, he learned how to speak fluent Swahili too, while living in Uganda and spending time with Amin’s close friends and family. And despite playing the biggest asshole in their country’s history, Ugandans praised Whitaker’s performance.

Montgomery Clift – A Place in the Sun
Even though he was one of the first American movie stars to fully embrace method acting, Montgomery Clift often gets lost in the enormous shadows cast by his more iconic contemporaries. Who knows, maybe “Clift” just doesn’t have the same ring to it as say, “Dean” or “Brando”. Nonetheless, while prepping for his role as an inmate in the 1951 film A Place in The Sun, Clift spent an entire night in a prison. That may not seem overly adventurous by today’s bruising standards, but in 1951, prisons were like, really, really dirty. 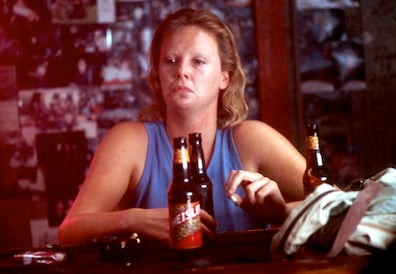 Charlize Theron – Monster
Before she played the damaged maneater Aileen Wuornos in Monster, Charlize Theron hadn’t shown us much to suggest that she could convincingly pull off the part of a tortured, homicidal prostitute, who looked slightly less manicured than Theron’s previous onscreen iterations to say the least. Boy were we wrong. Theron gained 30 lb. for the role, and transformed herself not just through makeup, but in her every intention. Her performance, which Roger Ebert called one of the greatest “in the history of cinema”–and which earned her a Best Actress Oscar–was so transcendent, that if news one day broke that Theron spent the months leading up to the film hacking up some wayward Johns, it would have been met by everyone who saw her performance with a collective “oh, okay.”

Adrien Brody – The Pianist
Adrien Brody has become the cinematic equivalent of the music industry’s one hit wonder, unable to live up to the expectations set by his 2003 performance as concert pianist and Holocaust survivor Wladyslaw Szpilman, in Roman Polanski’s acclaimed biopic The Pianist.  Can you blame him? To embody Szpilman, an already gaunt Brody lost 30 lb. to become almost skeletal, eschewed most of his worldly possessions, including his phone and his car, and flung himself into a life of seclusion.  “I did all these things to encourage loneliness and to encourage loss.” Brody said of his totalizing approach to the role. “It taught me to appreciate everything and everyone that’s important to me in my life.” Including his Oscar for Best Actor, which Brody took home that year.