The art of cruelty in 'Young Adult' and 'Carnage' 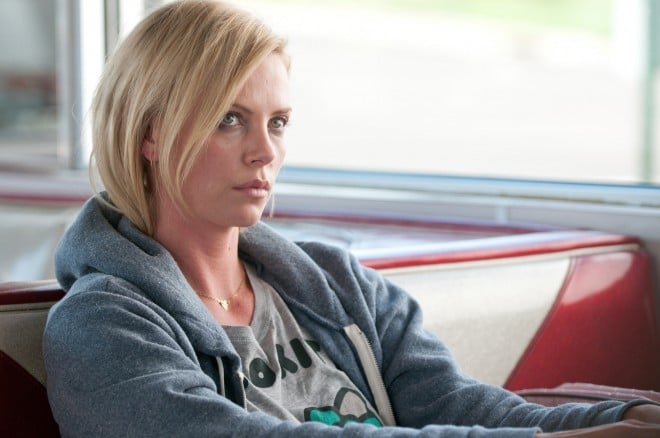 This is a week of movies messing with our expectations. Mission Impossible: Ghost Protocol defies the odds, breathing fresh life into a flagging franchise. Conversely,  Young Adult, the fourth feature from Jason Reitman—the Canadian director who could do no wrong—turns out to be a surprising disappointment. Reitman has had a charmed career. His first three movies— Juno, Thank You For Smoking and Up in the Air were all critically acclaimed hits. Each had a dark edge of satire, and potentially unlikeable characters managed to win our affection with appearing to make an effort. With Up In the Air, Reitman graduated from glib, and ventured into more mature territory, opening a chink in George Clooney’s emotional armour that Alexander Payne would blow wide open in The Descendants. For Young Adult, Reitman has re-teamed with Juno‘s Oscar-winning screenwriter Diablo Cody to create a movie that is as perversely self-destructive as its heroine.

Charlize Theron gives a raw, outrageous, multi-faceted performance as Mavis, a burnt-out writer of young adult novels who decides to win back her old boyfriend, Buddy (Patrick Wilson)—although he’s newly married with a baby. Carrying her miniature poodle in a pink shoulder bag, she waltzes into her the small Minnesota town she once called home, expecting Buddy to fall at her feet after a couple of drinks. Needless to say, things don’t turn out as planned. As Mavis holes up a motel room, planning her next move, she finds solace getting drunk with a guy she wouldn’t even look at  in high school (Patton Oswalt)—a geek who’s been disabled ever since he was beaten up by a gay-bashing gang who assumed he was queer.

Theron is terrific as a deluded, alcoholic narcissist, an aging version of the prom queen from hell.  She’s a perfect train wreck, but sadly so is the movie. It’s hard to explain what goes wrong without spoiling the ending. Let’s just say this black comedy flies off the rails into deep ditch of cringe-worthy melodrama, leaving us to puzzle over a mess of moral loose ends and lose any empathy for Theron’s character.

The script comes from Oscar-winning Juno screenwriter Diablo Cody, the ex-stripper who won an Oscar, and she admits she modelled Mavis pretty closely on her own self-destructive behaviour. Although her dialogue crackles, and Reitman’s actors perform admirably—especially Theron—Cody’s script is no more deserving of their talent than Mavis is of her former boyfriend.

That past master of cruelty, Roman Polanski, creates a fishbowl of piranha-like human behavior in Carnage. Adapted from Yasmina Reza’s stage play, God of Carnage, it’s a chamber piece about two pairs of parents in Manhattan who attempt to have a civil discussion after one of their sons injures another in a playground fight. What ensues is a bit like The Lord of the Flies running in reverse: instead of innocent children turning into savage adults, we have adults regressing into savage children. A tight-wound Jodie Foster co-stars with John C. Reilly as parents of the injured child, who are seeking some restitution as they invite the culprit’s parents  (Kate Winslet and Christoff Waltz) into their apartment. For a while, the conversation unfolds as a passive-aggressive ritual of liberal manners. But as unkind words slip out, and alcohol is consumed, the civilized veneer begins to fall away. Tempers fray, and the conflict escalates almost like dance—not just between the couples, but within them.

Carnage is deeply reminiscent of Who’s Afraid of Virginia Woolf—a drama in which character’s reveals their demons and secrets with a brutal candour that’s comic and horrifying all at once. And though not as strong or profound as Edward Albee’s masterpiece, it’s as juicy as a slice of rare prime rib. Waltz is almost cruelly well-cast as a rudely sardonic businessman who infuriates everyoneby constantly taking calls on his cell phone. Once a Nazi, always a Nazi; he can’t seem to shake it. Winslet does a consummate job as his long-suffering wife whose fury comes to a slow boil.  Reilly comes on sweet and timid at first, the nice guy of the group, but morphs into the loosest cannon of all. Jodie Foster’s performance, strangely enough, is the only one that seems off-key. She’s so tight-wound, so unbearably tense, that she seems to be acting with the cords of her neck. When acting becomes that visible, it’s just creepy.

But Polanski never wastes our time. Carnage is a hoot, considering how much misery is on display. This sublimely directed piece shows what a master can accomplish on a small canvas with no apparent effort, when he’s exploring a theme he knows only too well.