'The Artist': the year's most unlikely crowd-pleaser 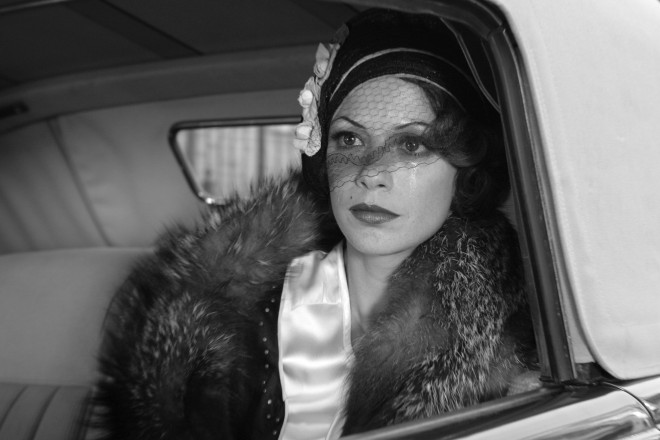 Bérénice Bejo in 'The Artist'

This time of year I get a lot of people asking me to recommend movies. Whenever I urge them to see The Artist, the reaction is predictable. Something along the lines of, “Yeah, yeah, I know it’s supposed to be great, but I’m more in the mood for a movie-movie. Something that won’t be a chore.” And it’s really hard to convince someone that a silent, black-and-white film is not some cinephile specialty item but a ‘movie-movie’—a broadly entertaining romp that takes no effort whatsoever to watch. In fact, the reason I always recommend The Artist as my default pick is that it’s a safe choice no matter who’s asking—the year’s most unlikely crowd-pleaser.

In Cannes, where watching films in competition can be an endurance test, The Artist received the most jubilant response. It was like recess. In fact, the main knock it received from high-pedigree critics is that is was too broadly entertaining. Since then, after charming audiences at TIFF, the film has had remarkable staying power. It is emerging as one of 2011’s most unassailable Oscar candidates. And it also reflects a curious trend. Along with Hugo, Martin Scorsese’s uncharacteristic foray into 3D family fare, it has exhumed silent film from the art-house vault and given it a new populist pedigree. The Artist is, ironically, not an art film.

In trying to convey its  appeal, I’ve found it useful to say it’s the kind of film Woody Allen would like to have made. But it’s much better than Woody’s Midnight in Paris. The nostalgic reverie it inspires is more original; though it doesn’t advertise its intellect, it’s smarter. And  it actually is a French movie, one that has no need for subtitles.

Set in Hollywood at the end of the silent era, this ingenious romantic comedy is a tale of star-crossed stars. George Valentin (Jean Dujardin) is a vain and successful silent movie actor whose celebrity is accessorized by a scene-stealing wonder dog. Peppy Miller (Bérénice Bejo) is a vivacious ingenue who flounces into his life as an extra, scoring a lucky break that leads to stardom in the talkies, just as they are taking over from silent films. As Peppy’s career rises, Valentin’s crashes—for reasons that become evident in an inspired moment when the film’s silent conceit is momentarily lifted.

Written and directed by French filmmaker Michel Hazanavicius, the comedy is smart and buoyant, but the simmering romance has disarming power. As with any Hollywood romcom, the most difficult trick is to generate emotional substance amid the comic contrivance. The Artist does that with exhilarating magic, and you have to feel that the silence of the chemistry between the actors something to do with it. It’s very likely that Dujardin and Bejo will not share in the Oscar recognition that the film seems destined to receive—after all, they’re mute, unknown French actors. But they give winning, charismatic performances, and are nicely supported by two more familiar names: John Goodman as a studio mogul and James Cromwell as a butler/chauffeur (shades of Sunset Boulevard).

The Artist is, of course, littered with homages and allusions to vintage cinema. But it does not rely on them. There’s something oddly fresh and modern about the film—a picture universal enough that someone who has never seen a movie could get happily get lost in.