The artistic genius of Michael Bay

Time for a critical reappraisal of Hollywood’s schlockiest directors

A new group of critics is finding masterpieces among the films that Hollywood seems a bit ashamed of. The Paris Review writer Nick Antosca dubbed director John Hyams’s Jean-Claude Van Damme vehicle Universal Soldier: Day of Reckoning “the best movie of last year.” Justin Lin, director of Fast & Furious 6, has been lionized for bringing “formal elegance” to his car chases. Many critics in this school are more interested in Paul W.S. Anderson, director of Resident Evil, than Paul T. Anderson, director of There Will Be Blood.

The movement is known as “vulgar auteurism,” a term invented by a Canadian critic: Andrew Tracy coined it to denounce the “trash humping” of bad movies. Girish Shambu, a critic and teacher at Canisius College in Buffalo, N.Y., says critics have taken the term up “as a badge of self-identification.” It links them with the original auteur critics, such as director François Truffaut, who treated Hollywood directors like Alfred Hitchcock as serious artists when most critics dismissed them. On its debut in 1958, Hitchcock’s Vertigo was written off by a leading critic as “an asinine, unredeemed bore,” but auteurists proclaimed it a masterpiece, and their view won when Vertigo topped Sight & Sound’s 2012 list of great films.

Today’s auteur critics, such as Roger Ebert’s protege Ignatiy Vishnevetsky, are trying to do for directors such as Michael Bay, or Top Gun director Tony Scott—or the directors of direct-to-video action movies—what the old auteurists did for what Shambu calls “the low-cultural-status cinema” of Hitchcock and Howard Hawks. They focus on the directors of “disreputable Hollywood genres,” who put a “personal stamp” on assembly-line work, as Peter Labuza, host of the podcast The Cinephiliacs, described it.

Critics are re-evaluating these films for their strong visuals or their subversive takes on mainstream Hollywood genres. A current vulgar-auteurist darling is Isaac Florentine, the Israeli director whose direct-to-video martial-arts sequel Undisputed III: Redemption was praised by critic Devin Feraci as “the future of low-budget action.”

And the critic known only as Vern, author of Seagalogy: A Study of the Ass-Kicking Films of Steven Seagal, says Quentin Tarantino “raised some eyebrows when he put Paul W.S. Anderson’s The Three Musketeers,” a sci-fi version of the classic tale, “on his best-of-the-year list.”

Opponents of the movement have accused these critics of preferring trashy movies to good ones, just as critic Pauline Kael accused the original auteurists of being obsessed with “mindless, repetitious commercial products.” Christopher Small, from the blog The Vulgar Cinema, says that, after he wrote a piece on Rollerball, by Die Hard director (and vulgar-auteurist favourite) John McTiernan, a commenter accused him of trying to “pick through the rubbish bin of Hollywood cinema.” There have also been charges that these critics are more interested in cool shots than stories: “A lot of their interests seem to be purely in the visuals and compositions,” Vern says, noting that many vulgar-auteurist essays have “seemed to be just collections of screen grabs.”

Still, the new auteurists are providing optimism about commercial film at a time when Hollywood filmmakers seem to be all gloom. Steven Spielberg told a gathering of students that movies are headed for “an implosion or a big meltdown.” Lynda Obst, the producer of Sleepless in Seattle, has just published a new book called Sleepless in Hollywood, where she argues that good movies are now hard to make. Against these prophets of doom, vulgar auteurists are arguing that there is good work in Hollywood, just not where Spielberg and Obst expect to find it.

There may be places for vulgar auteurism to expand. Romantic-comedy directors, such as the late Nora Ephron, are getting more attention, and Shambu says some critics are into “less masculinist genres, such as teen films, crazy comedies and dance films.” Small says the movement isn’t about one type of movie, but critics and “their newly forming taste patterns.” In other words, as with the original auteurists, this is about critics praising movies they like—and taking them very, very seriously. 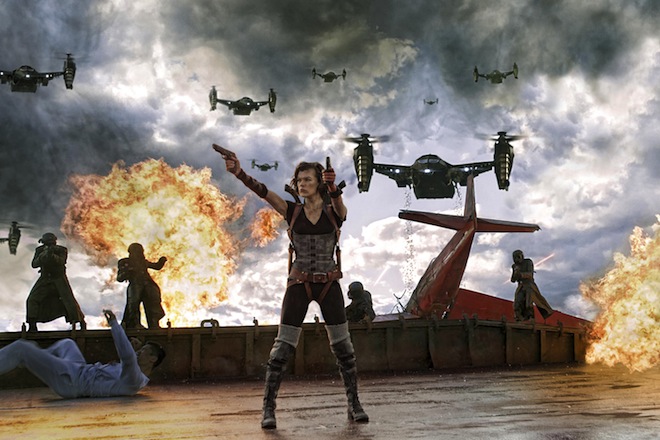