The female gaze: 'Frances Ha' and 'The Bling Ring' 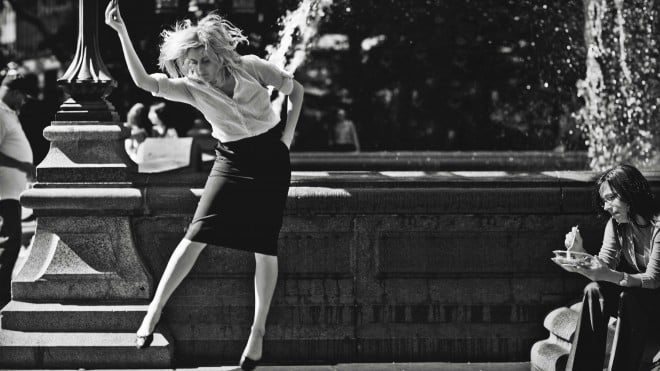 If you’re not signing up to watch Brad Pitt save women and children from the zombie apocalypse in World War Z (reviewed yesterday), there are couple of films opening this weekend that offer more, uh, active female roles. Young women drive the narratives of both Frances Ha and The Bling Ring. Refreshingly, neither movie is fueled by the aspirational sentiment of a so-called “chick flick”—unless bungling one’s life or burgling a mansion is a step on the road to empowerment. But both are intoxicating, stylish escapades that blaze their own genre trails with women leading the way.

Francis Ha is the better of the two movies. Although it’s co-written directed by Noah Baumbach (The Squid and the Whale), its creative dynamo behind, both on and off screen, is his partner Greta Gerwig, the film’s star and co-writer. Shot on location in New York City, in luxurious black-and-white, Frances Ha has a superficial resemblance to Woody Allen’s Manhattan. And Gerwig’s exuberant performance, a giddy mix of physical comedy and self-conscious candour, has flashes of the young Diane Keaton. But despite the obvious comparisons to Allen and Keaton—discussed in a recent magazine piece where I also interviewed Gerwig—Frances Ha marks an evolutionary leap forward.

It’s not a romantic comedy. As Frances, an apprentice dancer whose career is stalled, Gerwig is in almost every frame of the film, making it her movie in a way that very few films belong to one woman. Her biggest relationship is with her best friend and Brooklyn roommate, Sophie, played with panache by Sting’s daughter, Mickey Sumner. Their fraying bond is tangled and intimate. Frances compares them to “a lesbian couple that doesn’t have sex any more,” and when Sophie moves out Frances ends up lonely and adrift as an “undateable” woman sharing an apartment with two guys while she scrambles to create a career and make a living.

Between the roommate chaos of twentysomething New Yorkers and the frustration of its awkward heroine, Frances Ha bears some resemblance to Lena Dunham’s Girls, whose Adam Driver features in the cast. But as Gerwig pointed out to me, there’s a crucial difference: unlike Dunham’s sexually voracious character, Frances is virtually asexual. In fact, Frances Ha is more like a distaff buddy movie, a comedy with an emotional axis that revolves around love and betrayal between BFFs. Yet it’s a far cry from the raunch of Bridesmaids, and Baubach resists any kind of formula, letting each scene unfold as its own set piece of physical and emotional comedy. And Gerwig is utterly enchanting, as a would-be improbable dancer who ricochets through life’s pinball machine as a well-meaning klutz looking for something, or somebody, that feels like home. Her odyssey takes place largely in New York but includes a couple of whimsical digressions. Frances visit her family in Sacramento, where Gerwig’s real parents play her parents with natural ease, and on a wild impulse she flies to Paris for a weekend and has the quintessential bad trip.

Spekaing of Paris, Frances Ha deliberately conjures the style and sensibility of the French New Wave, underscored by generous excerpts from the scores of composer Georges Delerue. Fortunately, however, you don’t need to know this; the references are such a seamless part of the film’s fabric you might never notice unless you were looking for them. And despite the rare use of black-and-white, there’s nothing obtrusive or formal about the film’s style. Frances Ha is so immaculately crafted that the craft is invisible. The movie, like its character, doesn’t have a precious moment. The dialogue, in fact,  has a buoyant energy that could be mistaken for improvisation, although Baumbach typically shot over 20 takes over every scene while asking the actors not to stray from the script. Everything about the story feels organic, except the upbeat ending, which seems tacked on as concession to the audience. But by then our luckless heroine has earned it, and we’re in a forgiving frame of mind.

First Before Midnight, now this. In a summer of sci-fi blockbusters, we’ve now got two exquisite alternatives—gems of acting and direction strong enough to go beyond the art house, and be remembered once award season rolls around at the end of the year. 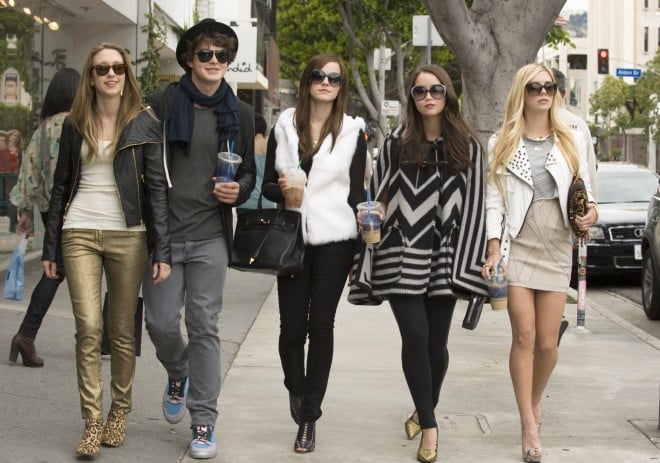 It’s hard to muster as much enthusiasm for Sofia Coppola’s The Bling Ring. Not that there’s anything wrong with writer-director Sofia Coppola’s latest attempt to explore the unbearable lightness of shallow lives. It’s just hard to embrace the characters, and even care about them, which is, of course, the whole point of the movie.

Coppola based her script on a Vanity Fair article titled The Suspects Wore Louboutin,  about a gang of fame-obsessed teenage girls who robbed the homes of celebrities such as Paris Hilton, Lindsay Lohan and Orlando Bloom. There’s a voyeuristic fascination to it all as we watch these girls—played with admirable verve by Taissa Farmiga, Emma Watson, Katie Chang and Claire Julien—blithely walk into various Hollywood mansions and make off with clothes and jewelry. Along for the ride is one nervous boy, played by Israel Broussard, whose vulnerability serves as the story’s only real emotional touchstone.

Although Coppola never explores her characters deeply enough to move us, she does present a fascinating portrait of their behavior, and their facile world. We are astounded by the audacity of these starstruck teens, so blindly addicted to the vicarious glamour of owning celebrity stuff. But equally amazing is the lack of security that allows them to break and enter fabulous homes without even having to pick a lock. This is a heist movie in which the team requires no apparent skills aside from an eye for designer labels and an ability to navigate Google. (They plan their robberies by tracking the victims’ absences on celebrity gossip sites.)

The Bling Ring is a heist movie of sorts, so our natural tendency is to root for the robbers. If we can root for Bonnie and Clyde, why not them? They’re young, cute, and dumbly naive. And their crimes seem largely victimless: anyone rich and stupid enough to leave their stuff so unprotected seems to deserve what they get. But Coppola views her characters with an aloof, unspoken disdain, refusing to grant them the romantic license of outlaw heroines. Unlike Spring Breakers, the film portrays the crimes with cool, dispassionate eye. Most sublimely expressed, it’s the viewpoint of a surveillance camera, or distant shot that allows us to watch a robbery unfold in a home that’s lit up like a showpiece in the Hollywood hills. But it’s an omniscient view that leaves us and the characters in a moral vacuum.

As with Coppola’s Marie Antoinette, there’s a have-your-cake-and-eat-it dynamic to the enterprise. The director lets us eat cake while she deconstructs the cake. Her disapproval is implicit. She frames the story as an urbane comment on the empty allure of celebrity pop culture.Yet she feasts on the spoils: Paris Hilton allowed the filmmakers to shoot in her closets, so the Louboutins we see being looted are her Louboutins. (Ironically, Hilton had so much stuff, that it took several heists before she even noticed anything was missing.) As the camera dotes on her stuff, it invites us to indulge in the fashion fetishism, or be appalled by the shallow spectacle of it, as we see fit. But because Coppola’s confection is spun from a true story, it engenders an unrequited curiosity about the characters. I left The Bling Ring wanting more. Not more bling. More movie.