Are universities complicit in sexual violence? 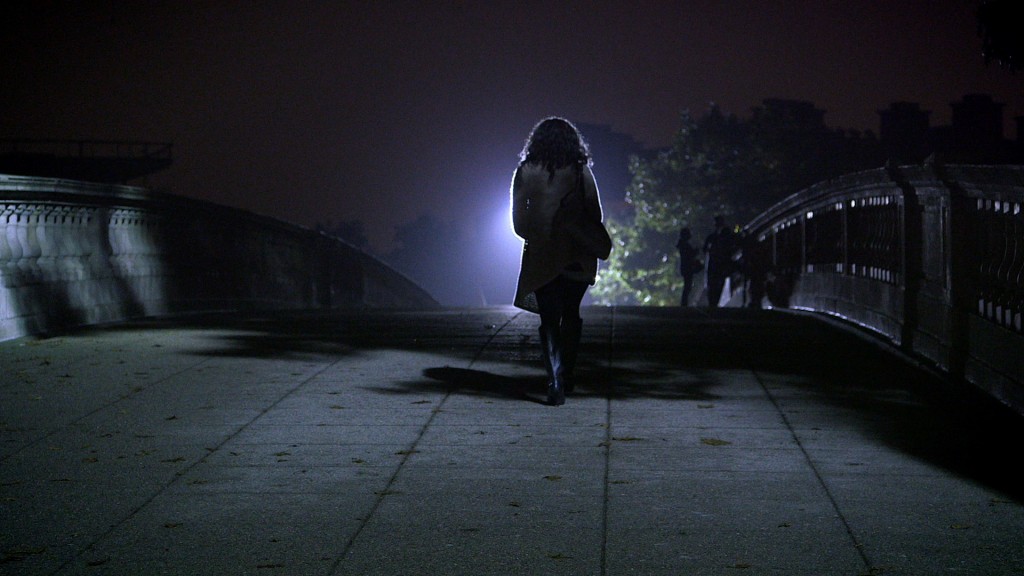 A still from ‘The Hunting Ground’. (Courtesy eOne Films)

Columbia University student Emma Sulkowicz garnered worldwide attention last year when she started lugging her dorm mattress around campus to protest the university’s decision that the man she says raped her in her dorm room was “not responsible” for the assault. Known around the world as Mattress Girl, she’s become an icon in the discussion around sexual assault on campuses and how universities are failing to take complaints of abuse seriously.

Since then, several female students from Canada have followed her lead and opened up about their own experiences. Universities such as Queen’s and the University of Windsor announced earlier this year they would implement their first sexual assault protocols in the coming months.

Now, a new U.S. documentary about sexual assault on campus, The Hunting Ground, features interviews with dozens of women who were attacked on U.S. campuses and who say that the only thing worse than the assault itself is how the university mishandled their cases after they reported them.

The film’s director, Kirby Dick, who also directed 2012’s The Invisible War—a film about rape in the U.S. military—was in Toronto Thursday to talk about his latest project, how universities are complicit in perpetuating sexual violence on campuses, and what needs to change. The Hunting Ground comes out in Canadian theatres on March 13.

Q: The anchor of the documentary is the story of Andrea Pino and Annie Clark, two women who were sexually assaulted while studying at the University of North Carolina at Chapel Hill, and have since filed a Title IX complaint to the federal department of education against their school, and have helped dozens of other students around the country do the same. Was that your original plan for the film?

A: Editorially, you go out and you get as much as possible and you work with all of your options. And their story turned out to be best. Later in our process, we started to get a sense that they could become the spine of the film. They had just filed their Title IX complaint, they were just starting to frame the issue as a national issue, and we thought, wow, this would be amazing if they went and did another two or three Title IX complaints against other schools. We never expected they would do, I think, 25 more schools, be invited to the White House and congressional press conferences.

Q: What do you hope the outcome of the Title IX investigation will be? And will it change the way university administrations treat sexual assaults on campus?

A: That’s an important question because no one in higher education wants sexual assaults to happen on campus, but they are so incentivized to keep it covered up. Maybe this film will help switch the incentive so that people–alumni, parents, students–will start demanding that schools be more transparent, that they take responsibility. What I’d really like to see is college presidents coming forward, on the record, on television, saying that this is an important issue at our school. I would like to see college presidents acknowledge that they have failed in the past and say they will personally take responsibility for making sure that changes take place. I think they could also apologize to the hundreds, if not thousands, of survivors on campus who have been mistreated over the past few decades. When you see college presidents going on the news talking about it in this way, that will signal that change has happened.

Q: I’m surprised that administrations are still so hesitant to open up about sexual violence on campus. If they came out and talked about how they were taking action, they would get a ton of great press.

A: They’ve always taken the attitude that if they keep their heads down when there’s a sexual assault, if they can’t cover it up, just don’t talk about it in the press and let it go away. But I think you’re right. The press corps is primed to look for leadership at this point. If a president genuinely came forward and admitted where they have gone wrong and how they can do better, they would likely get a lot of support, and it would provide a model for other presidents. We’re waiting for that first president to come forward.

Q: There has been intense national attention in the U.S. on the issue of sexual assault. The White House recently released PSAs about it, universities are introducing ‘Yes Means Yes’ sexual assault protocols, and the federal department of education is cracking down. Do you think the time has come when we will see permanent changes, or are you worried this is just a fad?

A: I’m very worried. I’m hopeful, but also worried. A lot of people thought this issue was addressed in the ’70s. People are shocked that it’s still happening on campuses. And of course it wasn’t, and not only that, it was buried again. This is an issue that will take at least a decade to change. This is not something that will happen overnight. It’s going to take a national effort and hopefully the film plays a role, but there’s a lot of other people that need to take control. It should be society’s responsibility. 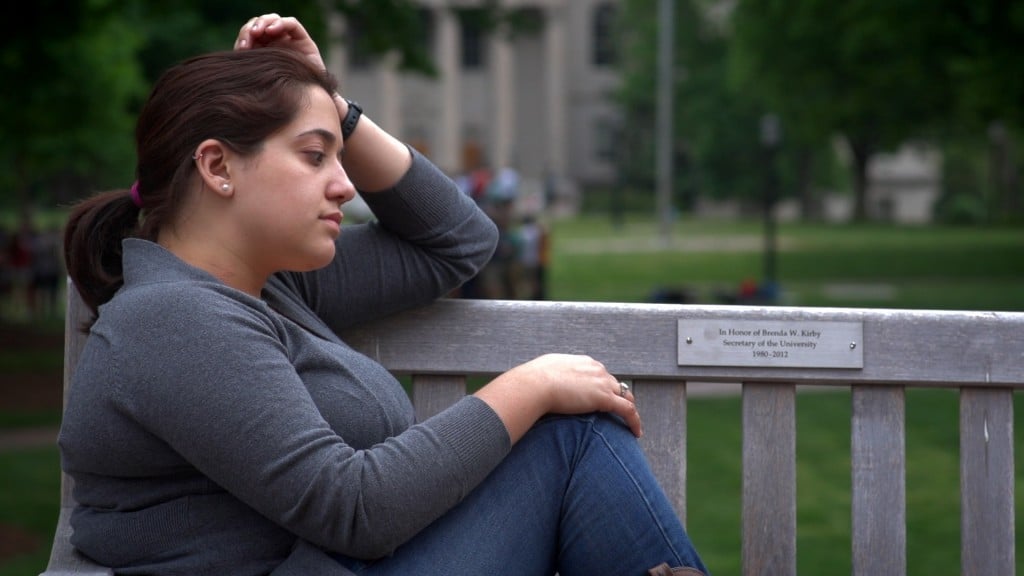 Q: Is having a sexual assault protocol on campus enough? What other solutions are needed?

A: Again, schools need to give the sense, in a real way, that they are going to protect survivors and believe survivors. Because then survivors will start coming forward. And when they do, it will be much easier to find these predators who are responsible. And they are predators. Most men do not commit these assaults. It’s a small minority of men who assault. You need these people coming forward. Universities need to make this a priority and make substantial financial investments in beefing up the investigative and adjudicative processes so that there will be a system in place to find these people responsible and expel them from campus. And this will also–in the very rare cases of false reports of sexual assault–protect the person falsely accused because there will be an adequate adjudication system. That’s kind of a win-win, I’d say.

I think transparency is hugely important. Schools have gotten away with this, they haven’t done studies on their campuses. So they don’t even know the nature or extent of the problem, so without that information, they can’t solve it. Each school has to do annual or biannual anonymous surveys of its students to determine the rate of sexual assault, how comfortable survivors feel about reporting, and how confident they feel in how the school is going to respond to them. Again, when you start seeing schools doing that, you will know that they are on the way to addressing the problem. And for every school that doesn’t do it, they are participating in a coverup. There’s no question about it. If a school is not doing a surveys and research into their student population, they are covering up the problem.

Q: There’s a short interview with an anonymous perpetrator in the film–someone who sexually assaulted a number of girls on campus and was eventually convicted. How did you find him, and why is it important to hear from people like him?

A: We reached out through law enforcement connections and also people who were in therapy or remedial programs for people who had assaulted and been convicted. It took us about nine months to find him. Nobody wants to really come forward and talk about this. He’d been in a program where he realized that what he had done was wrong and he wanted to come forward to really help contribute to a solution. What really struck me about his interview was the fact that a repeat offender would offend again. I think he said college campuses were a very easy place to sexually assault women and get away with it. It’s really important to include the perpetrators’ perspective in the conversation–they are, unfortunately, a crucial part that’s usually missing. This gets back to the bigger issue of why somebody becomes a rapist or a repeat offender. To that degree, there should be education starting at the elementary and junior high school levels about consent and issues around sexual assault. In the film, his voice was very important because it actually corroborates what everybody else, including survivors, was saying.

Q: Last week , Slate published an article that attacked The Hunting Ground, saying it was a film that perpetuated the moral panic around sexual assault and the stereotype of women as helpless victims. How do you respond?

A: All you have to do is look at the statistics. This is a real, serious problem. There will always be people trying to dispel the notion that it’s a problem. This has historically happened throughout our country. By the way, their critique, in terms of the statistical analysis, is way off. They cherry-pick statistics. If you look at our film, our stats are supported by multiple studies, and we have many more that back those up. Unfortunately, these critiques are very misguided, and even more so, they are doing a disservice to our country.

Q: The film is full of deeply personal stories from women—and a couple of men—who experienced horrible abuse. What have you taken away from this?

A: When you’re doing the interviews, you’re just struck by how courageous these women are, in most cases, and sometimes men. And also just how vulnerable they were when they were assaulted and came forward, and still are, because they are young women taking on a centuries-old institution. It’s a combination of being very saddening and very enraging. I think that’s what you see in the film. Then of course, you see the hopeful piece with the students coming forward and taking action. As a filmmaker, I really want to be able to present, in a powerful and profound way, the truth of what is happening so that we can, as a nation, finally address it.