The James Bond film franchise is actually a family business. Meet the Broccolis.

Since becoming full-fledged producers, the Broccoli family has kept as much control over the franchise as possible 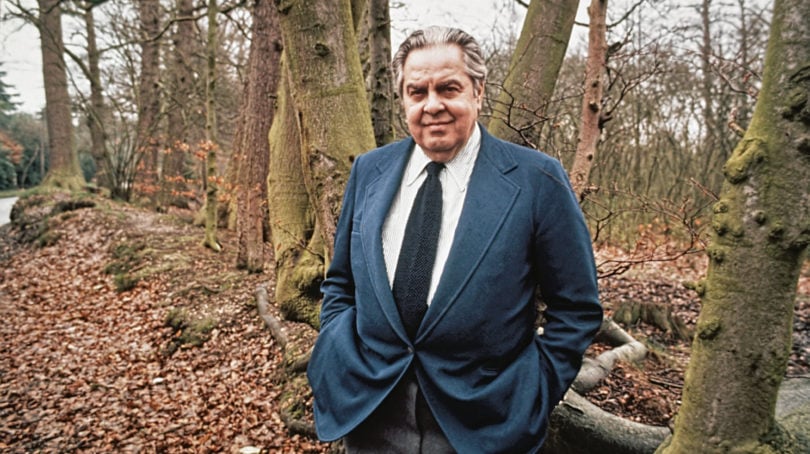 This story originally published in print in February 2020.

When Danny Boyle was announced in May 2018 as the director of the 25th James Bond film, it seemed something had really changed with the franchise’s attitude to directors. Not only had producers Michael G. Wilson and Barbara Broccoli hired a second consecutive Academy Award winner (after Sam Mendes on Skyfall and Spectre), but they were allowing Boyle to bring along his regular writer, John Hodge. It looked like the beginning of an era of auteur Bond directors . . . until a few months later, Hodge’s script was rejected, Boyle quit and Cary Fukunaga was brought in to replace him on the film that became No Time to Die. “The producers wanted to go in a different direction,” was how Boyle summed up the situation to Radio Times.

Sam Mendes notwithstanding, the James Bond movies are producer-driven and the directors are hired hands. Broccoli and Wilson choose the lead, the director and the locations: Mark O’Connell, author of the book Catching Bullets: Memories of a Bond Fan, says they try to figure out “where the new global threats are, [and] where is pictorially fascinating but also logistical for production.” Now that they’re out of Ian Fleming novels to adapt, the producers create the stories, too. According to a rare 2015 New York Times interview with the press-shy team, the creative process for every movie begins with the two of them trying to decide on a premise and a villain that can embody some topical issue or prevalent fear.

Broccoli and Wilson’s hands-on approach was almost literally inherited: they are the daughter and stepson, respectively, of Albert R. Broccoli (universally known as “Cubby”), who produced or co-produced every official Bond movie from Dr. No in 1962 through Licence to Kill in 1989. Long before he died, Broccoli was preparing his heirs to take over, with Barbara working her way up to associate producer and Michael co-writing the scripts for all the movies in the 1980s. In a very mild irony, the franchise about a man who will never, ever have children is also the most successful family business in modern film. 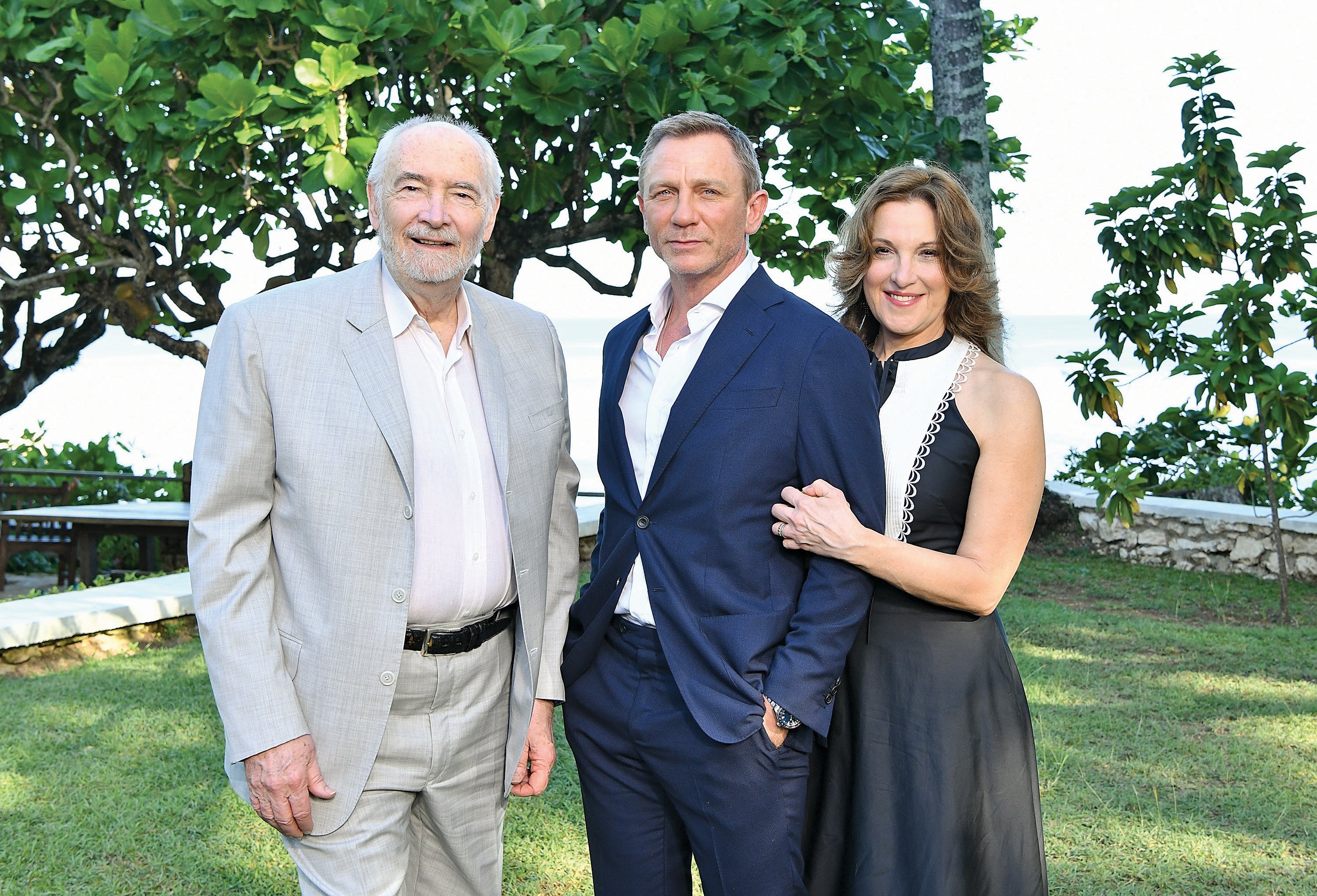 Since becoming full-fledged producers, the Broccolis have kept as much control over the franchise as possible. While the studio, MGM, has influence over the final product, Broccoli and Wilson can often overrule or out-argue studio executives. All four of the Pierce Brosnan films were big box-office hits, but the Broccolis chose not to have him back for Casino Royale and managed to convince reluctant executives that the series needed to be completely rebooted. Enter Daniel Craig. Director Roger Spottiswoode, who worked for the Broccolis on their second production, 1997’s Tomorrow Never Dies, told the Los Angeles Times: “Barbara and Michael have infinitely more to do with it than any studio. MGM would come up with some new idea and Barbara would say, ‘That’s not right for Bond.’ ” In the book Some Kind of Hero: The Remarkable Story of the James Bond Films, director Michael Apted (The World Is Not Enough) recalls that he wanted Bond to talk to a woman about his past, but Broccoli and Wilson vetoed it, saying that Bond “never reveals anything about himself.”

Their obsession with what’s right for Bond was inherited from Cubby Broccoli, along with 50 per cent of the movie rights to James Bond and all his adventures (the novels Casino Royale and Thunderball used to be owned by other producers, but the Broccolis got them back). Cubby, an American who mostly worked in England, was fascinated with the idea of turning Ian Fleming’s character into a multi-film series. This preoccupation distinguished him from his one-time co-producer, the Canadian Harry Saltzman, who left the franchise and sold his half of it after 1974’s The Man With the Golden Gun (MGM now owns his share, making them co-owners with the Broccolis). Saltzman produced serious films on the side, like The Ipcress File (starring Michael Caine as a very unglamorous spy) and Orson Welles’s Shakespeare adaptation Chimes at Midnight. But after the Bond movies became successful, Broccoli only produced two movies that weren’t about Bond, and one of them was Chitty Chitty Bang Bang, based on a novel by . . . Ian Fleming.

Broccoli’s ambition was not to move beyond Bond, but rather to keep Bond going forever. When he died in 1996, shortly after GoldenEye launched Pierce Brosnan, he had kept the franchise viable through five different Bonds, the rise of feminism, the end of the Cold War and enormous competition—including rival Bond movies like Never Say Never Again. His strategy was to protect the essence of the character while adjusting the movies to keep up with recent trends, like sending 007 into outer space after Star Wars came out. His heirs, similarly, have responded to the demands of a modern audience for more serialized storytelling and continuity between films, making Quantum of Solace a direct continuation of Craig’s first movie, and using Spectre to explain that the stories of all Craig’s movies were linked, just like in the Marvel Cinematic Universe.

What none of the Broccolis will go for, however, is a superstar director. Albert Broccoli gave all the ’80s films to his former editor, John Glen, who was no one’s idea of an exciting director, but who knew what the boss wanted. The team will sometimes hire a director with an international reputation, like Mendes, Fukunaga (True Detective), or Lewis Gilbert (who directed You Only Live Twice after making the swinging London drama Alfie), but they have never hired anyone who has such a distinctive style that he or she might produce something radically different from the previous movies. Steven Spielberg said many times that his dream was to direct a Bond movie, and after the success of Jaws, he called Cubby Broccoli and asked to be hired—Broccoli turned him down. (The Indiana Jones series became the vehicle for all the ideas Spielberg might have brought to the Bond franchise.) Quentin Tarantino repeatedly said that he wanted to make a Bond movie, but he was never considered. When Die Another Day was about to come out, Brosnan gave an interview to Premiere magazine where he slammed his soon-to-be ex-producers for turning down big-name directors: “John Woo would love to have done one. Ang Lee would have loved to have done one. Barbara and Michael . . . ah, it’s an old story.”

One factor in this is that Broccoli and Wilson have their preferred collaborators, like Neal Purvis and Robert Wade, who have worked on every Bond script since 1999’s The World Is Not Enough, while superstar directors usually bring all their own people. But money may also be an issue. After Skyfall became the highest-grossing Bond film of all time, the Hollywood Reporter revealed that Craig still wasn’t getting a piece of the profits at that point: “The Broccolis famously do not offer backend to talent.” That helps explain why Spielberg recently said that, even if the Broccolis wanted him, “they can’t afford me.” This frugality is another tradition they inherited from their father, who would sometimes consider hiring a major female star, only to go for someone less expensive in the end: Faye Dunaway was rumoured for the title role in Octopussy, which wound up going to the far less well-known Maud Adams.

No one knows yet whether Bond will continue as a family business when one or both producers are ready to step down: Wilson is 78 this year (though he has two sons who are working on the Bond movies), while Barbara Broccoli, in the tradition of Harry Saltzman, has been branching out into other interests, producing London theatre and the occasional serious film like 2017’s Film Stars Don’t Die in Liverpool. “It may be time for a new ownership of the Bond series and a fresh approach,” says Graham Rye, editor of 007 Magazine. He thinks it’s possible that a U.S. studio might someday buy out the Broccolis. “If that happens, we could see a major shift up in gear with a more regular release pattern, which I’m sure would please the many Bond fans worldwide.”

And yet one of the secrets to the longevity of Bond may be that the producers don’t handle the franchise the way a major studio would. O’Connell points to the Broccolis’ resistance to making more movies or spinoff content: “Bond is and always should be an event, not a vending machine,” is how he explains their thinking, which may have been vindicated after Disney devalued Star Wars by pumping out too many films. For studio executives, Bond is business; for the directors who want to make a Bond movie and can’t, Bond is a missed opportunity. But for Barbara Broccoli and Michael Wilson, Bond is a legacy, and no one else can tell them how to keep it alive. At least not yet.