The most cringe-inducing commercial ever made 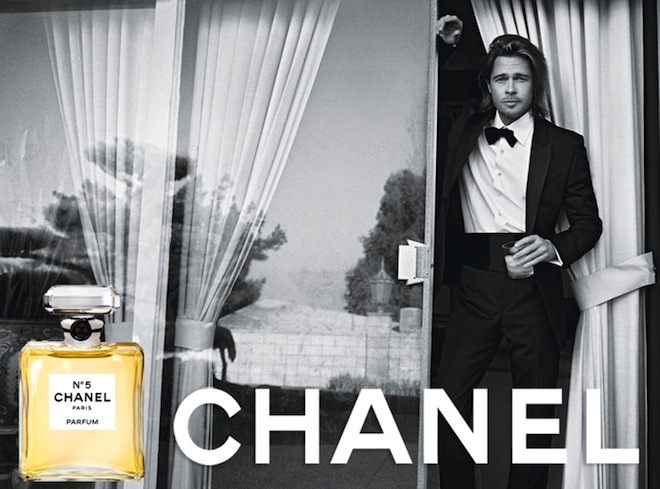 Dos Equis gave us The World’s Most Interesting Man. Now Chanel presents The World’s Most Cringe-inducing Man in its new 30-second spots for its No. 5 women’s perfume starring Brad Pitt. In the self-consciously arty black-and-white clips directed by Joe Wright of Atonement fame, the actor appears to be taking a page from the James Franco Existential School of Gravitas. Unshaven, looking less “The World’s Sexist Man Alive” than grubby Mayan apocalypse survivor, Pitt gazes into the camera and phones in a rambling pseudo-poetic monologue: “It’s not a journey. Every journey ends, but we go on. The world turns, and we turn with it. Plans disappear, dreams take over. But wherever I go, there you are, my luck, my fate, my fortune. Chanel No. 5, inevitable.”

Chanel paid Pitt $7 million to become its first male spokesman, which no doubt explains his motivation, but it also makes his lacklustre performance all the more appalling. The French design house has already made his fee back in free press, though almost all test the “all publicity is good publicity” adage.  “The Smell of Disaster,” proclaimed the Guardian. “Dumbest fragrance commercial ever?”  Fox News asked. LaineyGossip, the Mount Sinai of celebrity-gossip blogs, declared the ad a “f-cking embarrassing” and an epic miscalculation of Pitt’s carefully calibrated rebranding as a smart, socially–and politically–conscious dude. The ad was even slammed on CBC’s As It Happens last night. The parodies have begun, though none could ever be as ridiculous as the original.

The question now is whether the silly spot could mark a watershed for celebrity spokes-thingies, one that sees their own brand imperiled for burnishing another. If so, it would represent a karmic full-circle. Once upon a time, when coelophysis dinosaurs walked the Earth, starring in a commercial was something a serious actor didn’t do. Movie stars who needed to finance a divorce or recoup a poker loss disappeared to Japan or Italy, assuming their North American fans wouldn’t never see it. Now movie stardom is a launching pad to big-buck global endorsements, all stigma gone.  Natalie Portman emotes for Dior! Angelina Jolie shares a “life-changing” trip to Cambodia shilling for Louis Vuitton! They’re no longer even called commercials; they’re tiny “films,” with teaser trailers released in advance to stoke hype.

Chanel is a master of the game. The design house tapped Ridley Scott in the early ’80s to direct its classic “Share the Fantasy” Chanel No. 5 series: this spot with French model and actress Carole Bouquet, this one, considered one of the world’s best commercials,  and this one,  regarded racy for the day.  In 2004, it paid Nicole Kidman $12 million to star in this spot directed by Baz Luhrmann, who recycled Moulin Rouge with a contemporary setting, couture and a Debussy score. And in 2009, Chanel reunited Audrey Tautou with her Amélie director Jean-Pierre Jeunet for this two-minute-20-second spot.

Earlier today, Chanel released a second clip starring Pitt, this one less awful than the first, but only because there’s less of him in it. We’ll see if he suffers the same fate as Kidman: As the Guardian noted, for years after her over-the-top ad appeared,  movie-goers would shout her “I’m a darncer! I love to darnce!” line from the commercial whenever she’d appear on-screen.

For now, the question is: why all the fuss? Has public tolerance for fatuous, fraudulent celebrity endorsements finally petered out? Or have we nothing better to talk about? Either way, it really doesn’t smell good.