The silent power of landscape

From Iceland to Australia, documentary film is turning the setting into the story, says film critic Brian D. Johnson 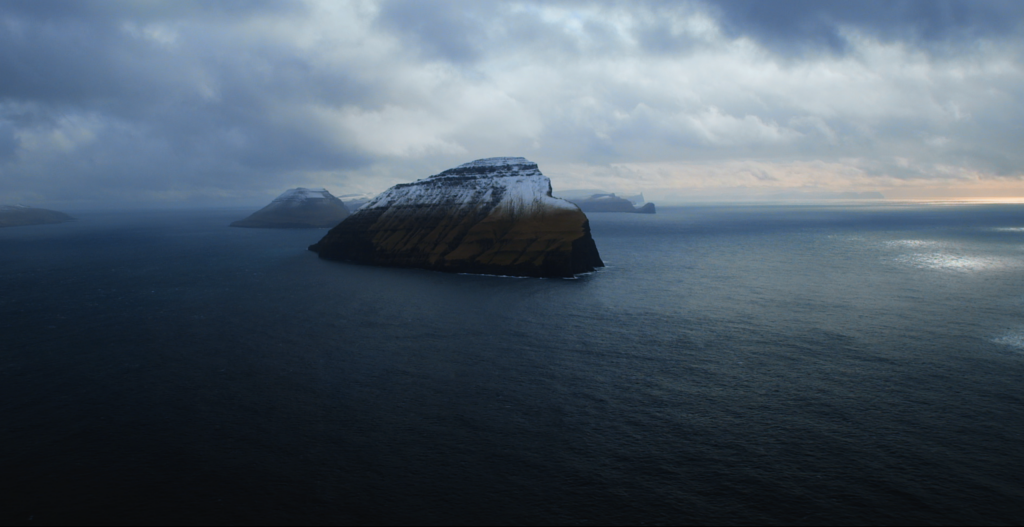 We’re on a bus heading to the south coast of Iceland. The road cuts across a volcanic plain of jumbled, moss-covered forms, a slick ribbon of asphalt that looks like it might have been steamrolled out of the black lava rock. We drive through a morning overture of rain and gloom and every kind of cloud, under as sky as cracked and crazy as the land. Then high winds tear it up, and by the time we reach the great wall of mountains and waterfalls that line the coast, the sun has the landscape as perfectly lit as a Hollywood set.

The bus trip was billed as a “film location tour,” put on last week for guests of the 13th annual Reykjavik International Film Festival (RIFF). I’m not sure if anyone on board was actually location scouting for a movie. But it seemed like a good excuse to get out of town and see what Iceland is famous for, including some otherworldly settings that we’ve glimpsed onscreen, in spectacles that include Game of Thrones, Noah, Prometheus, Interstellar, Star Wars: The Force Awakens and several James Bond films. The country, which rarely gets to play itself, is routinely cast as a fantasy realm or a foreign planet. 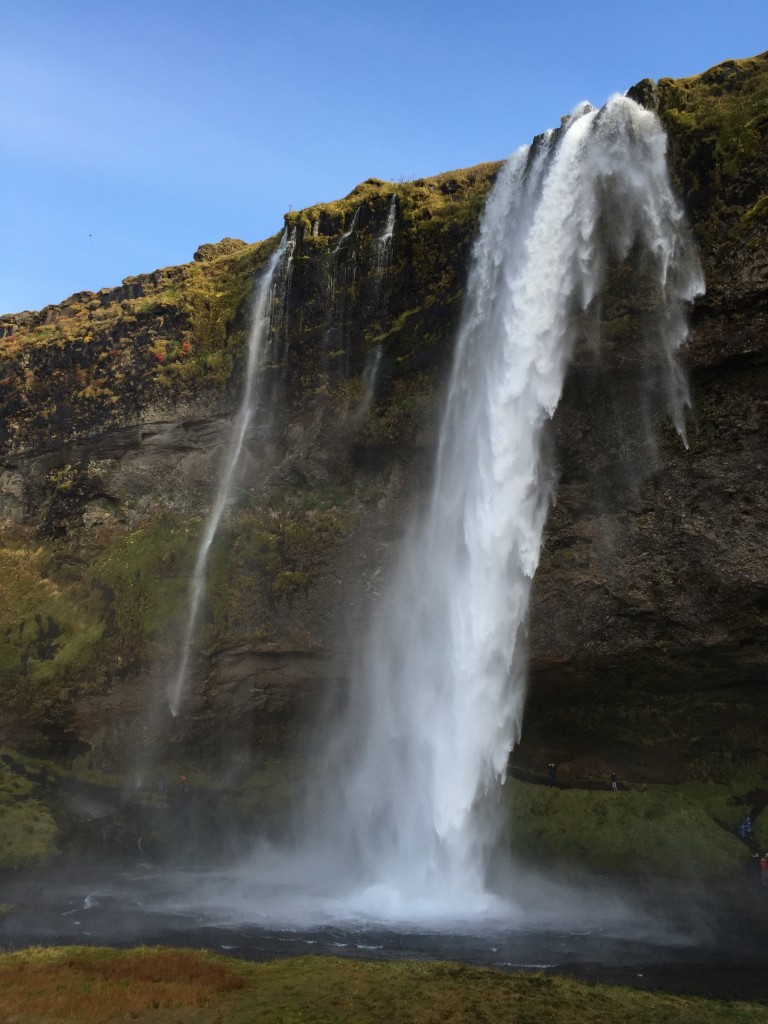 On the south coast of Iceland / photo by Brian D. Johnson

The volcanic landscape is what draws filmmakers and tourists to Iceland. But the cultural landscape is no less exotic. Sitting at the apex of the North Atlantic, just under the Arctic Circle, the island is both an ancient and modern crucible of Nordic culture. Everyone speaks English, yet Icelanders have managed to sustain their own literature, theatre, music, media and cinema—all in a language spoken by just 330,000 people, a population roughly the size of Halifax. Like the country, Reykjavik’s small film festival punches above its weight, with a robust program that has made it a hot destination on the international circuit. And it has a vital connection to Canada. Helga Stephenson—a former director of Toronto’s film festival and the recently retired CEO of the Academy of Canadian Cinema and Television—has played a crucial role in developing RIFF, which has named her its honorary chair. And another Torontonian, Hot Docs president Chris Macdonald, is one of RIFF’s two program directors.

As a guest of the festival earlier this month, I joined a jury assessing a dozen international documentaries in a program called “A Different Tomorrow,” made up of films focused on environmental and humanitarian concerns. What struck me as I watched them is how a new language of landscape is reshaping the documentary. Landscape, of course, has always played a strong role in docs, especially nature films. But lately it has moved into the foreground, not just with vistas of scenic grandeur, but as a potent narrative force. What’s made that possible is the revolution in compact, high-definition digital cameras, which allows docs to have a cinematic power akin to dramatic features. But also the medium’s thematic terrain is shifting with a sense of urgency. As filmmakers focus on environmental havoc, the plight of refugees and the desolation of the dispossessed, they are exploring the frayed edges of the planet with new kind of visual poetry.

That’s especially apparent in The Islands and the Whales, which won our jury’s award in Reykjavik. It’s about a traditional community in the remote Faroe Islands, which lie in the North Atlantic midway between Scotland and Iceland. The islanders’ traditional way of life, which involves hunting seabirds and pilot whales for food, is under threat as rising mercury levels in the whales begins to endanger their children. This is not your usual partisan eco-doc. Like The Cove, it shows the horror of marine mammals being slaughtered in water turned red with blood. But Scottish director and cinematographer Mike Day didn’t have to shoot his scenes undercover. Over the five years that he spent making the film, he penetrated the islanders’ world and gained their trust. As he shoots them chasing whales in a rubber dinghy, and hangs from a rope off a sea cliff to film a bird hunt, he could not have been closer to his subjects, or their environment. The result is an intimate and complex portrait of a community in conflict that makes no rush to judgment, while erasing the boundary between humanity and habitat. 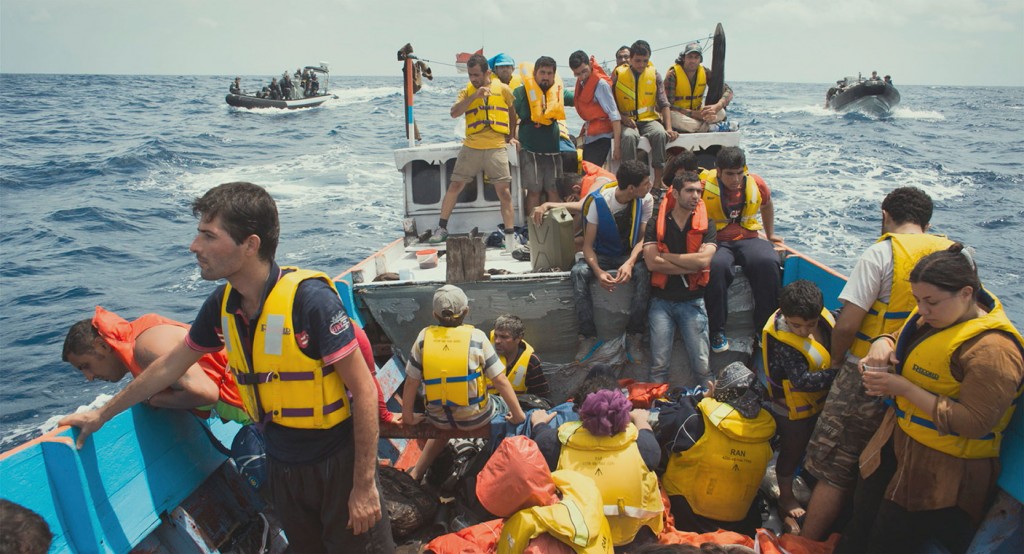 A scene from “Chasing Asylum”

Chasing Asylum, another story of islands and the sea, takes place on the other side of the planet, where refugees bound for Australia are incarcerated in brutal detention camps on a pair of remote Pacific islands—camps are designed to be horrific enough to deter other refugees from aiming for Australia. With hidden cameras, Oscar-winning Australian director Eva Orner explores a sweltering hell on earth of mouldy tents where detainees sit and wait, voicing their terror and pain with graffiti and self-harm, some sewing their mouths shut in protest, some attempting suicide. They are invisible characters who can’t be interviewed—whistleblowers from former workers at the camp provide the bulk of the interviews—but as the camera creeps around the corridors of these tented concentration camps, the nightmarish landscape speaks for itself.

While Chasing Asylum unfolds as an agitprop exposé, Fire at Sea frames the horrors of the Mediterranean refugee crisis against images of mesmerizing beauty, as it contrasts the nightmare of overcrowded boats and dying refugees with dreamy scenes of a Sicilian fishing community at their destination, the island Lampedusa. The film showed at Reykjavik outside of our juried competition, perhaps because it had already won huge acclaim on the festival circuit—it’s the first documentary to win the Golden Bear, the top prize at the Berlin festival, in the event’s 67-year history. Italian director Gianfranco Rosi composes Fire at Sea with the grace and poise of a dramatic feature. His lead characters are the island’s one doctor, who treats refugee casualties and performs autopsies, and a quiet young boy, a fisherman’s son who roams the coast and with a homemade slingshot. Stunning tableaux of the boy’s idle wanderings along the shore make the film eminently watchable, while setting up a heartbreaking context for harrowing scenes of refugees that are threaded through the film. 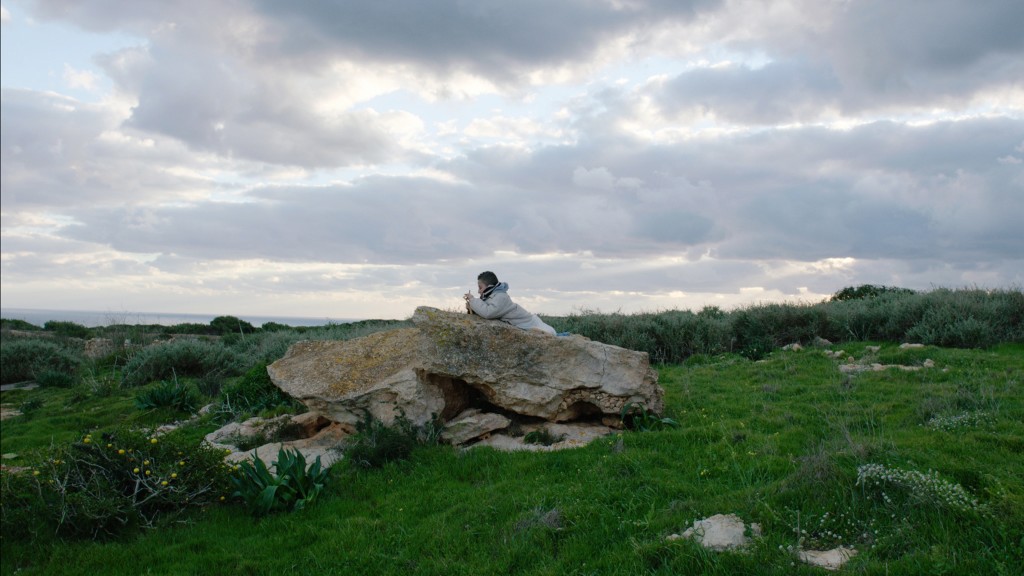 A scene from “Fire at Sea”

The notion of portraying a grim reality obliquely, through images of the landscape that surrounds it, is the formal premise of The Prison in Twelve Landscapes. It’s a seductive essay about incarceration in America by Brett Story, a filmmaker based in Toronto and New York. Without ever taking her camera inside the walls of a prison, Story conducts a poetic odyssey through a dozen American landscapes that deeply affected by prisons. They range from a California mountainside where female inmates fight wildfires to an Appalachian coal town that is banking on prison jobs to save its future, from Manhattan’s Washington Square, where an ex-con plays chess, to a Bronx warehouse full of goods bound for the state correctional institution.

All these documentaries unearth hard truths in ways that owe more to painting and cinema than to journalism. In each case, landscape becomes strangely articulate. It’s never mere “scenery.” Meanwhile, Iceland’s film industry thrives on Hollywood productions that turn its landscape into a background for fantasy. On our bus tour, as we passed a breathtaking mountain waterfall, our guide, a film producer, pointed out that it was used for a scene in Noah. He couldn’t resist taking a crack at that movie, calling it an interminable bore—despite the fact that its director Darren Aronofsky, had just received the Creative Excellence Award from the Reykjavik festival. I saw Iceland’s president present Aranofsky with his honour at a reception in the head of state’s official residence, situated at the tip of a wind-battered peninsula outside Reykjavik. Among the guests was Bjork, who ruled the room as a shimmery apparition, dressed in an outrageous outfit topped with waves of blue-pink ruffles and a mask. As Iceland’s most famous citizen, and an otherworldly attraction in her own right, Bjork seemed right at home—just another wild feature in an outlandish landscape. 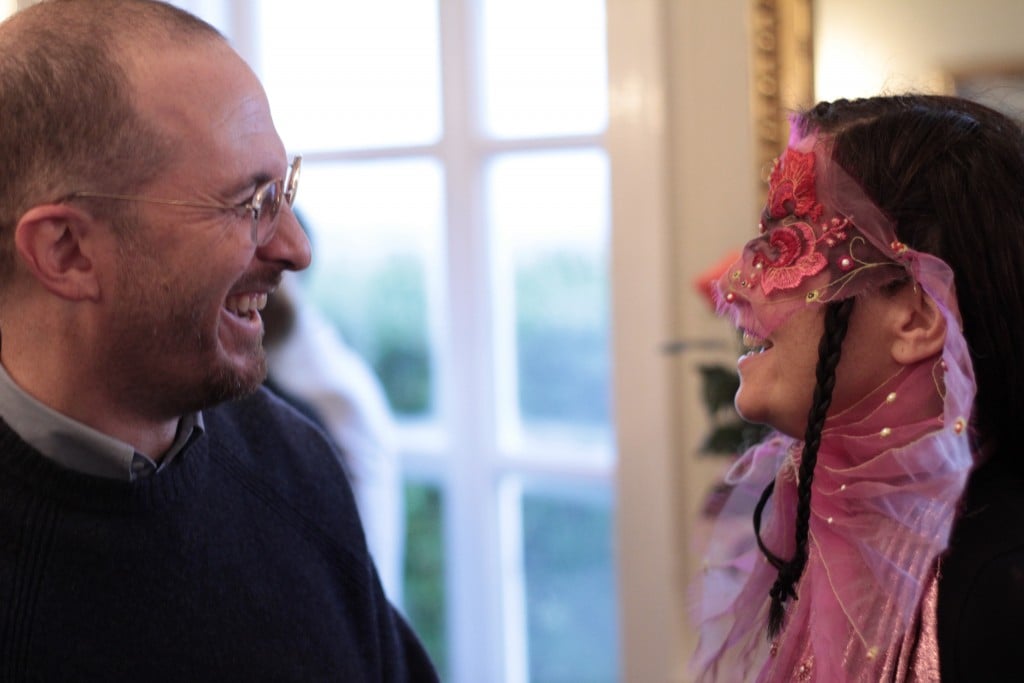