With Daniel Radcliffe on the red carpet and Chinese studios hunting Canadian scripts, the festival has raised its game 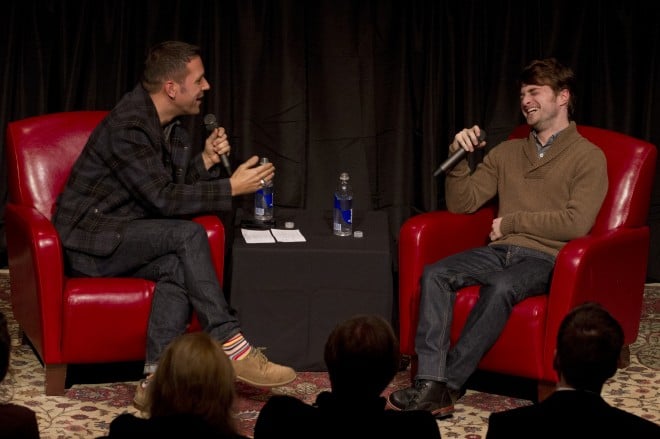 I’ve been a devotee of the Whistler Film Festival for most of the past decade. Cannes and TIFF are both essential and vast, but these festivals unfold on such an industrial scale that they’re no longer, well, festive. For a film critic on the assembly line of world cinema, they’re more work than fun. Whistler, which wrapped its 12th edition this past weekend, has always been the festival I most look forward to. It doesn’t hurt that skiing is part of the program—unlike Sundance, the WFF encourages it, and with its Celebrity Ski Challenge, the mountain becomes part of the program. But Whistler’s five-day extravaganza also brings together filmmakers, media and industry folk with unparalleled energy and intimacy.

As a guest of the festival, I wore two hats this year, as a journalist and a member of the documentary jury. And it was evident to me and everyone I talked to that this was the year Whistler raised its game. There was some serious star wattage on the red carpet, with visitors such as Daniel Radcliffe (Harry Potter), James Cromwell (Babe) and writer-actor Rashida Jones (The Social Network). But there was also a stronger international industry presence, with Variety‘s 10 Screenwriters to Watch panel—and the inaugural China Gateway Film Script Competition in which a dozen Canadian writer-producer teams pitched feature projects to three Chinese studios. The winners could end up triggering co-production deals worth up to $15 million. (The winning pitches were Butterfly Tale, an animated 3D movie from Quebec; Blush, a B.C.-driven romantic comedy about a Chinese woman in Paris; and The Eddie Zhao Story, another B.C. project, based on the true story of a Chinese peasant who chases an American conman to Los Angeles.)

With this China co-pro initiative, Whistler comes full circle. Its marquee award, the $15,000 Borsos Prize for best Canadian feature, is named for Philip Borsos, the late B.C. filmmaker known for The Grey Fox (1982)—and Bethune: The Making of a Hero (1990), which starred Donald Sutherland in the very first China-Canada co-production. Completing the symmetry, Sutherland’s Bethune co-star Helen Shaver was a member of this year’s Borsos jury, along with actors Liane Balaban (One Week), Rachelle Lefevre (Twilight), and producer Martin Katz (Cosmopolis). 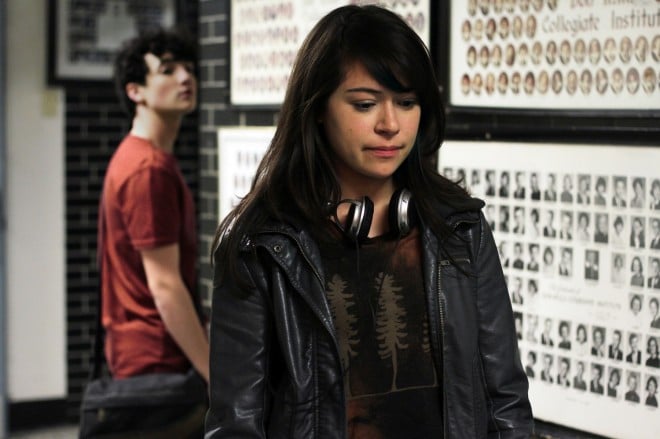 The 2012 Borsos Prize went to writer-director Kate Melville for her feature debut, Picture Day, a coming-of-age story about a rebellious teenage girl and the vaguely autistic boy who is obsessed with her. The film’s star, Tatiana Maslany, received the award for best performance among the eight movies in the Borsos competition. The jury called her “fearless, honest, unapologetic, heartbreaking, and hilarious… in our opinion…a force of nature.” The jury also gave a special commendation to Marie-Evelyne Lessard for her riveting performance as a carnival worker in Les manèges humains (Fair Sex), by Quebec director Martin Laroche.

Among the eight filmmakers in the World Documentary Competition, Montreal director Karen Cho won for the NFB opus, Status Quo?, which investigates what has, and has not, changed for Canadian women and families since Canada’s Royal Commission On the Status of Women tabled its report in 1971. This is vital film. That was the unanimous conclusion of our jury—my fellow jurists were Toronto actress Sarain Boylan and N. Bird Runningwater, director of the Sundance Institute’s Native American and Indigenous Program. We praised this “documentary report on the status of women” for its “tenacious research and analysis,” as well as its “relevance, courage and ambition in taking on a task that the government has failed to address.” Being on a jury beats solitary film criticism. In the spirit of the festival, it was more fun than work.

The WFF’s new programmer, Paul Gratton, who came aboard only last June, put together a substantial and provocative program. For the first time, it included late-night screenings of horror films, kicking off with American Mary, an international cult hit by Vancouver’s outrageous twin sisters Jen and Sylvia Soskia, who posed on the red carpet in kinky lab-coat fetish wear. Meanwhile, spitfire Shauna Hardy Mishaw, the festival’s executive-director, continues to push the WFF toward the big time with the indomitable will of an Olympic ski coach. She calls Whistler the world’s “coolest” festival, which is a credible boast. But it’s also a festival of rare warmth, an industry hot tub that goes from salon to saloon in a twinkling. And its fancy yet casual soirees, at restaurants like Araxi and Barefoot Bistro, offer a level of gastro luxury that outpaces TIFF and Cannes.

I’m always curious to see how veterans of the festival circuit respond to Whistler the first time they come. “What’s great about it is that it does what festivals are supposed to do,” says producer Martin Katz, who’s also Chair of Academy of Canadian Cinema and Television. “It brings people together and allows them to run into each other casually. Other mountain festivals like Sundance have higher profiles, but they don’t have a locus.” Another first-time visitor, Mark Sloane, senior vice-president at Alliance Films, was pumped about the possibilities. He suggested that Whistler, with its proximity to L.A., is perfectly placed and timed to position itself as an pre-Oscar campaign site to kick off the awards season. That goal would make it less like Sundance, and more like Canada’s prelude to January’s Palm Springs International Film Festival.

To achieve high-level status, however, one thing Whistler lacks is a proper gala screening facility. With banquet chairs and a sub-par sound system, the Whistler Conference Centre affords a makeshift solution. But Sundance started with inadequate screening facilities 28 years ago. And Whistler organizers are in the thick of a fund-raising drive to build a state of the art cinema. For a sponsor like Bell or Rogers, buying the naming rights to such a high-profile bricks-and-mortar showcase should be a no-brainer. Once it has a good cinema, there’s nothing stopping Whistler from becoming one of the top summits of the world festival circuit.