There's no country for old actors in Hollywood—and that matters

An Oscar nomination for Christopher Plummer, 88, stands out—and that ageism reveals something broader that #MeToo and #TimesUp should take note of 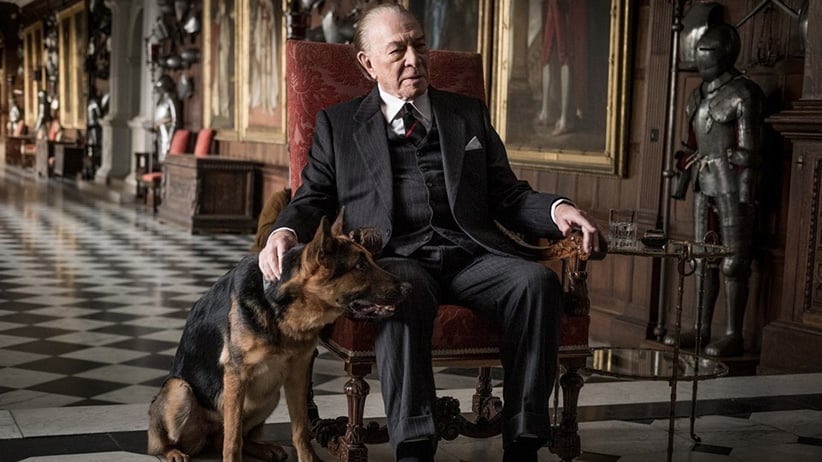 Christopher Plummer in ‘All The Money In The World’. (Sony)

In 1982, Henry Fonda made Oscar history. At 76, he became the oldest person to win an Academy Award for Best Actor, for his late-career, late-life turn in On Golden Pond. Fonda was in swiftly deteriorating health, and so he was unable to attend the ceremony. His daughter Jane, her hair a helmet of tight early ‘80s curls, accepted on his behalf. “I’ll bet when he heard it just now,” she said, choking back tears, “I bet he said, ‘Hey, ain’t I lucky?’ ”

The fact that someone as feted as Fonda may have felt this was an act of fortune is telling. Despite a long and varied career spanning four-plus decades, marked by accolades including a 1981 honorary Oscar, a discretionary prize that recognized individuals who have made massive contributions to the motion picture arts, this was his first true Oscar win. Robert Redford called Fonda “the true portrait of the working actor.” And certainly, actors like Fonda represent a bygone era of American studio filmmaking, where assets like professionalism were prized over personality. Still, it seemed as if the Academy had written him off.

With this week’s announcement of the 90th Academy Awards nominees, another consummate professional of Old Hollywood also stands to make history—again. At 88 years of age, Christopher Plummer—who, I am obligated to point out, in accordance with the unspoken contract imposed upon me by virtue of citizenship, is Canadian—earned a nomination for his role as J. Paul Getty in Ridley Scott’s based-on-a-true-story crime caper All The Money In The World. Were he to win, he’d become the oldest actor to win the prize. He would also surpass himself in this honour, having won Best Supporting Actor in 2011 for his role in Mike Mills’s Beginners, back when he was a spry, apple-cheeked 82.

The circumstances surrounding Plummer’s casting in All The Money In The World are well-known, but nevertheless bear repeating: In late October of 2017, reports began circulating regarding the “sexual misconduct” (to use the deliberately vague parlance of our time) of actor Kevin Spacey, who was then slated to star as Getty. It was a role that, sight unseen, was attracting considerable Oscar hype. Facing bad publicity—to say nothing of larger moral concerns—Scott canned Spacey and recast Plummer, who reportedly shot his scenes in just 9 days. In interviews around the film release, Scott insisted that Plummer was his original choice for the role. And even critics who disparaged the film praised the eminent actor’s performance as Getty. So the nagging question remains: why wasn’t Christopher Plummer cast in the first place?

Given the movements of #MeToo, #TimesUp and #OscarsSoWhite, it is clear that age discrimination isn’t necessarily the most pressing issue as far as Hollywood’s identity politics are concerned. Indeed, many may cheer the decline of Old Hollywood’s bastions, wishing a cheerful “bye-bye” to this bygone era. But Plummer’s conspicuousness among younger contemporary character actors in his Supporting Actor cohort—Richard Jenkins, Woody Harrelson, favourite Sam Rockwell—reveals a deeper rot inherent to Hollywood’s conventional wisdom that produces the systems those movements look to take on.

After all, casting a “big name” like Kevin Spacey, covering him in ghoulish prosthetics, then smoothing out those putty implants with expensive CGI wizardry, is consistent with the same thinking that sees Tilda Swinton cast as an Asian character in Marvel’s Doctor Strange, or white actors playing various Egyptian gods and kings in Ridley Scott’s own Old Testament epic Exodus: Gods and Kings. (Incidentally: when Scott originally planned to cast Christopher Plummer in All The Money In The World, he was told the studio needed a “bigger name.” Scott himself deferred to this very old-fangled institutional logic when defending his casting choices for 2014’s Exodus, telling Variety: “I can’t mount a film of this budget… and say that my lead actor is Mohammad so-and-so from such-and-such… I’m just not going to get financed. So the question doesn’t even come up.”)

Like “whitewashing,” the reluctance to cast older actors in the roles of older people reveals the crass, bottom-line-driven rationality of the Hollywood studio system, one that bows to the power of names and uses that power as an excuse to tragically taper towards a narrowness of representation. The difference with age-washing—if it even makes sense to call it that—is that the problem is not one of not wanting elderly characters in movies. It’s a matter of preferring the bankable stars to, well, actual elderly people.

The problem is not a new one—and, predictably, it’s much worse for women. “We all watched James Bond as he got more and more geriatric,” Helen Mirren said in 2015, “and his girlfriends got younger and younger. It’s so annoying.” Mirren was right, and not just in describing how watching the lovemaking scenes in late-era Roger Moore Bond movies feels at least vaguely perverse, if not wholly nauseating. In 2017, Vanity Fair reported that Orange Is the New Black star Jamie Denbo was deemed “too old” to play the wife of a 57-year-old man; Denbo was just 43. In 2015, actress Maggie Gyllenhaal stated that, at 37, she was likewise deemed to old to play the wife of a 55-year-old.

This noxious ageism feels especially out-of-place when it comes to acting. Where, for example, certain musicians express a volatility and anarchic creativity that can only proceed from the protean possibility of youth, actors arguably improve with age. Besides Plummer, Fonda or Mirren, stars like Michael Caine, Morgan Freeman, Bruce Dern, and Dame Judi Dench have all enjoyed artistically and critically rewarding “third acts.” Beyond the classicism and sense of historical continuity that comes with casting industry veterans in such roles, privileging the talent and experience of older actors can also help address Hollywood’s more endemic problems with representation. Calls for diversity should account for diversity of gender, ethnicity, sexuality, gender expression, and age. The broader the range of stories Hollywood tells, the more opportunities are created in turn.

Yes, one should be careful to not overstate the pressing problem of ageism against old, white men in Hollywood. The frontrunner to win this year’s Best Actor prize is, after all, literally named “Oldman.” And at a comparatively green, tender-footed 59 years young, even he’s got an auspicious third act ahead of him—if Hollywood will have him.

But as much as the studio system can seem woefully stuffy and out-of-touch, Old Hollywood has lessons for our new, changing world. Sometimes the best actor for a role is the one who best fits the role, not a compromised star caked with heavy makeup. Hollywood abounds with plenty of talent, across diverse categories, eager to take up these roles. The problem is the conservative thinking of the system itself. Or as Plummer himself put it, as Captain Von Trapp, way back in The Sound of Music: “There’s nothing wrong with the children. Only the governess.”