This TIFF blog is embargoed!

As publicists muzzle buzz, hype ain't what it used to be 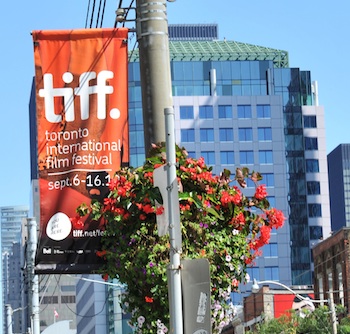 It will be a night of hype and hoopla, hopes and dreams. And I’m not talking about President Obama’s speech at the Democratic National Convention. In my town, a lot of us will miss that stellar performance because we’re about to enter the bubble of another showbiz extravaganza, the 37th annual Toronto International Film Festival.  For film critics who work in its shadow, the festival already been raging for several weeks, as we’ve been fed a steady diet of advance screenings by distributors. I wish I could tell you about them. But this year, more than ever, before seeing many of the movies, we’ve been forced to sign embargoes vowing not to review, blog, or even tweet our thoughts on films until they’ve been shown at TIFF.  In some cases we’re not even allowed to tell people we’ve seen them. In the social media age, the publicity mill has become paranoid. Once intent on creating word of mouth, now it seems more concerned about muzzling negative buzz.  (In honour of this annoying trend, the Toronto Film Critics Association is hosting its party tonight under the banner “EMBARGOED!”)

The biz is becoming positively Orwellian. After signing an embargo, and settling in to watch the movie, it’s hard not to be distracted by security guards pacing up and down the aisles with infra red cameras, scanning the small audience of critics, hoping to smoke out the rat who might be trying to pirate the picture on a phone, or a spy cam wristwatch. I used to think I was just a film critic. Now, it seems, I’m  James Bond, trying to crack Hollywood’s military secrets.

I haven’t had to sign embargoes for all the films I’ve seen, but it’s so hard to keep them straight, it’s best not to blab, for fear of being sent to some critic gulag where no one is allowed to watch movies. Oh, and here’s the best part. The reason the local distributors show us the films in advance is so we can interview the Hollywood stars when they show up for TIFF. But as the stars’ American press agents squeeze Canadian media out of their schedules, we often end up with no interviews. A classic Catch 22. (For more inside-baseball talk about the festival, check out Hollywood vs. TIFF, my story in this week’s magazine.)

It should be said that, under the onslaught of TIFF, the local press corps can get so flustered and grumpy we’re often the first to forget that this an exceptionally good film festival, one that routinely showcases the year’s greatest bounty of new films. It is thrilling to see Toronto become the centre of the film universe for a few days, and so let’s try to enjoy ourselves doing a job that many people would kill for.

Meanwhile, I can tell you I’ve seen a wide spectrum of good, bad and ugly movies, including a couple of Hollywood stinkers that have no business being at this festival or any other, and were obviously invited to decorate the red carpet with a few more stars. My favorite so far—I’m not just being a hometown booster—is Sarah Polley’s astonishing documentary memoir, Stories We Tell.

If you’re looking for TIFF trends, there’s an unusual number of movies about old folks. Amour, the Michael Haneke chamber piece (and masterpiece) that won the Palme d’Or in Cannes, leads the way with its story of a loving couple quietly facing mortality in a Paris apartment. And at a time when Clint Eastwood has raised (or lowered) the bar for old coots everywhere with his “get off my lawn” speech to Invisible Obama at the Republican National Convention, elders are making their day all kinds of movies at TIFF—from Robert Redford’s weathered Weatherman in The Company You Keep to the troupe of Brit seniors populating Quartet, Dustin Hoffman’s directorial debut, which is set in a retirement home for musicians. That’s not to be confused with A Late Quartet, which stars another Hoffman, Philip Seymour, in the tale of a string quartet that comes unstrung when its eldest member (Christopher Walken) contracts Parkinson’s.

Those zeitgeist coincidences are what people in my line of work live for at a festival. We become cosmic conspiracy theorists, while guarding the perimeter of our brains that are about to explode with films we’re not supposed to talk about. . . Enough! I’ve probably already said too much. I don’t want to sound like an old coot, but hype ain’t what it used to be.