Rebekah Maysles considers the legacy of her father Albert, a documentary innovator who died in March just before the release of his new film, 'Iris' 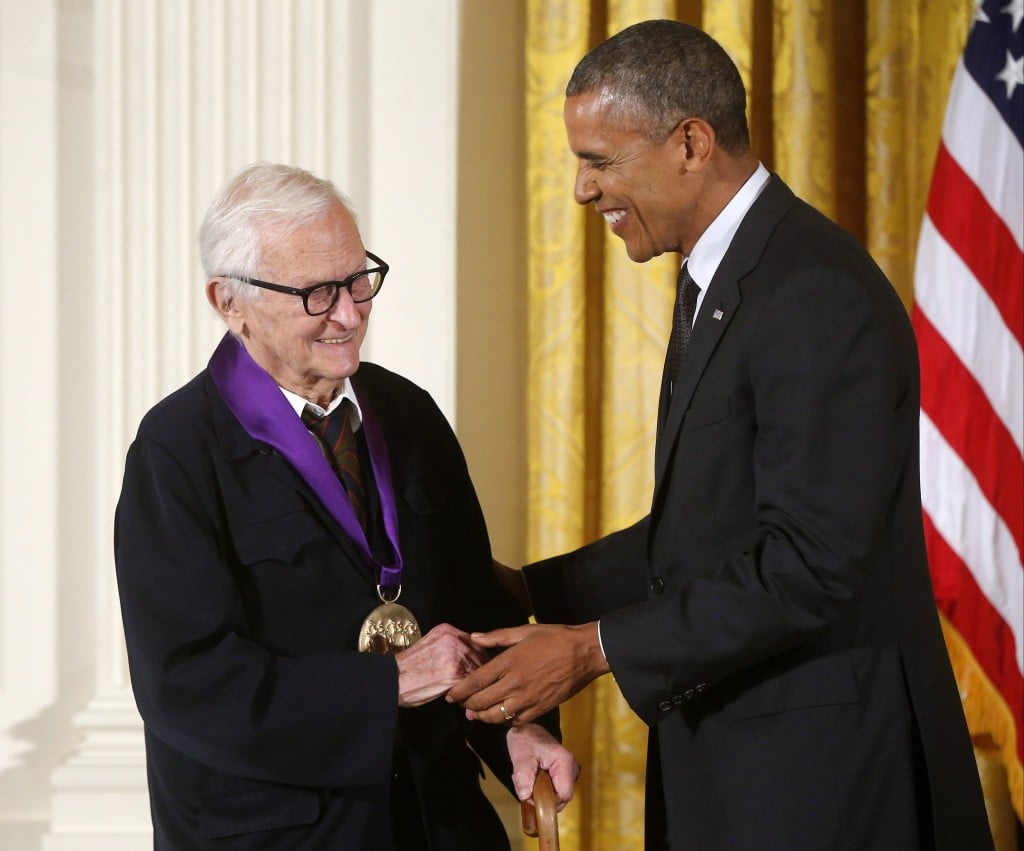 U.S. President Barack Obama awards the 2013 National Medal of Arts to filmmaker Albert Maysles during a ceremony in the East Room at the White House in Washington. Maysles, known for his works of cinema verite in the 1960s and 70s, including the Rolling Stones documentary Gimme Shelter and Salesman, about a travelling Bible salesman, died on March 5 in New York. He was 88. (Charles Dharapak/AP)

It’s not unreasonable to say that documentaries as we understand them today would be different if it weren’t for Albert Maysles and his brother, David. The two are perhaps best known for Gimme Shelter, which followed the Rolling Stones all the way to their tragic, fraught concert at the Altamont Speedway, and Grey Gardens, a simple, elegiac film about two everyday women. And the brothers were essential figures in North America’s direct cinema/cinéma vérité movement: You know the feeling of being a fly on the wall as you happen to glimpse a rare, fleeting, beautiful moment in a film? Well, that’s thanks to Albert and David Maysles, whose trademark was finding the extraordinary in the ordinary and the remarkably ordinary in the famous, a school of thought that feels built into documentary-making today, but was innovative for its time.

David died at age 55 in 1987, but Albert carried on their work and, in recognition of the 49 films Albert had a hand in directing, U.S. President Barack Obama awarded him the National Medal of Arts in 2014. But, in March, at the age of 88, Albert died—although he was working right until the end. His new documentary, out in theatres now, is called Iris, and it’s about the 93-year-old, fun-loving style maven Iris Apfel.

As the “last Maysles film,” according to his daughter Rebekah—who was a producer on the film—Iris becomes drenched in double meaning: An 88-year-old’s documentary on a 93-year-old becomes a delightful yet moving treatise on mortality, aging, love and work.

The hosts of the Thrill, Maclean’s weekly pop-culture podcast, reached out to Rebekah by phone and spoke to her about her father’s legacy, what drew the filmmakers to Apfel as a character, and what she learned from Albert. Listen below, or to the full show here. Subscribe for free now on iTunes, or on Stitcher. Android users can find us on Beyondpod.