TIFF 2012: Catching up with Monty Python

With Graham Chapman's memoir coming to the screen, a look at what the other members have been up to 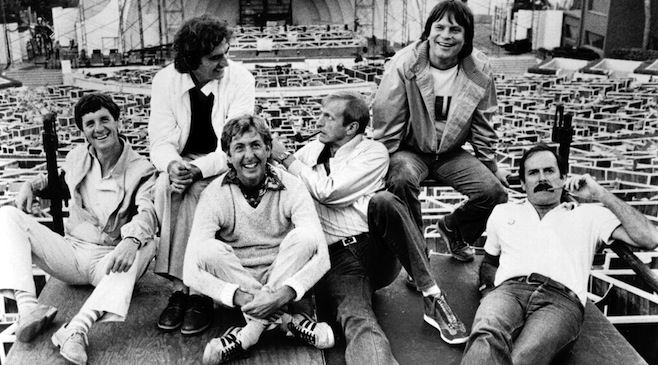 This year at TIFF Graham Chapman’s fanciful memoir, the aptly titled A Liar’s Autobiography: Volume VI, will be brought to life on screen through animation. There doesn’t seem to be much that the Python gang holds sacred, from the veracity of memoirs to memorial itself: John Cleese can be seen on Youtube (literally: see the video below) beaming with pride that he gets to be the first person to say “f–k” at a British memorial – the one for Chapman incidentally, who died of cancer in 1989.

All members of Monty Python, save for Eric Idle, will add voices to this animated film, including Chapman who recorded readings of the book shortly before his death. We know that since Monty Python ended Graham Chapman has written a phony memoir and died, but what have the others been up to? Aside from all them having asteroids named after them and all members being featured in the documentary What the Pythons Did Next…, here’s a round-up.

Eric Idle appeared on Saturday Night Live, created the Rutles, and “lovingly ripped-off” Monty Python and the Holy Grail turning it into the Broadway musical Spamalot. While the other members may have had creative reservations, most have publicly commented on enjoying their earnings from it.

Michael Palin has kept busy writing comedy and acting. He has authored mysteries, histories and children’s books. But his face is probably as well known now for his quirky, personal travel documentaries as it is for the dead parrot sketch. The irreverent Python sensibility animates each of these programs as Palin guides viewers by train, boat and foot through extremes like the Sahara desert or the not so extreme footsteps of Ernest Hemingway.

John Cleese has continued to be funny in ways you would expect. He has also been a visiting professor and a professor at large for Cornell University, which you might not expect – until you remember Greek philosophers playing soccer against German Philosophers.

Terry Jones has brought his humorous sensitivity to historical television series. What could be wilder than Monty Python’s take on history? Oh yeah, the real thing, as evidenced by his Surprising History of Series and his series on the crusades. He’s also waged his own crusade against the war in Iraq, having his editorials collected in a book called Terry Jones’ War on the War on Terror. (See images from our photo shoot with Jones here.)

Terry Gilliam is as famous for the films he has directed, 12 Monkeys and Fear and Loathing in Las Vegas, as he is for the ones he hasn’t, such as his aborted Don Quixote project.