TIFF 2012: Robert Redford is back in the director's chair

His latest film, 'The Company You Keep,' premieres at the festival, but don't forget about the other eight he's directed 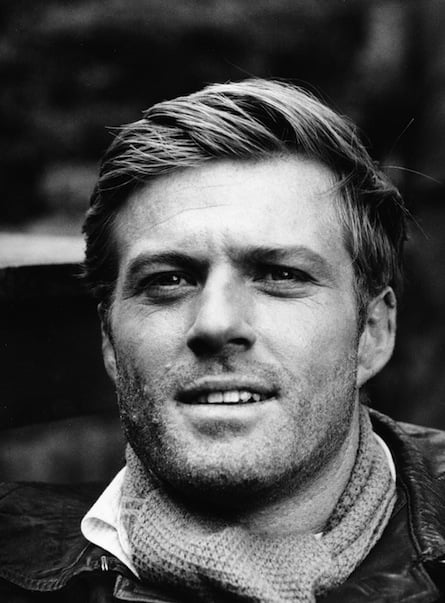 Portrait of Redford from the '60s (Getty)

The Company You Keep, a film about a civil rights lawyer and single father who goes on the run after his true identity as a former 1970s radical fugitive wanted for murder is exposed by a journalist, has its North American premiere at TIFF on September 9. The film stars Robert Redford, and marks his  ninth time in the director’s chair.

Now, if you were born before 1980–male or female–you can probably close your eyes and recall Redford’s thespian turns in Jeremiah Johnson, The Way We Were, Butch Cassidy and the Sundance Kid, The Sting, The Great Gatsby, All the President’s Men and, of course, Out of Africa. (Many women never washed their hair quite the same way after the latter film.)  Or at least you can recall the photos. Those beautiful, some of them very iconic, photos.

And if you were born post-1980, you might just know Redford as the 75-year-old guy who started the Sundance Film Festival. But lest we forget that the fair-haried, blue-eyed actor is also the director of some pretty great movies. Well, most of them.

His directorial debut about the breakdown of a family after the death of a son (based on a book by the same title) not only landed the then-unknown Timothy Hutton an Oscar for Best Supporting Actor but it also secured one for Redford for best director. Not a bad way to start things out.

His second crack at directing was also based on a book, this time about a man who defends his community and his crop against Big Business. Although the film received mixed reviews it still picked up an Oscar for Best Original Score.

Again, based on a book. This one follows the lives of two sons whose father is a fly fish-loving Presbyterian minister living in Montana. It starred a 29-year old Brad Pitt. I will not talk about how handsome Brad Pitt is in this movie, which was nominated for three Academy Awards for cinematography, best original score and best adapted screenplay.

This one was adapted from a memoir (that’s a book) by Richard Goodwin, which chronicled the 1950s Twenty One quiz show game fixing scandal. Here’s a fun fact: Rob Morrow was handpicked for his part because Redford liked him so much on Northern Exposure, maybe the best television show in the history of the world. It was well-received and garnered four Academy Award nominations, including Best Picture and Best Director.

Guess what? This movie, starring Kristen Scott Thomas, a 13-year-old Scarlett Johansson and Redford himself in the title character, is also based on a book.

A once-promising golfer (Matt Damon) loses it all after World War I but attempts to recover his game-face after a mysterious caddy (Will Smith) helps him along. Critics didn’t warm to it. Neither did the Academy. And it’s based on a book.

With a cast that included himself, Tom Cruise and Merryl Streep, the film–which wasn’t based on a book–about the connections between soldiers in Afghanistan, a senator, a reporter and a college professor, had all the makings for cinematic gold. But the reviews were pretty rotten. So were the box office receipts.

This historical drama premiered at TIFF in 2010. It tells the story of the only female conspirator charged in the shooting of Abraham Lincoln (Mary Surratt, played by Robin Wright) and the first women to be executed by the United States federal government. It did very poorly at the box-office. And it was not based on a book.

FILED UNDER: A River Runs Through it Legend of Bagger Vance Ordinary People Quiz Show The Conspirator The Milagro Beanfield War tiff2012