As the red carpets get rolled up, here are the moments that made me cringe, plus the 5 best ones that left me giggling with delight 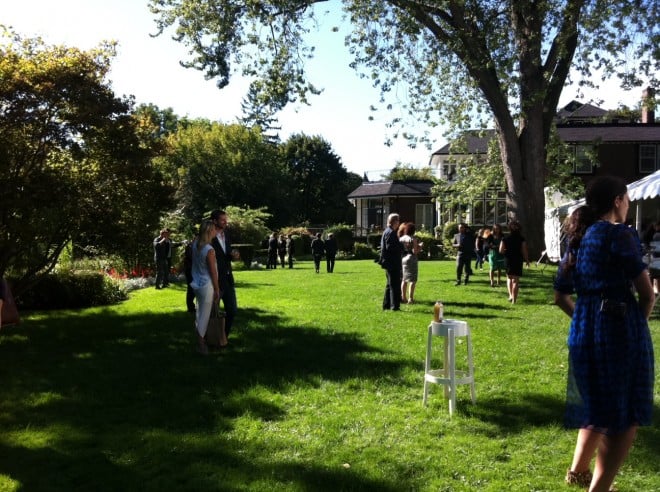 The APJ lunch, hosted by Paul Haggis and Jude Law

1. The skies cleared just in time for the afternoon Artists for Peace and Justice lunch hosted by Paul Haggis and Jude Law on September 8. It was a casual event–Alexander Skarsgard wore jeans and a sweater–held in the backyard of the University of Toronto president’s estate in Toronto’s affluent Rosedale neighbourhood. Spirits were high. Why wouldn’t they be? There was great food and drink, plus Arcade Fire and K’naan were slated to perform, along with Raine Maida of Our Lady Peace and his wife and fellow musician, Chantal Kreviazuk. 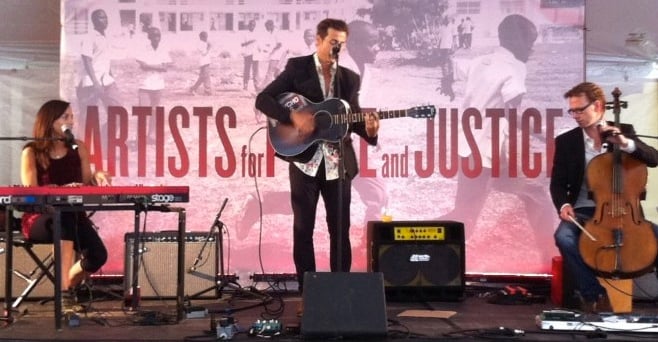 As the latter took the stage, audience members, who’d paid a hefty ticket price to help raise funds for the children in Haiti, were mingling and chatting. But Kreviazuk wouldn’t perform until the audience settled down, which she repeatedly requested. After the first song, Kreviazuk asked the crowd, who may have very well been in the middle of brokering charitable contributions, to hold their horses. Her husband seemed to be capable of performing under such harsh conditions, the singer-songewriter said, but she could not. The silver lining? $550,000 was raised for Haggis’s foundation. (Watch our video with the director and AJP founder here.)

2. On the Anna Karenina red carpet, Aaron Taylor-Johnson, who plays Count Vronsky in the film opposite Keira Knightley, seemed annoyed when I asked what he meant in a recent Guardian profile when he compared his character to a dumb blond:

I’m kind of like the typical blond in the movie. It’s a golden age, and I’m this dashing blond young officer in a white uniform. It’s a study in privilege, really.

As you can see from the quote, he didn’t say “dumb blonde.” He said “typical blonde.” I messed up. And he corrected me, over and over again. Count Vronsky isn’t dumb. He’s far from dumb. He’s not dumb at all. It was the longest 33 seconds of TIFF.

3. The longest elevator ride of the festival took place on the way up to the Hello party at the Ritz-Carlton hotel on September 8. My companions? Conrad Black and Barbara Amiel. Silence. Awkward, but golden, silence.

4. On the Imogene red carpet, reporters expected the Kristen Wiig of Saturday Night Live, or Bridesmaids: a performer who’s hilarious, 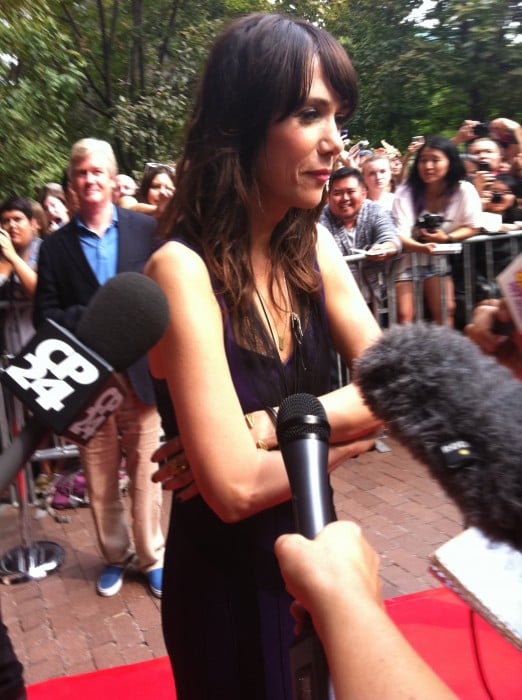 quick and sharp. But we got shy, timid and squeamish. Mind you, not all the questions she was asked —”What’s it like to be a sex symbol?” —were Pulitzer prize-winning material. It must be exhausting being “on” all the time. But Wiig was there to promote a movie that Indiewire predicts could be one of five at the festival to inspire a bidding war. That time putting it “on” on the red carpet is part of an actor’s $1-million plus price-tag. And Wiig fell flat.

5. Contrast Wiig’s lack of enthusiasm with that displayed by Billy Connolly, Dustin Hoffman and Maggie Smith on the Quartet red carpet. The reporter beside me was dressed in the standard uniform of most female media on the red carpet: short dress and four-inch-high platform heels. Apparently no one told her that touching the talent is a bad idea. We were told that Hoffman and Smith, who were walking the carpet together, would only be taking a few more questions. “Don’t worry,” said the reporter next to me. “I’ve got a really good question.”  She then manoeuvred her behind against the red rope pushing it out a good foot onto the carpet, wrapped her arm around Hoffman, smiled for the camera and said, “So tell me Maggie, does Dustin have a big head now?”

After a few awkward interchanges, Hoffman suspected that the reporter hadn’t seen the film. That’s when I, who saw Quartet the previous week, turned into the over-eager seven-year-old version of myself, and made my move.  They came over and we got a great video out of it. Afterwards, the reporter was taken aside and told if she ever pulled that kind of move again, she’d lose her TIFF accreditation.

1. At the end of Day 2 at the Spring Breakers after-party, a few members of the media shared some of their best festival moments had so far. I recounted my awkward moment with Aaron Taylor-Johnson to Lainey Lui of Laineygossip.com and CTV’s eTalk, who is fascinated with the 22-year-old actor and his 44-year-old wife, Sam Taylor-Wood. I also told her how I was privy to not one, but two, intimate moments the pair shared earlier that evening:on the Anna Karenina red carpet, and later at Soho House where the couple, who have two children together, was in deep conversation and communicated as though they were the only two in the room. It was mesmerizing. Lui confessed that she’d trade her Eva Mendes-rubbing-Ryan Gosling’s-back-moment for my moment with the Taylor-Johnsons. “And you can quote me on that one,” she said.

2. The all-supreme TIFF media maven, The National Post’s gossip columnist Shinan Govani, told me I had a good voice for radio.  I call it shrill. He called it, “authoritative.”

3. Getting to see at least a dozen press screeners in near-empty theatres with fellow Toronto-based media before the international media arrived.

4. Rachel McAdams on the To The Wonder red carpet. Not only is her favourite Terrence Malick film, Days of Heaven, the same as mine (OMG WE HAVE SO MUCH IN COMMON), but the thoughtful St. Thomas, Ont. native remembered me from years ago as a server working at a couple of restaurants she used to frequent. That is classy. (Okay, and snorting, giggling and howling through this video with the creators of S–t Girls Say.)

5. All five of the awkward moments listed above.