Here's Brian D. Johnson's review of the series finale. (Spoiler alert: he wants you to know there will probably be more.) 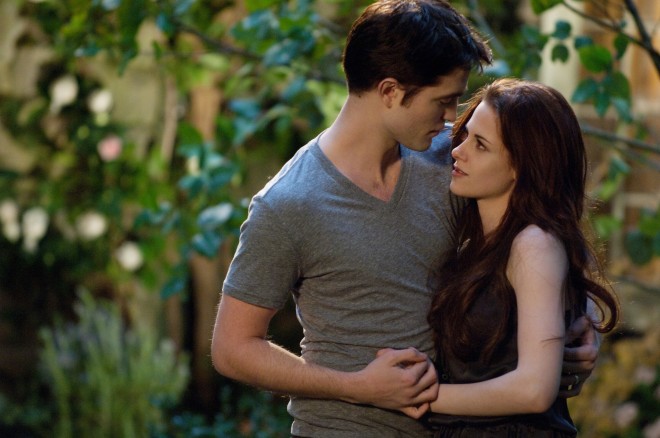 One of the strangest movie franchises every created has finally drawn its last breath. At least for now. Nothing is more undead than a blockbuster franchise, so just because they’ve run out of novels, that doesn’t rule out more movies, as James Bond has amply proven. But the series finale, The Twilight Saga: Breaking Dawn Part 2, brings Stephanie Meyer’s series to a close. Which will come as a relief to a certain breed of pallid bloodsuckers. I’m talking about film critics, of course. It’s easy for us to be cynical about these movies. Their erratic tone, which careens between unabashed romance and shabby camp, almost encourages it. And even the most devoted fans aren’t immune to the odd burst of derisive giggling. That’s part of the fun. I’m not a fan—wrong gender, wrong age.

But I’ve always been twi-curious, and as I’ve dutifully sat through each of the installments, there have been plenty of guilty pleasures along the way. Twilight‘s extended family of bloodsuckers are downright adorable—the best-looking, most wholesome collection of vampires you could ever wish to meet. It’s hard not to feel affection for them. Even while panning the honeymoon-from-hell of Breaking Dawn Part 1, I had to admit that “the actors are such a perky, spirited bunch you want to cheer them on, like a high school football team.”

The finale is, above all, a fond farewell to these characters, who are now getting along like never before.

There’s not much story to it. All of the conflicts among the principals have been resolved. Edward (Pattinson) and Bella (Stewart) are raising their half-human, half-vampire daughter. The rivalry between Edward and Jake the Wolf Hunk  (Taylor Lautner) has surrendered to family harmony, as Jake becomes the daughter’s fierce protector. Bella, whose eyes now glow like garnets, has no regrets about her new immortality.  (“I was born to be a vampire.”) She doesn’t know her own strength, her sexual appetite is boundless, Edward dotes on her, and Jake is the perfect babysitter. Everyone is poised to live happily ever after . . . if it weren’t for that pesky vampire Mafia. 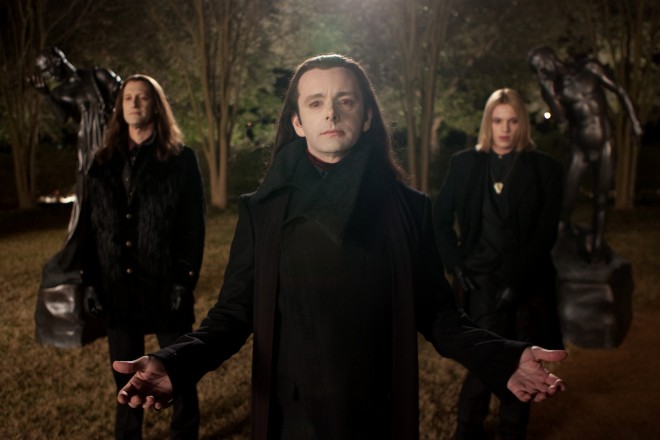 The Volturi, the all-powerful coven of Euro-vampires, consider the half-human daughter a threat and have vowed to kill her. Much of the movie consists of the Cullen clan rallying allies from around the world to form an undead Coalition of the Willing who can mount a defense against the inevitable Voluri surge. It’s not unlike an X-Men movie, with assorted vampires flaunting their idiosyncratic superpowers. 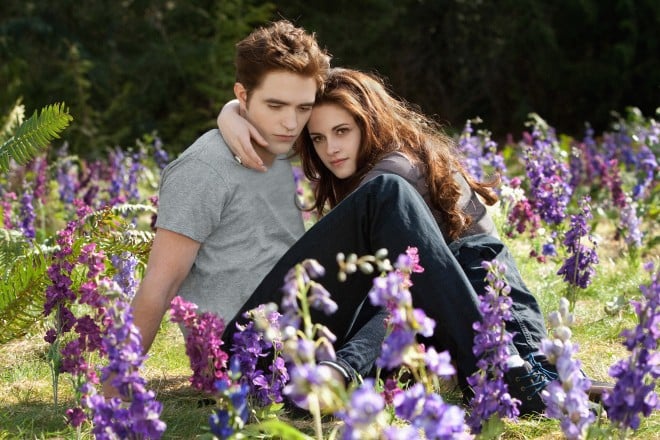