Two faces of Toronto at TIFF: 'The F-Word' and 'Enemy'

Hogtown is ready for its close-up—as the Beauty or the Beast, depending on the movie 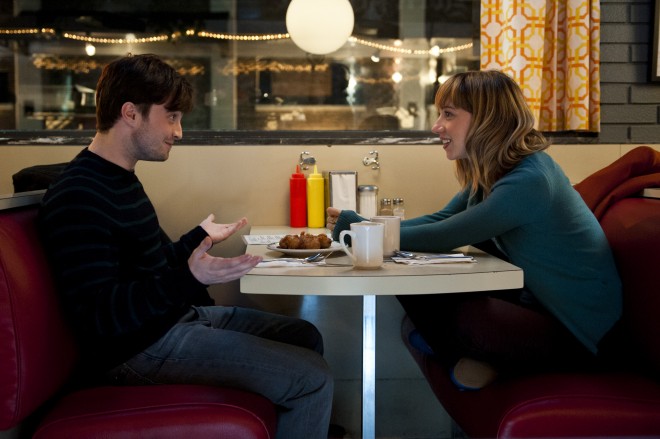 Toronto takes stubborn pride in TIFF. Although the festival makes downtown gridlock even more hideous than usual, and clogs the local media with red-carpet porn, it validates Toronto’s insatiable desire to be what we parochially called “a world-class city,” our no-class mayor notwithstanding. But when you battle your way through traffic to watch at movie at the festival, then see the city strike an unfamiliar pose on the screen, it’s a weird. This year two Canadians films gave Toronto a big starring role. But if you’ve never been there, you would never guess they were shot in the same place. One is The F Word, in which Montreal director Michael Dowse shows off the city as we’ve never seen it before, a ultra-hip town of parks and cafes where girls sunbathe in bikinis on the beach, stroll the boardwalk  and swim naked in the moonlight. The other is Denis Villeneuve’s Enemy, in which that same waterfront viewed as a grey, impenetrable wall of condo high rises that go on forever. My reviews of the two films: 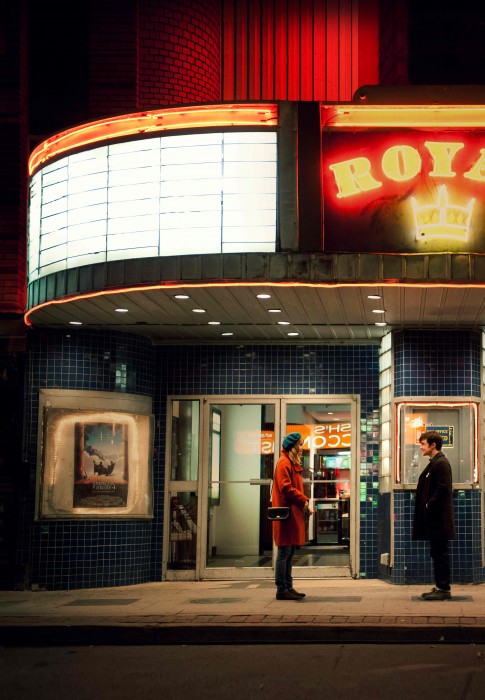 The F Word Romantic comedy is genre that has eluded Canadian filmmakers, who tend to skirt around the requisite formula rather than embrace it, like musicians refusing to play a straight-ahead pop song. But finally here’s a Canadian movie that nails the romcom. With The F Word, Dowse (Fubar II, Goon) shows how its done in a film that almost flaunts its contrivances. Wallace (Daniel Radcliffe) and Chantry (Zoe Kazan) meet cute in a blaze of witty banter. He’s a chronically single med-school dropout and she’s an animator with a steady boyfriend, a humorless U.N. copyright law negotiator. They spend most of the movie in that vintage Woody Allen limbo of best friends in romantic denial, while Chandra’s sister (Megan Park) and Wallace’s pal (Adam Driver) provoke from the sidelines. Revealing its provenance as a play, the glib dialogue is too clever by half. But its richly entertaining. The performances and the direction are sharp. And despite the fact that the cast is largely non-Canadian, Dowse has made a movie that at least looks Canadian, in a good way. Shooting the hell of Toronto, he’s composed  a sexy, yet authentic valentine to the city, framing it as a lakefront paradise. Sure, Atom Egoyan and Sarah Polley made it glow in Chloe and Take This Waltz respectively. But from the Beaches boardwalk to Riverdale Park, Dowse makes it look cool, as a place where people might actually want to live. Radcliffe and Kazan even go skinny dipping in the lake below the Scarborough Bluffs. And you can’t fake that. 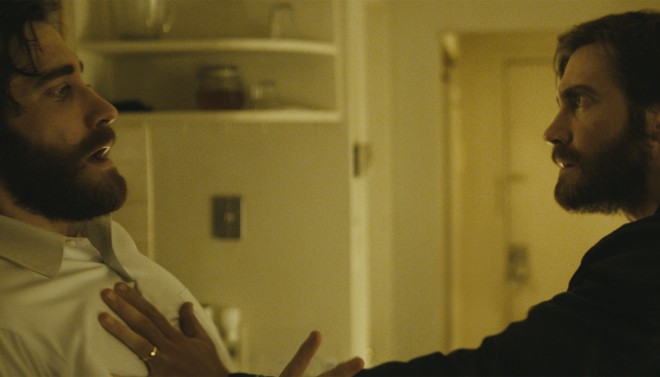 Enemy – This is the “other” Denis Villeneuve film at TIFF. Overshadowed by Prisoners, his Hollywood debut, it’s a Canadian art house curiosity, yet it too stars Jake Gyllenhaal. And just when you thought English Canadian cinema could not get any more weird, Villeneuve has upped the ante, like a provocateur breezing in from Montreal to peel back the dark underbelly of Toronto. He’s composed a perverse existential puzzle that conforms to the canon shaped by Cronenberg and Egoyan as if to the manor born.  Based on the novel The Double by Nobel Prize-winning author Jose Saramago, Enemy is a psycho-sexual thriller about Adam, a university lecturer who discovers he has an exact double named Anthony, a minor actor with a secret life. Gyllenhaal plays both men, who are a study in opposites. Adam is a shy, sensitive soul who lives in a barren low-rent Toronto high-rise and has distracted sex with a blond girlfriend (Melanie Laurent). Anthony is a brash philanderer with a secret life who lives with a blond, very pregnant wife (Sarah Gadon)—their home is a luxurious Mississauga condo, one of those curvy showpieces. With a grim palate that swings from grey to smog-yellow, the camera dotes on condos, office towers and freeways, a forbidding haze of concrete. If The F Word makes Toronto look warmly liveable, the city has never looked more austere than in Enemy, not even in Cronenberg’s Crash. Villeneuve’s portrait of urban angst is a creepy essay about identity, anonymity and the horror of not knowing the man who shares your bed. Its glacial narrative, which stops cold with a baffling twist at the end, is not what you’d call user-friendly. But between the Two Jakes and their two solitudes, Villeneuve creates a delicious tension—a sense of lurking menace that casts a narcotic spell.