Photographer Albert Watson on getting the stars to pose 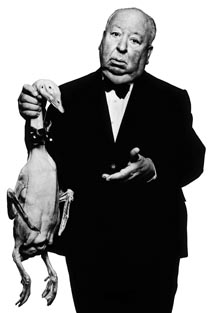 Albert Watson was relatively unknown when he got the assignment to shoot Alfred Hitchcock. It was for an article in Harper’s Bazaar about the director’s culinary skills. He was supposed to shoot the director presenting a plate of roast goose under the headline “Alfred Hitchcock cooks his own goose.” But Watson had a better idea. He thought it would be funnier if Hitchcock hoisted an uncooked goose by the neck, as if throttling it. Watson was 31, and directing Hitchcock took nerve. “But he was like an actor,” the photographer recalls. “He brought something to the table. He even did several poses where he pretended to cry.” The shot, taken in 1973, made Watson’s career. Since then, he has coaxed icons such as Clint Eastwood and Queen Elizabeth II to “bring something to the table.” Building a portfolio that encompasses celebrity, fashion, advertising and fine art, Watson, 70, now ranks among the world’s legendary photographers.

His images have graced more than 100 Vogue covers, filled five books, and been featured in museums around the world. This week marks the opening of his first Canadian show, at Toronto’s Izzy Gallery. Born in Edinburgh, and blind in one eye since birth, Watson is one of the rare photographers who still shoots almost everything on film, rather than digitally. Speaking by phone from his Manhattan studio, Watson recalls that when he photographed Steve Jobs for Fortune, the Apple visionary looked at his camera and said, “Oh my god, why are you shooting film?” The photographer replied that he felt digital was “not quite there yet.” Jobs, he says, “pointed a finger at me and said, ‘Right, but we’ll be there soon.’ ” When Jobs died five years later, Watson’s shot of him staring down the camera became the iconic portrait, gracing Apple’s online memorial and the cover of Walter Isaacson’s biography.

What’s also old-school about Watson is that he makes his own prints, which routinely sell for five figures. In 2007, his print of a young, nude Kate Moss was auctioned for $108,000. “She was sensational to work with,” says Watson, noting that Moss wasn’t famous when he shot her in Marrakesh for German Vogue in 1993. “The first day we worked 12 hours straight. She had a quick sandwich for lunch. At the end of the whole thing, she said, ‘Today’s my 19th birthday.’”

After shooting supermodels and Hollywood stars, Watson observes a marked difference in how the two species perform for the camera. “Really stellar models have a natural instinct for movement that relates to a still camera. Nicole Kidman may be tall and skinny and can model a dress but she doesn’t have that body language.” Actors, meanwhile, can be strangely wary of the camera.

Watson’s first session with Eastwood got off to a rocky start. The actor rang his doorbell and a gruff voice came over the intercom. “All he said was ‘Eastwood,’ ” Watson recalls. “He was wearing a peachy-pink top and a pair of slacks, like a golfer. I had a groomer, who was very excited to be putting some powder on Clint Eastwood. He said, ‘No powder,’ and the girl almost burst out crying. I’d got him some 1950s Wrangler shirts. ‘That’s too cowboy for me,’ he said. ‘Isn’t this a story about me?’ I said, ‘Yep, but it’s not for your piano, it’s for the cover of Rolling Stone.’ ” Watson held his ground, and finally wrangled Dirty Harry into vintage denim.

Some stars are a breeze. Jack Nicholson, he says, “just switches on a light in his brain when he walks onto the set. It’s like greased lightning photographing him.” Even with the most elaborate studio set-ups, Watson has learned to grab the spontaneous moment. Nicholson arrived smoking a cigar, and it became part of the shot. Similarly, when Keith Richards showed up and asked if he had time for a cigarette, that prompted a frame of the guitarist enveloped in nimbus of smoke.

Among a lifetime of subjects, Watson says the most difficult was guitar legend Chuck Berry: “He was an absolute jerk. He was rude, he was rude again and then he was ruder. I took a Polaroid to make sure everything was working and he walked away. I had one frame.” By contrast, a young Mike Tyson was “so polite.” Remembering that his Scottish father, a professional boxer, used to talk about the power contained in a fighter’s neck, Watson asked to shoot the heavyweight from behind.

So who’s left for Watson to turn his lens on? “I’ve never shot Obama,” he muses. “I think I could do a portrait of him, whether he wins or not.” 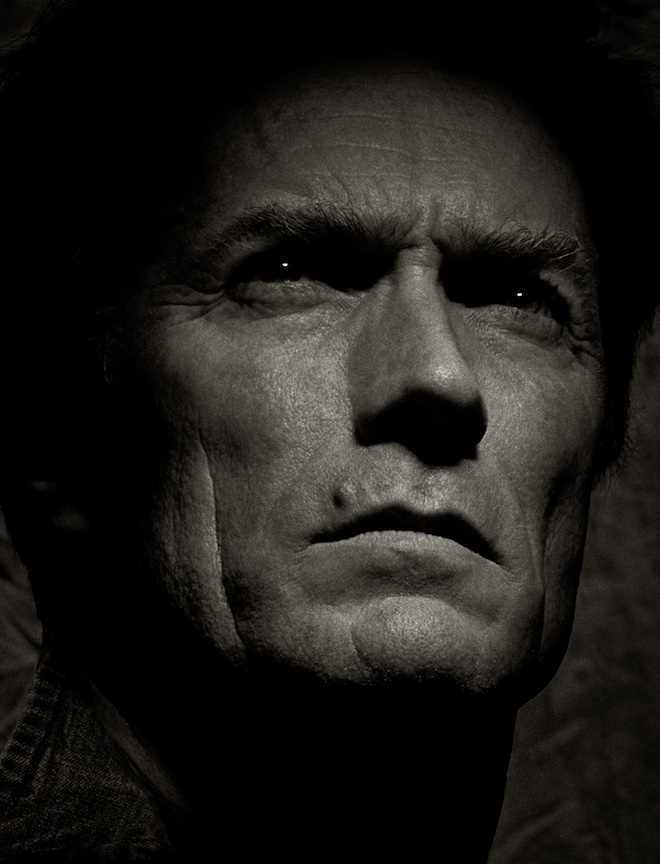