What does the future of Black filmmaking look like?

From Nollywood's success to new Amazon series and festival projects, this is a moment to consider how far Black cinema has come, and where it can go 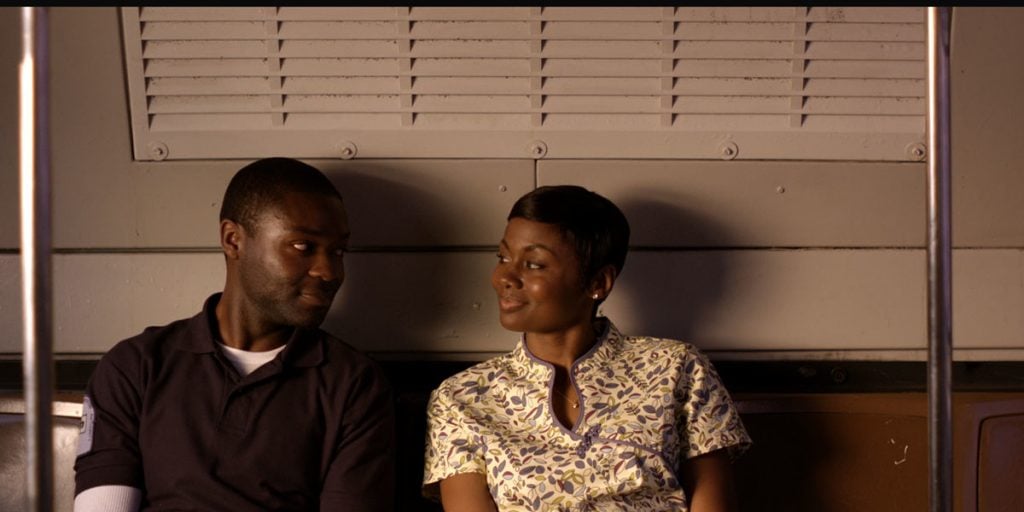 From the click and whirr of 35mm film projectors to the laser-sharp crispness of digital cinematography, Black people and stories have long lived on screen. Across generations and geographies, from past to present, what can be said of how Black cinematic identities have formed—and how will they evolve in the future?

The depiction of Blackness on film has been a complex matter for decades. Global film industries have been shaped by the dominance of whiteness, displayed in everything from who holds gatekeeper positions to the covert or overt racist expectation that stories satisfy the white gaze. Hollywood’s first spoken film, 1927’s The Jazz Singer, was itself an exercise of Black erasure through the utilization of blackface. This dominance has impacted which stories get told, how they’re told, and by whom.

But a palpable shift is underway. “To put Black subjects at the centre of cinema, to make Blackness the focus of the identification and worship that defines film stardom, is to take as a given that Black lives matter,” Toronto International Film Festival artistic director Cameron Bailey writes in an introductory article about the Black Star retrospective program, which is celebrating a century of Black film at Toronto’s TIFF Bell Lightbox until Dec. 22.

It showcases how far we’ve come. Screening veritable classics like Carmen Jones (1954) and Car Wash (1976) alongside more current titles like Love, Sex, and Eating The Bones (2003) and Middle of Nowhere (2012), the Black Star program—curated by Ashley Clark in collaboration with the British Film Institute, and with support from the Hal Jackman Foundation and guest programmer Ella Cooper—will provide the foundation for important conversations that will carry us into the next 100 years.

It also serves as a reminder that Blackness is not a monolith, and that Hollywood is not the only thriving film industry in the world. In Nigeria, Nollywood—the country’s cinematic institution—pumps out 1,500 movies a year and has surpassed Hollywood to become the second-highest volume-generating film industry, behind India’s Bollywood. In Emily Witt’s book Nollywood: The Making Of A Film Empire, Nigerian documentarian Femi Odugbemi explained that colonialism shaped the early narratives of Nigerian film, and independence from Britain in 1960 ushered in a new wave of self-definition that was expressed through the medium. “People who were the consumers began to become the storytellers … There were a lot of films in Nigeria through the years, but none spoke our voice,” he said. “None recognized our existence as a distinct culture, as a distinct civilization, a distinct aspiration.”

After being the backdrop for numerous Hollywood classics and blockbusters like Dr. Doolittle and Casino Royale, the Caribbean has also started to come into its own creatively. The 1972 film The Harder They Come, screening at Black Star, was a cinematic success in Jamaica due to its authenticity. “Black people seeing themselves on the screen for the first time created an unbelievable audience reaction,” said director Perry Henzell in Barbara Mennel’s book Cities and Cinema. “No films with or by Jamaicans in general, or Black Jamaicans, or poor Black Jamaicans for that matter, were available before The Harder They Come,” added Mennel.

And in an effort to create a cohesive film industry across the region, entities like the Trinidad and Tobago Film Company Ltd have created grant programs to support local filmmakers. The Toronto-based CaribbeanTales organization is working to provide the foundation for a sustainable Caribbean/diasporic film industry. The CaribbeanTales International Film Festival makes an effort to showcase films that not only share the stories of Black and brown people, but also show the intersections of class, gender, sexuality, and ability. 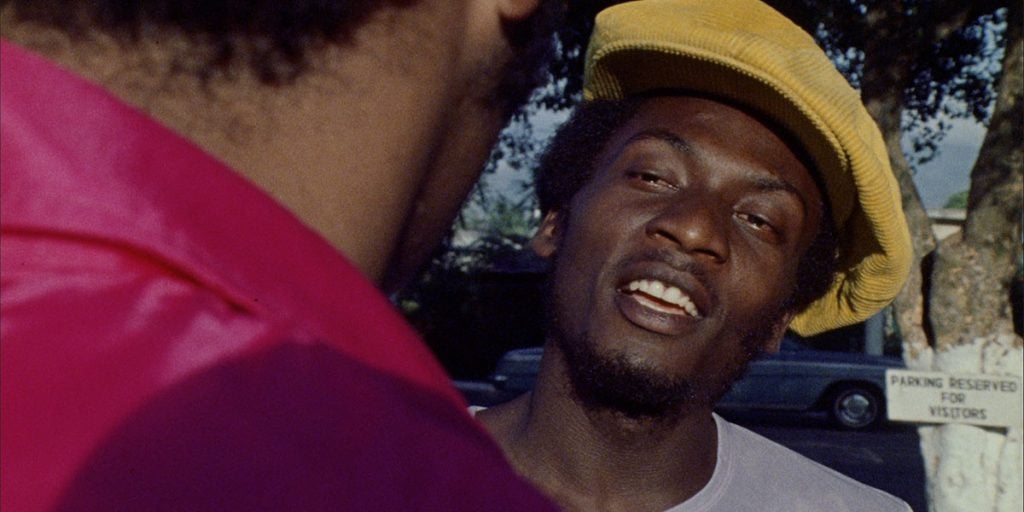 Indeed, Black filmmakers and other creatives have always had the skill, the talent, and the drive to shape their works, but accessibility and opportunity will be the game-changers that push the evolution of Black cinema. From YouTube serving as a DIY home for independent films and web-series to the ever-expanding world of entities like Netflix and Amazon, entering the market is becoming more accessible. This not only impacts the aspirations of creatives, but it also impacts the choices available to audiences, and both aspects germinate something new in the other.

Take Nollywood, for instance. Gone are the days when you had to rely on obtaining a DVD of your favourite flick—Netflix now hosts a wide selection of Nollywood titles, opening it up to fans around the world. Through accessibility for creatives and audiences, new ideas and expressions of Black life on film will continue to broaden and take new shape.

And Amazon Studios has announced it will produce an original series based on Jamaican-born author Marlon James’s Man Booker Prize-winning novel, A Brief History of Seven Killings, which details the real-life attempted assassination of Bob Marley in 1976, and weaves a fictional tale of the political and cultural aftermath. The adaptation will be directed and co-executive produced by Melina Matsoukas—the chief director of HBO’s Insecure who has made a name for herself through working with artists like Beyoncé, her sister Solange, and Rihanna—with James writing the script and co-executive producing as well. Pushing Black people and other people of colour to the forefront is a given with Matsoukas, and her passion for piercing through the status quo of Hollywood is apparent. Coupled with the hands-on partnership with James himself, it’s exciting to anticipate what will be revealed through this series, and what doors it will open in both the literary and cinematic worlds—and hopefully it paves the way for more creations from underrepresented authors, more stories that shake up the assumed normalization of whiteness, and more works that come to life on screen with people who reflect diversity both in front of and behind the camera.

Film festivals are also doing their part. Toronto-based Kenyan-Somali filmmaker Samah Ali recently made waves with her short film hyphen-nation—a kaleidoscopic documentary about the Black Canadian identity featuring five Black Canadian women of varying heritages—recently screened at this year’s Regent Park Film Festival. It’s Toronto’s only free film festival, and one that centres films that “break stereotypes and show that no one place or person has just one story.” “We really want to show different narratives that you wouldn’t normally see through other means, through the mainstream media,” said festival programmer Sojin Chun. Through the efforts of film festivals providing space for new visions, and the efforts of filmmakers like Ali who utilize their platform to share their truths, an awakening will arise in terms of which stories of Black life are worthy of being told—and we will undoubtedly see more creators be inspired to share the tales that live inside of them.

Where we see the evolution of Black cinema through fighting for inclusion and rightful seats at tables—take the dynamic #OscarsSoWhite campaign, for example—there is also power in creating tables of one’s own. Filmmaker Ava DuVernay founded ARRAY, a global distribution and advocacy collective, amplifying films by underrepresented groups like women and people of colour. Through ARRAY, Black filmmakers like Alrick Brown (Kinyarwanda), Damani Baker (The House on Coco Road), and Tina Mabry (Mississippi Damned) now have the opportunity to start levelling the playing field, continuing to push the boundaries of what Black cinematic identities look like. “So much of the history of Black film, at least in the mainstream, has been ‘one at a time’, whether it’s one major superstar—Sidney, Eddie, Denzel—or director (Spike Lee), and modes of expression have often been limited to a handful of genres—action, comedy, melodrama,” said Clark, Black Star’s curator. “But in recent times we’re seeing more of a multiplicity of Black voices, in both film and television, and I hope that growth continues apace.”

MORE: Game of Thrones—and the fantasy genre—has a diversity problem

As seen in the curation of TIFF’s Black Star series, each film—from Stormy Weather (1943) to Jean of the Joneses (2016)—acts as a lit candle, igniting the wick of the next one to come. We can see where we’ve been, and we use it as the guide to see where we’re going—figuring out how to scale obstacles, dodge pitfalls, and birth new ideas and opportunities, all leading to a bright new future for Black cinematic identities.